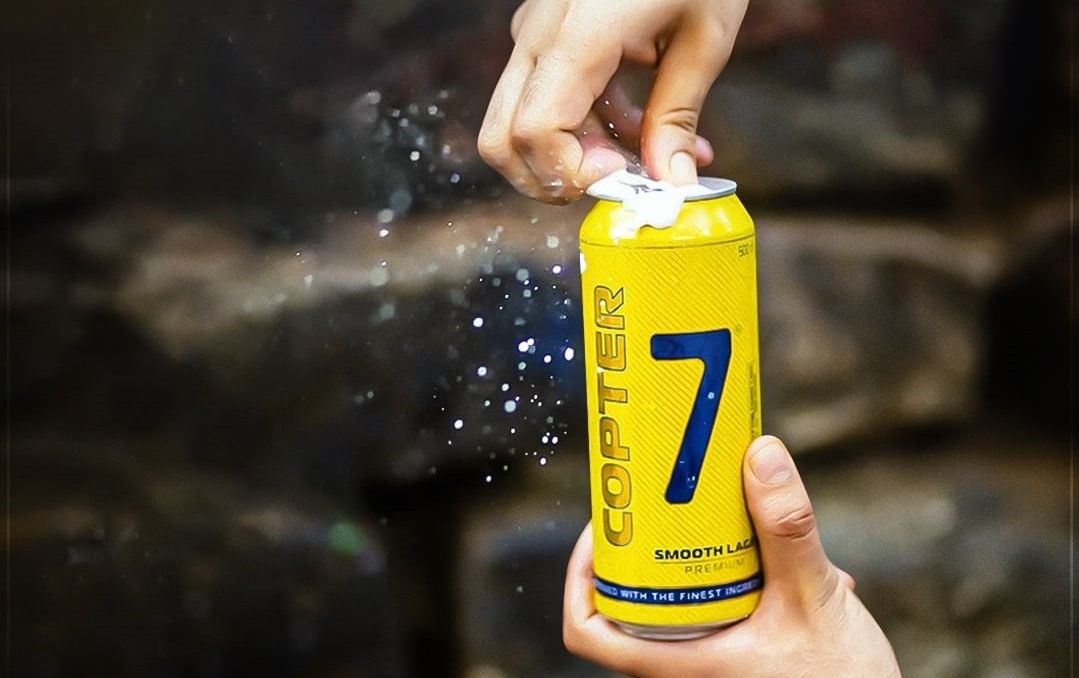 There’s a beer storm brewing in India, and this is the perfect time to fill your glasses with these homegrown beer brands.

There’s been a huge surge in the homegrown beer scene, which has led to the launch of many new varieties of beer that were not available in the Indian market. Places like Chhattisgarh, Goa, Madhya Pradesh, Bengaluru, Delhi and Pune have their own breweries now and are brewing the best craft beers. Here’s looking at some of the best homegrown brands we have today! 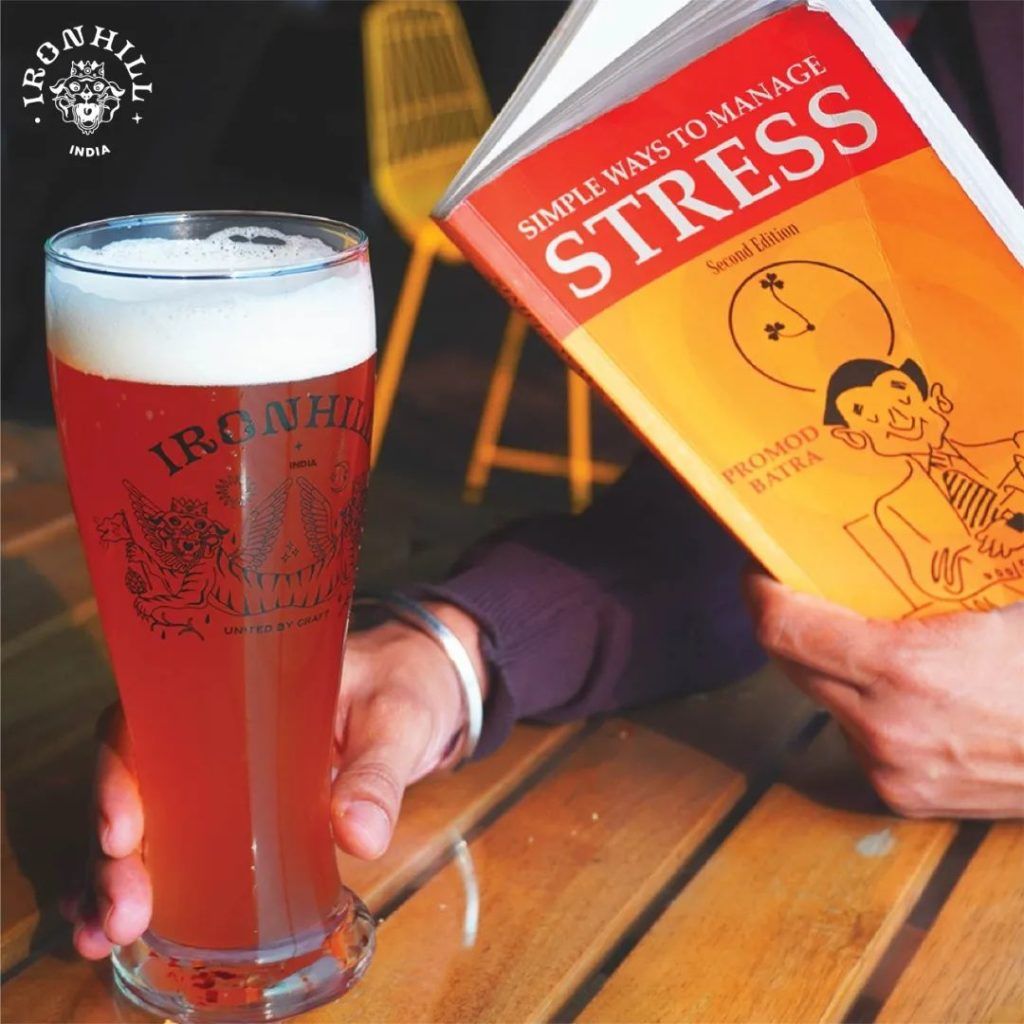 With expert brew-masters who have travelled around the world to unearth some of the most supreme flavours, Ironhill beer offers exciting flavors of beers on tap. This beer is brewed with the highest quality raw materials imported from their source countries and some locally sourced to unite the craft beer lovers with original brews. Ironhill India was started in 2017 by Teja Chekuri, as the first micro-brewery in Andhra Pradesh. This beer is now available in Vishakhapatnam, Vijayawada, Hyderabad and Bangalore, but by the end of 2022, they plan to expand in  more cities across the country. 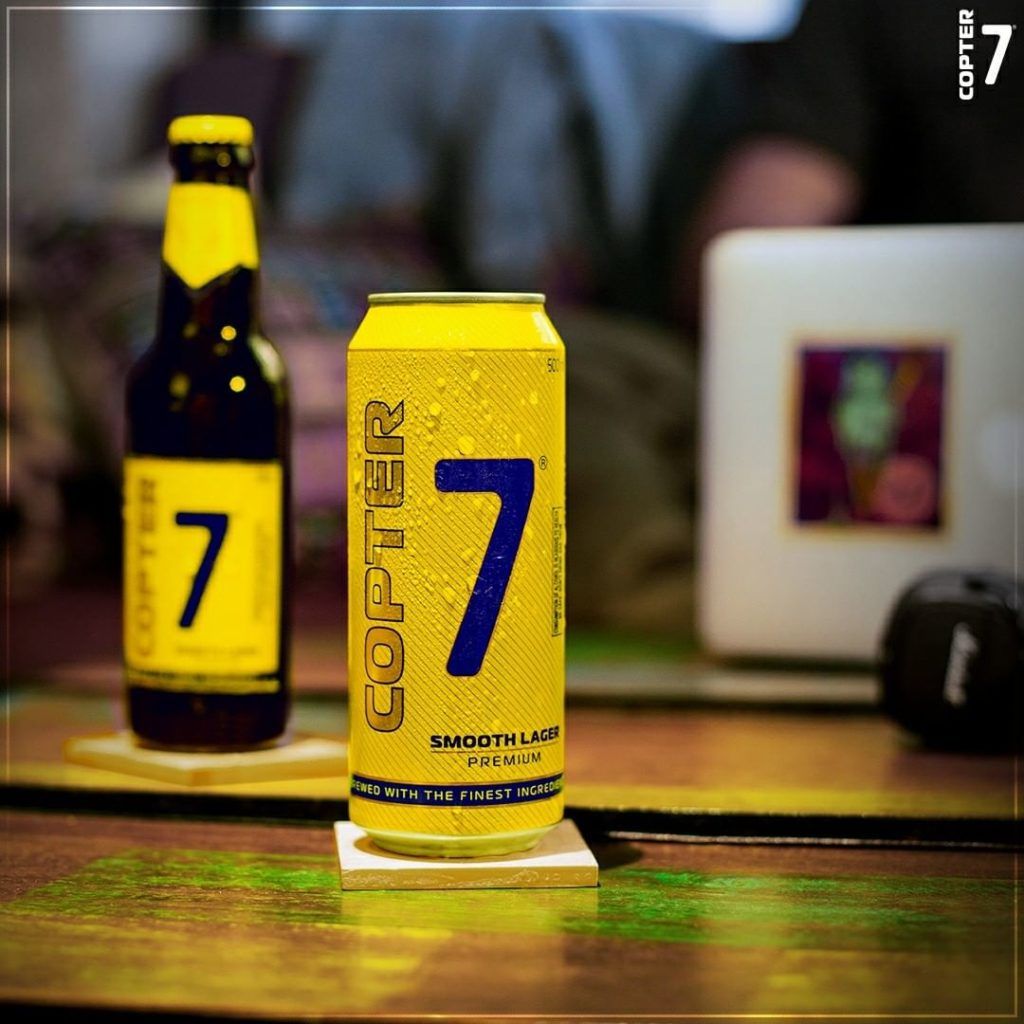 Copter7, launched by 7Ink Brews, comes in two variants: Copter7 Premium Strong and Copter7 Premium Lager. While Copter7 Strong is a malty amber lager with a mild toasty aroma and low bitterness levels, the Copter7 Premium Lager is a light, crisp beer meant for sultry summer afternoons. These beers are brewed locally with high-quality hops and malts in state-of-the-art facilities in Karnataka and Punjab. 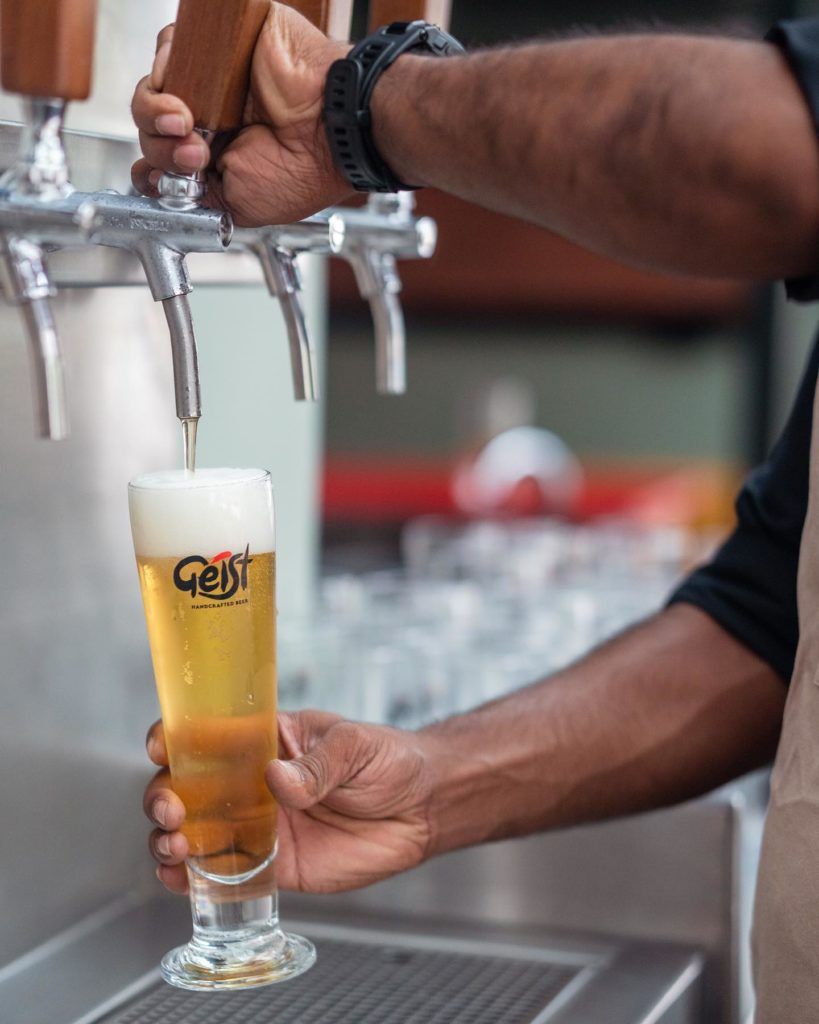 Next on the list of homegrown beer brands, we have Geist, a Bangalore-based craft brewery, which launched in 2021 and is available only in Bangalore. Their five variants are Witty Wit, Uncle Dunkel, James Blond, Silly Pint, and Kamacitra. James Bond deserves a special mention as it has become one of the crowd-favourites. It is boozy and malty with notes of peach, banana and stone fruit and finishes with notes of clove, cinnamon and nutmeg. Geist is endorsed to be the first distribution craft brewery in South India. 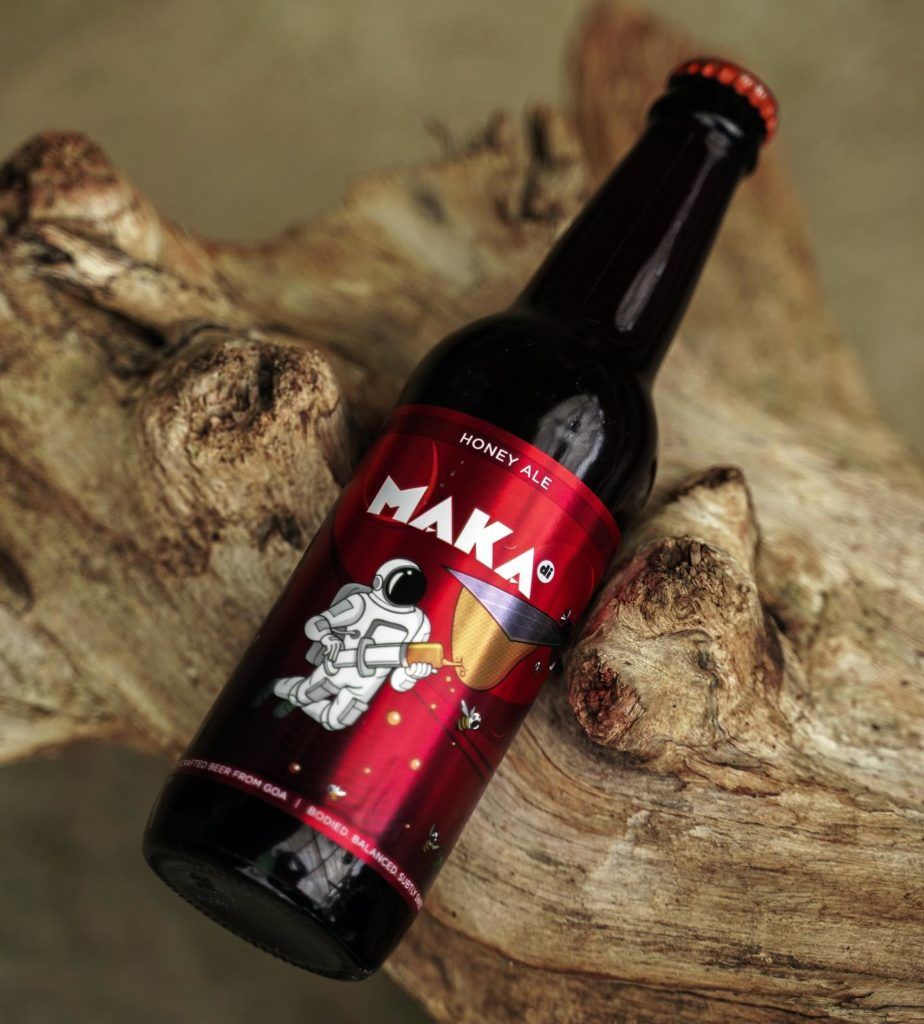 A Goa-based brewery that regulars have compared to be at par with European beers like that of Germany and Belgium. Belgian Blanche, Honey Ale, Bavarian Kellerbier and Belgian Tripel are the four variants that are currently available. The Belgian Blanche boasts of a slight floral hop and the Belgian yeast adds more body to this amazing beer. This beer is available in Goa, Bangalore, Mumbai, and Chandigarh. 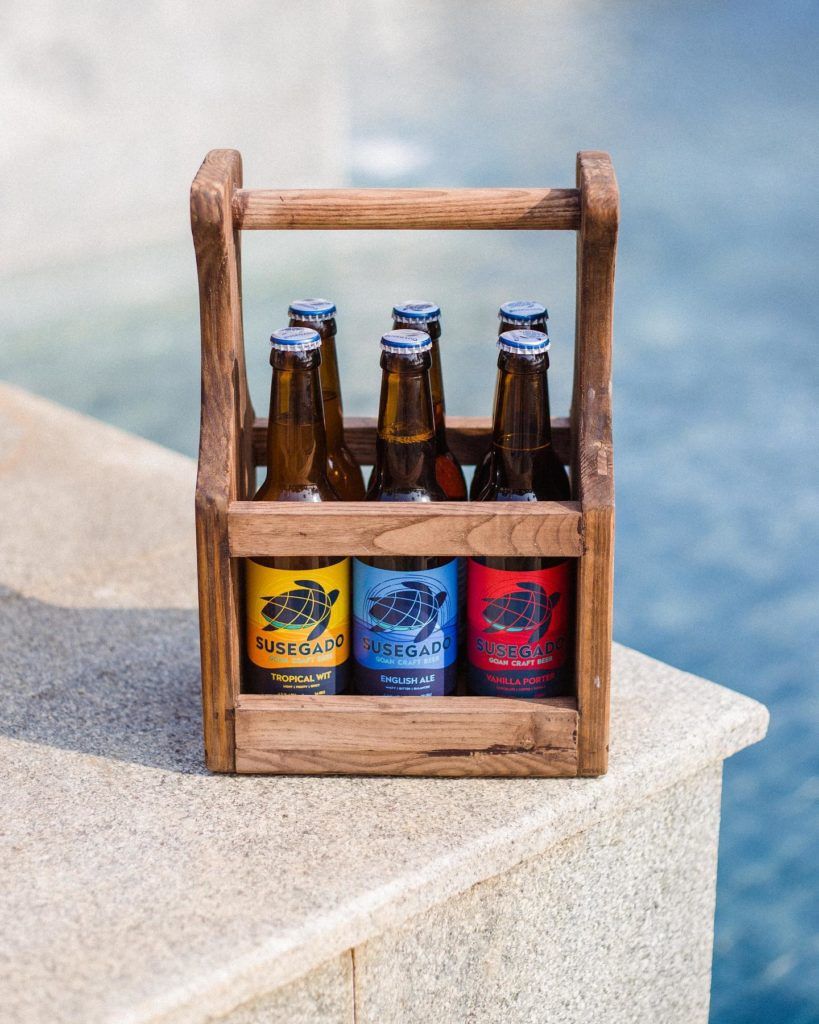 A craft beer label brand based out of Goa, Susegado is one of those homegrown beer brands that is in sync with the vibe of its brew place. Offering draught beers since 2017, Susegado famously channels Goa’s laidback vibe and feel. Offering six variants in the form of Dortmund Lager, English Ale, American IPA, Vanilla Porter, Tropical Wit, and Kokum Gosé, this beer is available only in Goa. Kokum Gosé is Susegado’s take on the German Goslar style with the sour and salty hit that kokum is known for. 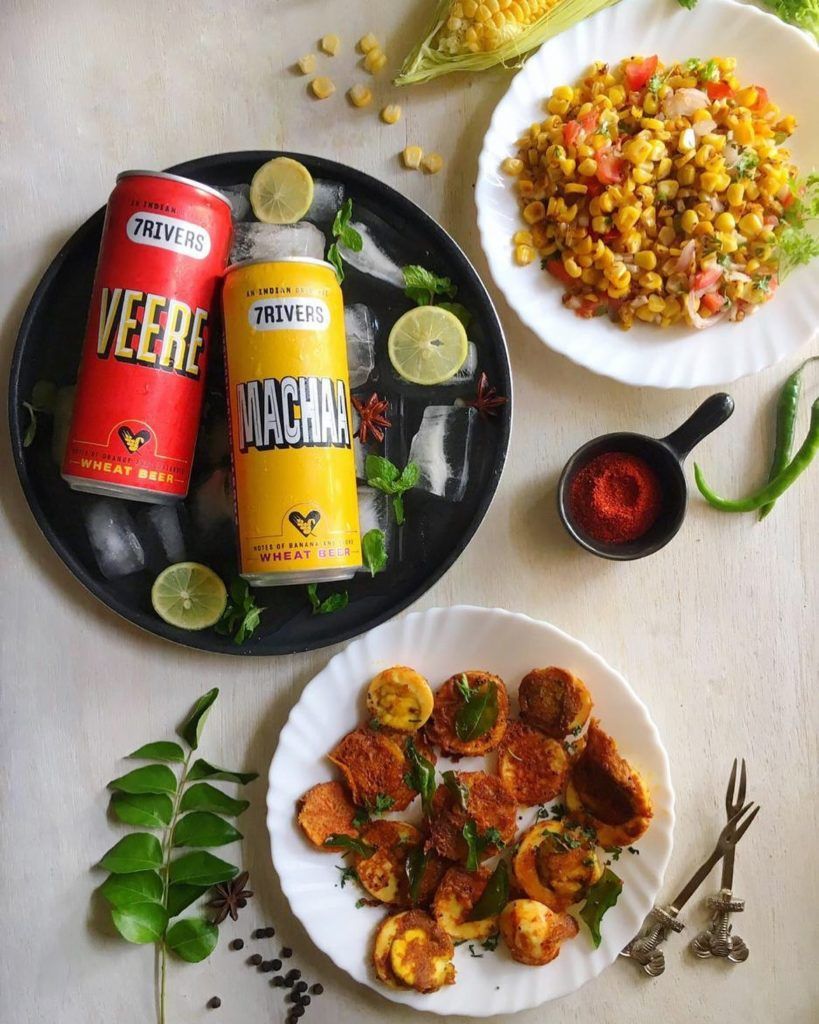 Anheuser Busch InBev’s Indian unit took its customers by surprise when it launched two local wheat beers in 2019, thus giving birth to the 7 Rivers Brewing Co. With its colourful and vibrant packaging, this homegrown beer brand soon became everyone’s favourites and got featured in Instagram stories all around. It launched with two variants, Machaa and Veere. 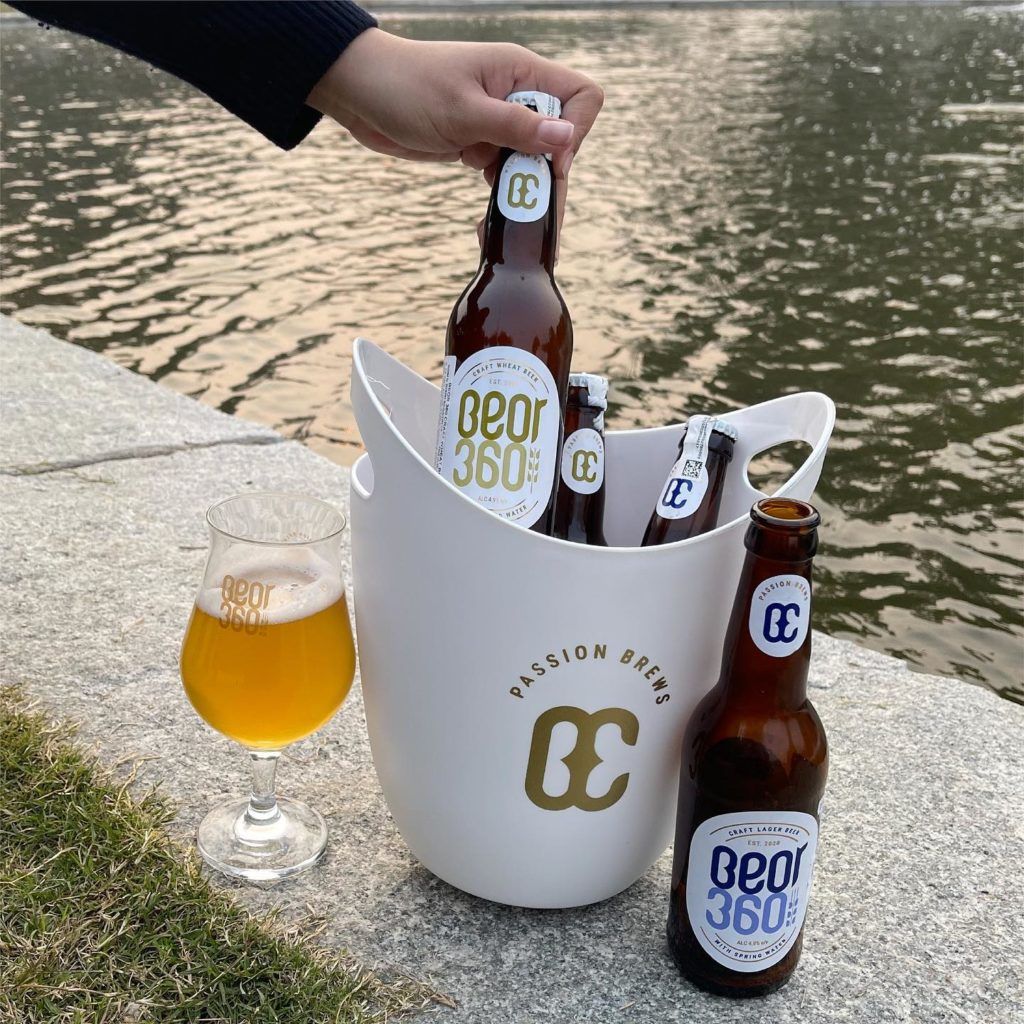 Artisanal craft beer by Brew King Beverages, Beor 360 was launched in Delhi in 2020. With lager and wheat beer variants, all the ingredients of these beers are imported from all over the world, making them both homegrown and global. The lager beer is known for its restrained malt notes of honey and bread, while the wheat beer is rich in subtle notes of clove, banana, orange peel, coriander, and chamomile. Its unique taste is what sets it apart from all other beers and makes it the perfect company for Delhi summers. 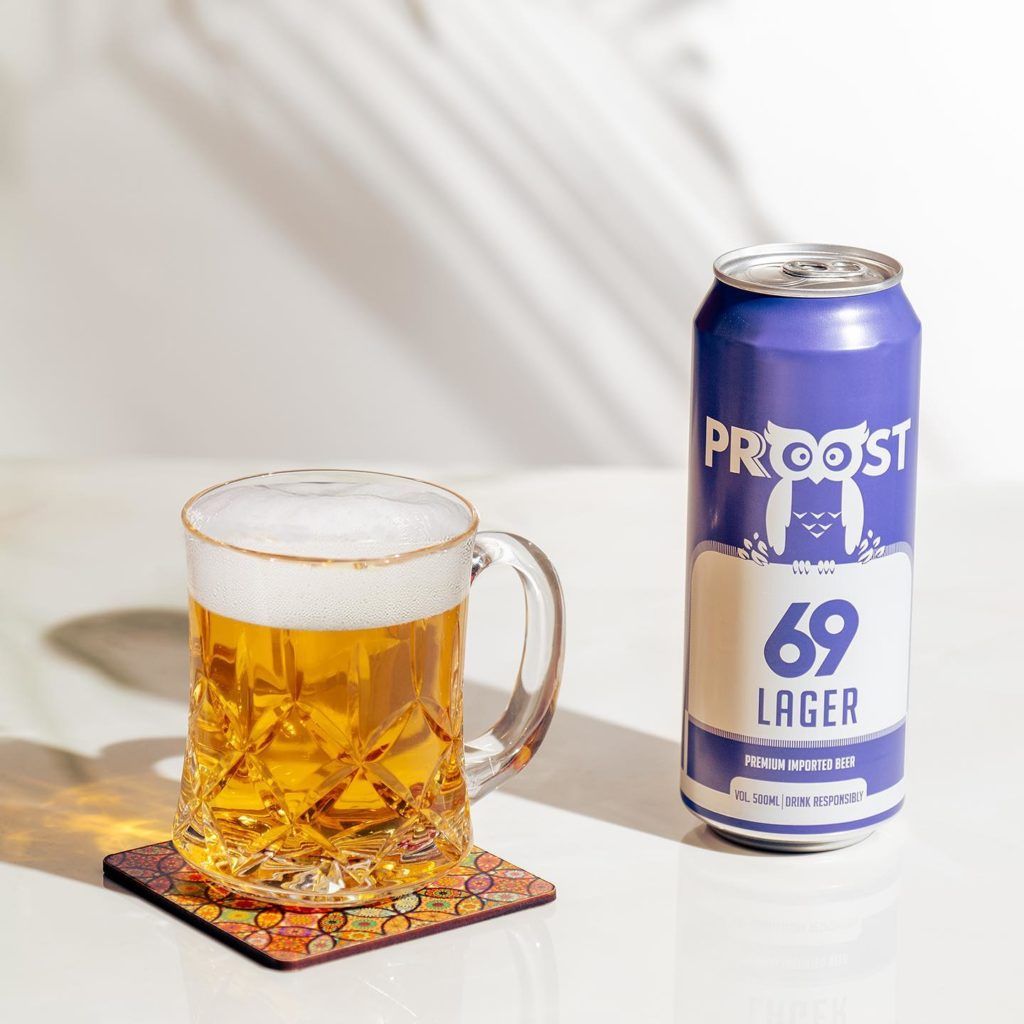 Delhi-based Grano69 Beverages helms Proost Beer, which was launched in October 2017. In an interview with YourStory.com, co-founder Vijay P. Sharma said, “The idea arose due to the absence of good quality beer at an affordable price in the country.” The Proost Strong variant is made in Punjab, and that’s what makes this a truly homegrown beer brand that stays true to its roots. 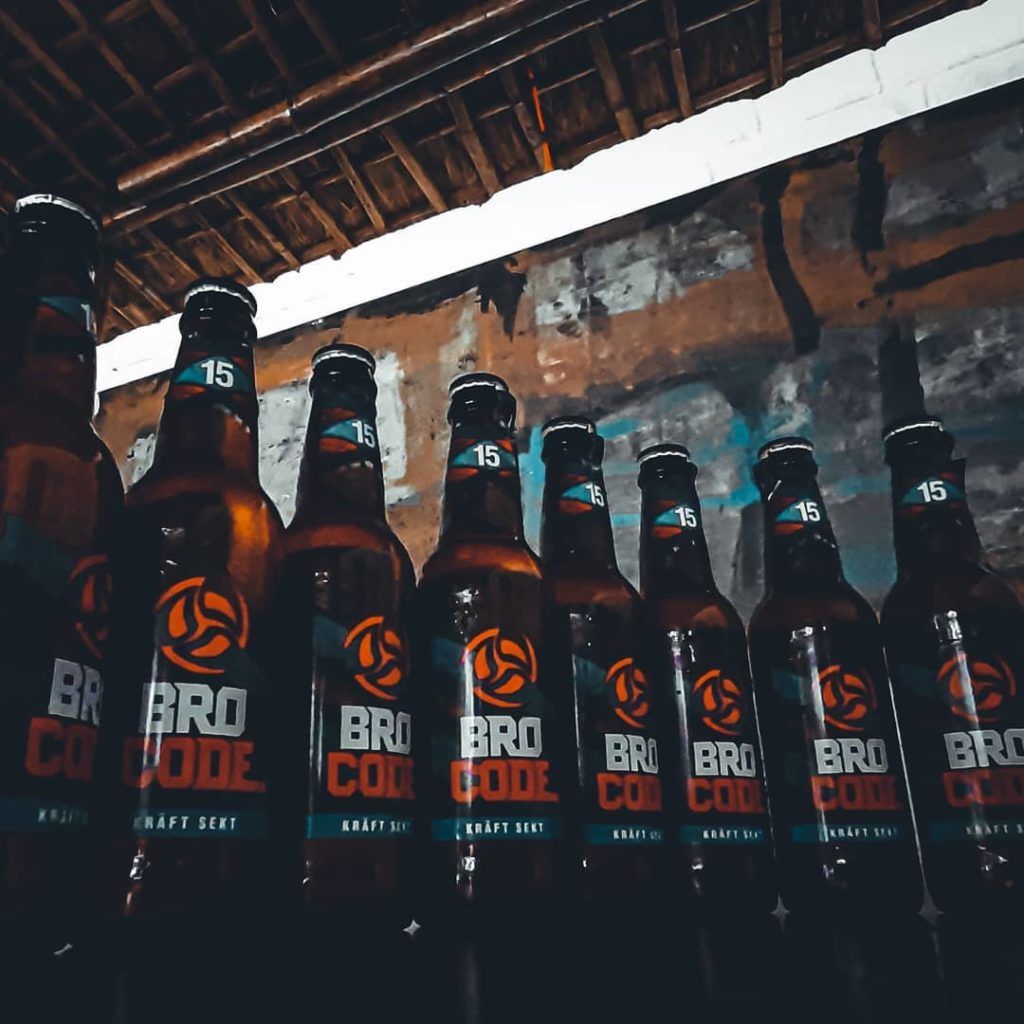 This is one of those homegrown beer brands that needs no introduction to this list. Sort of a legend among all its contemporaries, this beer stays true to its name. With a significantly higher ABV as compared to most other beer brands, this beer is all about the spirit of brotherhood. Launched by Indospirit Beverage in 2018, this beer comes in three variants- Witty Bro, Crafted Brut 10 and Crafted Brut 15. 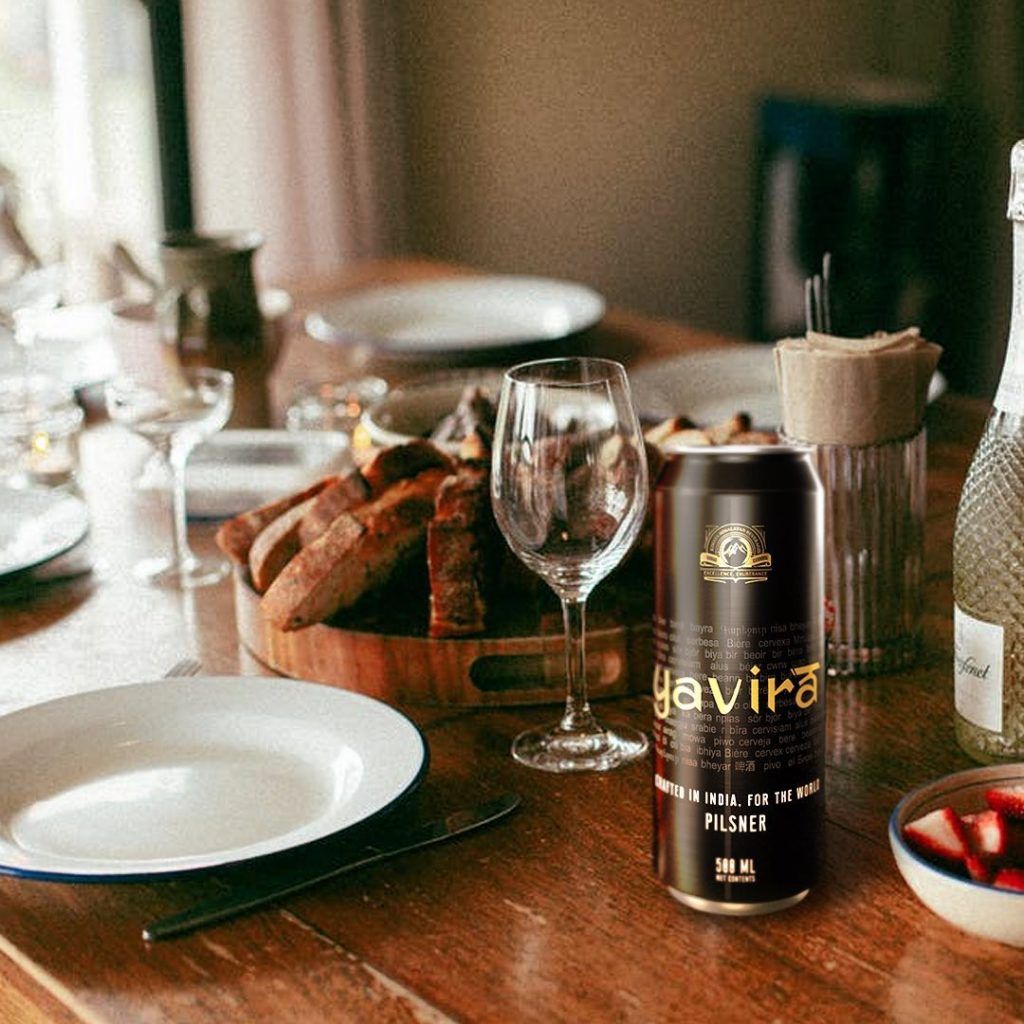 A beer brand that uses Himalayan source water, Yavira is by Kimaya Himalayan Beverages, which was launched in September 2019. With a 6.2 percent ABV content, this beer is brewed with Basmati rice, which makes it a great pairing with most Indian spicy dishes. The best part? These are available in 500 ml bottles, unlike any other beer. So, you can enjoy more beer for the same price. 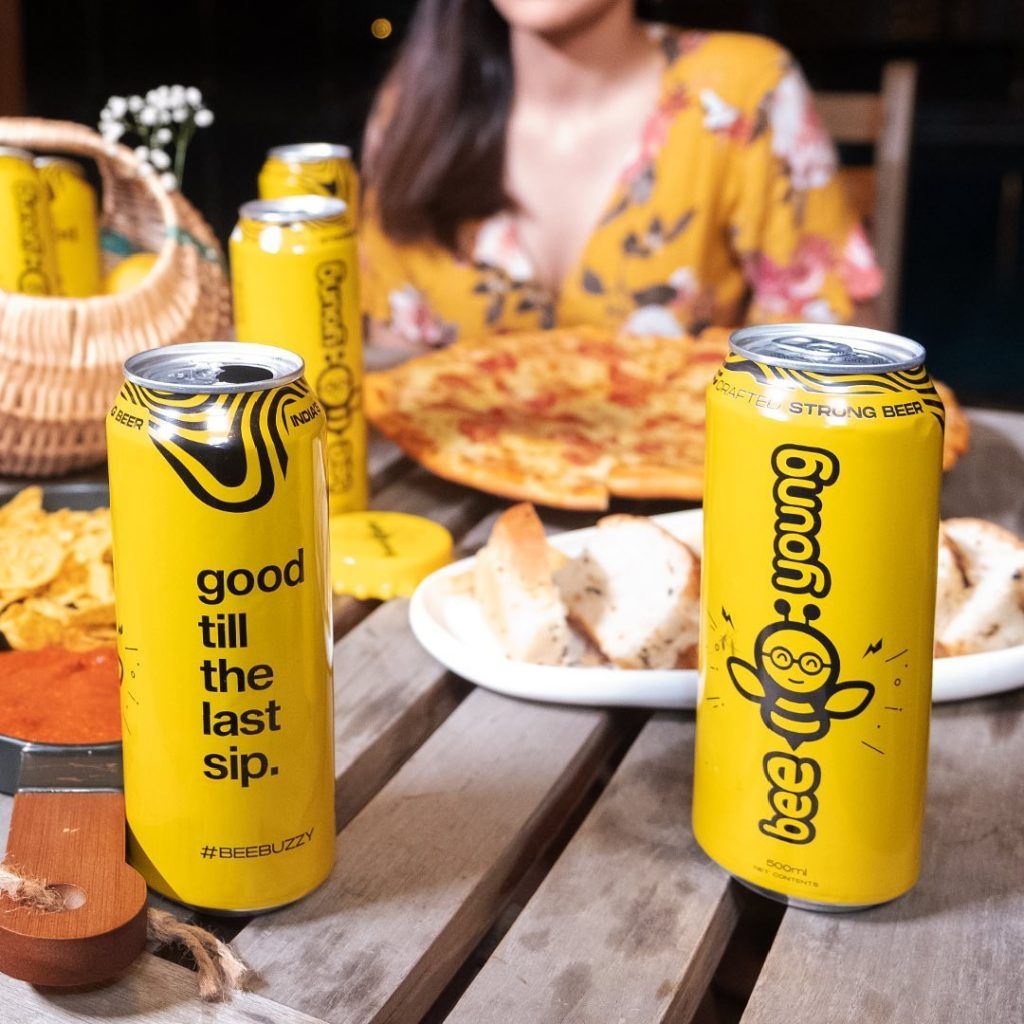 Another beer from the Kimaya Himalayan Beverages, BeeYoung is a stronger one with a citrus base. Even though its barley comes from Argentina and the hops from Slovenia and the Czech Republic, this is a homegrown beer brewed in Patiala, Punjab, while the beer bottles and cans are manufactured in Maharashtra.

craft beer types Best beers homegrown beer beer in india beer brands
Sreetama Basu
A self-proclaimed plant mom, Sreetama finds joy wherever she sees greenery. The list of other things that bring her joy is pretty long, but writing about them is her way of celebrating them. In love with little, inconsequential things, like neatly tucked-in bedsheets and big, significant things, like whole cheesecakes. She dreams of being a baker and writing about food someday.
Food Dining Entertainment
Sign up for our newsletters to have the latest stories delivered straight to your inbox every week.