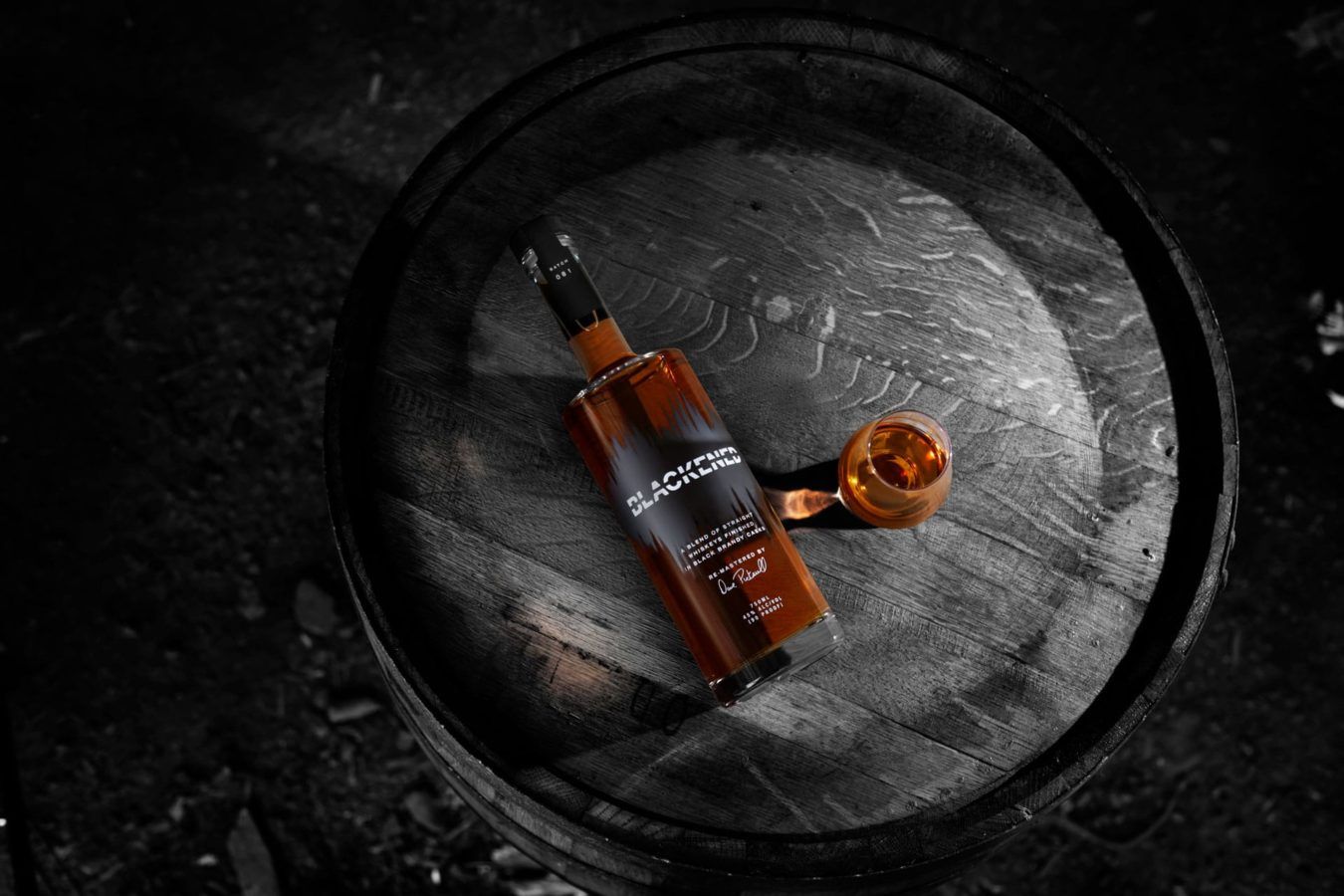 In the past year, Irish whiskey has undergone a serious renaissance. Though the market remains far smaller than Scotch, it has gained traction as one of the world’s fastest-growing spirit industries, with 200 bottles sold every minute last year, according to numbers released by the International Wine and Spirits Research. This rapid ascent has recently lured Bono, frontman of U2, to delve into this whisky El Dorado, with the news that he has invested €50 million (S$79.3 million) to start a new distillery in County Kildare.

A celebrity name being attached to an alcohol brand is not a novelty, given that white spirits have been fronted by the likes of George Clooney and Ryan Reynolds. Still, this movement into whiskey is an expansion of the star-studded liquor landscape beyond the expected tequilas and gins.

Alcohol labels created by celebrity dollars always come across as a marketing gimmick, and we don’t disagree with the upfront scepticism. After all, big names garner publicity with minimal effort. That doesn’t mean that all of the whiskies created in this vein deserve to be sidelined.

We take a look at some of the recent expressions created by the likes of Bob Dylan, Conor McGregor, and Metallica to suss out what makes these bottles stand out beyond their VIP cred.

Food & Drink
A complete guide on how to read and understand whiskey labels
Food & Drink
Whisky or whiskey: What’s the difference?

These celebrities who have moved to whiskey production

The idea that music is able to enhance the taste of something is not foreign to the alcohol world. Krug, the champagne house, makes for a popular example with their focus on creating playlists that claim to add another dimension to both flavour and mouthfeel of their cuvée. Metallica has gone down a similar path of whiskey production, albeit with a bit more esotericism. They have created a whiskey, named Blackened, that is aged with sound.

A mix of bourbon, whiskey and rye are blended and stored in black brandy barrels for maturation. During that period, the barrels are exposed to Metallica songs played at such a low hertz level that the sound waves generate movement in the barrel. The motion facilitates contact with the cask and intensifies the malt’s flavour. Metallica’s conviction in this technique is so strong, the band has filed a patent for it under the term “Black Noise”.

Metallica’s method of sound-ageing might be a bit kooky for some traditionalists, but the quad is not the first to pioneer the technique. There’s the Quadrant Bar at the Ritz-Carlton in Washington D.C. uses a homogeniser to age bourbon with sonic pulses, and over in Singapore, our homegrown Tippling Club has a Sonic Negroni, a best-selling cocktail given depth with ultrasonic sound waves. Still, its application to whiskey on such a scale makes us curious to know whether sound-ageing can expand the parameters of malt maturation. Trust Metallica to give us the hard truth.

Bob Dylan has shaped American music. He has won a Nobel Prize. He sculpts iron into art. Now, he makes a series of award-winning Tennessee whiskey called Heaven’s Door.

The line of three whiskies was designed to reflect the flavours of the America Dylan held close to heart. Comprising a bourbon aged for seven years, a blend of three whiskies cask finished in new American oak and straight rye whiskey. All the expressions have bagged medals at the San Francisco World Spirits Competiton, sealing that Dylan’s trio has got a substance that transcends its status as celebrity-backed whiskey.

Of three, Dylan’s rye recipe proves to be the most innovative. Instead of being matured in charred new oak barrels, as a traditional rye whiskey is wont do be, Dylan’s version utilises toasted oak cigar barrels that have been air-dried in the Vosges mountain region in France. This offbeat method gives the final liquid a smoothness that goes beyond what one expects from a rye whiskey, with touches of spice and coriander to round off the mouthful.

If the examples we’ve cited so far sound positive, then Proper Twelve is the step in the opposite direction. The Irish whiskey, introduced by professional mixed martial arts fighter, Conor McGregor began as a model filled with promise.

He worked with the world’s oldest licensed distillery in Ireland and partnered with master distiller David Elder for whiskey production. Elder, who used to be from Guinness, sourced water from the alkaline Saint Columb’s Rill river to create the triple-distilled whiskey, which was later aged in oak. Subtitled “Smooth is Fast”, it’s an expression that set out to be decent until the reviews began arriving to declare that Proper Twelve was anything but proper.

Grainy, artificially sweet, and packed with ethanol were some of the recurring assaults against McGregor’s whiskey baby, proving that not all forays into the whiskey world by famous heavyweights are a success. Still, can’t fault him for trying. David Bechkham’s partnership with Haig Club Whisky has raked up the air-miles, as the former sportstar took it upon himself to introduce the brand through press events and launches. He attributed this passion to the 400-year-old legacy that Diageo carried with it. “ I’ve always wanted to be a whisky drinker, but being an athlete I’ve never got into that. I never drank too much over my career, which was 22 years. We’ve had a lot of fun, a lot of success so far, but most of all, it’s great to be part of a family that’s been around for so many years,” he was quoted by the brand as saying.

The single-grain amber stands for a ‘new era for Scotch’ and is smooth and elegant, The Haig club deluxe comes in a stunning blue bottle that comes from Cameronbridge, the oldest single-grain distillery in Scotland. On the nose there are hints of creamy butterscotch or custard with tropical fruits, citrus, and earthy spiciness. Every sip offers notes of coconut-like sweetness as well as fruit salads, with the finish being short and clean.

Adding to this is the Haig club clubman edition, designed to be a nod to the heritage of the brand and its advertising materials dating as far back as the 1920s. Paired with a tonic and orange, the sweet notes of the whisky shine, making it a crowd pleaser. 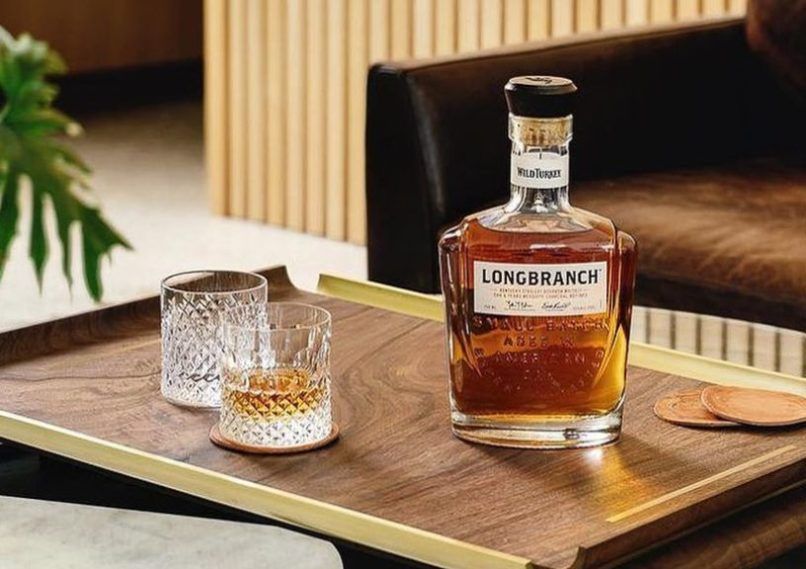 Matthew McConaughey’s love for bourbon led to the creation of a small-batch spirit that brings the distinct flavours of Texas and Kentucky together. A process that took two years of testing, the amber is aged for eight years. The whiskey is first run through charcoal from a Texan mesquite, which gives it a distinct smoky touch. On the nose are notes of vanilla and spices, while the palate notes flavours of pear, caramel, and citrus. The finish is subtle with notes of toasted oak and gentle pepper.

The spirit goes down smooth and pairs well with a host of cocktails. Each bottle is believed to have the signature touch of master distiller Eddie Russel (Wild Turkey Whisky) and McConaughey, who borrowed inspiration from his roots to create the whisky. At once rich, refreshing, and warm – this one’s got a rounded mouthfeel that’s a crowd pleaser. 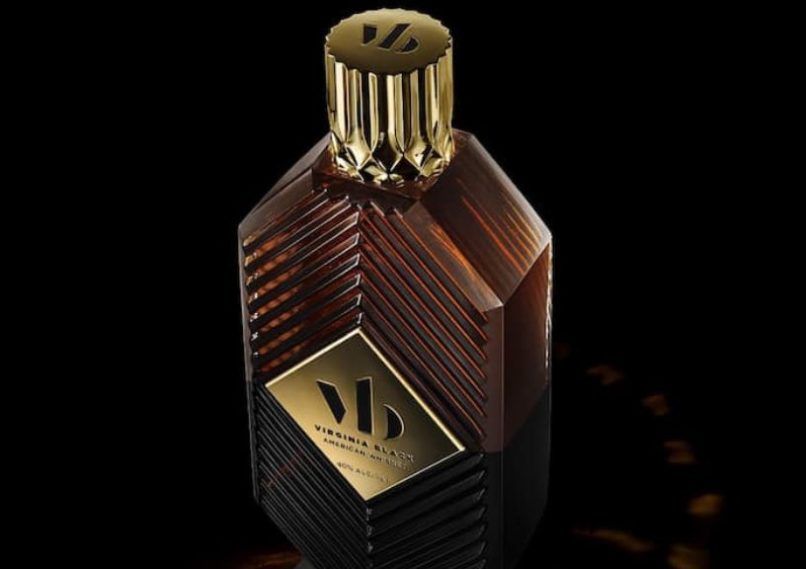 Rapper and actor Drake added a decadent touch to American whiskey with his partnership with entrepreneur Brent Hocking. The payoff, Virginia Black Bourbon is a collector’s item that blends two, three, and four-year-old whiskeys. A high-rye content meets notes of toffee, vanilla, caramel, and brown sugar in this blend. A touch of cinnamon adds a kick to the mix.

The finish is smooth and sweet as well, making the amber a perfect addition to most mixers and cocktail blends. Poured into a crafty decanter, the luxury whiskey has Drake heavily invested, going so far as doing advertisements with his father. 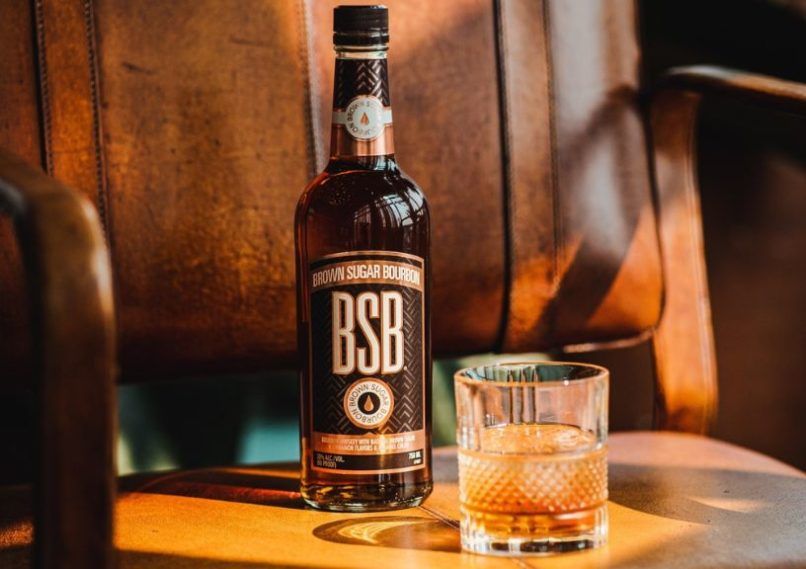 Actor and musician Jamie Foxx offers the spirits world a warm whiskey with notes of brown sugar and spicy cinnamon. Smooth and easy-drinking, the amber is great for shots, sipping, or blending into cocktails. The classic is positioned as the perfect complement to a house party or game nights, especially when poured over rocks with a splash of lemonade. Other variants include the BSB 103, which comes with a higher ABV and bolder flavour.

Reportedly Foxx was introduced to the brand at one of his parties and has been involved in the creative direction since. In fact, he stated that he’d watch bottles of the whisky disappear at his parties before quarantine and knew he wanted to bring it to the spotlight. He was quoted by the brand as saying, “I’ve always lived by the rule that life is short, and you need to go out and do what you want to do. Owning a brand that brings sweet life to the party has always been a goal and with BSB we’re making it happen.” He also added, “ Anyone who tries BSB is going to love it just like I do.”

For our complete guide on whiskies India, click here.

bob dylan heavens door whisky bono celebrity whiskey brands
Lifestyle Asia
Here's where you can read the latest news and stories from Lifestyle Asia and our sister titles PrestigeOnline and Augustman, curated from all of our editions in Hong Kong, Singapore, Kuala Lumpur, Bangkok and India.
Luxury
Sign up for our newsletters to have the latest stories delivered straight to your inbox every week.

Bottled luxury: Most expensive whiskies in India for your on-the-rocks ritual

Sweet like honey: Mead brands in India to add to your home bar

A teetotaller’s guide to non-alcoholic beverages in India