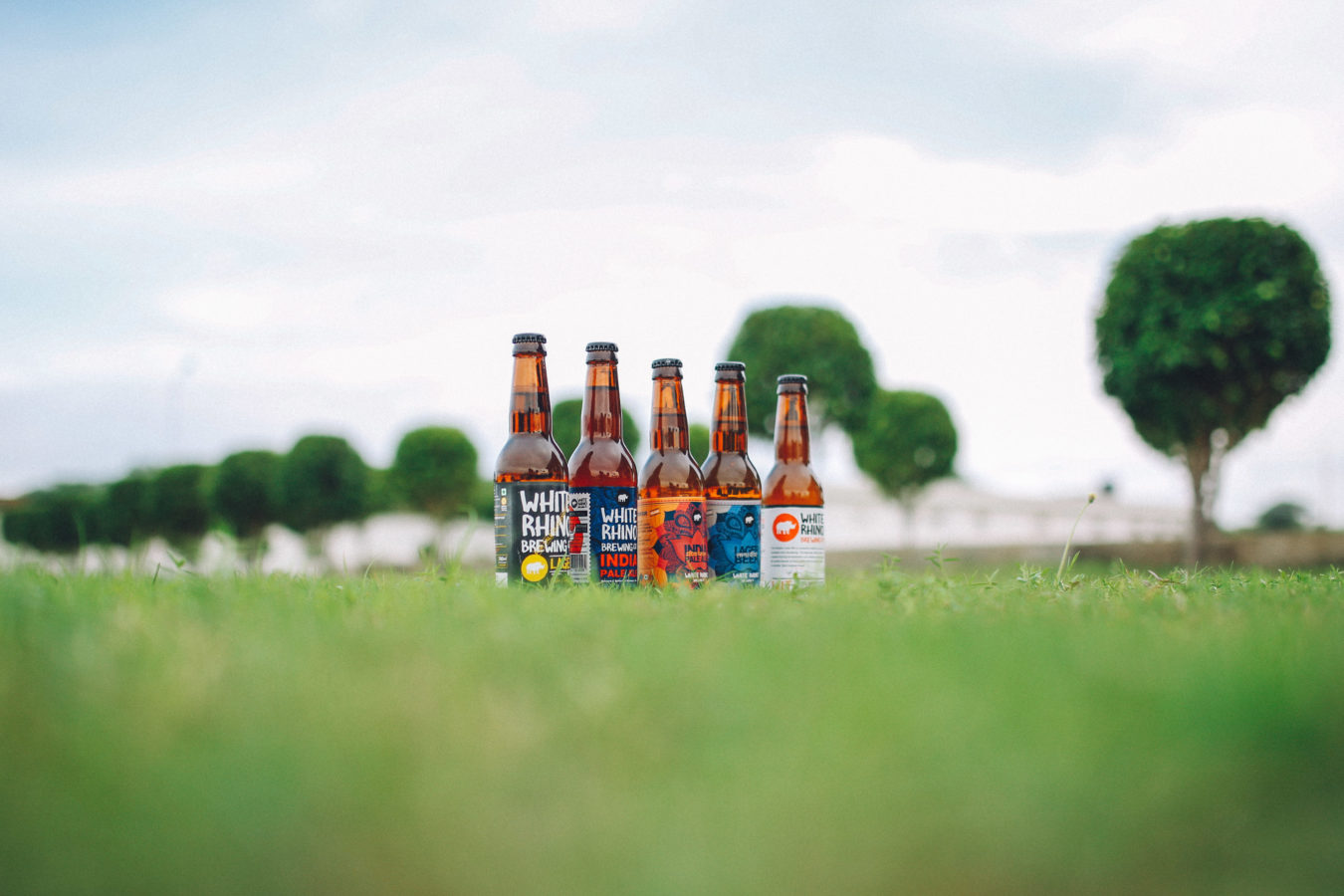 Crack open these top homegrown beers for a one-man party

Who said you can’t make your weekends fun in these times of containment? Stock your fridge with these homegrown beers that come with an LSA stamp of approval. 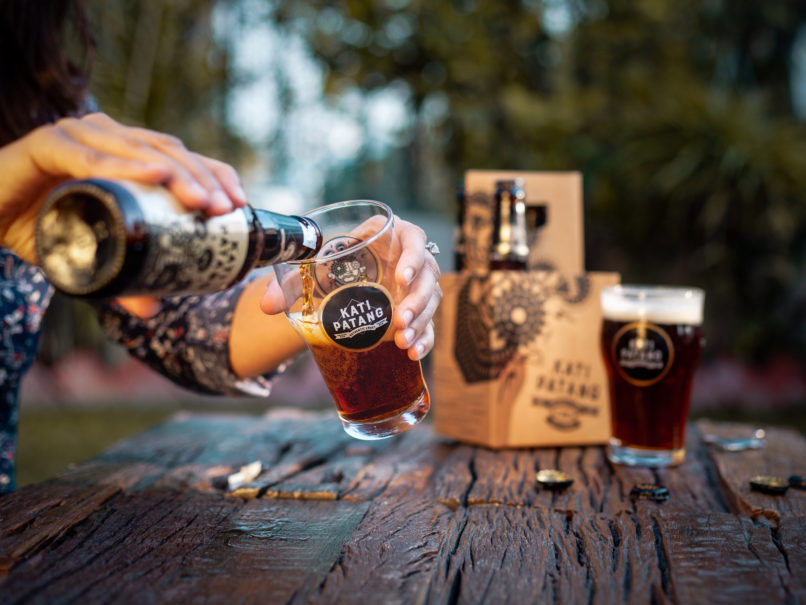 Kati Patang  breaks the mould for its unconventional take on traditional beer styles by featuring wheat, lemon rind, peppercorn, coriander, ginger, and turmeric. Founded by Lata and Shantanu Upadhyay, Kati Patang, as its name suggests, offers people ”experiences to be their uninhibited self”.

We love their Zesty Amber, the only American Amber in the market brewed with all-natural malts and aromatic hops. Another offering is the Snappy Wheat a fresh, golden-hued delight, brimming with flavours. Kati Patang is currently pouring in Delhi, Mumbai, and Bengaluru. 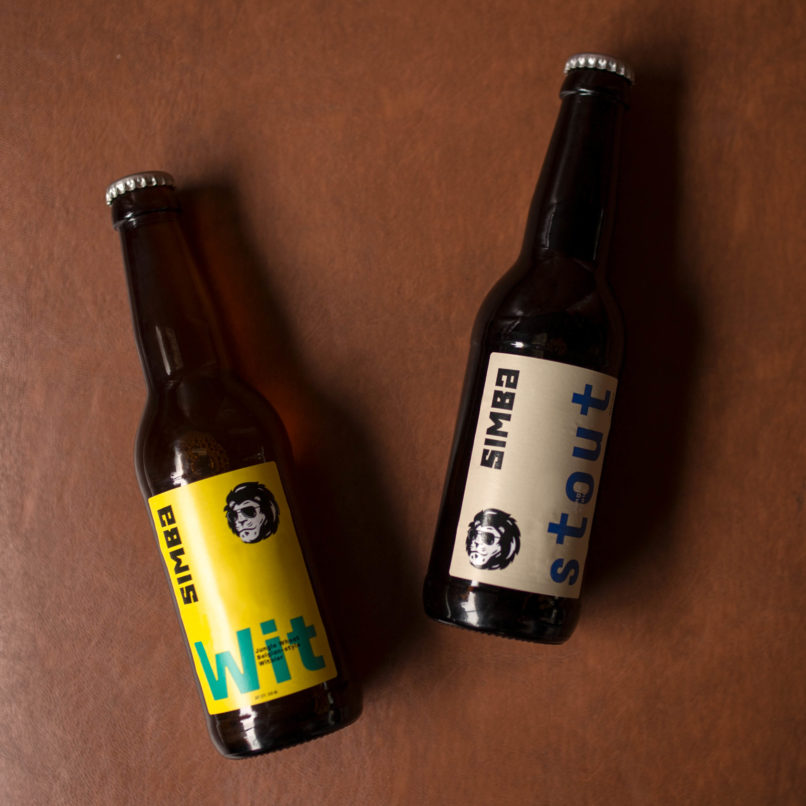 Simba brings India’s first bottled stout to the table, with their beer crafted at a flagship brewery in Durg in Chhatisgarh. “We make our beer in small batches, with a complete focus on the recipe. We use the real orange peel from farms in Europe for the rich flavours of our Wit beer,” says Prabhtej Bhatia, founder.

Their Simba Wit is a take on the classic Belgian Wit style, which is light-bodied and refreshing. And while the Simba Stout is light-bodied specifically crafted for low-bitterness and easy-drinking, the Lager has a distinctive style beer aficionado will love. Simba is available in Goa, Delhi, Assam, Bengaluru and Kolkata. White Rhino focuses on making their beers balanced and conducive, containing a low amount of alcohol that can be consumed in one drinking ‘session’. “I wouldn’t say we are a hugely experimental brewery, but we enjoy taking traditional beer styles from around the world and brewing them to a very high standard,” says Ishaan Puri, founder. 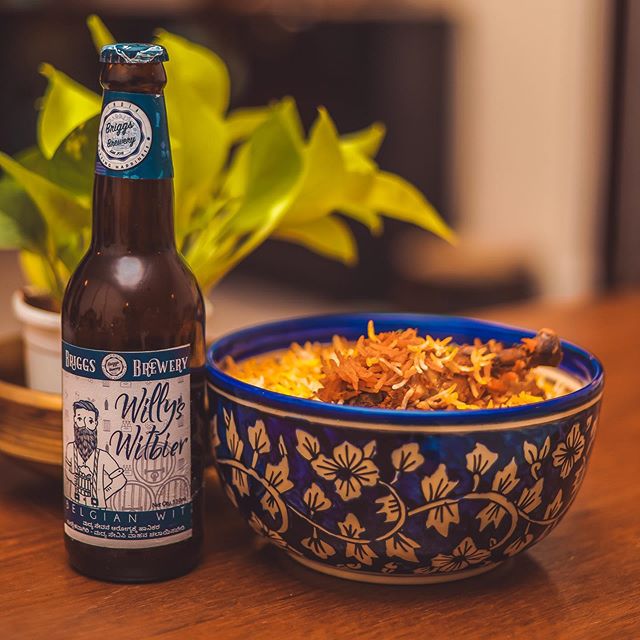 Briggs sources some of the top-quality ingredients from around the world for their beers. “Our beers are brewed in one of the oldest breweries in Bengaluru that has some of the oldest and finest copper stills. This is an age-old tradition where brewing craft beer is combined with the special characteristics created of the copper brewing facility to create great flavours,” explains Hari Singh, founder.

Briggs currently has the America IPA, Hoppy Feet, a strongly flavoured beer that has hops imported from the USA and is perfect for colder seasons. There is also the Belgian Wit Willy’s Witbier with a touch of coriander and orange peels from the farmlands of Belgium. The Irish Stout, Stout Alchemy, is a full-bodied black beer that has a deep flavour of roasted barley with hints of chocolate, caramel, and coffee. The Belgian Strong Ale, Griffin, a Strong Ale has a higher alcohol content yet is delicately flavoured. Briggs Brewery beers are available in Bengaluru and Mangalore.

Their bottled beer in Bengaluru at Tonique Liquor Store will be rolled out to MRP retail outlets soon. 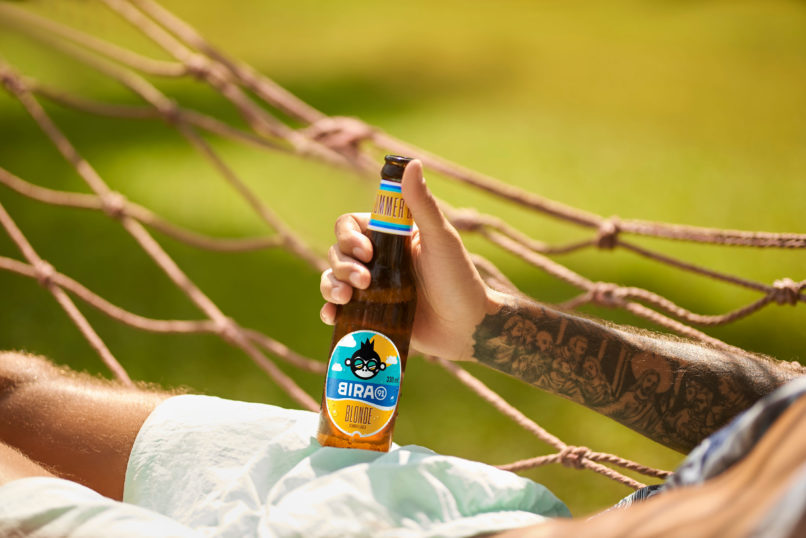 There’s no Indian beer lover who doesn’t know of Bira91. Having burst onto the scene in 2015, the brand currently has eight beers, catering to aficionados of every kind. There are Bira 91 Boom and Bira 91 Boom Classic for those who are ready to try the brand for the first time, and a bunch of essential beers that range from a low bitterness wheat beer to mild lager to a high-intensity wheat beer – the Blonde Summer Lager and the India Pale Ale brewed with Pomelo are what we love.

Bira91 also does ‘Limited Release’, beers that are experimental and creative, and their ‘Better for you’ portfolio offers a low-calorie beer, the Bira 91 Light. 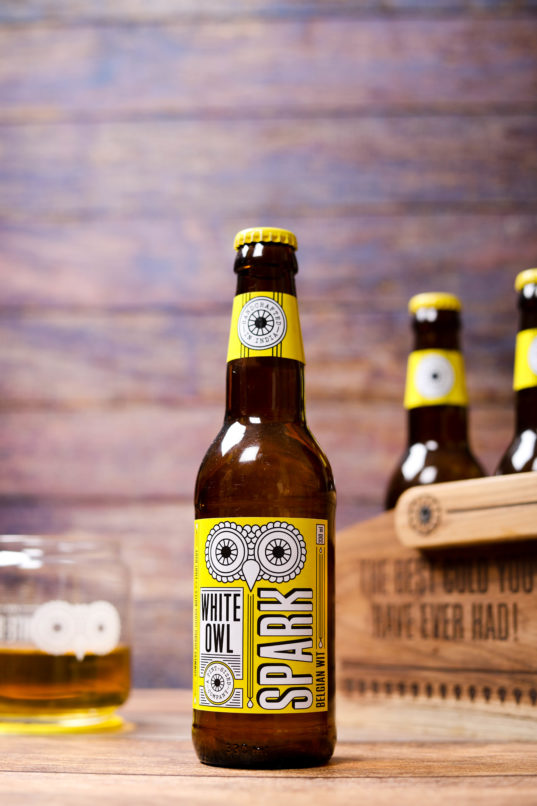 Sold in pints, cans, and bottles, and at over 2500 restaurants, bars, and retail stores across the country, White Owl will enter five new markets across North and South India, and two international markets by the end of the year, says Javed Murad, founder. 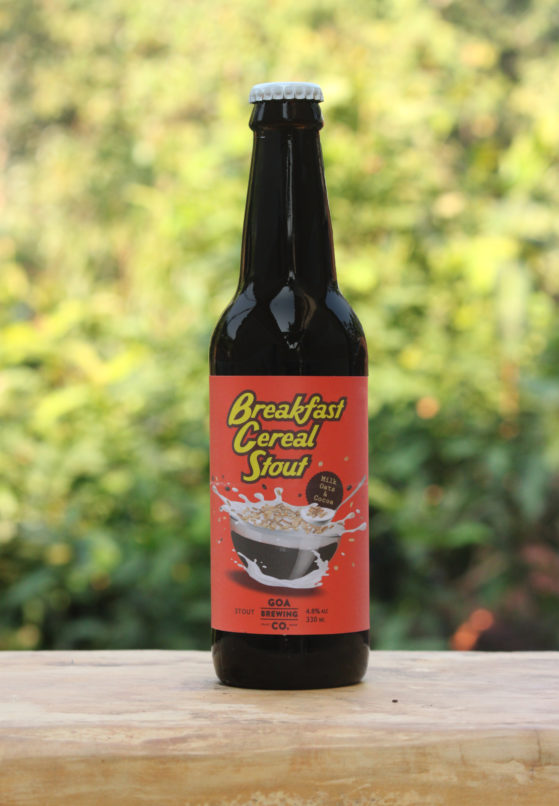 Goa Brewing Company has the Eight Finger Eddie, Breakfast Cereal Stout, the Saint & Sinner, and soon the Wheat Ale. The brand prides itself on using 100 per cent natural ingredients, and co-founders Suraj Shenai and Dr Ash (Ashtavinayak) Paradh “aim to be modern and non-conformist in our process, and therefore, be experimental and always evolving”.

The brand is available in Goa, Bombay, and Bengaluru. Relatively new to the market, Yavira bridges the gap between 330ml and 650ml with its 500ml offering. There are two varieties to pick from – BeeYoung, a vibrant strong craft beer with crisp flavours with a citrus twist and Yavira, a smooth premium lager that great for those who like malty and hoppy beers. Abhinav Jindal, CEO and founder of Kimaya Himalayan, Yavira’s parent brand, says that provenance (be it the premium Basmati rice, the hops, or the Himalaya sourced water) is an important aspect of their brand.

You can pick the beers up in Delhi, Uttarakhand, Punjab, and Uttar Pradesh. 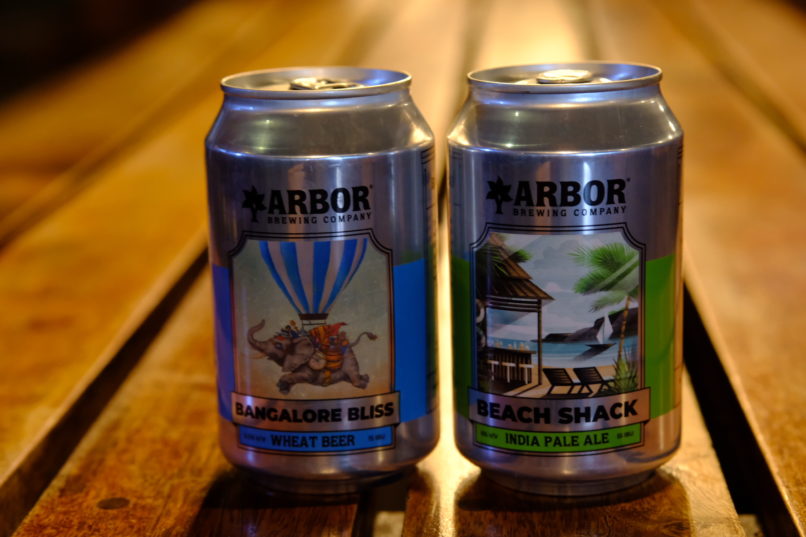 Arbor is perhaps among the best-known names on the Bengaluru brewing scene, offering a range of wheat beers, ales, pilsners, stouts. The Indian arm of the American brewhouse, it was brought down to India by managing director Gaurav Sikka. “We make authentic true-to-style craft beers that are brewed in small batches to retain freshness, quality, and flavour. We brew with quality ingredients, promoting micro-brewed ales in a formerly commercial light lager dominated market,” explains Sikka.

Though you can taste Arbor’s offerings at the Arbor Brewing Company pub in Bengaluru or at Beer Garden & Eatery in Goa, they offer beer in cans – The Beach Shack India Pale ale and the Bangalore Bliss Hefeweizen – in Goa and Bangalore. The Easy Rider American Wheat is available in Goa only. The latest on the block is Buho, a Belgian craft beer with three variants. Yet another beer inspired by the owl, they source quality ingredients such as barley from France and hops from Belgium. Their ideology is ‘can twist its head almost all the way around and see the world with a fresh perspective like no one else’. There’s the bitter-citrusy Blonde with a base of grapefruit, the Witbier that’s fruity and spicy with orange and ginger, and Strong which has a walnut taste profile.

Style
Biskit: A unisex Indian fashion label focused on breaking stereotypes
Gear
Checklist of smartphone games you need to survive social distancing
Beauty & Grooming
Why having a good beauty routine before a Zoom meeting is important
Culture
Not everything is under lockdown: Add to your skillset with these online courses
Style
Self-isolation but make it fashion: This is how celebs are staying stylish
Gear
You can now experience virtual theme park rides from home
Style
Breitling limited edition: James Bond’s Top Time chronograph returns
Beauty & Grooming
#Firstperson: How I finally conquered my fear of red lipsticks
Culture
Concerts during Covid-19: Instagram performances that will uplift your spirits
Sign up for our newsletters to have the latest stories delivered straight to your inbox every week.

Fight the flu season with these healthy and easy drink recipes

All the wines to have in your collection, arranged by price