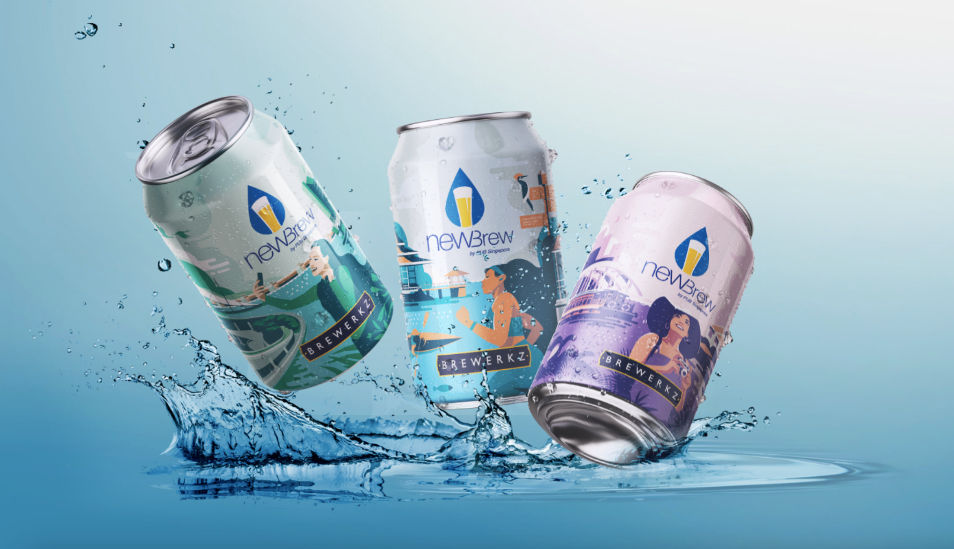 This Singapore brewery is making beer with recycled toilet water

Water is essential to the production of beer.

However in Singapore, one brewery is taking a greener approach to sourcing this ingredient by using wastewater that, prior to treatment, contained (among other things) the urine of local residents — and one can now savour it in a can of NEWBrew.

How is recycled wastewater being used to make beer?

Hops, malts and yeast are the ingredients you might first think of when it comes to making beer. However, it’s impossible to make beer without one essential thing: water. Brewers take care to choose specific waters to obtain their desired result. For example, hard water is preferred for making strong beer.

In Singapore, a new and more responsible way to brew beer has been found by filtering wastewater. Since 2003, a programme called NEWater has developed a treatment system to renew the water consumed by the population. The liquid, which logically also contains urine, undergoes various purification stages, including microfiltration and ultraviolet disinfection. This process eliminates bacteria, viruses and other particles.

Food & Drink
Refreshing non-alcoholic beers that promise a hangover-free hop experience
Food & Drink
Heady hops: 10 of the strongest beers in India to liven up any party

Marketed by the Brewerkz brewery in packs of three, this unusual beer is also prepared with German barley malts, American hops and a strain of yeast from Norway. This beer, called NEWBrew, can be enjoyed as a “tropical blonde ale” with “a smooth, toasted honey-like aftertaste.” We haven’t tried it ourselves, but that doesn’t sound too bad actually.

The idea of processing urine for use to make beer is actually not that new. In 2016, researchers at Ghent University in Belgium developed a solar-powered machine that could separate the various components of urine to make it drinkable. The goal was to process this raw material for use in a new beer.

NEWBrew is already available in select supermarkets in Singapore, as well as at Brewerkz’s restaurants and e-store. Now, who knew popping a cold one could actually be eco-friendly?