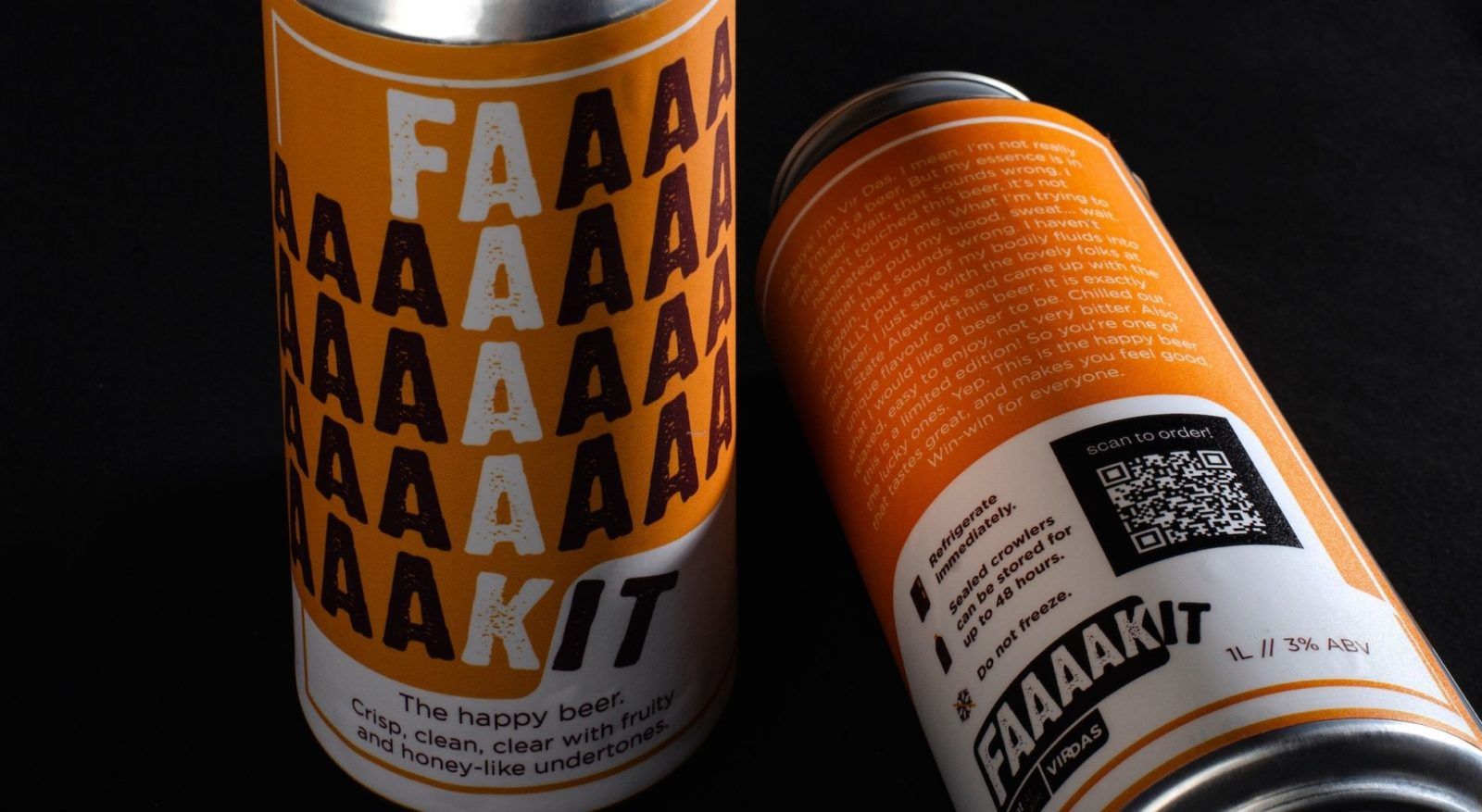 Comedian and actor Vir Das aims to brew happiness with his crisp, fruity, and cheekily named beer – FaaaakIt. In collaboration with Great State Aleworks, a brewery known for modern, experimental beers, the beverage will be available across pubs in Bengaluru, Mumbai, Hyderabad and Pune.

Your next beer guzzle could be courtesy of Vir Das. The popular comedian has poured his signature cheekiness into his first entrepreneurial venture with a refreshing brew that was a year in the making. Das aims to help people, irrespective of gender and age, unwind and have a good time, taking to Instagram to state that the beverage was a departure from the usual beer culture and “just tastes damn good and makes you happy.”

FaaakIt is a clean and crisp beer that goes down smooth. It’s low in bitterness and has a dry finish that’s rounded out with fruity, honey-like undertones. The crowd-pleasing ale is pegged as “the happy beer,” and Das reflects on this, “Our motto was to spread happiness. And after a maybe stressful day you might want to literally say FaaaakIt and have a can of beer to unwind yourself,” he said. This marriage of stand-up comedy and beer, both of which promise a good time, is a natural step into entrepreneurship for Das.

Great State Aleworks, the brewery that produces and distributes FaaakIt, is known to be one of the most innovative brands in the beer business. Das was believed to have spent over a year experimenting to craft the brew, “Also we wanted the beer to be for everyone, far often brands tend to alienate beer drinkers like the younger demographics or even women, and we wanted this to be for everyone. The team at Great State Aleworks and I spent a good deal of time to find a flavour profile that can be enjoyed by all,” he added.

To get a sip of this beer, head on over to a bar near you in Mumbai, Pune, Bengaluru, or Hyderabad. For more information, visit the brand’s official Instagram page, here.

Beer Craft Beer Veer Das
Eshita Srinivas
Eshita spends her days writing, rewriting, and thinking of things to write about. In the little time she has left, she daydreams about going on a solo trip across Asia.
Travel Food Drink Entertainment
Sign up for our newsletters to have the latest stories delivered straight to your inbox every week.