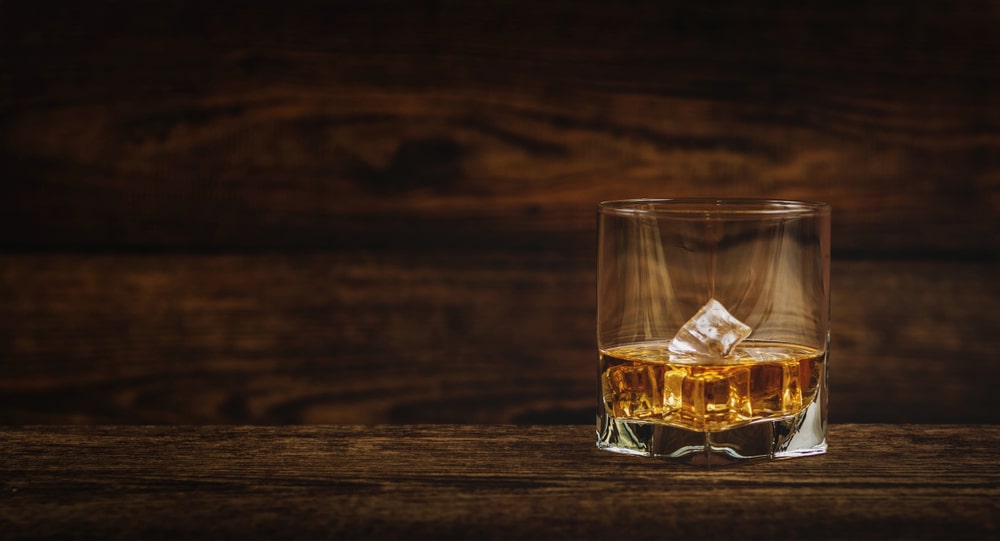 The recent Vault Biennale in Mumbai saw stories of luxury beverages from far and wide with special razor sharp focus on handcrafted and curated experiences from all over the world. This access-only event saw a never before curated collection of artisanal whiskies, rums, cognacs, gins, tequilas, mezcals and other spirits, all of them handpicked to be tasted and tested and mostly, to be experienced by Indian connoisseurs and enthusiasts. Topics ranged from brewing to single malts to craftsmanship and artisanal fare. Simon Brooking, Beam Suntory’s Award Winning Master Scotch Ambassador and international whiskey expert hosted an exclusive masterclass at the Biennale and we got a sneak peek into his world and took a deep dive into the promising world of peated whiskies, flavours of smoke and Beam Suntory’s award-winning Ardmore Legacy.

Born in Edinburgh, Scotland, and a member of the Robertson Clan, Simon traces his roots back to the 13th Century and the Celtic Earls of Atholl. He has been an expert on Scotch whisky, a designation he easily mastered of his astounding work at many of the leading Scotch distilleries, learning the art and science of distilling from the world’s foremost master distillers and blenders. He has been known to do many Scotch whisky tastings over two decades and he is now Beam Suntory’s Scotch Ambassador for Laphroaig, The Ardmore, Bowmore, Auchentoshan and Glen Garioch Single Malt Scotch whiskies. He has also won the Icons of Whisky – Scotch Whisky Ambassador of the Year for 7 years in a row. We had a conversation with the expert on whisky trends, the Indian scene and more.

Scotch whisky is not just another beverage. It is crafted with passion by a passionate group of people for an equally passionate group of followers. I love talking about Scotland, where I come from, the land, the heritage and the people. All Scotch whiskies have a story and each of our single malt whisky speaks of its origin, a time and a place it has come from and travelled to.

What have you been doing here at the Vault Biennale this year?

I am trying to elevate the whisky experience to celebrate a new time and place. It is an opportunity to introduce Scotch lovers in India to the depth and diversity that whisky and Scotland has to offer in general, and Beam Suntory’s Highland whiskies in particular. Many consumers perceive Scotch whisky as elitist, which dissuades them from even trying our products. This is why my position as a Scotch ambassador and gatekeeper comes into play. I try to ensure a positive first experience for consumers, making it memorable. If done correctly, we have created a connoisseur for life. Hence, it is extremely important to share the legacy, sheer variety and versatility of single malt Scotch whisky.

You have been winning the title of “Scotch Whisky Ambassador of the Year” for almost a decade now. What goes into maintaining this status year after year?

Passion and education, reaching out and listening to what people want. Consistently learning is what I do and that is the beauty of the whisky industry – there’s so much to see and learn in your lifetime. It’s an art that is beautifully complex and intricate – there are so many nuances to be learnt, it’s not just water and barley.

How’s your experience in India been?

It’s been lovely. The people are warm, gracious, welcoming. It was nice to have an Indian perspective to the work we do, so I am grateful.

What’s your take on the Indian whisky industry? One thing you like and one thing you’d want to change?

We represent a wide international grouping of whiskies – a rising tide floats all boats – and to see Indian whiskies that are rising now, promoting the category – there is so much to learn. Challenges of producing is something like whisky are always there but I am excited about the prospects. I don’t know the industry that well to change anything as yet. How has the whisky industry changed in the last 10 years? And what does the near future hold?

Globally, the growth of whisky production has changed all over the world with micro distilleries that have come in, that are changing people’s perspectives and challenging big brands – that’s a good thing. Also, alongside whisky, there is mezcal  and it is an interesting category particularly for us working with smoky whiskey. There are some interesting similarities between mezcals and smoky whiskies and I think that we have to listen to the small producers.

Tell us a bit about Ardmore Legacy Highland Single Malt Scotch Whisky. Why do you think Indians will take to it?

Ardmore being one of the highest altitude distilleries, there’s a great perspective for Ardmore Legacy. It is a distillery that has a long family tradition and the way we produce our spirit in the traditional methods speak to the history of the brand but also, the way we were able to rise from our problems (we had a fire at the distillery) and produced a new style of spirit that we have incorporated into the Ardmore Legacy bottling, that makes it very approachable. For me, it’s a gateway to get into the single malt whisky category – there is depth of flavour, there’s sweetness and honey notes – its a very pleasurable whisky experience.

Beam Suntory is a world leader in luxury and premium spirits. How does the brand see the Indian market?

We see the Indian market as an opportunity for us to grow as a company. We reach across many markets – whether it’s the US or Japan but there have been challenges there and here too. Perceptions are changing and we listen to people we approach it as an opportunity to present the brand to the people. It’s an offering to a great community. What have you learnt about the drinking habits and choice of drinks here in India in this visit?

What I’m seeing right now is that its about enjoying the whisky on it’s own. It’s less cocktail-focussed. In other parts of the world, cocktails are leading the way. But what I see here, is the essence of the spirit and the whisky itself which is great. It should be about the whisky first.

Whisky trends: Is there anything trending at the moment?

The Highball for me is one that I am gravitating towards. I have learnt to appreciate the experience of highball and you need good seltzer, a high carbonated seltzer – it’s like champagne. The more the bubbles, the more you can appreciate it.

Is there a correct way to drink & degust a whiskey?

You drink the whisky the way you want it. I think one gets intimidated because of these rules. There are many ways of enjoying it, take what feels right for you.