Move aside avocado because jackfruit is the new global rage

Green, spiky and with a strong, sweet smell, the bulky jackfruit has morphed from a backyard nuisance in India’s south coast into the meat-substitute darling of vegans and vegetarians in the west. Part of South Asia’s diet for centuries, jackfruit was so abundant that tonnes of it went to waste every year. But now India, the world’s biggest producer of jackfruit, is capitalising on its growing popularity as a “superfood” meat alternative — touted by chefs from San Francisco to London and Delhi for its pork-like texture when unripe.

The fruit, which weighs five kilogrammes (11 pounds) on average, has a waxy yellow flesh when ripe and is eaten fresh, or used to make cakes, juices, ice creams, and crisps. When unripe, it is added to curries or fried, minced, and sauteed. In the West, shredded jackfruit has become a popular alternative to pulled pork and is even used as a pizza topping. Each tree can yield as 150-250 fruits a season. 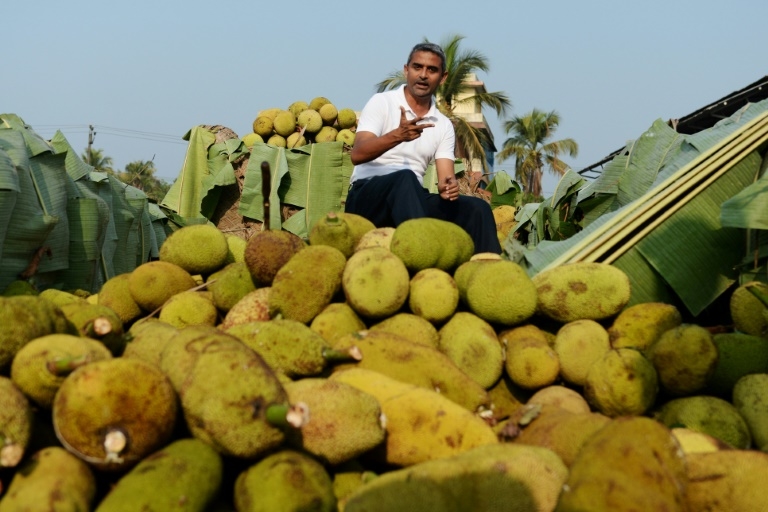 “There are a lot of enquiries from abroad. At the international level, the interest in jackfruit has grown manifold,” Varghese Tharakkan tells AFP from his orchard in Kerala’s Thrissur district. “People love it,” Anu Bhambri, who owns a chain of restaurants in the US and India, explains. “The jackfruit tacos have been a hit at each and every location. The jackfruit cutlet — every table orders it, it’s one of my favourites!” James Joseph quit his job as a director at Microsoft after spotting Western interest in jackfruit “gaining momentum as a vegan alternative to meat”.

Jack of all fruits The COVID-19 crisis, Joseph says, has created two spikes in consumer interest. “Coronavirus caused fear for chicken and people switched to tender jackfruit. In Kerala, lockdown caused a surge in demand for mature green jackfruit and seeds due to shortage of vegetables due to border restrictions,” he explains.

Global interest in veganism was already soaring pre-pandemic, buoyed by movements such as Meat Free Mondays and Veganuary, and with it the business of “alternative meats”. Concerns about health and the environment — a 2019 UN report suggested adopting more of a plant-based diet could help mitigate climate change — mean consumers are turning to brands such as Impossible and Beyond Meat for plant-based replications of chicken, beef, and pork. But they are also using substitutes long popular in Asia such as soy-based tofu and tempeh, and wheat derivative seitan, as well as jackfruit. “You get a hard bite like meat — that’s what is gaining popularity and like meat, it absorbs the spices,” comments Joseph. His firm sells jackfruit flour which can be mixed with or used as an alternative to wheat and rice flour to make anything from burger patties to local classics such as idli.

Joseph worked with Sydney University’s Glycemic Index Research Service to establish any health benefits. “When we did a nutritional analysis, we found jackfruit as a meal is better than rice and roti (bread) for an average person who wants to control his blood sugar,” he adds.

India has one of the highest diabetes rates in the world and is expected to hit around 100 million cases by 2030, according to a study by The Lancet. As global warming wreaks havoc on agriculture, food researchers say jackfruit could emerge as a nutritious staple crop as it is drought-resistant and requires little maintenance.

Tharakkan has not looked back since he switched from growing rubber to jackfruit on his land, and has a variety that he can cultivate year-round. “When I cut down my rubber trees everyone thought I had gone crazy. But the same people now come and ask me the secret of my success,” he smiles.

In Tamil Nadu and Kerala alone, demand for jackfruit is now 100 metric tonnes every day during the peak season yielding a turnover of $19.8 million a year, says economics professor S. Rajendran of the Gandhigram Rural Institute. But there is rising competition from countries such as Bangladesh and Thailand. 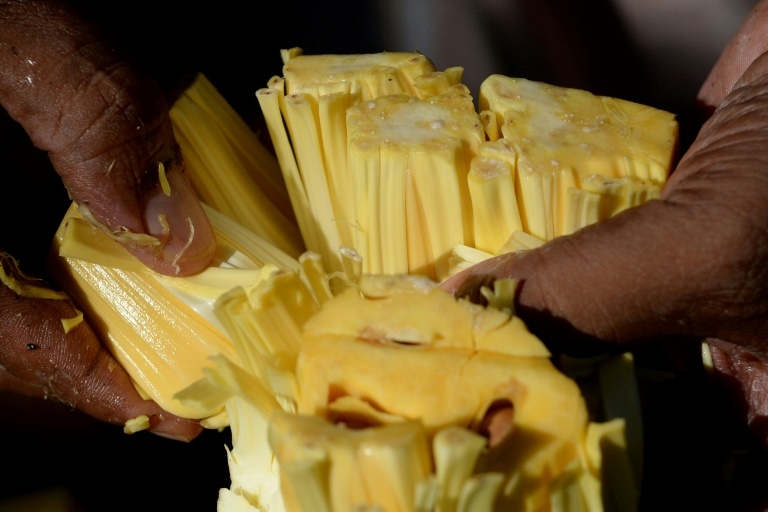 Jackfruit’s newfound international fame is a massive turnaround for a plant that while used in local dishes, has long been viewed as a poor man’s fruit. In Kerala, where it is believed to have originated, deriving its name from the local word “chakka”, Tharakkan recalls it was not unusual to see notices in private gardens asking people to take away the fruit for free because they were so plentiful, they would simply rot and attract flies.

And while India’s jackfruit growers — like the wider agriculture sector — have been hit as the nationwide coronavirus lockdown causes a shortage of labour and transport, international demand shows no sign of slowing.

Sujan Sarkar, the Palo Alto-based executive chef of Bhambri’s restaurants, believes even meat-eaters are becoming jackfruit converts. He adds: “It’s not only vegetarians or vegans, even the meat-eaters, they just love it.”

All images: Courtesy AFP and Getty

Binge Bengaluru’s first TV dinner, a five-course meal you can heat and eat at home

Want to light up your feed? Head to these 10 Instagrammable cafes in India