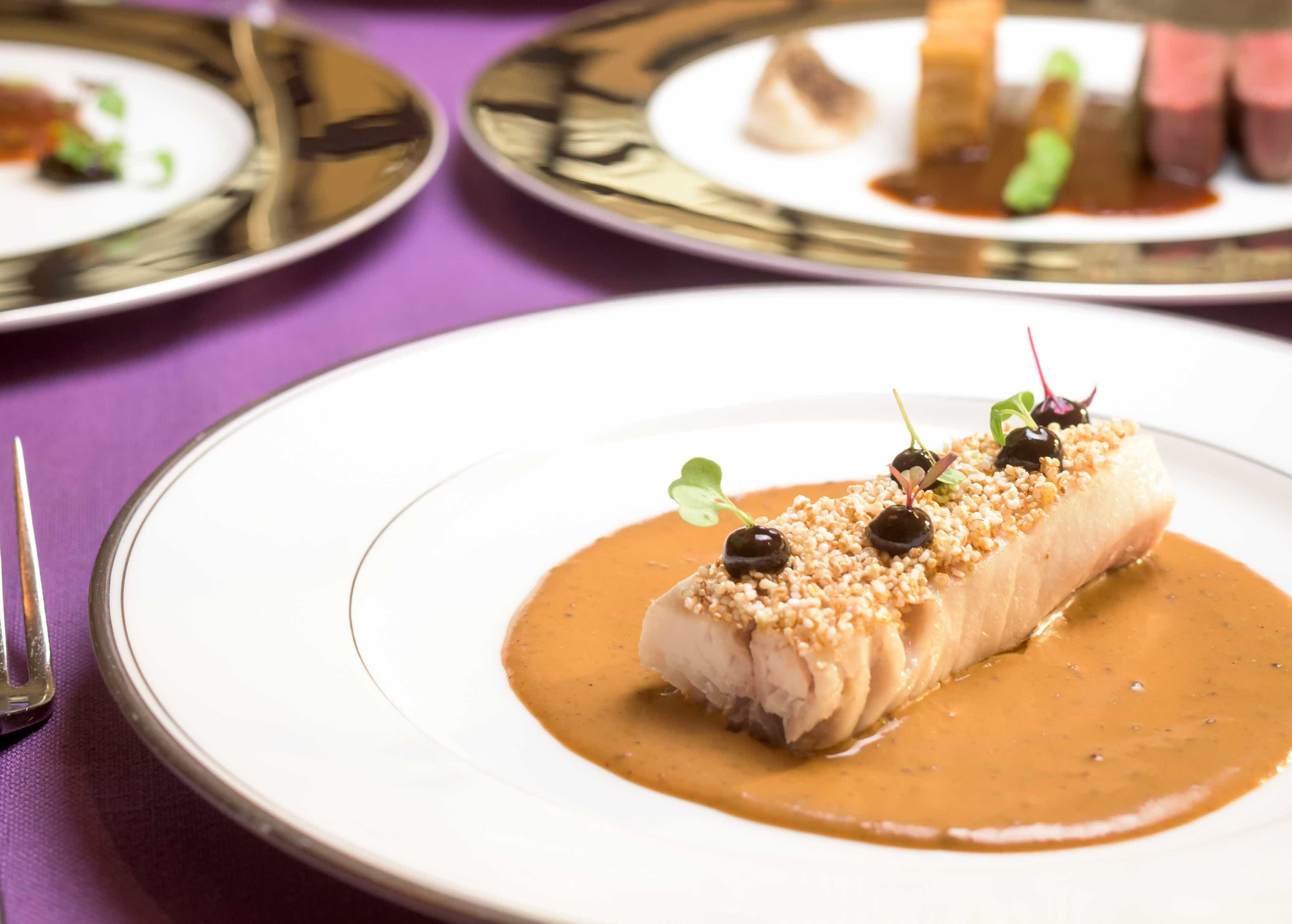 The one menu to try this week: Chef Christiaan Stoop’s at 360°, The Oberoi Delhi

Food & Drink
The one menu to try this week: Chef Christiaan Stoop’s at 360°, The Oberoi Delhi
Share this article
Next article

India is seeing a surge of restaurant openings in every city, and with the social media-fuelled lives we live, as a result there are few restaurants that enjoy the affection of loyal diners. 360° at The Oberoi, Delhi is perhaps one of the few restaurants that wins in this regard. Sunday brunches, business meetings, impromptu dining plans, family celebrations – 360° has been at the centre of it all for the capital, for decades. And when the hotel re-opened in January last year after a four-year renovation, it picked up right where it had left off.

While the tried, tested, and trusted is what The Oberoi is known for, tempering the traditional to cater to the needs of present day is gradually becoming a strong element of their Delhi outpost. It is evident in their Indian cuisine restaurant, Omya, where Michelin-starred Chef Alfred Prasad creates Indian dishes with a modern twist; at Baoshuan, known for modern Chinese, led by Chef Andrew Wong; and at 360°, which under the tutelage of executive chef Rohit Gambhir continues to serve excellent international cuisines, with a special focus on European, Japanese, Thai and comfort Indian food. And now the all-day dining space has brought in fresh taste to the table with Chef Christiaan Stoop, sous chef at 360°.

Hailing from Munich, Germany, and having worked across the UK, Spain, and France, Stoop not only comes with an arsenal of global experience, but also the expertise of having worked with some of the best in the industry, such as The Fat Duck by Heston Blumenthal, among other Michelin-starred restaurants and chefs. Here for 15 months now, his latest addition to 360° is ‘The Confessions of a Culinary Traveller’, a four-course dinner menu inspired by his travels across Europe.

The start, with an amuse bouche inside an eggshell and perched on a ‘nest’, is egg whites whisked with potato and topped with caviar. A fitting glimpse into the visually appealing and effortless dishes ahead. The first course comes inspired from the United Kingdom – a sleek slab of cucumber, topped with drops of seabuckthorn dip, fennel, sliced hazelnuts, and crisps laid in a cold soup of cucumber itself. Light and refreshing, it makes for a great start to summer suppers. The subtle cucumber flavour is balanced out by the heavier nut and fennel, the seabuckthorn adding a bit of tanginess, and the crisps lending a variation in texture. We promise it’ll be over before you know it (and leave you wanting seconds).

Spain- Roasted cauliflower, morels, mustard sauce
Next up is Spain, with a confit red snapper on mustard sauce, embellished with black garlic and amaranth. No-nonsense flavours come together in an easy looking preparation. However, one bite and the thought and technique shine through. The fish doesn’t disintegrate despite being on a bed of sauce, the mustard and garlic enhance the flavour of the meat instead of overpowering, and the crunch of the tiny amaranth adds layers to the dish. The third course, lamb chops, is derived from France. One of the most succulent lamb chops we’ve had in a long time, it alone is so good that we’d go back for another round. It’s hard to go wrong with potato gratin and onion crème that come on the side, both pandering well to comfort food taste buds.
Food & Drink
The artisanal tea trend and the 6 brands championing it

The dessert is a simple, but done in a way that makes it anything but. Bavarian Crème topped with raspberry glass, drizzle, and broken biscuit bits, and thyme. The minty thyme complements the sweetness of raspberry, the cream is light and airy, and the glass can’t be had enough of.

Stoop’s craftsmanship shines through in the complex methods he has used on everyday dishes. And while the techniques may be fine, the final product is uncomplicated and easy to connect with. While he intends to introduce a new menu every few months, based on his perception and exposure to diverse cultures, the current one fits like a glove for summer. And it is one you must add to your list of must-trys for the season.
All images: The Oberoi, New Delhi

Michelin-Starred European Cuisine new menu Delhi Food The Oberoi Hotels
Megha Uppal
Associate Editor
An innate love for travel and food has translated into many a trips since childhood for Megha; it also fed her curiosity to know about local cultures. When not writing, she is on the lookout for three things: A great dark chocolate dessert, a beautiful pool where she can practice her backstroke, and art that she can save up for.
Travel Culture Food Drinks

RYU Gurgaon Review: What to expect from this new Asian resto-bar