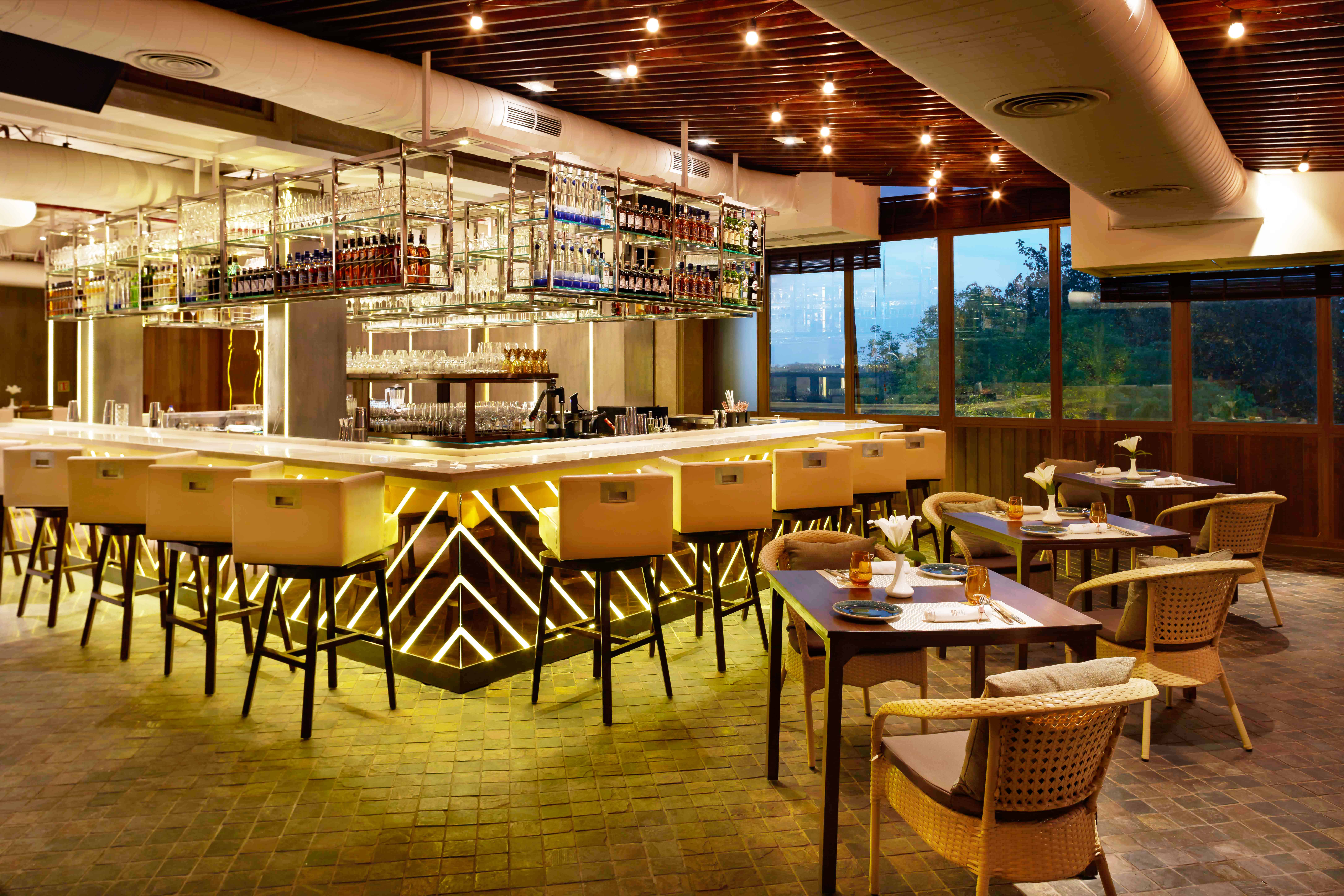 Review: Bo Tai serves up Thai folklore with a tropical flair with the new winter menu

The bar scene in India is finally getting upgraded. We’ve moved past the heavily coloured cocktails, we’ve mastered the Old Fashioned, and thankfully, we are now entering a phase where innovative drinks are the norm instead of being yearly specials. Not just a corner in the restaurant where alcohol and syrups mix, the pooch bar has also evolved into quite the star of the evening (or day, as you please), with specialists being brought in for conceptualisation. In sync with this movement is Bo Tai, Delhi’s modern Thai restaurant which got Barnaby Ingram and Dino Koletsas of Dare Hospitality (London) to reinvent their cocktail menu. Inspired by Thai and Tiki cultures, their 10 new winter cocktails move beyond the typical and pack a potent punch.

A Gift for the Mermaid Princess

Temple of the Lion
With its roots in Polynesia, the modern tiki culture was made popular in the US, with its tropical theme that focuses as mucho presentation as on taste. The men from Britain have amalgamated that with Thai folklore, bringing to the table hooch with a history. From coco shells to coconut cups, orange rinds to dehydrated mango — the cocktails charm the eyes as much as the palate. The Clarified Dragon Punch carries pronounced whisky flavour with a zesty orange spin. The classic combination makes for a smooth swig thanks to the clarified milk. One of the prettiest cocktails to ever grace an Indian bar, A Gift for the Mermaid Princess comes sitting in a conch shell-shaped ‘glass’. Featuring banana, mango, pineapple and edible flowers, it leans on the sweeter side.

However, the range of drinks strives to keep all preferences covered. If you like your tipple stiff, the Temple of the Lion and Kinnari’s Embrace should be your pick. These respectively come in a silver-plated stem glass and a bamboo cup, no less. The vodka-based Macchanu’s Riddle in a lotus cup and the Hatsadiling in a coconut shell too help add glamour to the alcohol. While the visuals appeal, it is the play of real ingredients that makes the cocktails stand out. Not to forget the folk tales behind each drink, which add to their character and make for an engaging conversation point too.

Kinnari's Embrace
For a teaser, the Temple of the Lion is inspired by the story of why chinthes guard the entrances of pagodas and temples as given in the Mahavamsa. A princess had a son with her lion husband, but later abandoned the lion, who then became enraged and set out to terrorise the lands. The son then went out to slay this lion. He came back home to his mother stating he slew the lion, only to find out that he killed his own father. The son later constructed a statue of the lion as a guardian of a temple to atone his sin.
Character. Charm. Culinary craft. This brand new cocktail menu is the perfect welcome to winter. With their modern Thai food balancing regional and comfort food tastes to accompany the drinks, Bo Tai’s terrace just became all the more inviting.
Where: 6/4, Kalka Das Marg, Behind Qutub Minar, Seth Sarai, Mehrauli, New Delhi
Opening hours: 11:30 am to 1 am, all days
Recommended drinks: A Gift for the Mermaid Princess
Price: INR 3,500 plus taxes, for two
Noise levels: High
Service: Well informed
All images: Courtesy Bo Tai
Cocktails Tiki Cocktails Menu Revamp New Menu Review thai infused cocktails Delhi Cocktails Drinks in Delhi
Megha Uppal
Senior Associate Editor
An innate love for travel and food has translated into many a trips since childhood for Megha; it also fed her curiosity to know about local cultures. When not writing, she is on the lookout for three things: A great dark chocolate dessert, a beautiful pool where she can practice her backstroke, and art that she can save up for.
Travel Culture Food Drinks
Sign up for our newsletters to have the latest stories delivered straight to your inbox every week.

#LSAEATS: Honk, Pullman in Aerocity – South-East Asia, on a plate