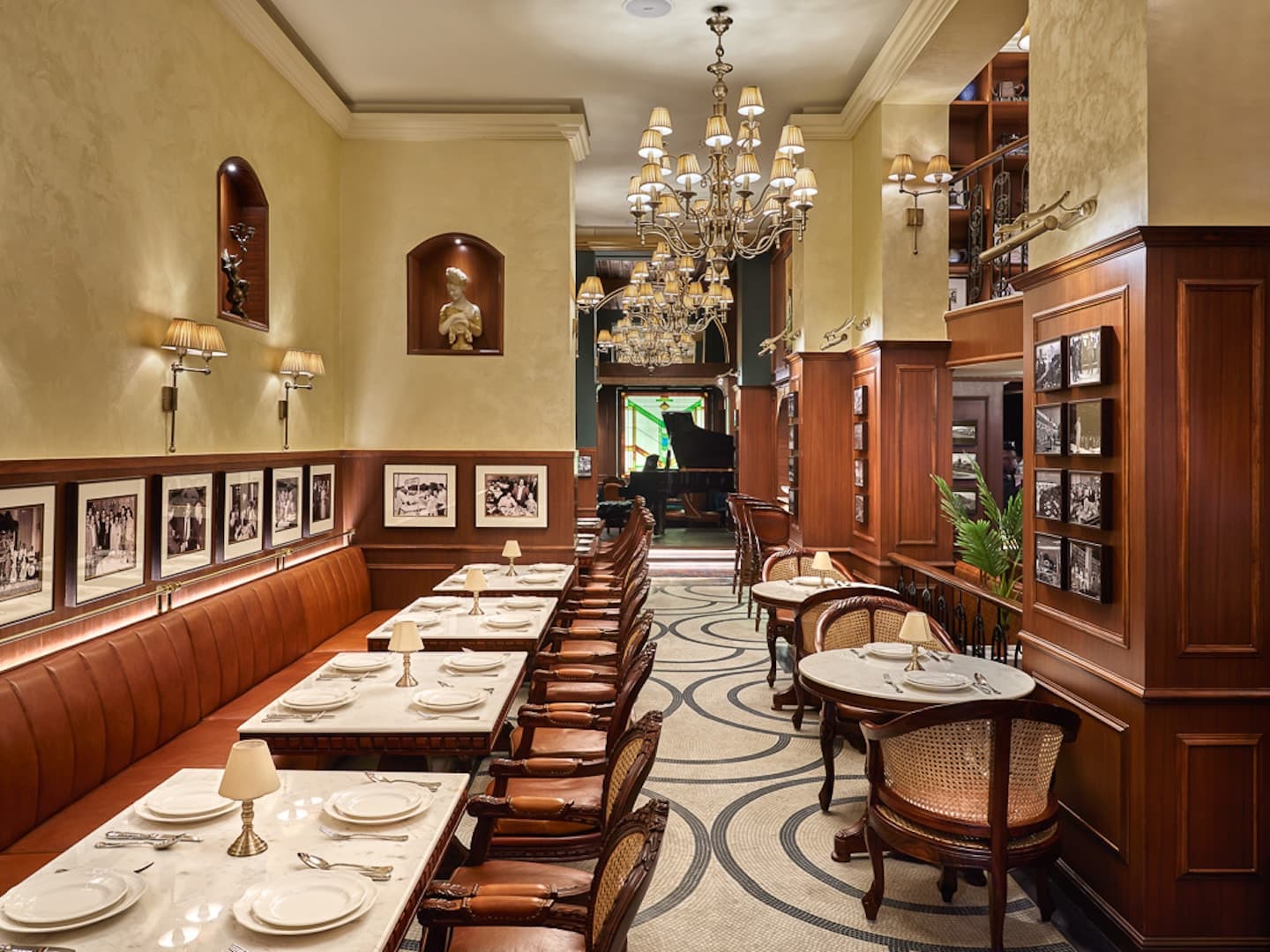 Kwality: What the revamp means for this 80-year old iconic restaurant

Food & Drink
Kwality: What the revamp means for this 80-year old iconic restaurant
Share this article
Next article

It’s not every day that you break bread at a restaurant older than the country it is in. Which is the first thing that makes Kwality, the almost 80-year-old establishment in the heart of Delhi, special. Opened in Connaught Place in 1940, the eatery was a pioneer of the Anglo-Indian cuisine, something they champion till date. Recently, the iconic restaurant shut its doors for six months, to undergo a revamp. Retaining the cuisine they’re known and loved for, they have now added a breakfast and high tea menu to it, and overhauled the interiors that now hark back to colonial times.

Welcomed by large windowfronts shadowed by awnings, you walk through a rich velvet curtain to enter. The interiors feature floral wallpaper, elaborate chandeliers, and solid wood furnishings, and a pianist sits playing mellow notes at the opposite end. A polo bar inspired by the lifestyle of maharajas, photographs by veteran photographer Madan Mahatta, and a floor of Italian marble and checkered wood make for a time capsule to the pre-independence era. Elegant, regal, yet comfortable, Kwality is where you feel at home.

A melangé of Indian and English flavours and cooking techniques, the menu puts forth dishes that have held sway over different generations, and whose perceptions have also evolved with time. Think Masala Chops and Bread & Butter Pudding, which started as fine dine in the 40s, went on to become a staple in homes, and over the years have now gone back to being a novelty. Mulligatawny Soup
We started with the crispy Cheese Balls – there’s no going wrong with the combination of Emmental, cheddar, flour, and egg. It made for an appetiser that warms the heart. The Palak Patta Chaat didn’t quite hit the right notes, with the pattas being too thick for a chaat, and sodden by the time it reached the table. The Kwality Chicken Kebab and Masala Chops featured succulent pieces of chicken and mutton, respectively. Lightly fried and made with condiments and spices such as coriander, chilli, butter, and cream, these are bursting with flavour and reminiscent of old school parties.
Food & Drink
Fine dining in India: Going (Hyper) Local

The famous Kwality Channa comes with a massive bhatura, which remains soft and tasteful till the end. The channa itself is mildly spiced, with occasional potato chunks, making it a go-to if you can’t take the typical spiciness of Indian fare. The veggies and meats are alike when it comes to being done well. The red chilli powder and yoghurt-based Rogan Josh was rich, but not the uncomfortably heavy sort. The meat falls off the bone smoothly, making for the perfect meal with the melt-in-mouth naan. Chicken Bharta is tiny pieces of chicken cooked with ginger, onion, tomato in a clay pot. The three favourites of the Indian palate assure that this would be a winner at any table.

There’s a certain kind of reassurance in returning to the known, not to mention the feeling of nostalgia and comfort that Kwality panders to. The food remains the same, but the detailed revamp of the ambience has infused the space with new life. And it tastes just as good, allowing the restaurant to continue its reign as a flagbearer of this cuisine. Go here for food you know and love because it will be as impeccable as ever; and the setting will be a time-locked oasis in the midst of the capital’s hustle.

Restaurant Review Food Review Revamp Comfort Food best restaurants in delhi fine dining india
Megha Uppal
Senior Associate Editor
An innate love for travel and food has translated into many a trips since childhood for Megha; it also fed her curiosity to know about local cultures. When not writing, she is on the lookout for three things: A great dark chocolate dessert, a beautiful pool where she can practice her backstroke, and art that she can save up for.
Travel Culture Food Drinks
Sign up for our newsletters to have the latest stories delivered straight to your inbox every week.