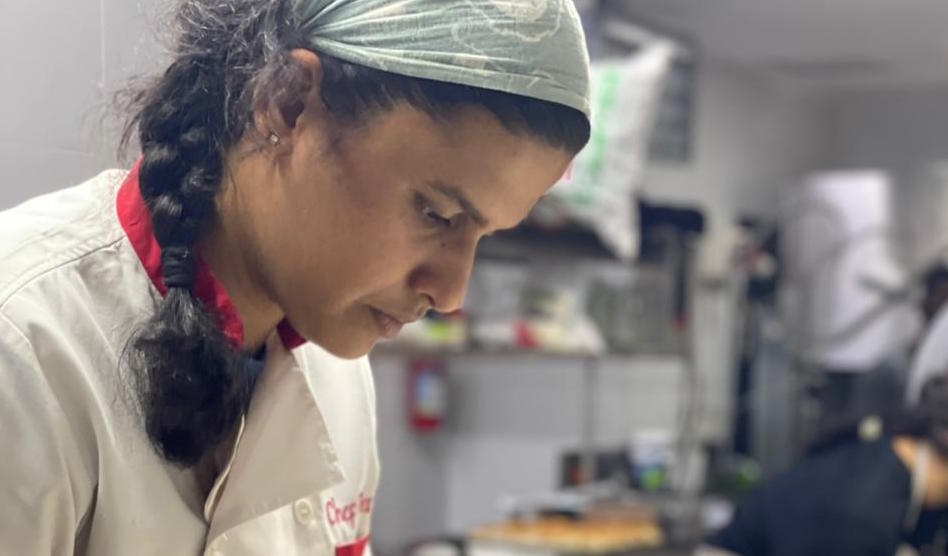 A fan of Mangalore’s Kori Rotti? Have you paired it with some Sasime, a traditional salad from Udupi that uses mustard and yoghurt? Familiar with the Tambuli, a yogurt curry with healing greens? Ever tried it smoked with some Lavancha (vetiver leaves), which is often lit in temples for its fragrance (and also steeped in drinking water for its cooling properties)? Chef Shriya Shetty, who bases her cooking on her ongoing research on traditional Mangalorean food, is bringing these dishes to the forefront, and in the process, shedding light on the city’s culinary heritage.

Spreading the love for ghee roast, Chef Shetty’s once-a-month workshops are often sold out in minutes. Here is a young lady who knew from the get-go that the world of food is where she wanted to be. In her seven years in the industry, she has worked in Ellipsis in Mumbai, Gaggan and Mikkeller in Bangkok, and has been on the launch teams of Mumbai’s One Street Over and Bastian. But regional Indian food is what had her heart.

Shetty moved from bustling Mumbai to quieter Mangalore five years ago, to learn more about the cuisine of this city’s many communities, and work her way all across Karnataka, documenting its culinary heritage. 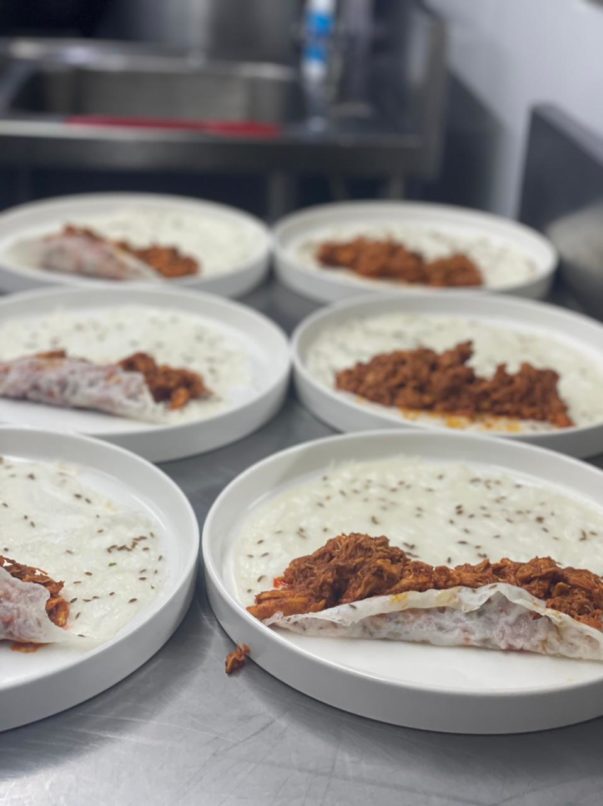 “Often people think of Mangalore as representative of Karnataka. It’s not, and I want people to know that. We have the coastal region, Malnad, Bayaluseeme (the plains), and north Karnataka. Within Mangalore, we have the cuisines of the Catholics, the Mogaveeras (fisherfolk), the Bearys, and the Gaud Saraswat Brahmin communities. With every dish, I try to bring in an element that is hyperlocal to our region and cuisine. With combinations like Prawns with Smoked Lavancha Tambuli, I can speak of and showcase multiple communities on a single plate,” says Shriya Shetty.

Growing up, the idea of being a chef was not top of the list but interest in food was, as was the idea of having a restaurant of her own someday. Her approach to food has always been hands-on. “I completed my first hobby baking workshop when I finished school and loved it. At 16, I began taking small orders at home. I believed that internships were the way to go. I was sure of wanting to be in the kitchen but wasn’t interested in a hotel management degree. And so, I pursued commerce and worked on getting internships,” says Shetty. 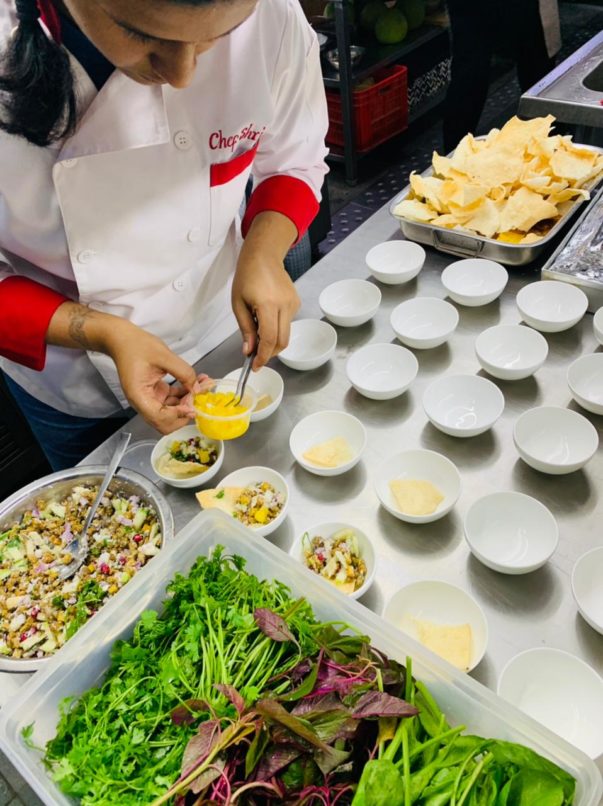 Among other internships in commercial kitchens, she applied for one at Ellipsis in Mumbai, with Chef Kelvin Cheung. “I must have written 15 emails in two weeks, and probably annoyed Chef Cheung into taking me on,” Shetty laughs. During her time in the bakery section here, she was exposed to the hot kitchen and knew that she found the place she truly wanted to be. Two months into her training, Shetty was offered a job at Ellipsis and entered the food industry formally.

As a chef in 2021, she strongly believes that food has to be relevant to current times. “I bring that in my style of plating and in a way, I explain things. With flavours, I remain old-school – it has to taste great and stay true,” she adds. Shetty works on pop-ups and curated private meals. 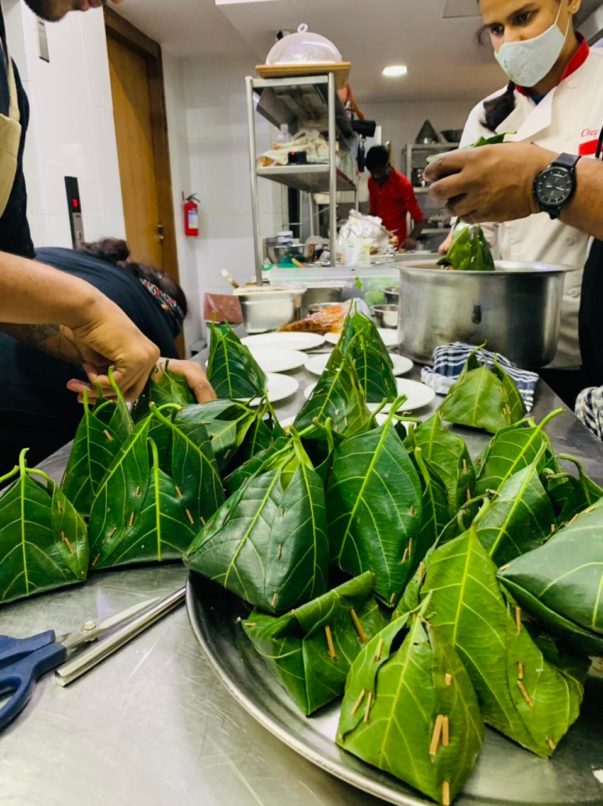 She is, however, quick to emphasise that she is not creating new food. “I am just documenting and showcasing to the world what our ancestors did. I believe it is important, and that even if one chef does this in every region, we will be able to represent India on a global platform.”

Shetty is currently working on a brick and mortar space, where people can experience her food in Mangalore. Her bakery, Buttercream Co. will soon open up in a larger space, and she has a lot planned for it too. “I strongly believe that the best food you can cook is the one you have grown up with. If you can cook and convince others who share the same culinary history and make them happy, you know you have made it,” says Shetty. With her partner Varun, she wants to extend her efforts across the state of Karnataka. Her journey will be one to follow. 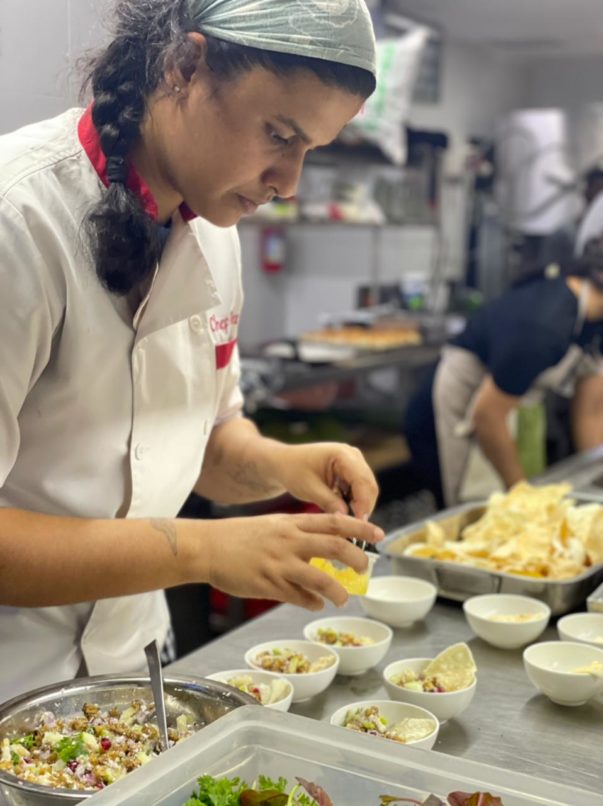 Ruth is an independent journalist based in Bengaluru. Always in pursuit of the next story that interests her, she loves her food and drink, and is a bookworm and a sucker for sunsets and airplane journeys.