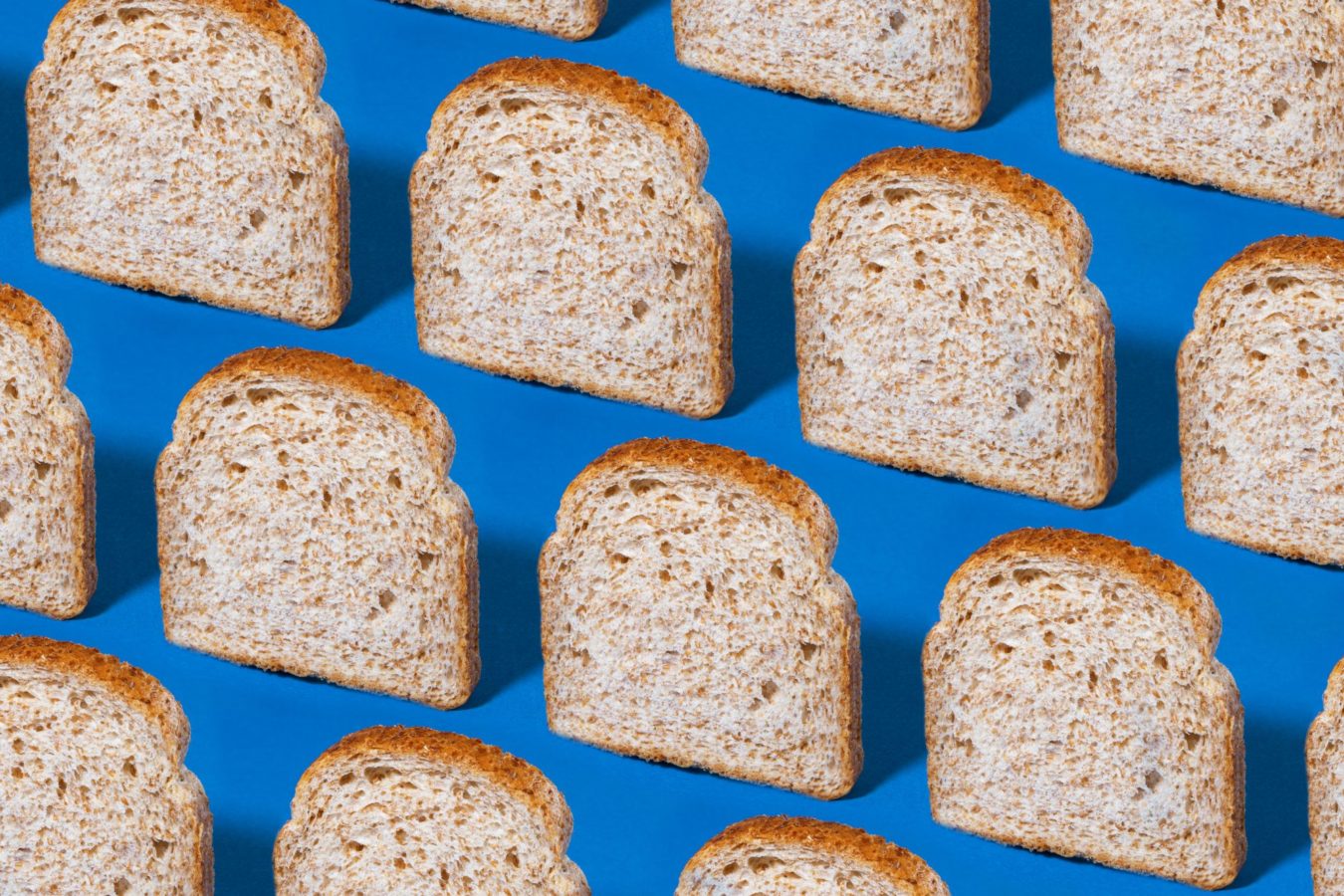 Food & Drink
What is gluten? A nutritionist explains everything you need to know about the protein
Share this article
Next article

Gluten has become a popular topic, and there’s a lot of confusion about if going gluten-free is a legitimate pursuit or simply an unfounded fad. Let’s clear it up. Here’s what gluten is, why eliminating it from your diet may be necessary, and which common pitfalls to avoid if you decide to go gluten-free.

Gluten is a type of protein naturally found in wheat (including spelt, kamut, farro, and bulgur), barley, rye, and triticale. However, as an additive, gluten acts like a binder that holds food together, so you may find it in products ranging from salad dressings to vitamins; it can even be in lip balm.

Is gluten bad for you?

There are legitimate medical conditions that make people unable to tolerate gluten. The most common is celiac disease, an autoimmune disorder in which eating gluten causes damage in the small intestine (more on this below).

Some people believe that gluten is harmful to everyone and should be avoided across the board. So far, there isn’t much research to support this. A 2017 study published in the BMJ tracked over 100,000 people without celiac disease for 26 years. Researchers found no association between long-term dietary gluten consumption and the risk of heart disease, a concern that those in and out of the medical community had.

Another study, published in the American Journal of Gastroenterology in 2019, assessed over 160,000 women without celiac disease. Scientists concluded that dietary gluten intake during adulthood was not linked to a risk of microscopic colitis, aka inflammation of the colon lining, which was another potential concern.

Still, some people might want to avoid gluten even if they don’t have a condition that causes gluten intolerance. As a dietitian, I’m OK with a client going gluten-free, as long as they consume a variety of nutrient-rich whole food sources of carbohydrates. In short, you don’t need gluten for any reason, but you do need a broad spectrum of nutrients and energy-supporting carbohydrates, which can easily be obtained while avoiding gluten.

Why do people go on a gluten-free diet?

Gluten can be found in many foods, so nixing it completely can be a big commitment, but there are medical conditions that require strict gluten avoidance. Again, someone with celiac disease will have to completely eliminate gluten from their diet. That’s because consuming even small amounts of gluten can trigger serious symptoms, including abdominal pain and bloating. But celiac disease isn’t the only condition that warrants a gluten-free diet. Some practitioners recommend that people with other autoimmune conditions, such as inflammatory bowel disease, Hashimoto’s thyroiditis, psoriasis, lupus, and rheumatoid arthritis, avoid gluten.

There’s also non-celiac gluten sensitivity. For people with this condition, consuming gluten causes bothersome side effects due to an inflammatory response. Symptoms may include flu-like feelings, bloating and other gastrointestinal problems, mental fogginess, and fatigue. The remedy is to avoid gluten.

Even for people without any of these conditions, eliminating gluten may improve health, energy, and weight management—but again, only if it means replacing highly processed foods that traditionally contain gluten with whole, naturally gluten-free foods. For example, if going gluten-free results in making a change like replacing a dense bagel made with refined white flour with a bowl of oats topped with fruit and nuts, you may see benefits, even if your body isn’t specifically reacting to gluten.

Gluten-free foods can be healthy, but they can also be highly processed and lack nutrients. Gluten-free whole grains, like brown rice and quinoa, are chock full of vitamins, minerals, antioxidants, and fibre and have research-backed, health-protective benefits. Other naturally gluten-free, carb-rich foods, including sweet potatoes and fruit, are also nutrient-rich and healthful.

Unfortunately, the gluten-free craze has led to a boom in the number of highly processed foods made with refined versions of gluten-free grains, such as white rice. These days, you can buy a gluten-free version of practically everything, from pizza crust to cupcakes. The fact that a product is gluten-free doesn’t make it automatically healthy; it simply makes it acceptable for someone who needs or wants to avoid gluten.

In my practice, I’ve seen people gain weight after going gluten-free due to overeating processed gluten-free foods like muffins, doughnuts, crackers, bread, and cookies. If your priority is nutrition, read the ingredient list. Unless it’s an occasional treat, a product’s ingredients should read like a recipe you could have prepared in your own kitchen. And if grains are included (some gluten-free products are made with other starches, like potato or cassava), they should be whole (like brown vs. white rice), which means they haven’t been stripped of their fibre and nutrients. In other words, packaged gluten-free foods that are healthy exist, such as chickpea pasta, but you need to look beyond “gluten-free” on a package to scope them out.

Beware of the gluten myths

Since going gluten-free became mainstream, I’ve heard a lot of myths about this protein, and I’ve seen some common gluten-free missteps. For example, I’ve met many people who say they are gluten-free, but in reality they’ve just eliminated wheat-based foods like bread, pasta, and bagels. As noted earlier, wheat is only one source of gluten.

Also, some people think that gluten is found in every type of grain. There are actually several naturally gluten-free grains, including rice, corn, quinoa, amaranth, buckwheat, millet, sorghum, teff, and oats — that is, as long as they haven’t been contaminated with other gluten-containing grains during processing. (Note: This is why some oats are specifically labelled gluten-free. They aren’t a different type of oat, and gluten hasn’t been removed; they simply haven’t been exposed to gluten.) Some people also believe that all carb-rich foods contain gluten, which leads them to eliminate non-grain foods, like potatoes or even fruit, that provide carbs. The truth is, most whole foods are naturally gluten-free, apart from a handful of grains.

Going gluten-free shouldn’t be totally dismissed as a trend. Some people need to nix gluten in order to feel well. Others may opt to avoid gluten because doing so helps them make healthier choices, like snacking on fruit and nuts instead of pretzels. If you decide to go gluten-free, just be sure to avoid some of the noted traps. And if you need more personalised guidance about how to meet your nutrient needs on a gluten-free diet or manage a chronic condition, meet with a registered dietitian who can provide you with tailored advice.

Who is Justin Narayan, the Indian-origin chef who won MasterChef Australia 13?

10 immunity-boosting foods you should include in your diet