From the big screens to the eternal memory lanes, these are 7 iconic movie cars we’ll never forget.

Throughout the history of international cinema, we’ve only seen a handful of movies that have truly shed the spotlight on vehicles. When the focus is on the protagonist and his life, we often take for granted how big a role their motoring counterparts play. But there are certain concept builds and production vehicles on screen that have left motoring enthusiasts and car collectors in pure awe. We’ve handpicked seven of the most iconic movie cars that have cemented their name as pop culture icons.

At first the DMC – 12 might look like a jacked-up stainless steel Frankenstein. It is however the love child of John DeLorean and besides its mad scientist aesthetic, it carries a pokey 130-hp 2.9-liter V-6. However, its specs are overshadowed by its ability to time travel, which back in the 80s was considered to be a slice of futurism, making it an icon. Despite being a motoring movie celebrity, the DeLorean flopped on the market. But the car’s unique, retro-futurist design has earned it a cult following today.

The Transformers dynasty has been around for decades in the form of comics but whenever it made its big screen debut, there was one car that had everyone drooling. Well, at least for those who could get their eyes off Megan Fox. The Chevrolet Camaro in a burnt yellow was every teenager’s dream car in 2007. Apart from transforming into an inter galactic warrior, the 2006 Camaro came with a V6 that churned out 400-HP. As an interesting bit of trivia: Chevy used the Transformers movie as a way of teasing the next breed of Camaros, making this one a concept car at its time.

By the 1970s, the voluptuous shapes of sports cars from the 1950s and 1960s had given way to distinctive and futuristic wedge designs. Pointy cars like the Lancia Stratos and Lamborghini Countach changed the automotive landscape. But neither one of them were ever driven by James Bond. The Esprit featured here doubled as a submarine, matching the caliber of 007. This was simply a spectacle of awe and aspiration with its unorthodox capability.

Just like Bond cars, Batmobiles have always been an object of fascination. Having evolved with each generation, the Batmobile started off as just a pimped-out production car. But with time, it transformed into a military based Tumbler. A beefy 350-cid Chevy V-8 powers the tank-like Tumbler to 60 mph in around five seconds, even with 37-inch off-road tires, according to the filmmaker. It’s pretty evident why it’s an icon. Apart from being one of the most recognised movie cars of the past 10 years, it’s also a major collector’s piece.

James Bond’s legacy of famous cars and far-out gadgets can be traced back to one car—the 1964 Aston Martin DB5 007 driven in Goldfinger and Thunderball. But even without the Bond trimmings, the DB5 is still a piece of art. Its long list of cool tricks included ram bumper, machine guns, ejector seat, smoke screen, oil-slick sprayer, and more. Quite recently, the original DB5 was auctioned off for a whopping $4.5 million.

Possibly the most definitive and brand-personifying car for the Fast and the Furious franchise, the 1970 Dodge Charger has been a passion-project for Dom (Vin Diesel) since his very first F&F offering. It never really left the shed until the movie’s final chase sequence, which unfortunately ended up in a crash but Dom never seemed to really let go of the Charger. Though the stock variant offered 390-hp, Dom managed to tweak and peak it to a point where Deckard Shaw believed it to be 5000+. Undeniably one of the most iconic movie cars of all time.

Although the Minis in the 2003 remake are gorgeous, they don’t even come close to the models from the ’69 film. Mini Coopers have a charm of their own, but The Italian Job created a cult for these vehicles. With six models in different colours – red, white, and blue getaway cars feature a four-cylinder 75-hp engine with a top speed of 97 mph. If you’re looking for a cult motoring movie to watch, do consider this.

Gear
Hot in pursuit: The most extravagant police cars from around the globe 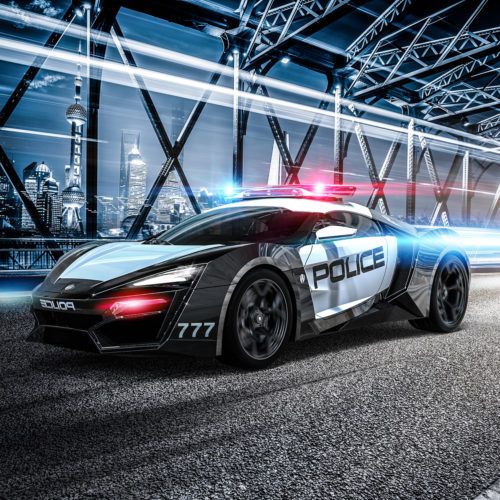