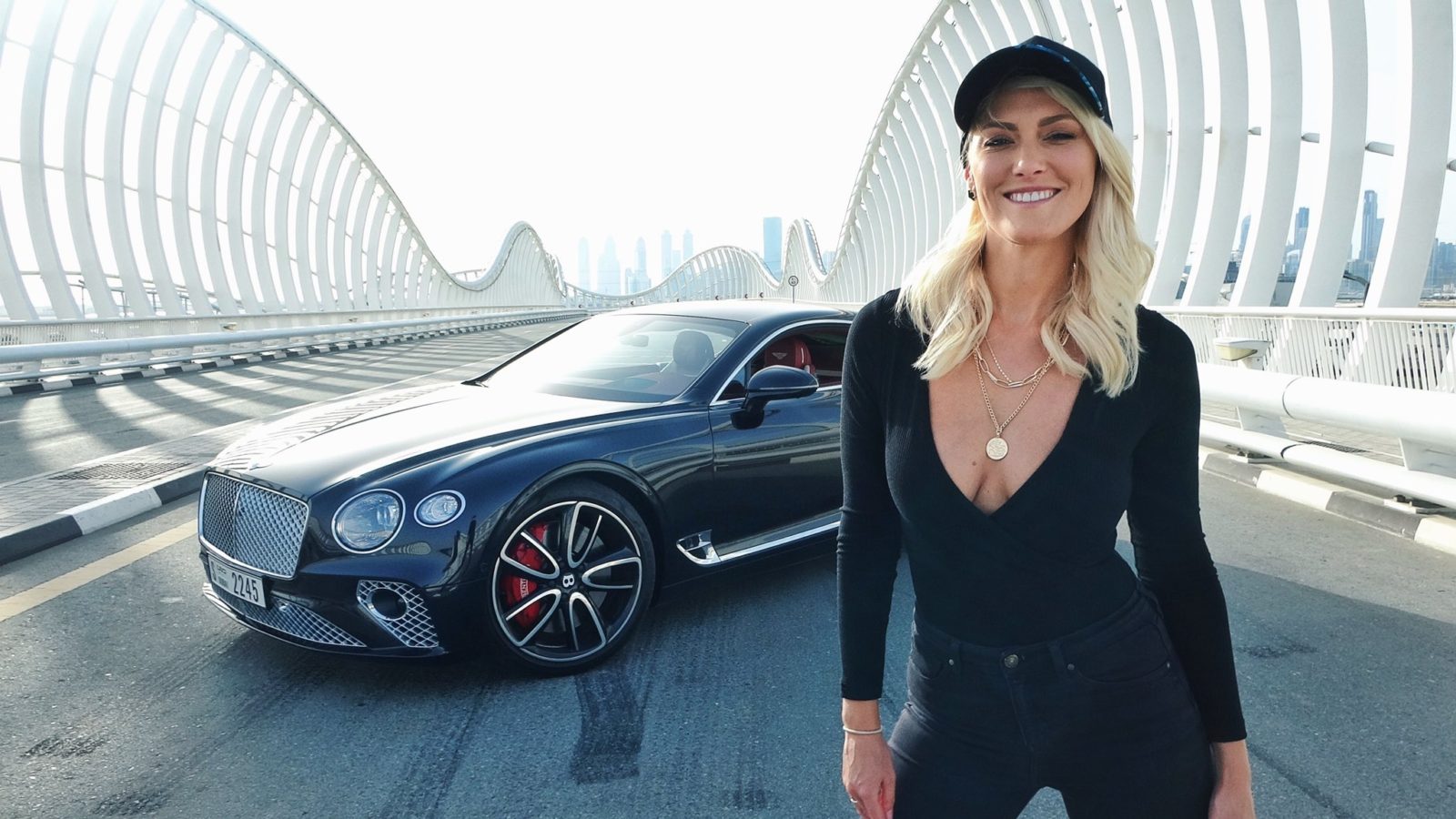 9 times Alex, the Supercar Blondie left us in absolute motoring awe in 2020

Gear
9 times Alex, the Supercar Blondie left us in absolute motoring awe in 2020
Share this article
Next article

From the rarest Bugattis of Molsheim, museum-grade Aston Martins to the super-car stables of BMW, the Supercar Blondie is currently the world’s most trusted source of automobile extravagance.

Three years ago, Alexandra Mary Hirschi, an Australian hustler, quit her day job to hunt down, experience, and film the world of luxury motoring. Today at 34, she’s based in Dubai with millions of followers and is living life what most auto-enthusiasts would dream about. She believes that cars aren’t about four-wheeled transportation, but machines to be enjoyed. Knee-deep in the world of V12s, butterfly doors, and multi-million dollar hypercars of tomorrow, Hirschi was listed in the top 30 most influential Arab women by Arabian Business last year.

Today, we cruise through some of the wildest automotive finds of Alexandra, the Supercar Blondie in 2020. 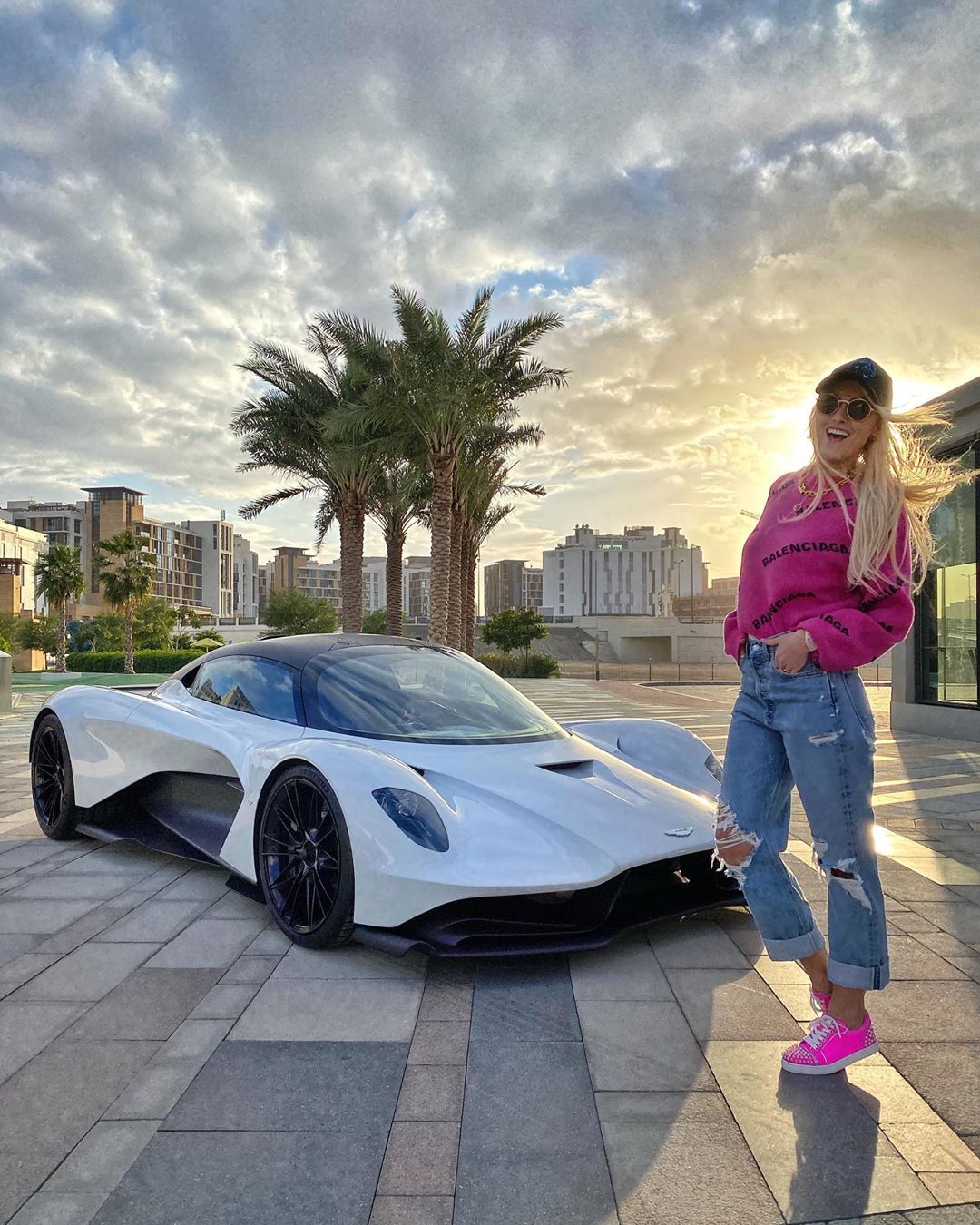 Ready to be featured in the next James Bond film is this Valhalla. We’re not quite sure if 007 will be driving the car himself but his female co-star or ‘Bond Lady’ may. The Valhalla is designed for three things: The future, speed, and to go head-on with the McLaren Speedtail. At first glance itself, it assures you that it’s a car that’s out of its time. 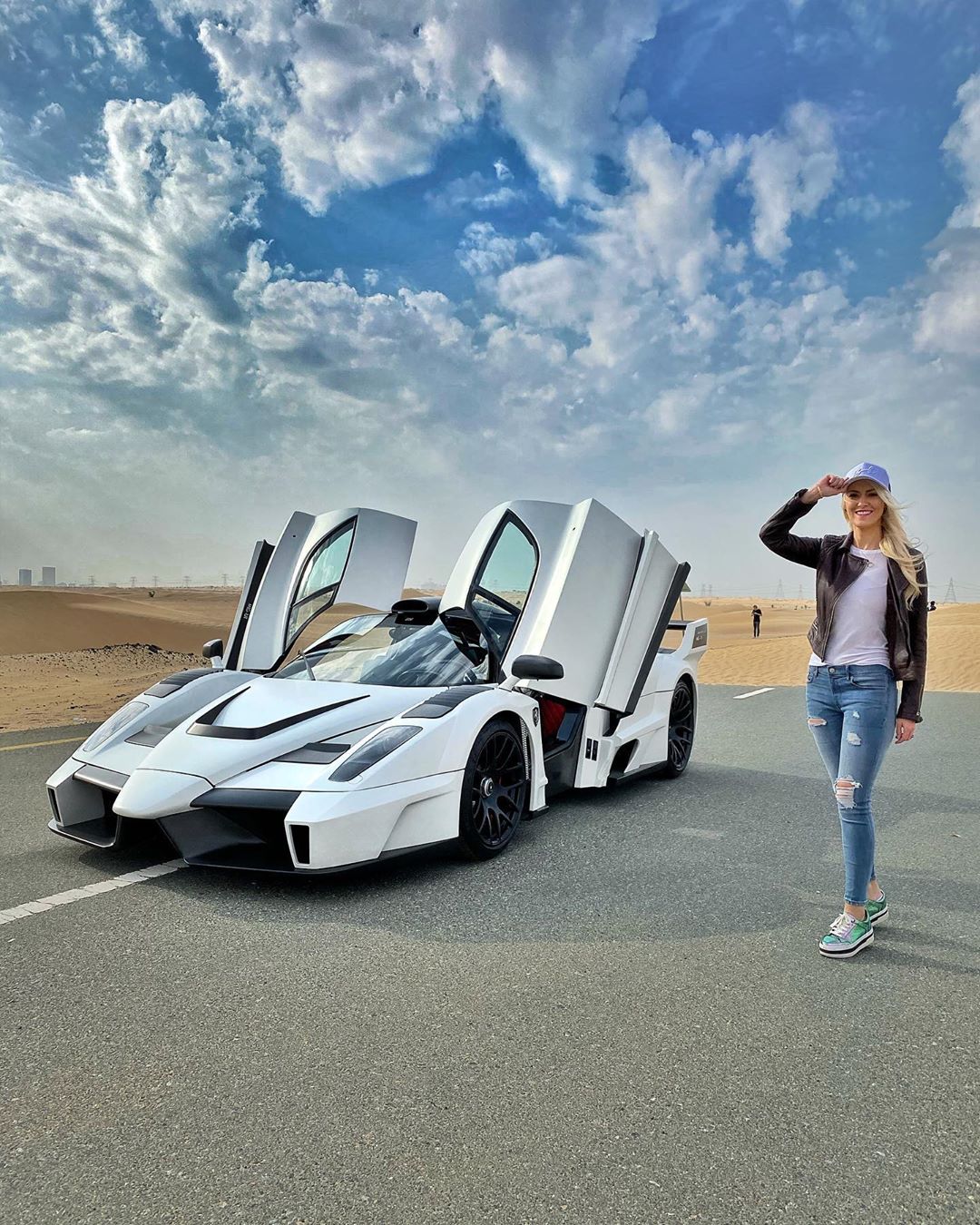 Rumour has it that the owner of this car even rejected a $10 million offer. It’s said to be the only car of its make, a true one-of-one. The car was originally a Ferrari Enzo, which was later converted into this piece of motoring brilliance. The interior and the exterior have been heavily reworked by the owner. The engine has a growl of its own. 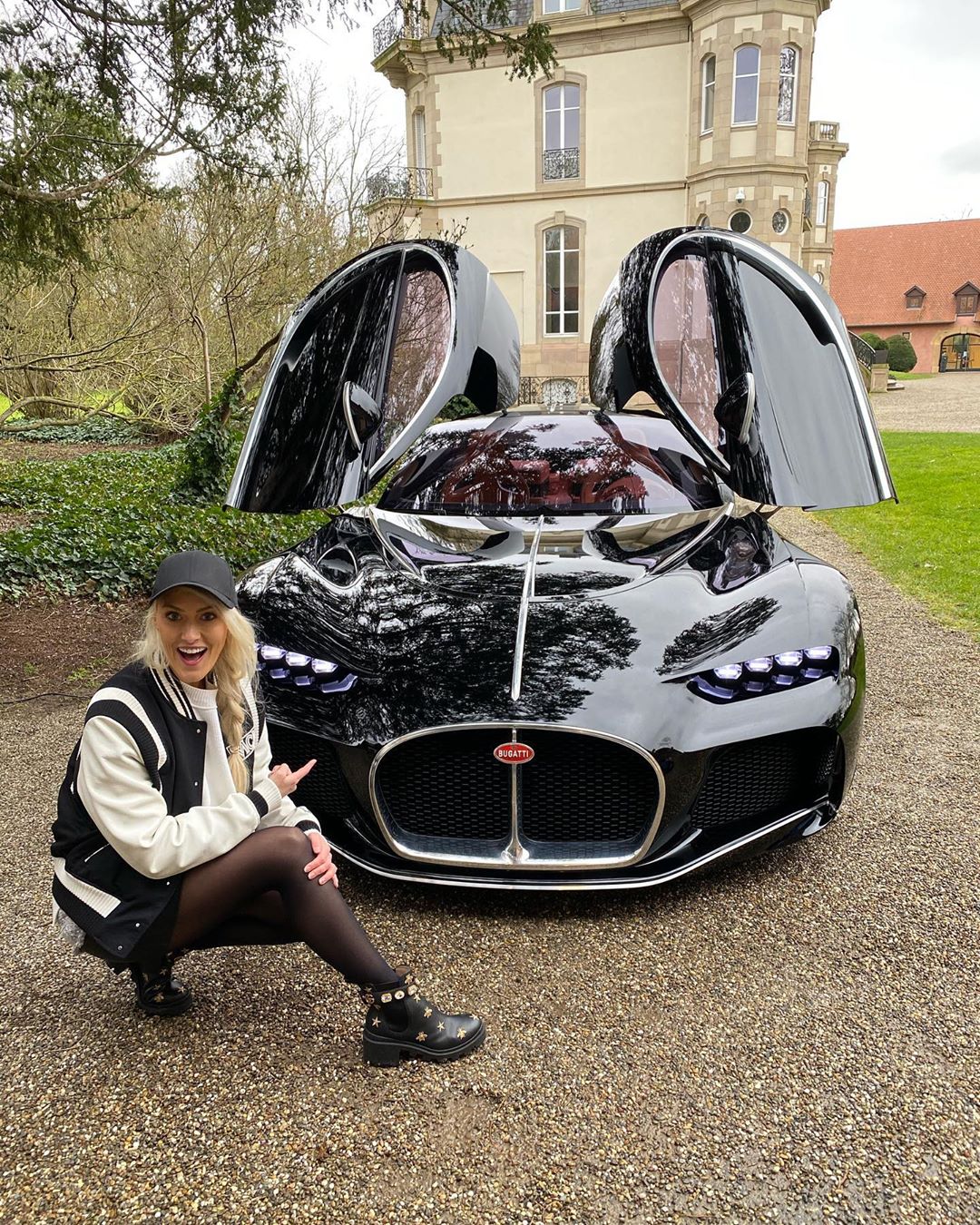 Technically, this Bugatti doesn’t exist. Bugatti had plans to create a more affordable model but axed the project at the very last moment. This is what the car looked like, and it was named the Bugatti Atlantic. It’s currently hidden at the Molsheim estate. Even though it distinguishes itself from other Bugattis, it’s still a marvel. 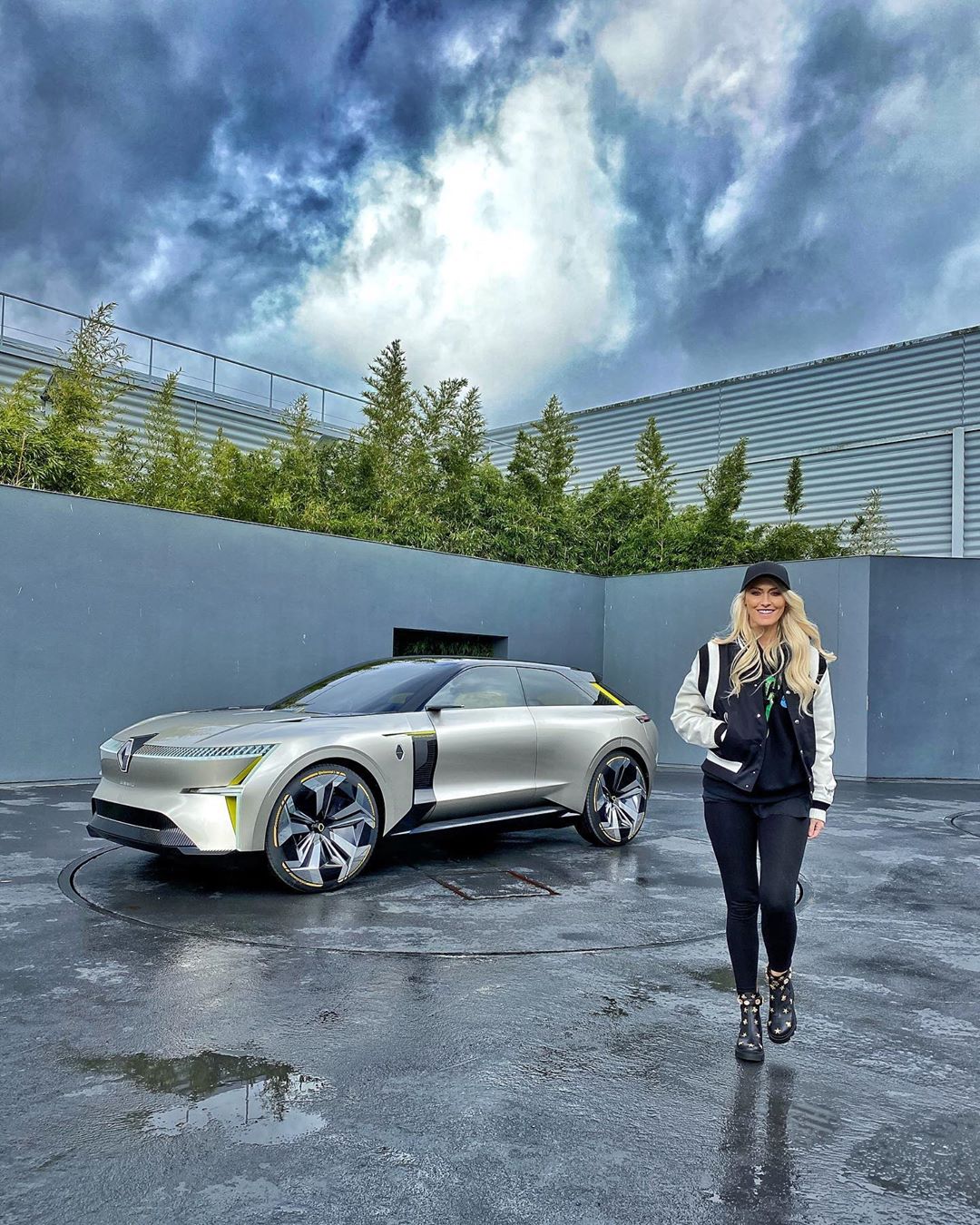 The Morphoz is an all-electric car with level-three self-driving, which means it can manage without close supervision in certain situations like motorway driving that is also fully modular. This last point is key to the innovation offered by the Morphoz, which is supposed to adapt to its environment by, for example, morphing from a small urban SUV configuration to a family-size SUV one in a few seconds. 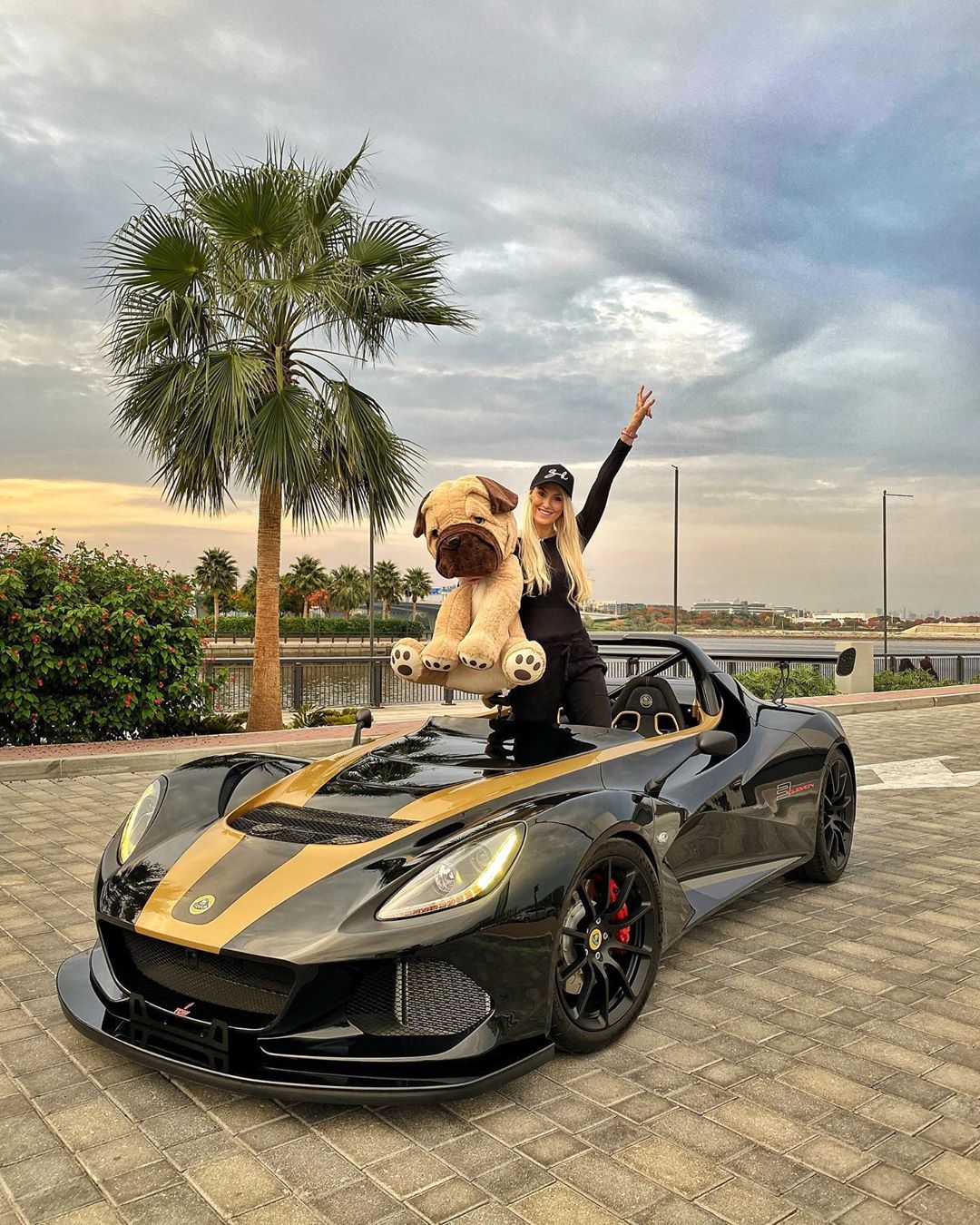 Being the fastest Lotus on their roster, you’ll be surprised that the car’s key is actually the steering wheel. Once linked, you hit start and unleash the fury of 430 English horses. To the front, it’s designed as a hypercar but to the rear, classic F1. 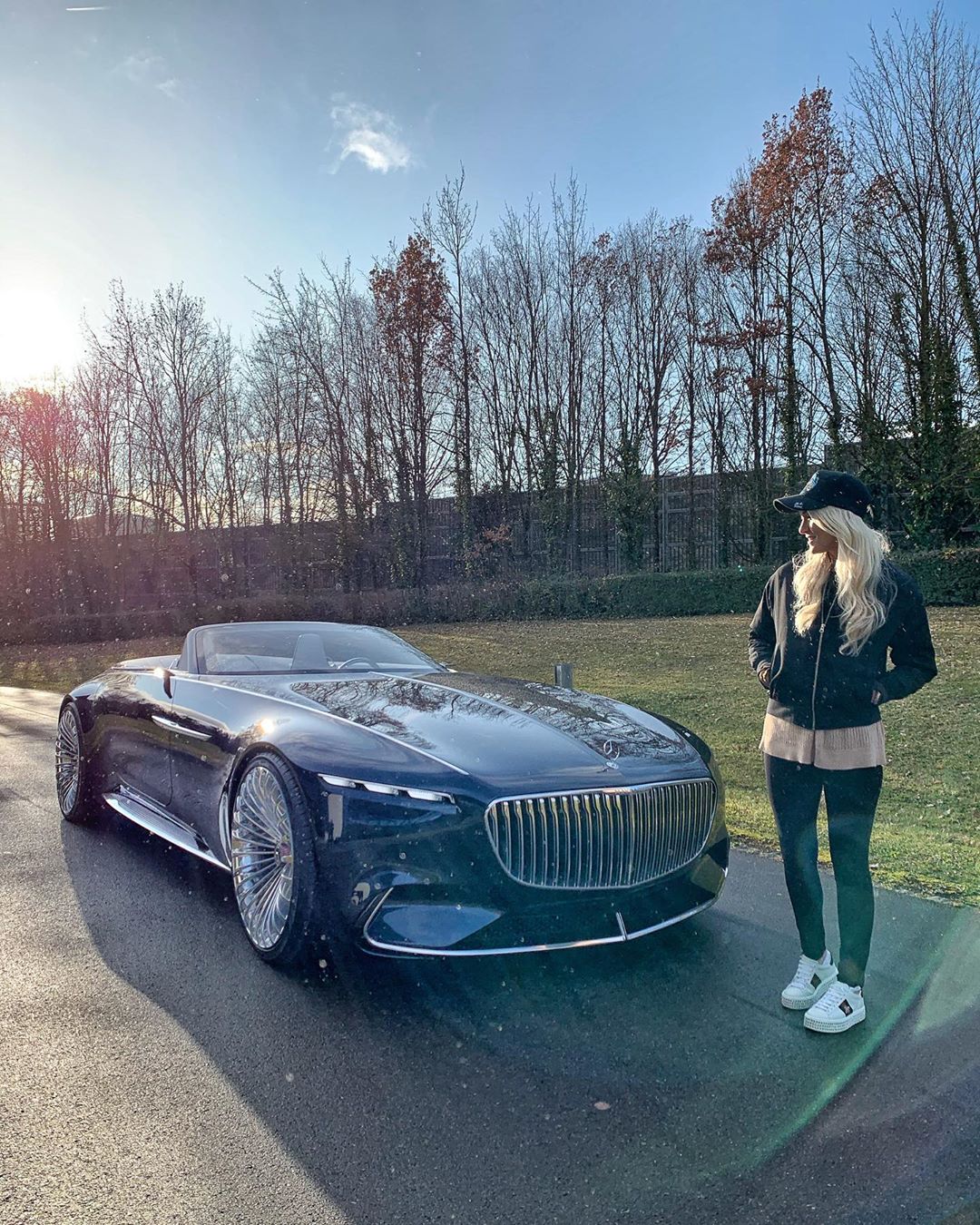 What business do Mercedes have in building a 6 meter long Maybach? None! Nevertheless, this is the car at the forefront of luxury motoring in the future. It is an absolute thing of beauty just as Alex is herself. Mercedes say that the car was designed to imitate the design of a yacht. The interior is plush to the brim with rose gold accents everywhere. 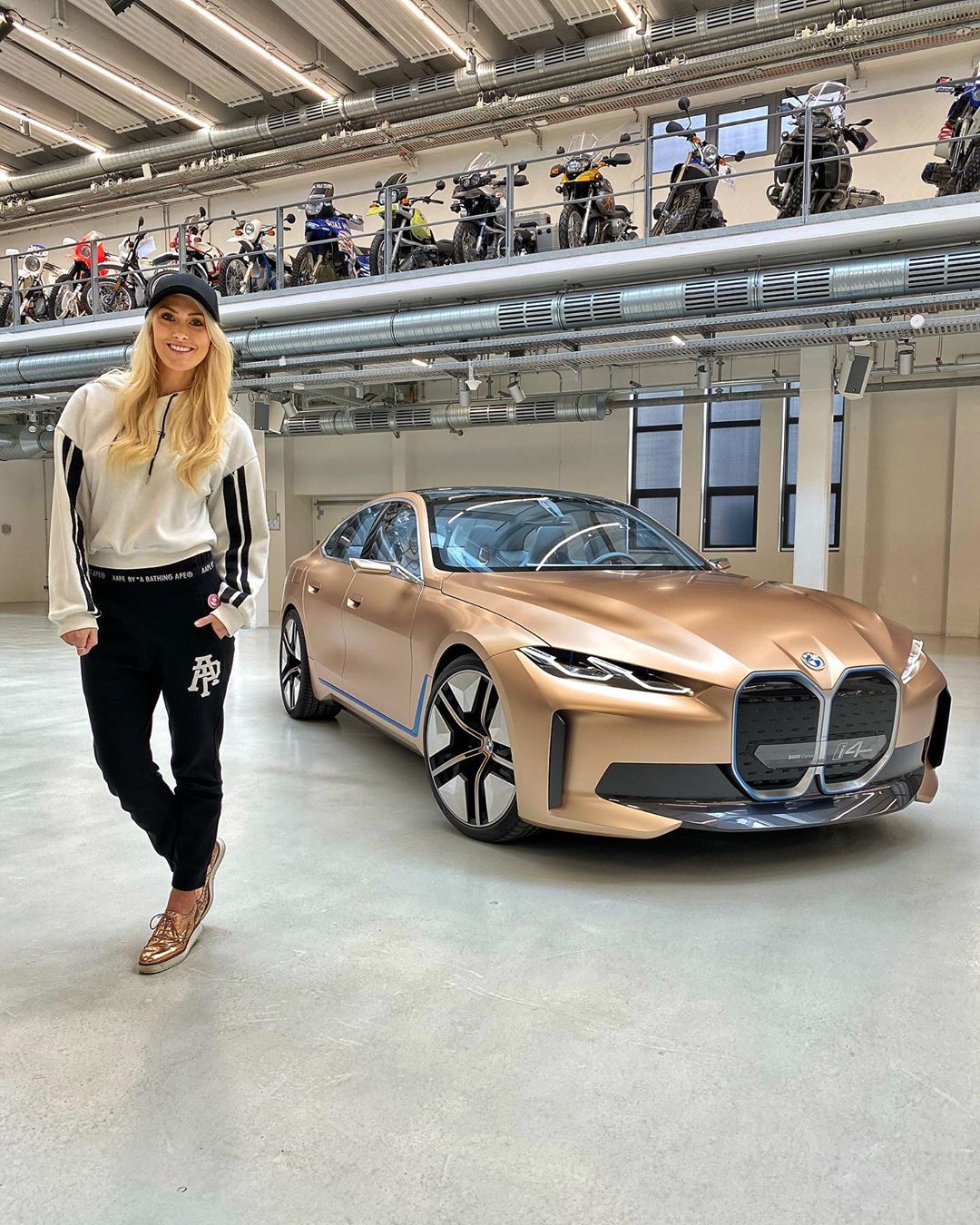 This right here is the House of Munich’s second ever pure electric car and is said to be entering the market next year. That grille looks familiar? That’s where the new BMW 4 series got it from. The i4 is said to be a Gran Coupe, a family car that comes plugged with every futuristic BMW cabin feat in the book. We have no clue how Alex found this car, on paper, it was still a concept. 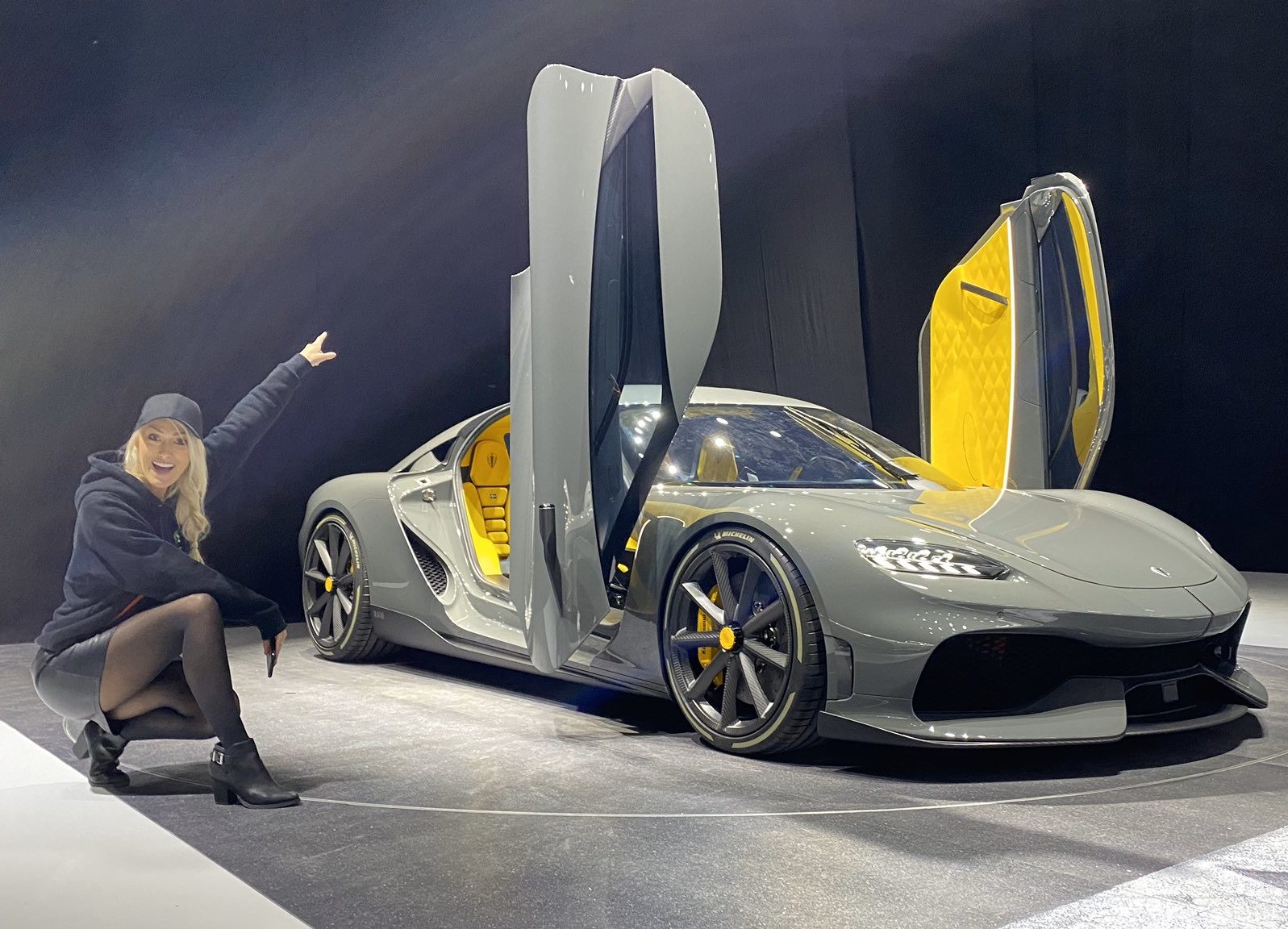 As Supercar Blondie puts it “A hypercar that runs on a volcano”. Apart from being the world’s first four-seater hypercar, it’s also the most powerful at a ground-rumbling 1700-horsepower. More so, it has enough space to fit three mid-sized suitcases. This is the recipe for a family hypercar. Running hybrid, the creators specifically wanted the car to have a grunge petrol engine vibration, which is why they didn’t go completely electric. 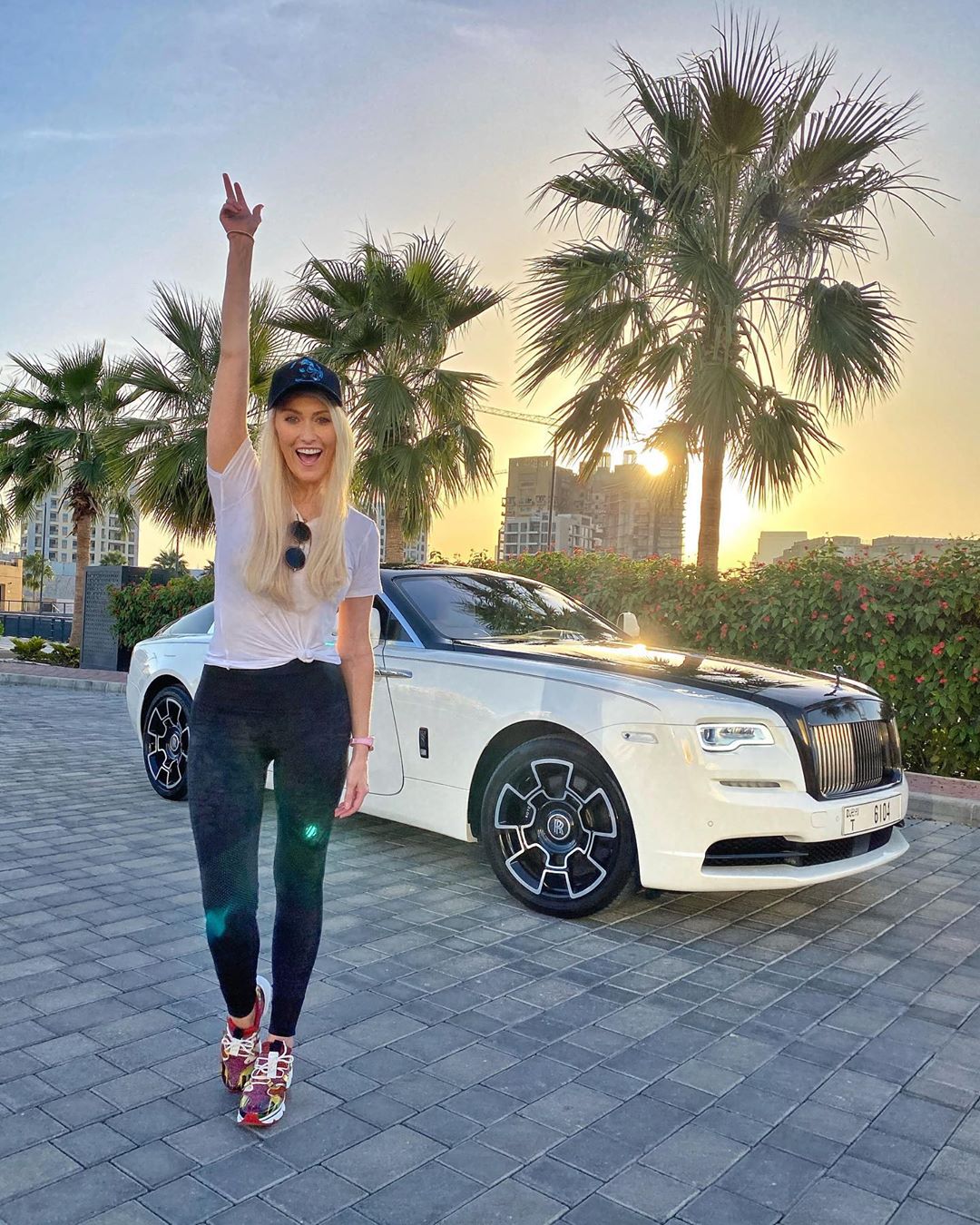 If you see a black ‘Spirit of Ecstasy’ on an RR bonnet, just know that you’re getting more than your regular dose of English luxury. Black Badge models are designed to add much sportier accents to the car. This works through the exterior, the dashboard of the cabin and the luxe seats too. Alex cruised down in a Black Badge Wraith in Dubai earlier this year.