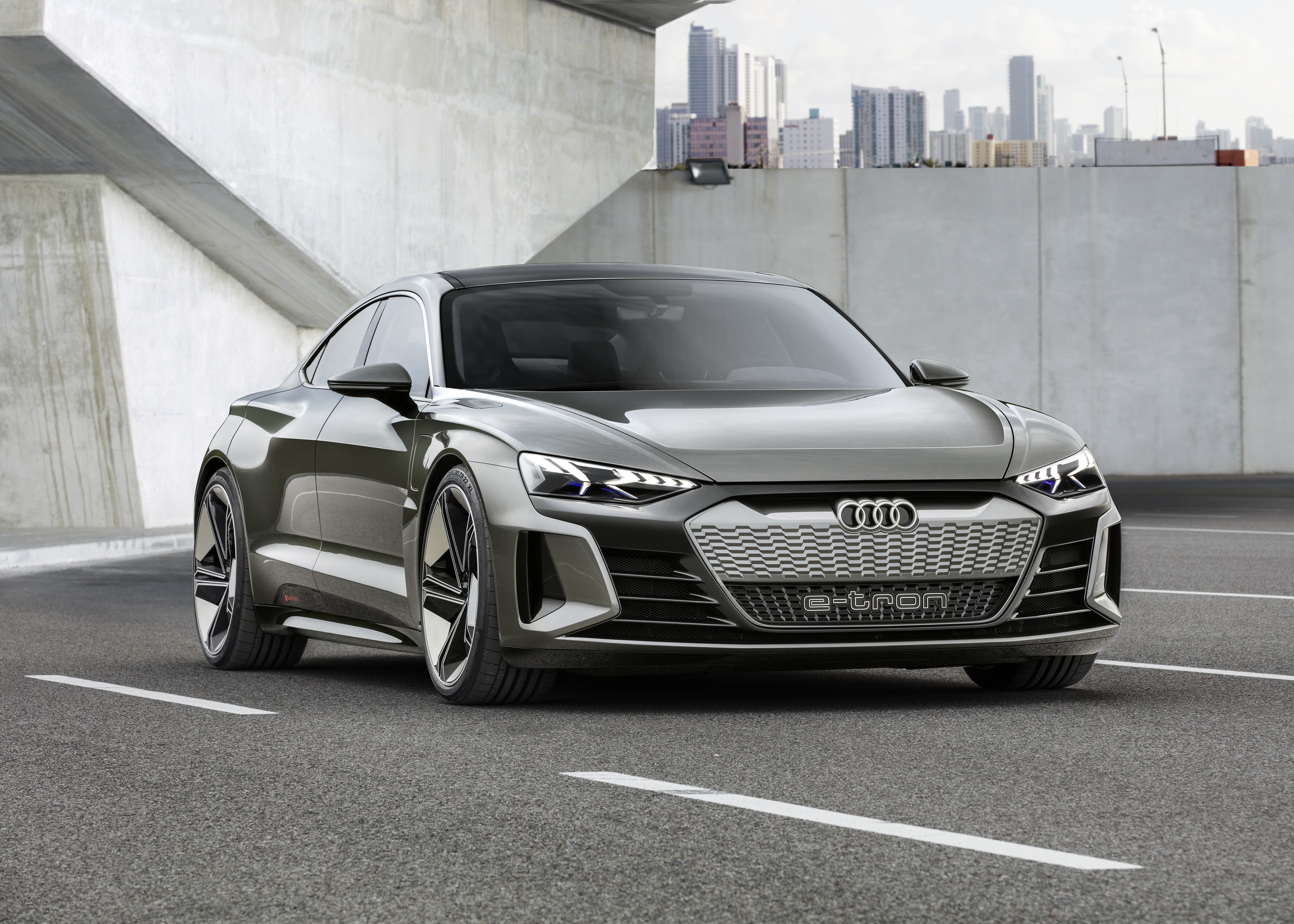 The familiar rings on the logo stand for nothing less than exceptional motoring excellence and that explains why Audi headlines the Los Angeles Auto Show 2018 with the launch of their new coupé, the e-Tron Sportback GT concept. After having its official press launch last year, Audi confirms that the electric coupé will begin production towards the end of 2020. 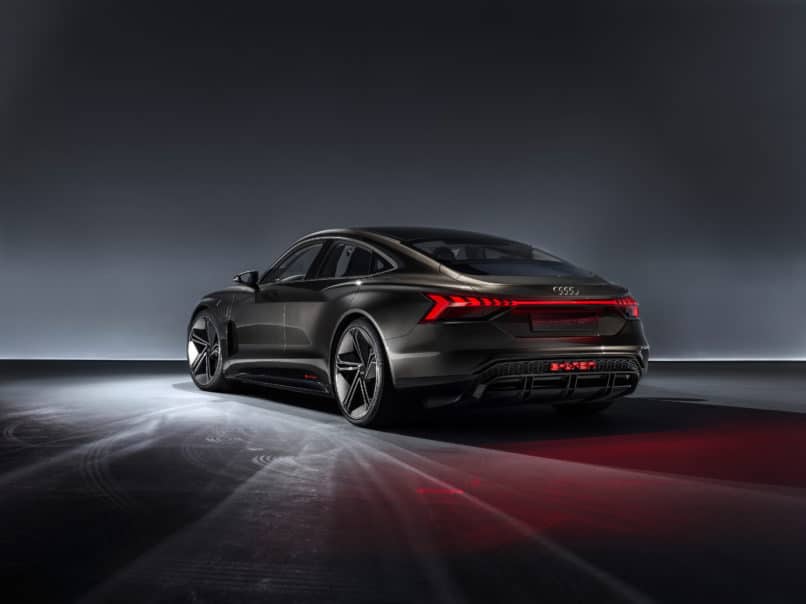 As the title suggests, the compact coupé runs electrically but boasts a respectful 590 HP. Reported to do a 0-60 mph in just 3.3 seconds, this one suggests that it is indeed better suited for the track than the street. The coupé’s streamlined profile with broad lines and distinct elements across the body offer aerodynamic benefits to reduce fuel consumption, while emphasizing the aesthetically pleasing modern design. The GT concept is said to clock in 0-129 mph in just 12 seconds, and if unleashed to its maximum, a swift 240 mph. 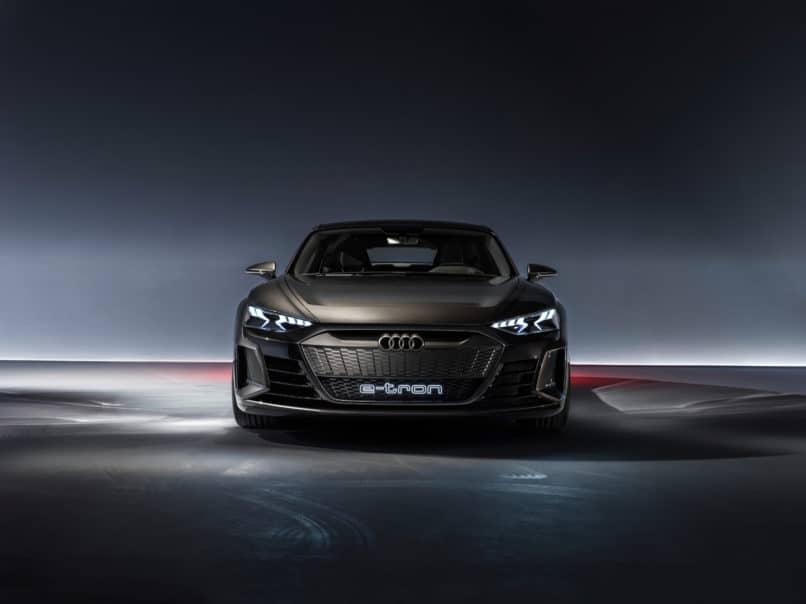 Under its hood, the E-Tron packs a sturdy 90-kilowatt hour lithium ion battery and can be charged by using a cable or wireless induction. The cable option utilizes Audi’s exclusive 800-volt electrical design that allows the battery to quickly charge up to 80 percent in just 20 minutes, as well as support public charging points with lower voltages. Wireless however, will need an overnight isolation period for a full charge. The wireless charging feature is achieved via a pad with a coil installed on the floor where the car is parked. A magnetic field is then established between that and another coil in the car to activate the charging mechanism. 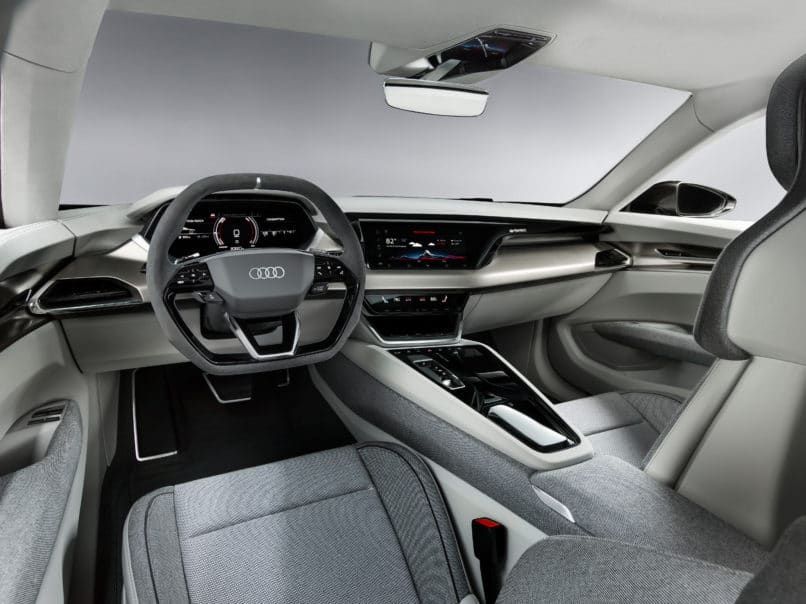 In terms of design, the GT flexes a pair of sharp matrix LED headlights with laser high beam designed arrow-styled in Audi signature style. To its rear, the end-to-end taillight goes beyond the rear corners and arches perpendicularly. As you take a seat inside, you’ll instantly know that the car embraces GT DNA more than street, with the key focus being on the driver seat and of-course the sporty quad-circular GT steering wheel. In terms of interior fabrics, animal-based products are not used at all as the Audi e-tron GT concept comes with a vegan interior. 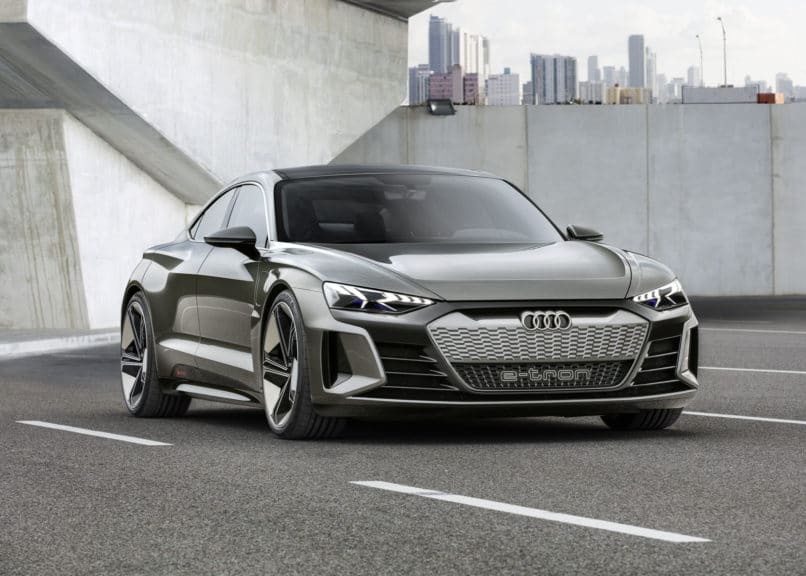 Audi’s GT Concept car perfectly fuses eco-friendly electric motoring, raw GT aesthetic and city-street luxury in a compact coupé. There is no official pricing for the GT Concept car as yet but the car is set to make its on-street debut in 2020.