All good things must come to an end. And with that, let’s bid farewell to the iconic Lamborghini Aventador. After being around for more than a decade, Automobili Lamborghini has revealed its final Aventador, thus closing the chapter of its beloved super sports car.

Firs unveiled at the Geneva Motor Show in 2011 as the Aventador LP 700-4, its moniker described its 700 horsepower and permanent four-wheel drive. Its engine mounted longways at the rear – Longitudinale Posteriore – but the Aventador encapsulated so much more.

It was a super sports car ahead of its time with an extraordinary and timeless design and not least, breath-taking performance, the likes of which had not been seen in a production super sports car. The model defied expectations becoming Lamborghini’s best selling V12 of all time. In its fifth year the company delivered 5,000 units, matching the total number of Murciélago models produced. It delivered its 10,000th Aventador in September 2020.

As the final Lamborghini Aventador rides off into the sunset, its only apt we take a look at what made it so special. The model featured a lightweight carbon fibre single piece monocoque weighing just 147.5 kg, which delivered maximum torsional stiffness, and safety. At the heart of the Aventador was a 6.5 litre 12-cylinder engine, outputting 700hp at maximum 8,250 rpm. Paired with a robotized, Independent Shifting Rod (ISR) single-shift transmission, the car delivered an astounding 0-100km/h in just 2.9 seconds, with a top speed of 350 km/h.

With 690 Nm of torque and a well-rounded torque curve, the Aventador’s pulling power, dynamism, aerodynamic efficiency and precision handling, set to the soundtrack of the V12 engine’s roar. Over the years it evolved to maintain the Aventador’s legendary status and appeal throughout its lifetime evolution. 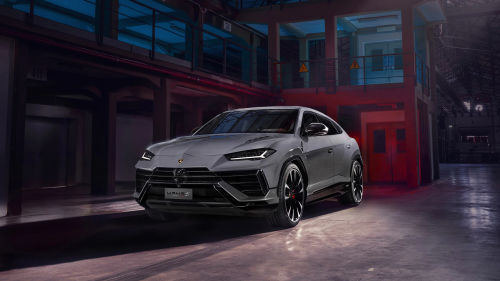 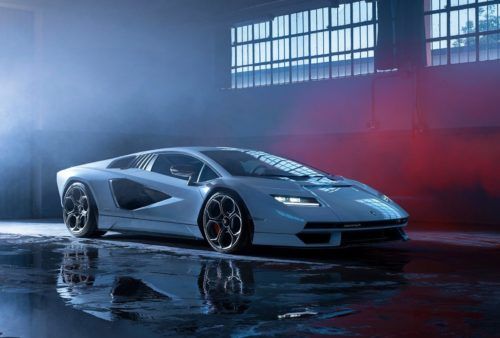 End Of An Era

The benchmarking characteristics described at its debut have endured throughout its life, over more than 8 model derivatives and 11,465 cars delivered to customers worldwide. The Aventador has originated over 10 one-off and limited editions; set track records and won numerous awards. It has also been the subject of artistic projects; featured in films and video games; and delighted owners, enthusiasts the world over with its inimitable design, extraordinary performance, thrilling engine noise and driving emotions.

“The Lamborghini Aventador was a game-changer at its launch, and the flagship Lamborghini model for 11 years of production,” says Stephan Winkelmann, Chairman and CEO of Automobili Lamborghini. “The V12 engine has been part of Lamborghini’s heritage since the company’s earliest days; the beating heart of models from Miura to Diablo, Countach to Murciélago.”

He added, “the Aventador captured Lamborghini’s competencies in design and engineering when it debuted in 2011, with Lamborghini values that are always at the centre of company and product impetus: pure, futuristic design; benchmarking performance; and addressing technical challenges with innovation to produce the most emotive, class-leading super sports cars. These principles are the very essence of the Lamborghini Aventador and assure its timeless appeal.”

For its final run, Lamborghini has unveiled a fitting Aventador model. The Aventador LP 780-4 Ultimae Roadster, is presented in special light blue Ad Personam colour destined for the Swiss market. It serves as the last, pure, naturally aspirated V12 Lamborghini to be produced in Sant’Agata Bolognese, officially marking the end of an era a true sports car icon.