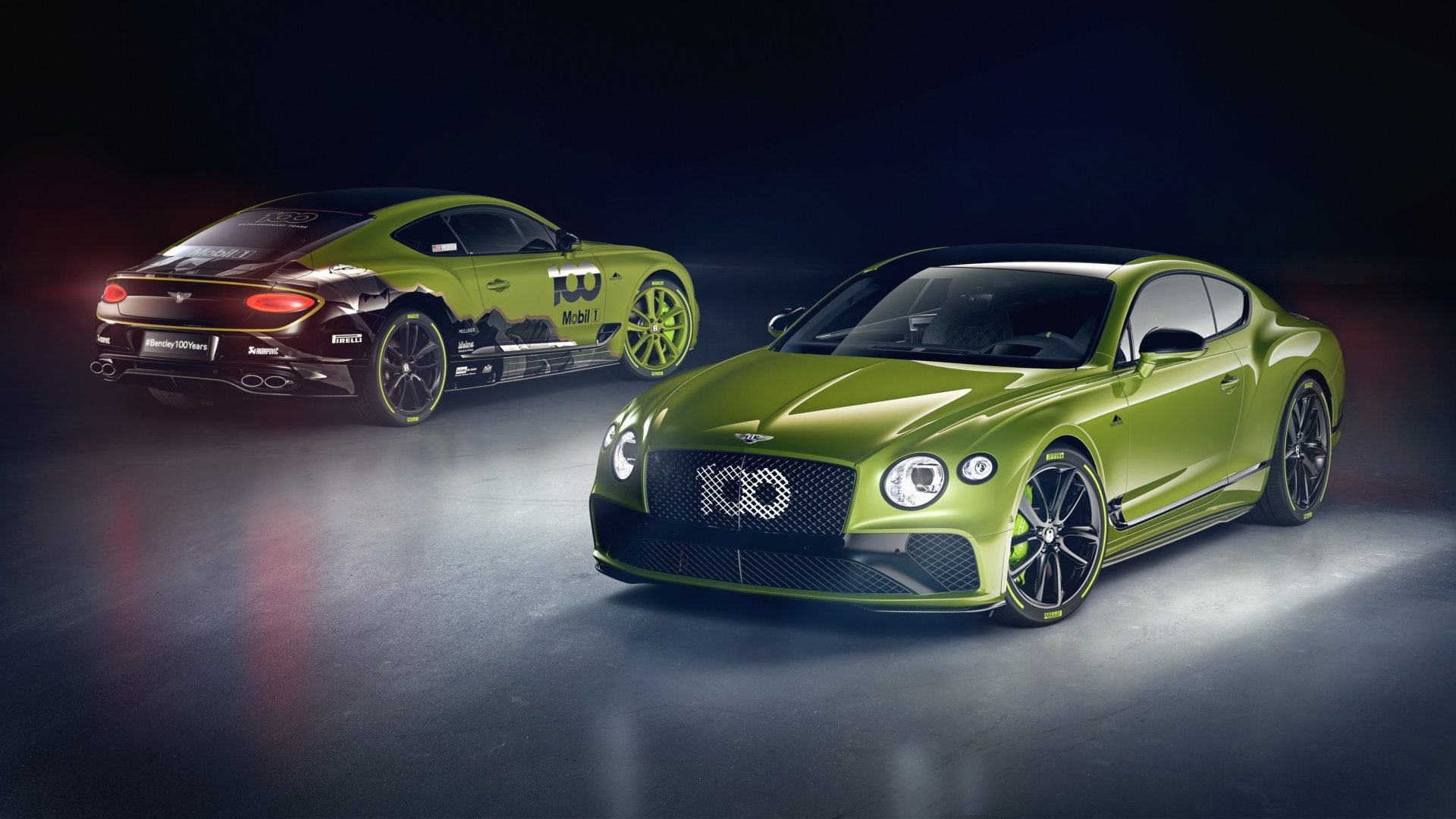 Bentley launches a new edition of its Continental GT, limited to only 15 units

Gear
Bentley launches a new edition of its Continental GT, limited to only 15 units
Share this article
Next article

The British manufacturer Bentley has presented a new edition of its Continental GT, which will be limited to only 15 copies, in honour of the new production car record it set this summer in the famous Pikes Peak International Hill Climb in the United States. The limited edition will mainly be distinguished by an exclusive Radium green livery from the Mulliner personalisation division, an Alcantara interior, and a special carbon fiber body kit. Buyers of the new edition also have the option of having ‘100’ in the radiator grille, in celebration of the centenary of the brand. Under the hood, the Bentley Continental GT still has the same 635-hp W12, which proved so effective at Pikes Peak. It notably allows for acceleration from 0 to 100 kph in 3.7 seconds and a maximum speed of 333 kph. This is not the first time that Bentley has proposed a limited edition of its luxury Gran Turismo. Already in 2019, the manufacturer launched a Continental GT Convertible in homage to the spectacular 1929 Blower No. 1 and a Continental GT Number 9 Edition dedicated to the memory of the Bentley 4.5-liter n°9 engine, which set a new lap record in the 1930 24 Hours of Le Mans. The model will be available for order later this month, at a price that has yet to be disclosed.

Culture
There’s a sequel to Disney’s ‘Aladdin’ and it’s going to be epic
Beauty & Grooming
#Trending: Why the west is swooning over Ashwagandha in skincare
Beauty & Grooming
Dr Dennis Gross shares his tips on how to treat acne at home
Style
How to style saris the old-school way à la Deepika Padukone
Style
Hem breaks: A guide to understanding the right pant length
Beauty & Grooming
Here’s to taking the perfect #Gymselfies: Workout makeup is a thing, people!
Gear
Be a pro smartphone photographer: A masterclass by the ace Sephi Bergerson
Beauty & Grooming
Instagram’s top 5 grooming gurus on the products they swear by
Weddings
A 2020 blouse design guide for the fashion-forward bride
Sign up for our newsletters to have the latest stories delivered straight to your inbox every week.

Car customisers that flip your chariot into collector pieces

@manisharorafashion What a show! Celebrating the