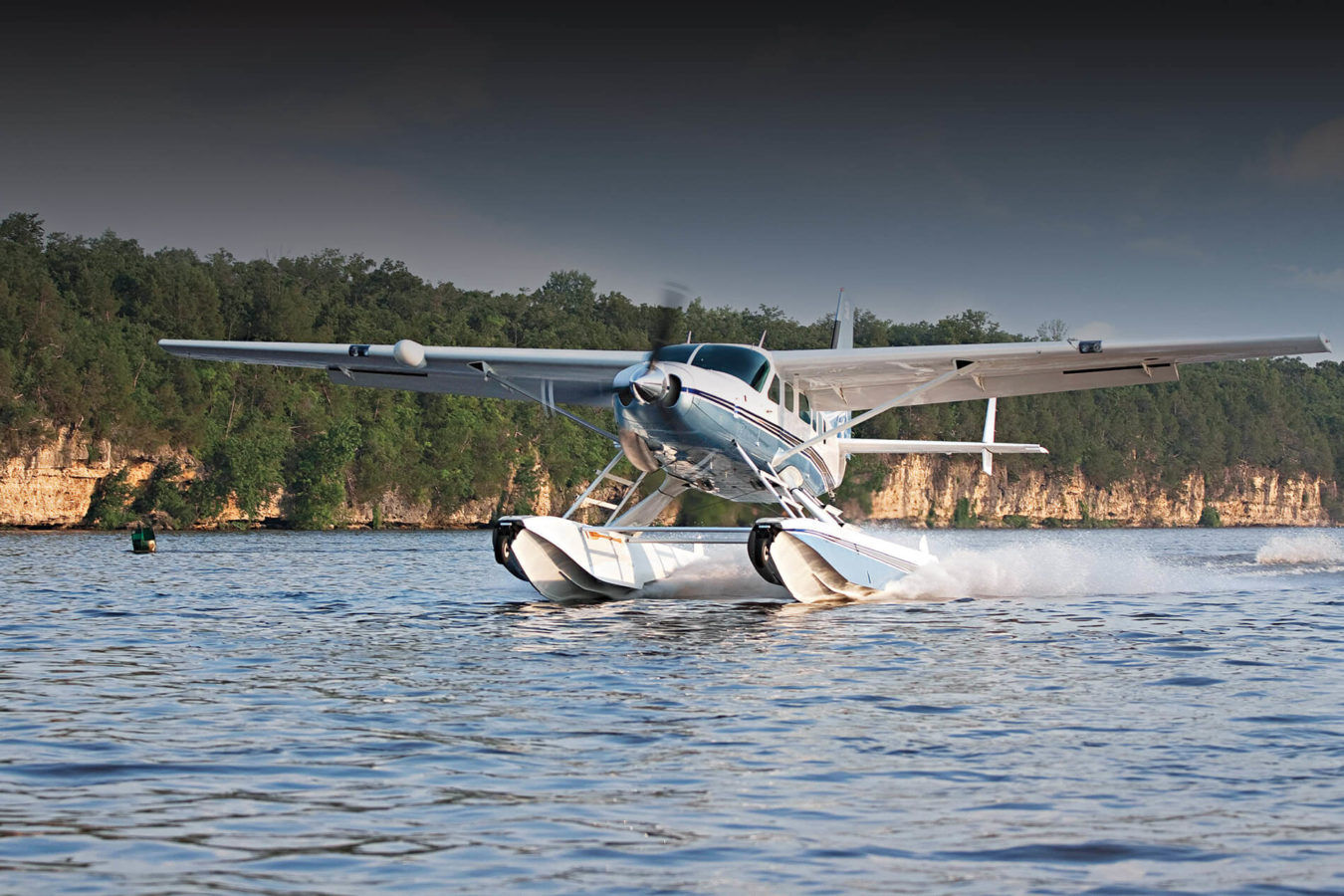 It’s no secret that the rich like to splurge their wealth on several assets to enhance their luxurious lifestyle. Microsoft founder Bill Gates is no exception.

Currently the fourth richest man, Forbes estimated his net worth at US$131.6 billion. Gates was the wealthiest man in the world from 1995 to 2017, barring five years in between. He spent a part — a small part, albeit — of his wealth in getting the finest of cars and private jets. Famous for owning a fleet of Porsche cars, he indeed loves the German automobile maker to this day.

Adding to his choicest collections of vehicles, the flamboyant genius aimed to literally fly high. So Gates bought some of the most luxurious private aircraft to aid his plush travels. Contrary to popular belief, Bill Gates doesn’t own a yacht. In February 2020, the billionaire was in the news for a reported purchase of a US$645 million (RM2.7 billion) hydrogen-fuelled ‘Superyacht’, but it was soon confirmed that he hadn’t commissioned it.

So, what type of machines does Bill Gates owns? Have a look.

The Cessna 208 Caravan is a rugged plane, whose variants are used for humanitarian and military purposes, besides luxury travel. Generally, the plane can reach a top speed of 344 km/h and can carry 10-14 people, including crew. Fitted with a 675-horsepower PT6A-114A turboprop engine, it can fly long range up to 1,982 km, has a maximum payload of 1,393 kilograms and a maximum take-off weight of 3,629 kilograms. The plane doesn’t incur a high maintenance cost. Its land variant can touch down and take-off from practically anywhere — gravel, grass or any rough field beside the most ordinary runways.

Depending on the buyer’s needs, everything from the seating to cockpit controls can be customised. Those looking for utmost luxury might opt for ‘Oasis’ interiors, in which the ergonomic seats reflect the highest level of craftsmanship and design. Besides standard features of the GARMIN G1000 NXi avionics suite, the buyer can add advanced technological options such as Garmin GSR 56 Iridium Transceiver and KRA 405B Radar Altimeter. 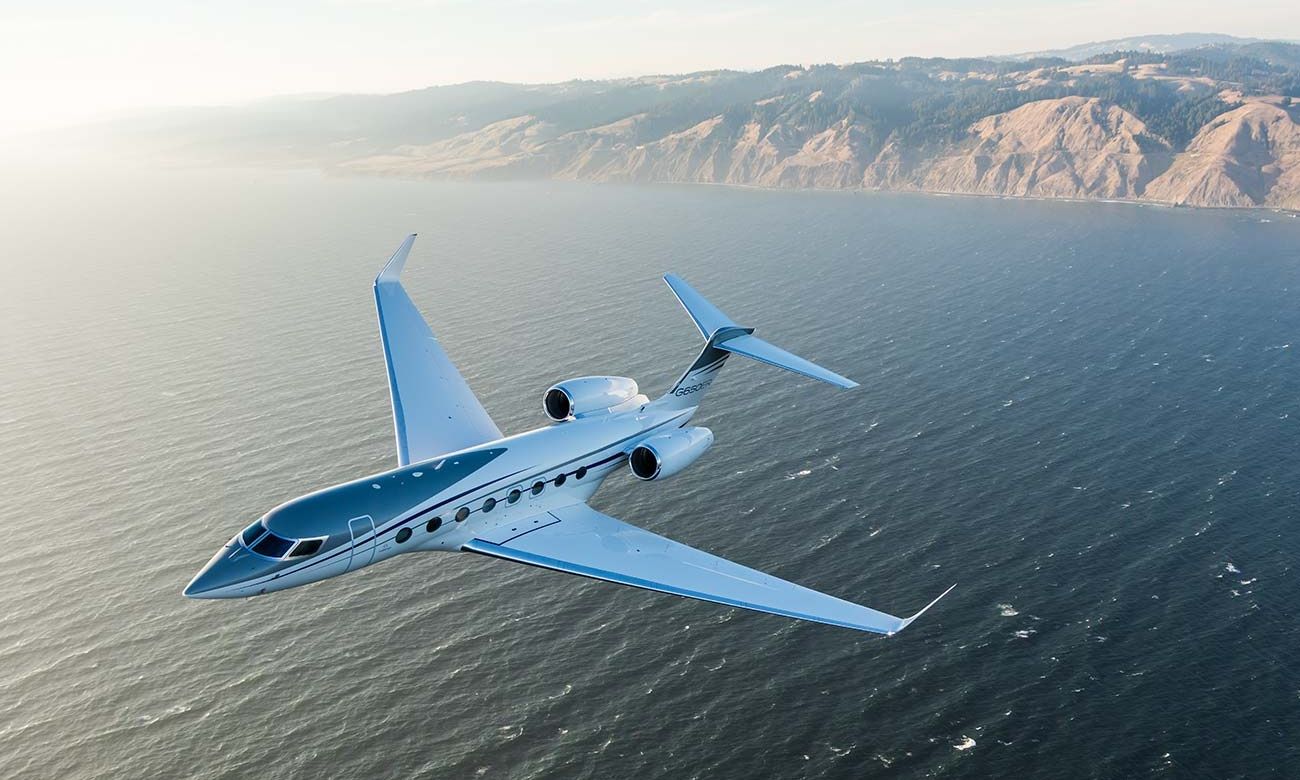 The aircraft comes with fly-by-wire technology, so it has semi-automatic and computer-regulated aircraft flight control systems. Authorised pilots can rely on its Enhanced Flight Vision System (EFVS) to land the plane in low-visibility conditions without natural vision.

Gulfstream is a subsidiary of American aerospace and defence corporation General Dynamics. 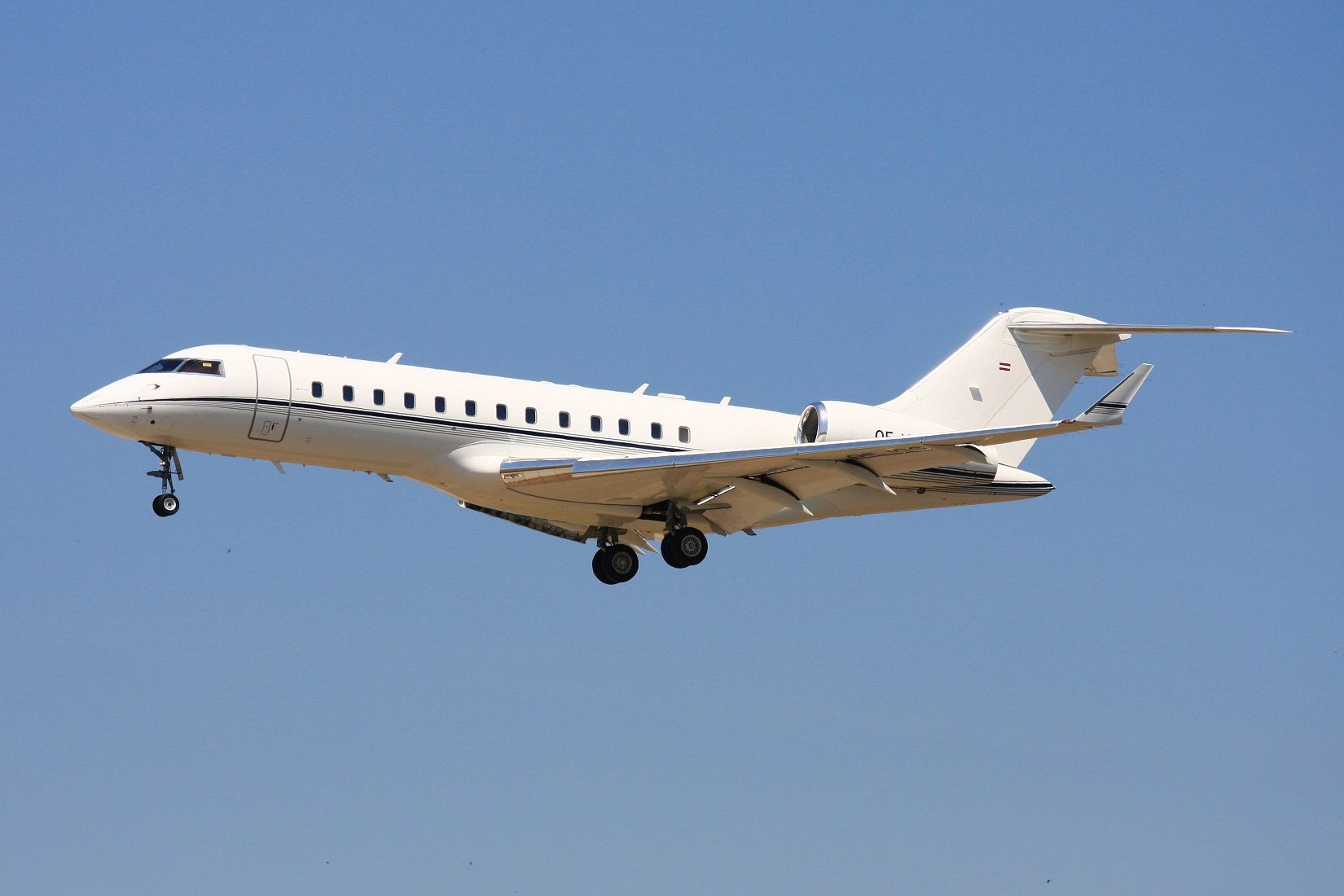 Built by Canadian aircraft maker Bombardier Aviation, the jet has a maximum capacity of 19 passengers, plus a crew of 2-3. Its maximum speed is 950 km/h. With a maximum take-off weight of 44,452 kilograms, it can cover a maximum range of around 11,550 km. Among the other planes in the family are Global 5500, Global 6500, Global 7500 and Global 8000 — each with different configurations of seating, range, capacity and speed.

All Global Express private jets are powered by GE engines. 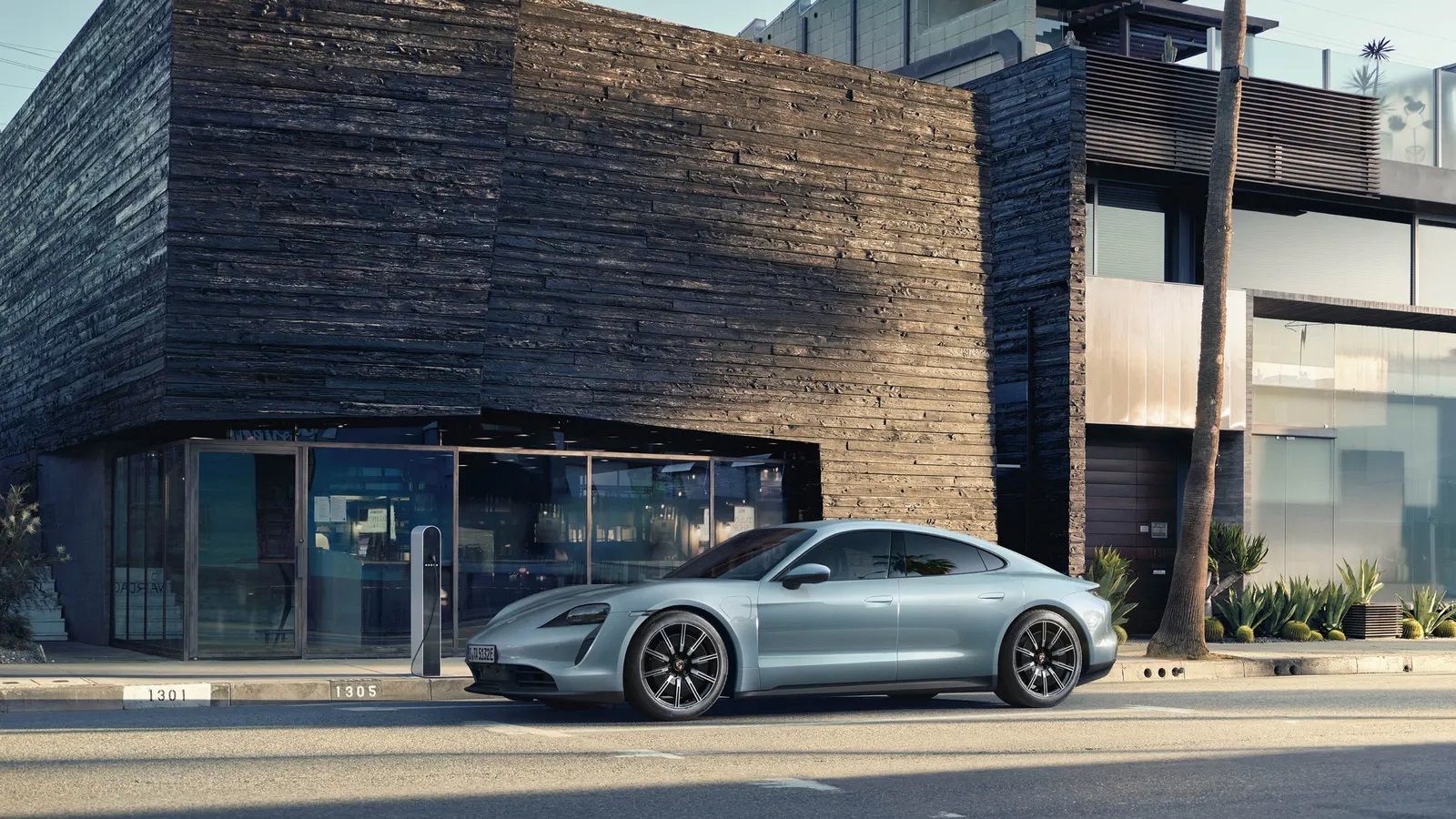 In 2020, Bill Gates revealed he had bought this all-electric car.

“I have to say it’s a premium price car. It is very, very cool. This is my first electric car, and I am enjoying it a lot,” he said during a conversation with YouTuber Marques Brownlee. Porsche launched the car in September 2019. At around the time when Bill Gates said he had bought one, there were reportedly two variants of the car — Turbo and Turbo S. Today, there are eight of these cars, each with different specifications. The Porsche Taycan is a powerful and equally beautiful vehicle. The car has dual electric motors, powered by a 93-kilowatt-hour lithium-ion battery. Its range is between 305 and 360 km, factoring in the variant, driving profile and travelling conditions.

Its top speed is between the ranges of 220-260 km/h. A Taycan can go 0-100 km/h in 2.8 to 5.4 seconds, depending on the variant. The interiors have been created using “Race-Tex”, a microfibre material partially containing recycled polyester fibres, besides recycled fibre Econyl, which is derived from fishing nets. Moreover, the car can be configured as per the needs of the user. Thus, a buyer can opt for a completely leather-free interior, classic leather or sustainably tanned Club Leather known as OLEA. The design of the touchscreen dashboard is inspired by Porsche 911’s original dashboard from 1963. 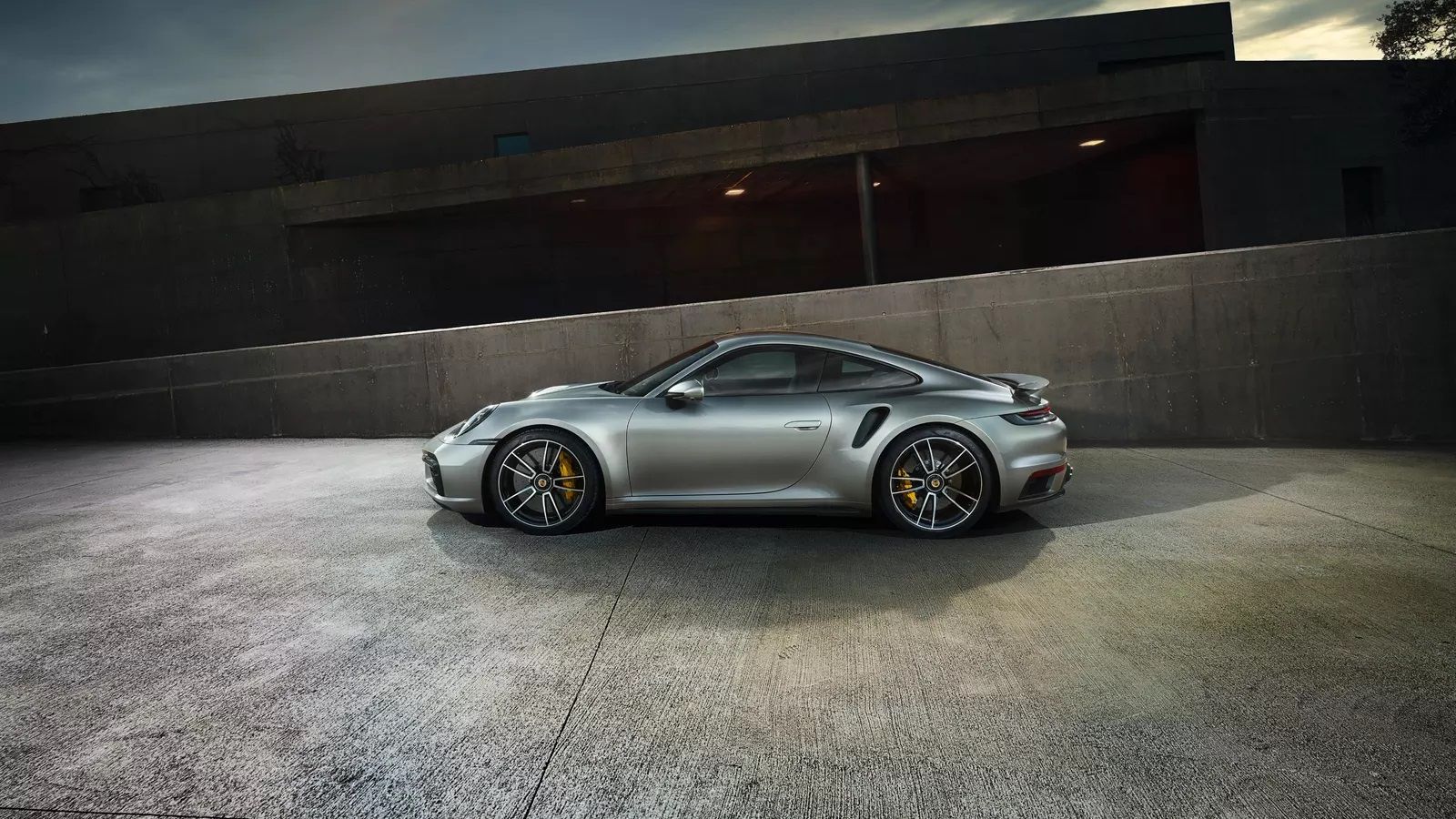 When Microsoft had just started growing into a big company, Gates had bought a used pearlescent turquoise Porsche 911. This was in 1979. Though he has now sold it, the car was perhaps his first “indulgence”, as he confessed to Ellen DeGeneres on The Ellen Show. According to Time magazine, he used to race the high-speed car in the desert near Albuquerque, New Mexico, where Microsoft was based in its early years. The reckless driver had to be bailed out of jail once by Microsoft co-founder Paul Allen.

“It was an incredible car,” Bill Gates had told American businessman David Rubenstein in a 2016 Bloomberg interview. The 911 is the crown jewel of the Porsche car family. Since the debut Porsche 911 and its phenomenal success, the automobile manufacturer has created many variants of the outstanding car. These include Turbo and GT3 models.

The billionaire loved the car so much that he reportedly bought one from Europe knowing that it will not be allowed to enter the US, as the car didn’t meet the country’s crash test requirements. Expectedly, it was impounded and Gates was able to free it only after a decade under the ‘Show Or Display’ law.

According to various estimates, only 337 cars were built. No longer in production, the Porsche 959 had a biturbo flat engine and water-cooled 4-valve cylinder heads in a 1980s body that was inspired by the 911 and aerodynamically optimised. Its chassis was electronically controlled, and the car delivered an acceleration of 0-100 km/h in just 3.6 seconds.

It became so popular that many experts continue to sing praises of its performance to this day. 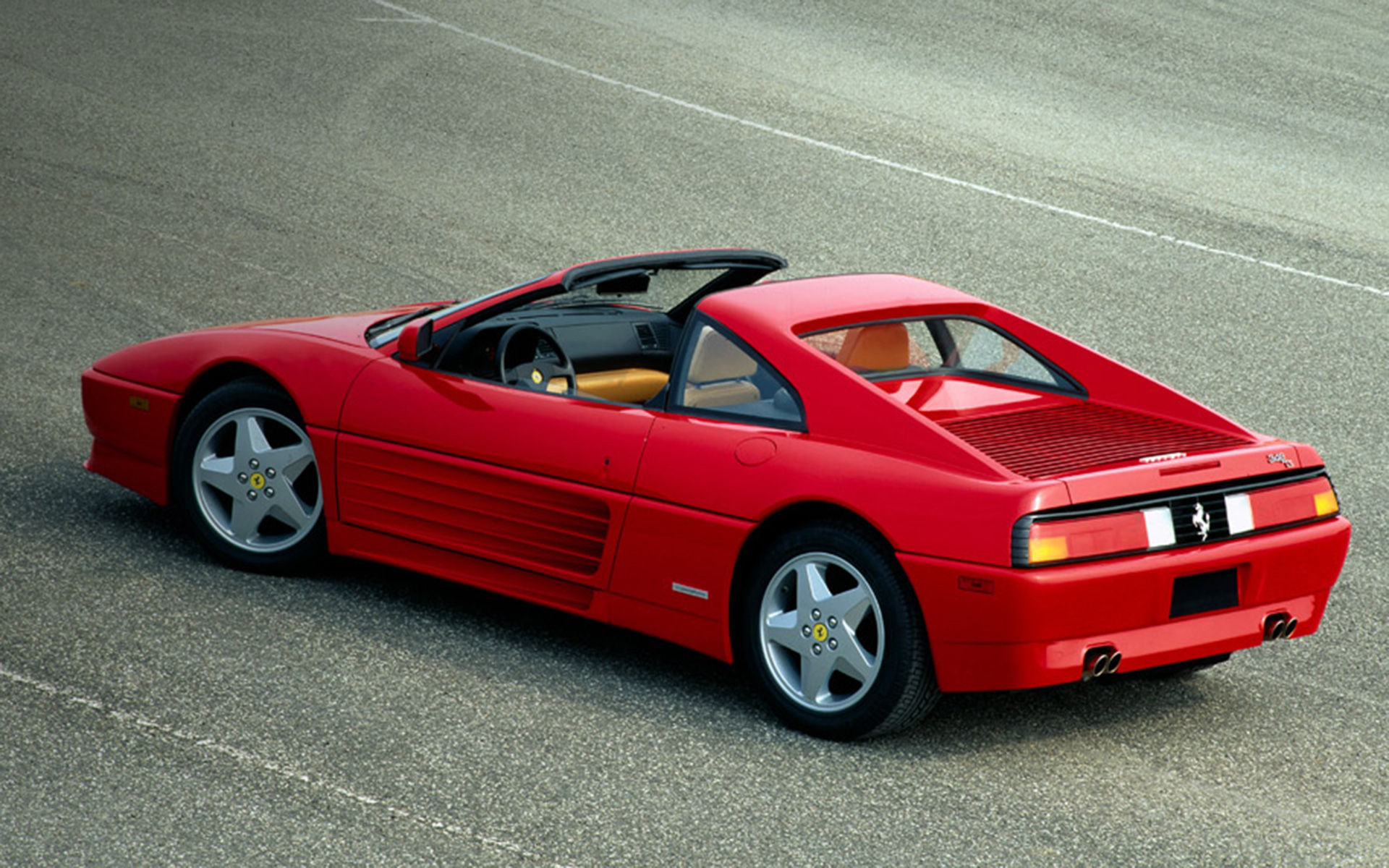 The car is special to Ferrari because it is the last V8 model that company founder Enzo Ferrari developed before his death. According to Time magazine, the car came to be known as “dune buggy” after Bill Gates spun it into the sand. The two-seat supercar has had an incredible history since its launch in 1989. Over 8,000 units of the car were manufactured till 1995. Ferrari 348 has had many models, including the Ferrari 348 TS, the convertible version of the 348 TB — both of which could travel to the top speed of over 275 km/h.

Porsche 911 Microsoft Porsche Taycan Bill Gates Content Hub Gulfstream G650 Cessna 208 Caravan Seaplane
Manas Sen Gupta
Manas enjoys reading detective fiction and writing about anything that interests him. When not doing either of the two, he checks Instagram for the latest posts by travellers. Winter is his favourite season and he can happily eat a bowl of noodles any time of the day.
Travel Culture Entertainment Food
Sign up for our newsletters to have the latest stories delivered straight to your inbox every week.