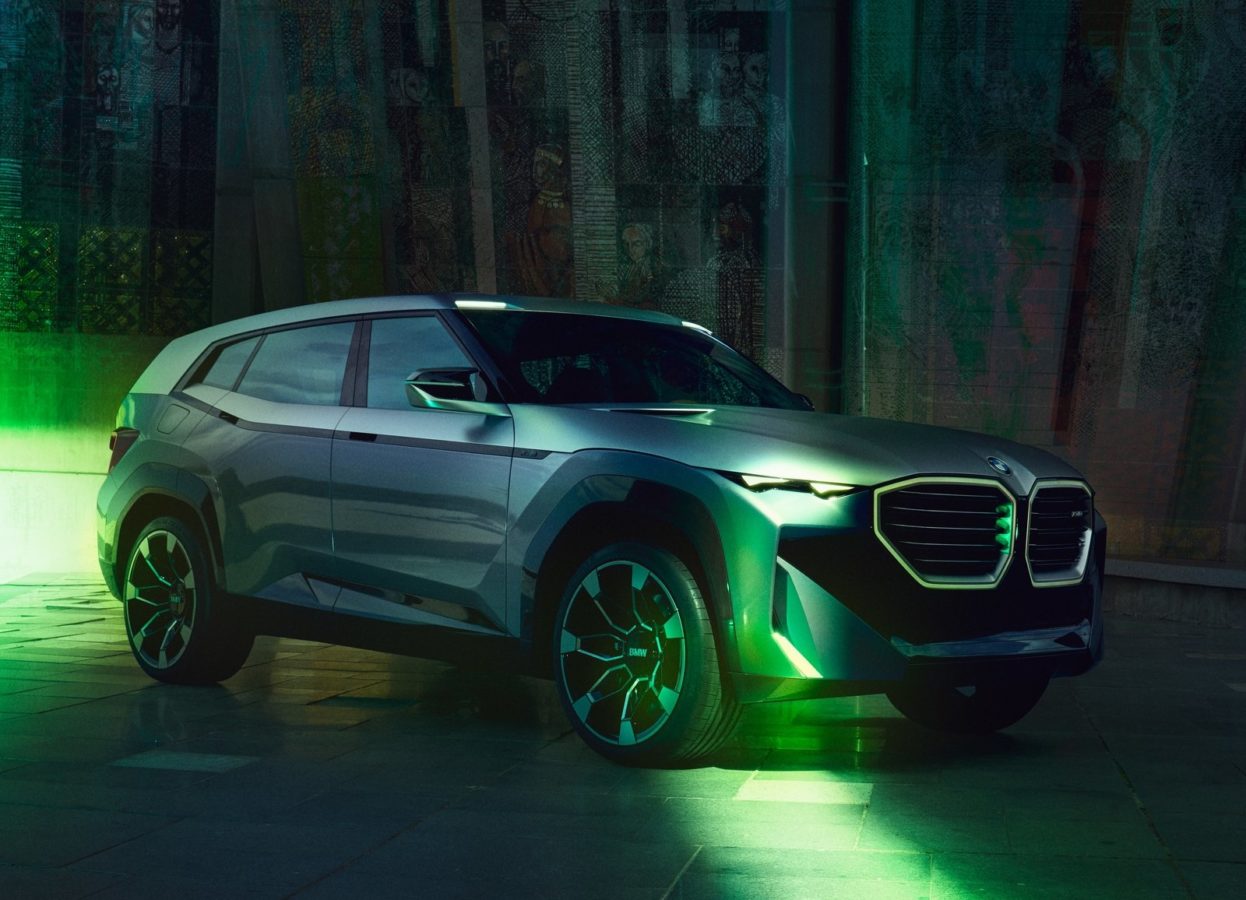 As part of the BMW M division’s 50th birthday party, Marcus Syring, Head of design stated that the brand wanted to do something ‘unexpected’. Hence, the BMW XM concept, a performance SUV that’s capable of producing the power of 750 German horses using a plug-in hybrid SUV. All this, suaved up with cosmetic elements inspired by the 1970s M1. It’s also a chip on the ‘luxury performance SUV’ table where the Lamborghini Urus, Mercedes AMG GLC/63, and the upcoming Ferrari Purosangue already have their spots taken. Considering their play was due, we actually expected BMW to up the ante on one of their existing X models. Instead, we got the XM. 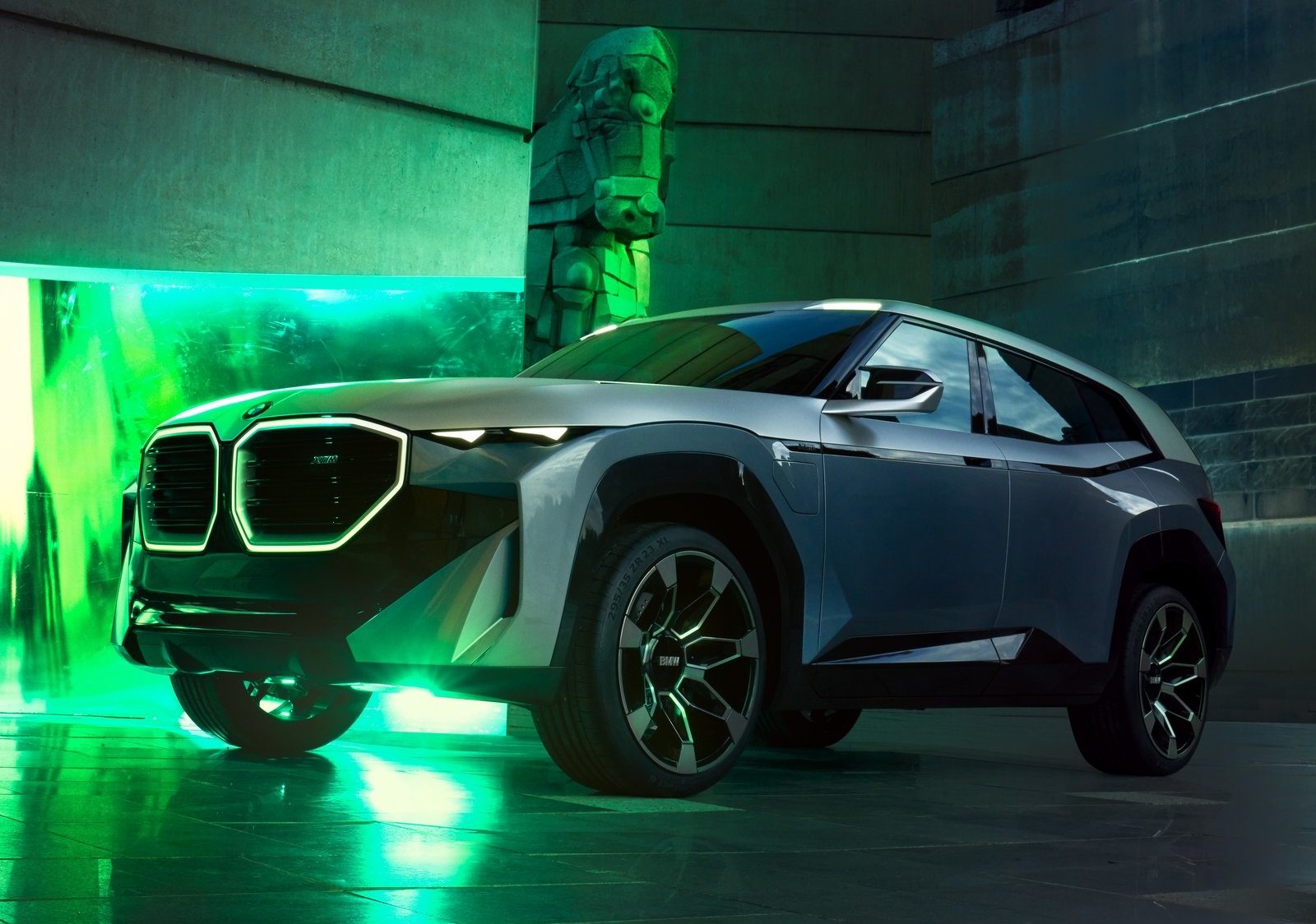 The XM is where BMW’s luxury department shares a boardroom with their grungy M power division. Long story short, they’ve just unveiled their most powerful M car of all time with the suave of a 7 series. In terms of design, things certainly seem rather aggressive, don’t you think? The kidney grilles are more prominent than ever thanks to its illuminated outlining. More so, the ultra-thin daytime running lights may seem a bit too sleek? They’ve actually redesigned the LED headlights and the signature DRLs so that they break into two modules. 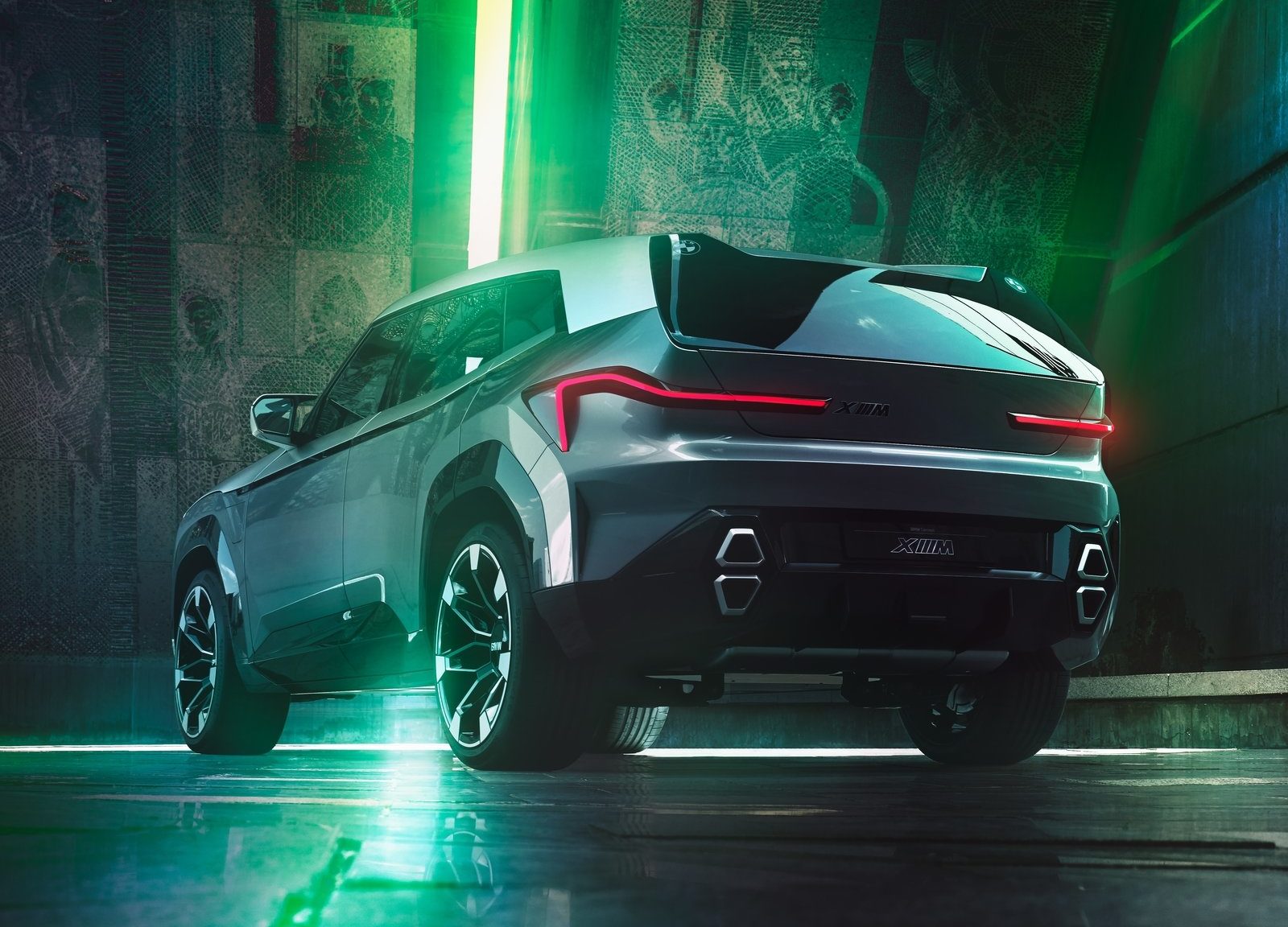 To the rear, BMW seems to be making the most out of the space at hand, take a look at the rear window design, you’ll see how. Also, the taillights too are merely an LED strip now, it’s crisp and clear. All in all the BMW XM has a 122-inch wheelbase and is grounded by 23-inch wheels. 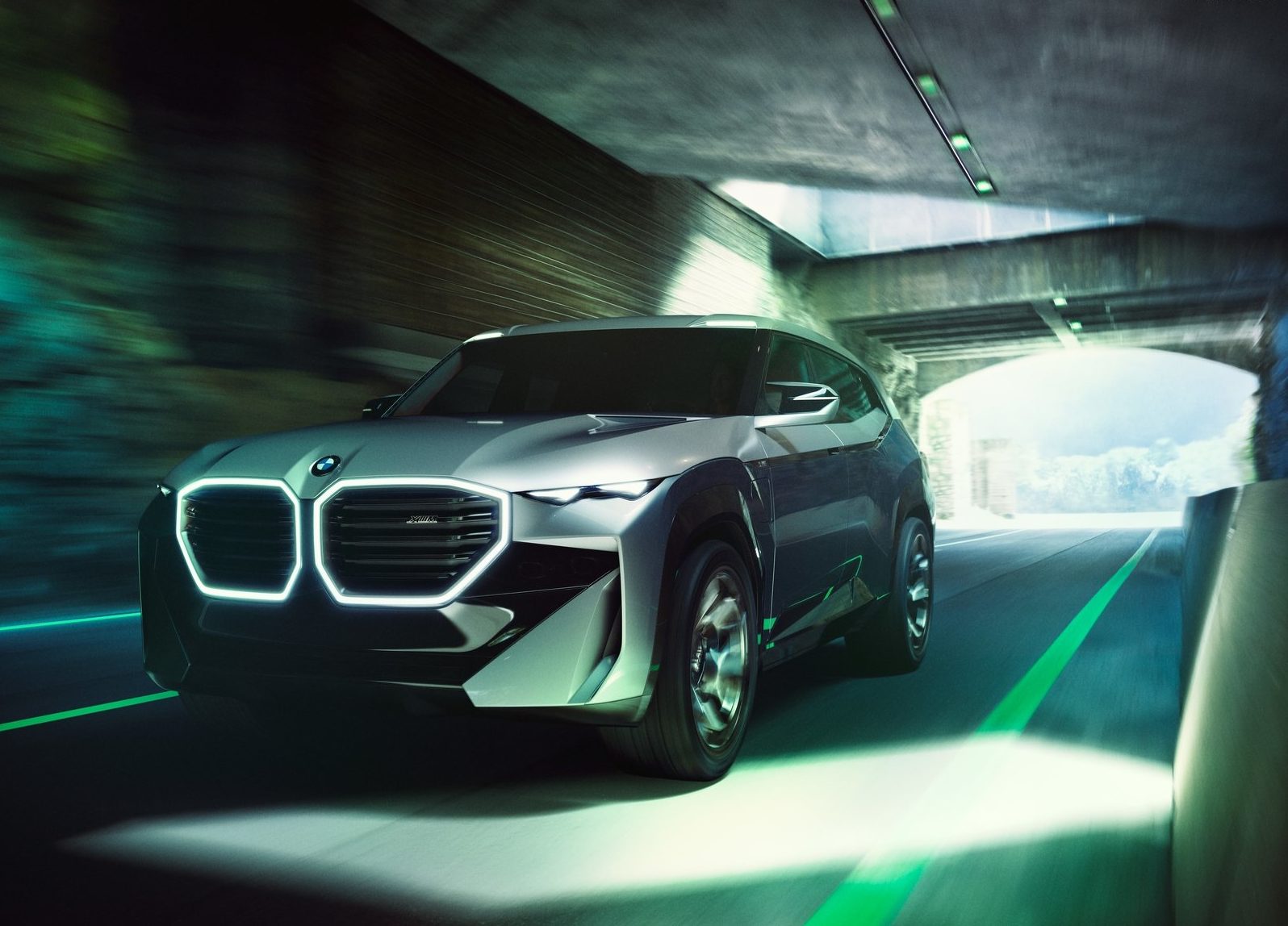 Powering this is a hefty 4.4-liter V-8 guzzler that comes linked with an electric motor. In total, they make about 750-horsepower and 737 pound-feet of torque, which, in BMW’s books makes it their most powerful production M car ever, seconded by the M5 CS that does 627-horsepower. In case you’re wondering how the XM outmuscles its competition, here’s a quick comparison – The Merc AMG GLS 63 does 603-horsepower, the Lamborghini Urus makes 641-horsepower and the Porsche Cayenne Turbo S E-Hybrid can do 670 horsepower. 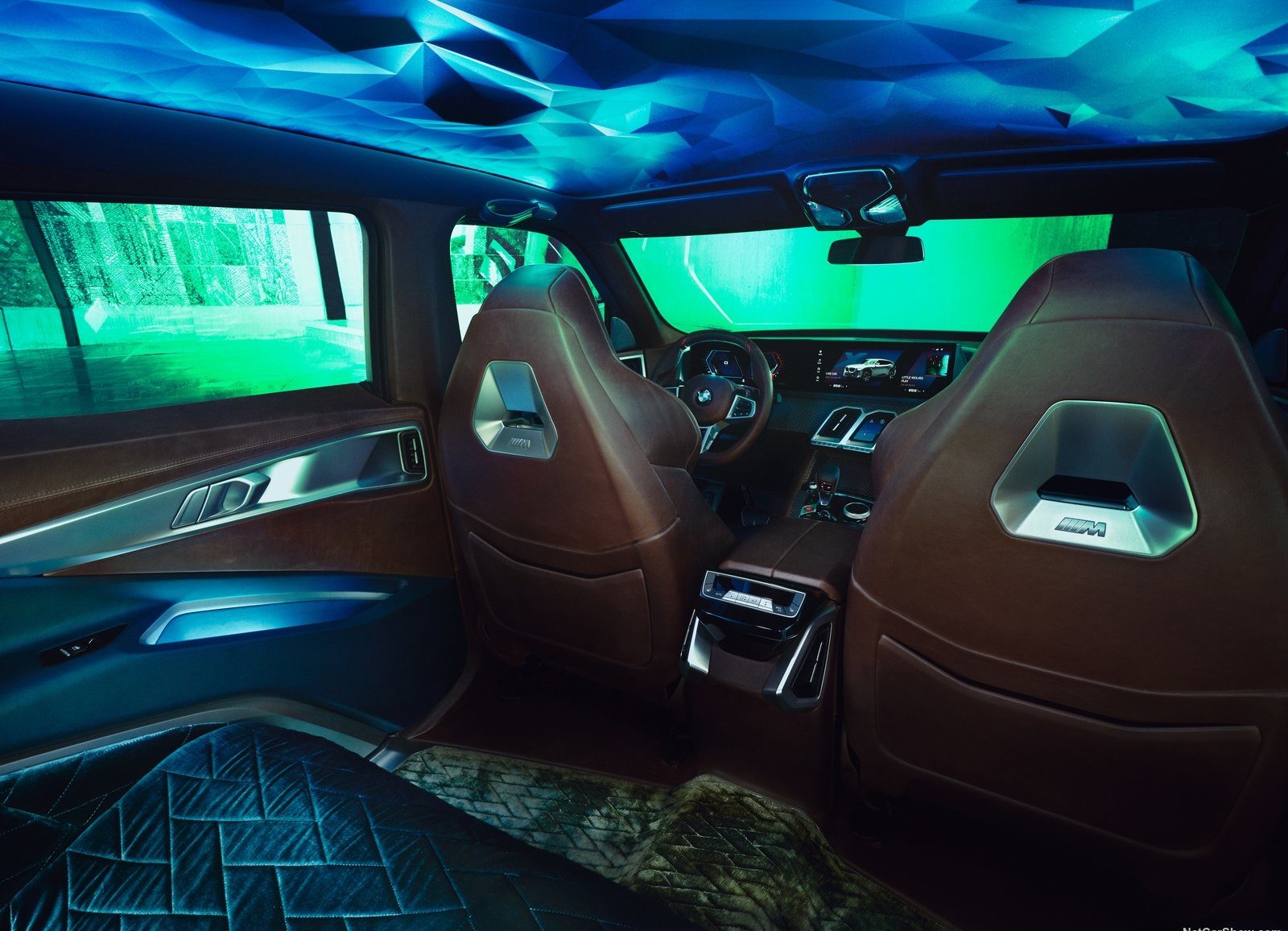 Inside, the BMX XM makes it look like you’re traveling back in time, sitting in a 1978 M1 with its vintage brown leather. We see carbon fiber upholstery, copper, leather, and velvet all through the cabin. The dashboard sees a BMW Curved Display which combines the infotainment screen and the driver’s heads-up display, jacked in with i-Drive. More so, the roof has an interesting three-dimensional prism-like structure that combines indirect and direct lighting. The rear seats get a lovely velvet skin too, promising that extra plush.