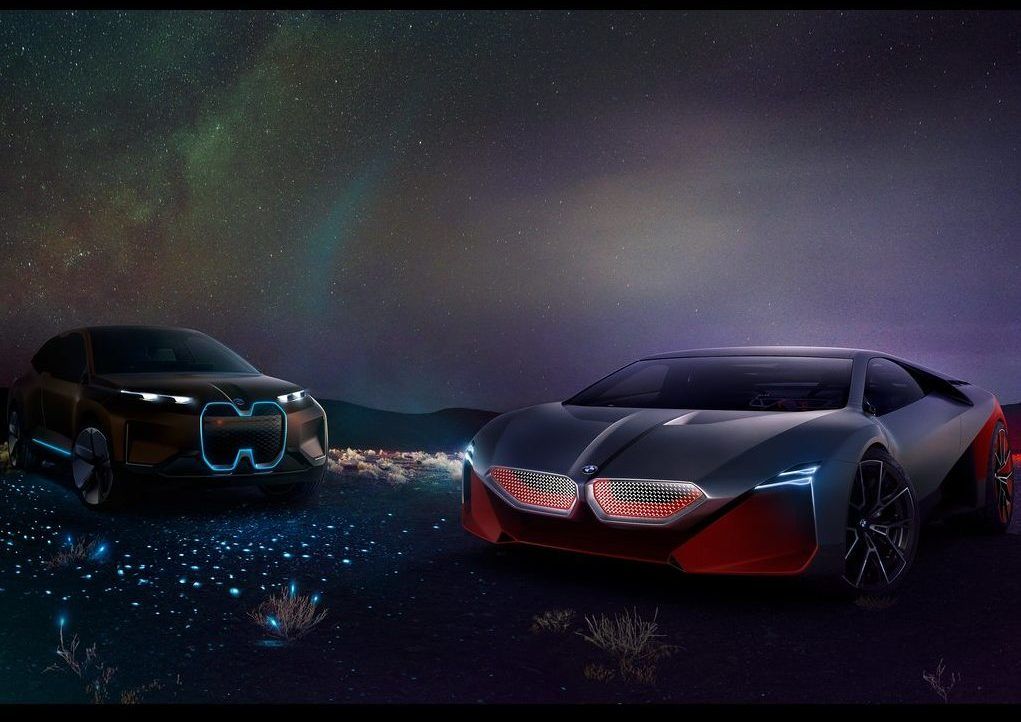 If you thought BMW‘s high-performance M division would slowly arch its way into history riding the wave of electrification and autonomous driving, well, you’re dead wrong. The company has just revealed the BMW Vision M Next concept, a track-bred hyper-car meant to show off the M technology of the future. Taking inspiration from two cornerstone BMWs models, the hybrid i8 and the legendary M1, it incorporates a sleek mid-engine profile and butterfly doors. With crisper corner cuts we still see a sleek body silhouette that perfectly personifies a 2025 hyper-car. What’s unique about the Vision M Next, is its use of a plug-in as well as a petrol guzzler, that burns a combined output of 600-HP, a triumph for the M division.

The Vision M Next’s black side skirts extend all the way into the cabin, and boast an unfinished recycled-carbon-fiber construction. Out back, the engine cover is separated into three openings, vital for a mid-engined car. The front and rear lights are powered by Laser Wire lighting technology, which uses an illuminated glass fiber which is coated with phosphorous. The front wheels measure 21 inches in diameter, while the orange-accented rear wheels measure 22 inches.

As mentioned earlier, the BMW Vision M Next will bear a hybrid system of two electric motors, one at each axle. Combine this with a turbocharged 2.0 litre inline-four engine, we’d expect about 600-HP, twice as much as its predecessor had to offer. The concept can be driven in pure EV mode in either rear- or all-wheel drive, or in hybrid all-wheel drive with the gasoline engine contributing power to the rear axle. BMW has also claimed that the supercar will be able to do the 0-100-kph sprint in 3 sec flat and go onto a top speed of 299-kph.

Perhaps the most interesting part of the Vision M Next is what BMW calls the “BOOST Pod,” an active driver interface that encapsulates most of the interior, meant to provide the driver with the most in-depth experience possible. It’s a bucket list car for the futurism cult of society. The drag-car style steering wheel and curved three-screen translucent gauge cluster expresses an incredibly unique accent of futuristic motoring. In all of this, we’d look for deep AI integration and self-driving capabilities somewhere, although, the Germans haven’t commented on that as yet.

The BMW Vision M Next will also be a spearhead for the German car-maker’s ‘Strategy One Next’ initiative, which aims to put up to 25 electrified BMW models on sale by 2025. With the i8 fetching Rs. 2.62 cr. at top-range, we’d slate this one in at approximately Rs. 4-5 cr. although, the world still awaits an official pricing.