As Justin Bieber stepped in as the star for Drake’s new music video, Popstar, they ensured their whips kept up with the stature of their company and the track’s title.

Drake’s music videos have never been shy of flaunting some of the rarest luxury automobiles. While I’m Upset featured a mythical Devel Sixteen, his video for Laugh Now Cry Later opened with a deluxe Vision Mercedes-Maybach 6 Cabriolet. However, the spotlight in his latest craft is on not one, but four. While Bieber wakes up after a night of billionaire partying wearing a Versace silk and an iced-out Audemars, he joins the party. After which, the video shifts focus to his parking space filled with Mercs and Lambos.

The video opens with a FaceTime between DJ Khaled and Drake, struggling to plan out their Popstar music video shoot during the pandemic. That’s when the rapper hits up Justin Bieber, looking for a solution. Throughout the video, we see four rides on display: A fiery red hot Lamborghini Huracán Evo, a Urus, a Mercedes AMG GT-R, and brawny G-Wagon. 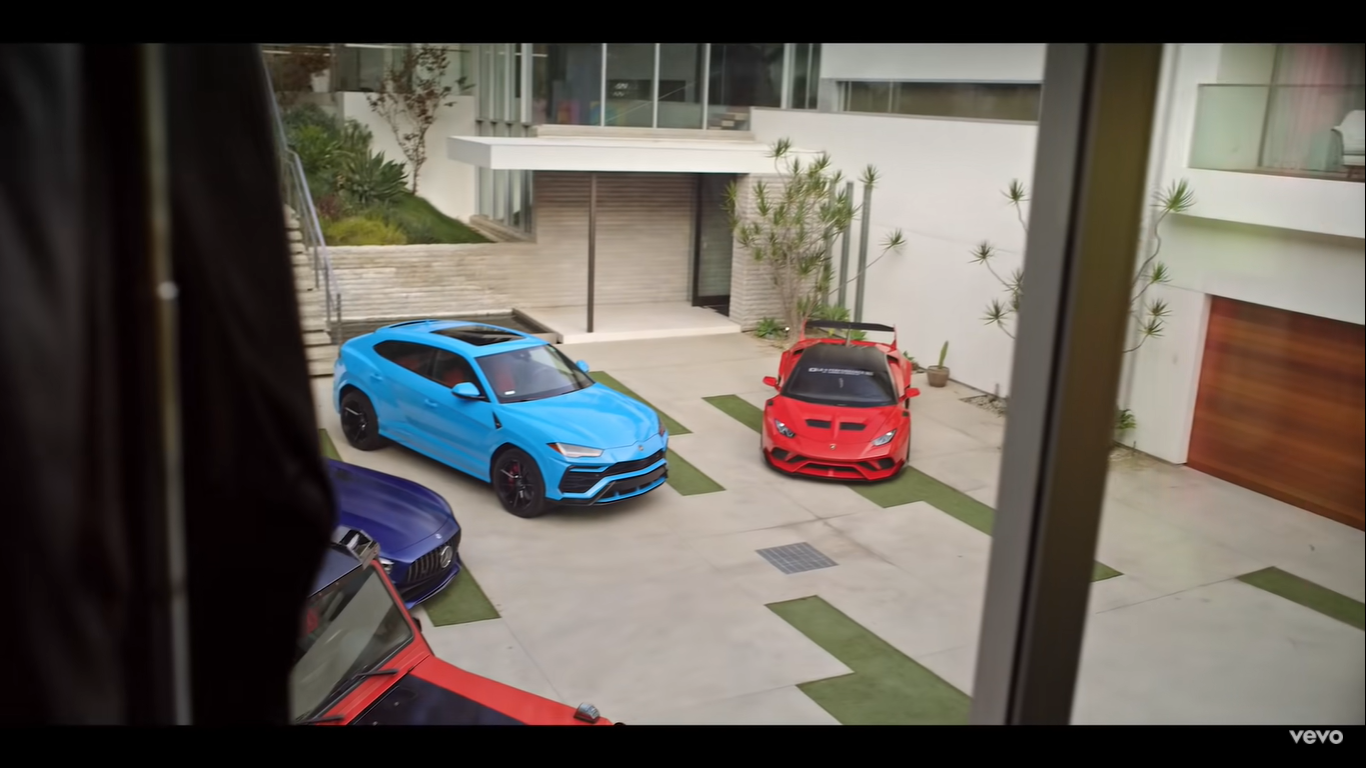 While each car is brilliantly customised, the Huracán Evo flaunts the most cosmetic treatment. With a spicy-hot paint-job, the car seems to have a much chunkier bumper and a spoiler to its rear. Making for a stylish yet a track-ready ride. On the other hand, we see the Urus. The car may belong to Zane Hijazi, who stars in the music video. The Urus is simply built to bring Lamborghini’s highly coveted engine and supercar excellence onto larger dimensions, and the minty blue makes for an interesting hue.

Gear
Marked in style: 5 iconic car logos and the intriguing stories behind them

Looking into the Merc department, we have one built for speed and the other, for on-road domination. A slick AMG GT-R, fresh out the showroom and the fastest Merc on the streets today. You can actually do 319-km/hour with the ground-rumbling, 585-horsepower and 700-Nm of torque it produces. On the other hand, there’s the jumbo G-Wagon. A luxury wagon pimped out for off-road endeavours, comes in red and black paint. Even with all that style, it packs a twin-turbocharged 4.0-litre V-8 engine that makes 577-horsepower and 627-Nm of torque.