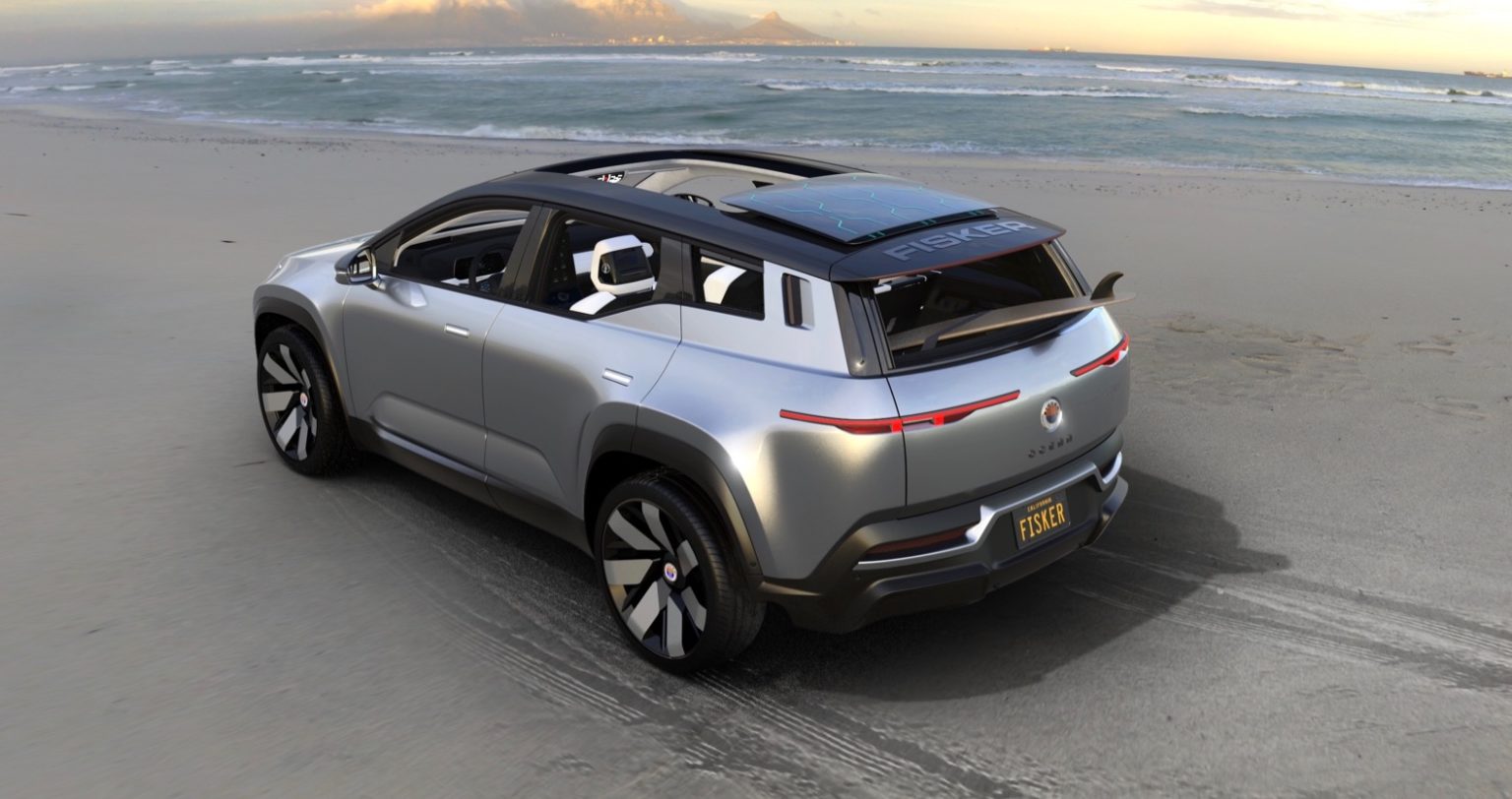 On Sunday, just a few days before the 2020 Consumer Electronics Show officially kicks off in Las Vegas where the vehicle will be on display for the public to see for the first time, Fisker debuted the fully electric Ocean luxury SUV after months of teasing.

On Sunday, Fisker kicked off the week by unveiling the electric luxury Ocean SUV, a handful of the vehicle’s specs, and its upcoming pricing and availability after teasing it since early last year. One of the world’s first luxury plug-in hybrid electric vehicles, Fisker Automotive touts the Ocean as “The World’s Most Sustainable Vehicle – From the Inside-Out.” This claim is made based on the model’s full-length solar roof capable of producing enough energy to extend the car’s yearly range by 1,000 miles. Moving away from the outside, the interior is 100% vegan and various components like the carpet are created from recycled materials.

In terms of range, the Ocean is expected to offer up to 300 miles thanks to an 80 kWh lithium-ion battery pack.

Though more details about the model’s in-cabin experience will be revealed over the year, we know now that it will come with a heads-up display, a Karaoke mode, and an experience called “California Mode” which rolls down all the windows and their supporting panels to give riders a convertible-like experience while maintaining a roll-safe skeletal structure. Interested customers can reserve an Ocean for $250. The global public debut of the model will take place at CES which opens on January 7.

Beauty & Grooming
Skincare 101: How to figure out your skin type
Style
These jewellery labels will elevate your workwear in minutes
Style
Chanel J12: Iconic watch celebrates 20th anniversary with 12 pieces made of sapphire
Beauty & Grooming
Reviewed: The second edition of Manish Malhotra Beauty by MyGlamm
Weddings
8 Indian labels to consider when you are buying a cocktail gown
Gear
#TrumpVisitsIndia: Donald Trump’s ride is the safest car the world has seen
Culture
7 movie museums around the world for every movie fanatic
Food & Drink
The ultimate guide to cafes with free wifi in Kolkata
Culture
Weekly Horoscope: A tarot reading of Feb 24 – March 1, 2020
Sign up for our newsletters to have the latest stories delivered straight to your inbox every week.