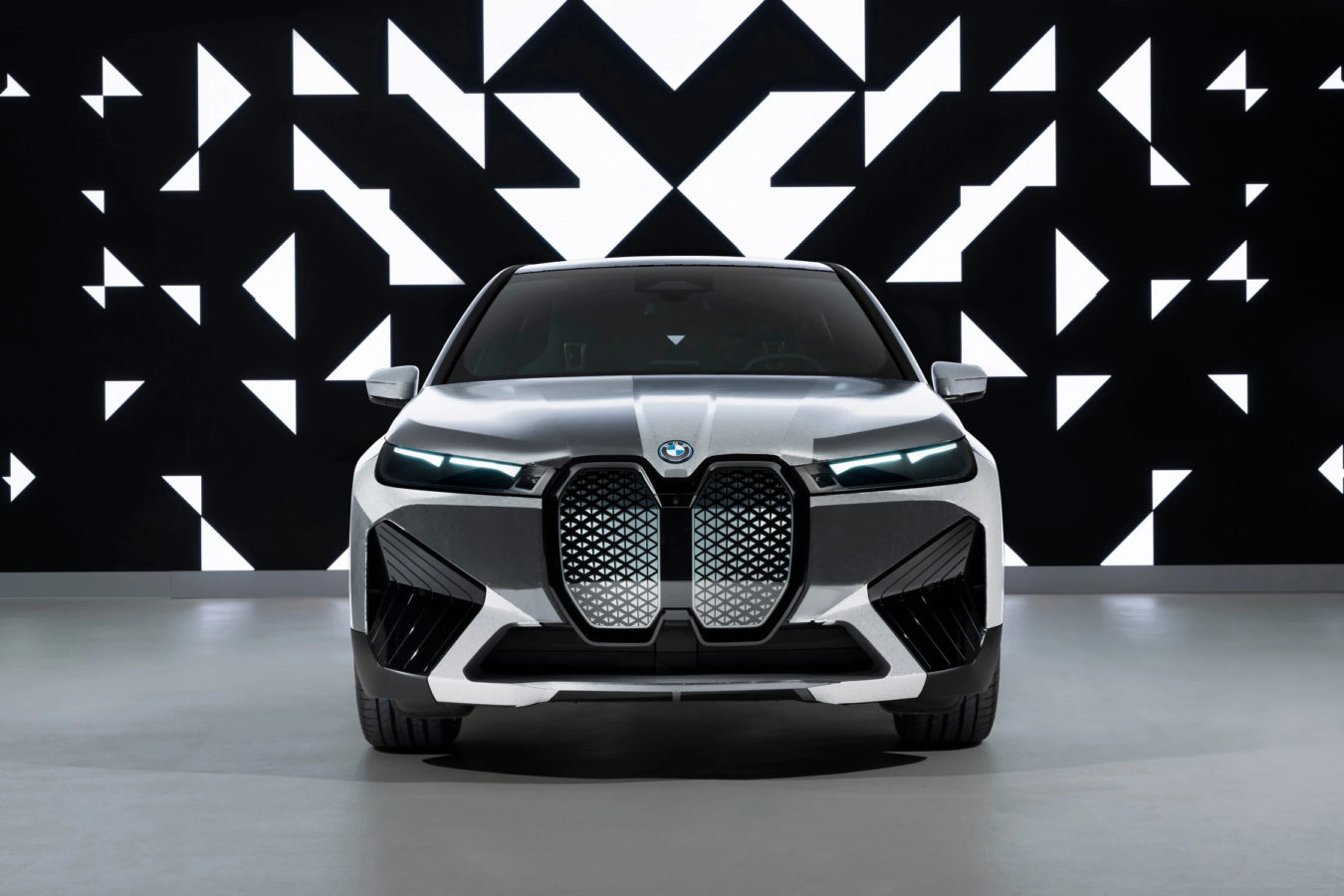 BMW’s iX Flow is a monochrome chameleon on wheels

At the CES 2022 technology show, BMW shocked the world with the iX Flow concept – An electric SUV with grayscale color-changing capabilities.

Think of CES as an international science fair where one can truly let their imagination run wild, here’s an example of this – Carrying forth their German torch of electrification, BMW showed off two stunners at the CES 2022. First, the iX M60, which featured a 31-inch television with Amazon Fire TV plugged in, and second, the iX Flow concept, which changes the color of the car with just the touch of a button and in the blink of an eye.

BMW claims, so far the iX Flow can only flex monochromatic shades like grey, silver, white, and black. However, adding more colored options to the palette is definitely on the horizon, they said. This highly unique spec allows drivers to change the car’s exterior colour whenever they like. The magic takes place with the help of electronic paper and ‘E Ink’.  This specially designed wrap consists of millions of microcapsules that have a diameter equal to the thickness of the human hair, they contain negatively charged white pigments and positively charged black pigments. It uses electric signals to surface different amounts of pigments of the microcapsule. This way, they change and control the colour of the car.

Also, fun fact: The E Ink technology was founded in 1997 for Kindles readers, it was used for commercial displays by brands like Sony and Amazon.com. BMW simply used this electric-intelligent wrap as a cover for their iX. They also stated that the challenge wasn’t in developing it, but applying it on a 3D object.

At first impression, this may seem like a fancy futuristic spec, there’s actually some real utility here. Drivers can opt for a white shade on sunny summer days, this way the car’s body won’t absorb as much heat easing the pressure on air conditioning too. More so, they can choose to go black during chilly winters, to simply absorb heat. This neat trick can also prove to be a major boon when it comes to climate control features and also using up lesser juice from the battery. BMW are also looking at installing this wrap inside the cabin, particularly at heat-focused areas like the dashboard.

You must be wondering, while it’s trying to save all this battery energy, isn’t it also using that much with its fancy wrap? Well, turns out, the iX’ E Ink is also highly energy efficient, it only uses power when changing shades and there isn’t a constant current maintaining it. Frank Weber from BMW AG stated “Digital experiences won’t just be limited to displays in the future. There will be more and more melding of the real and virtual. With the BMW iX Flow, we are bringing the car body to life.”

While BMW hasn’t commented on when the iX Flow would reach production, they but suggested that the special wrap wasn’t too pricy to develop and there could also be a possibility where the special E Ink could make its way to production vehicles. BMW also confirms it will spend €30 billion ($34 billion) on future-oriented technologies by 2025.