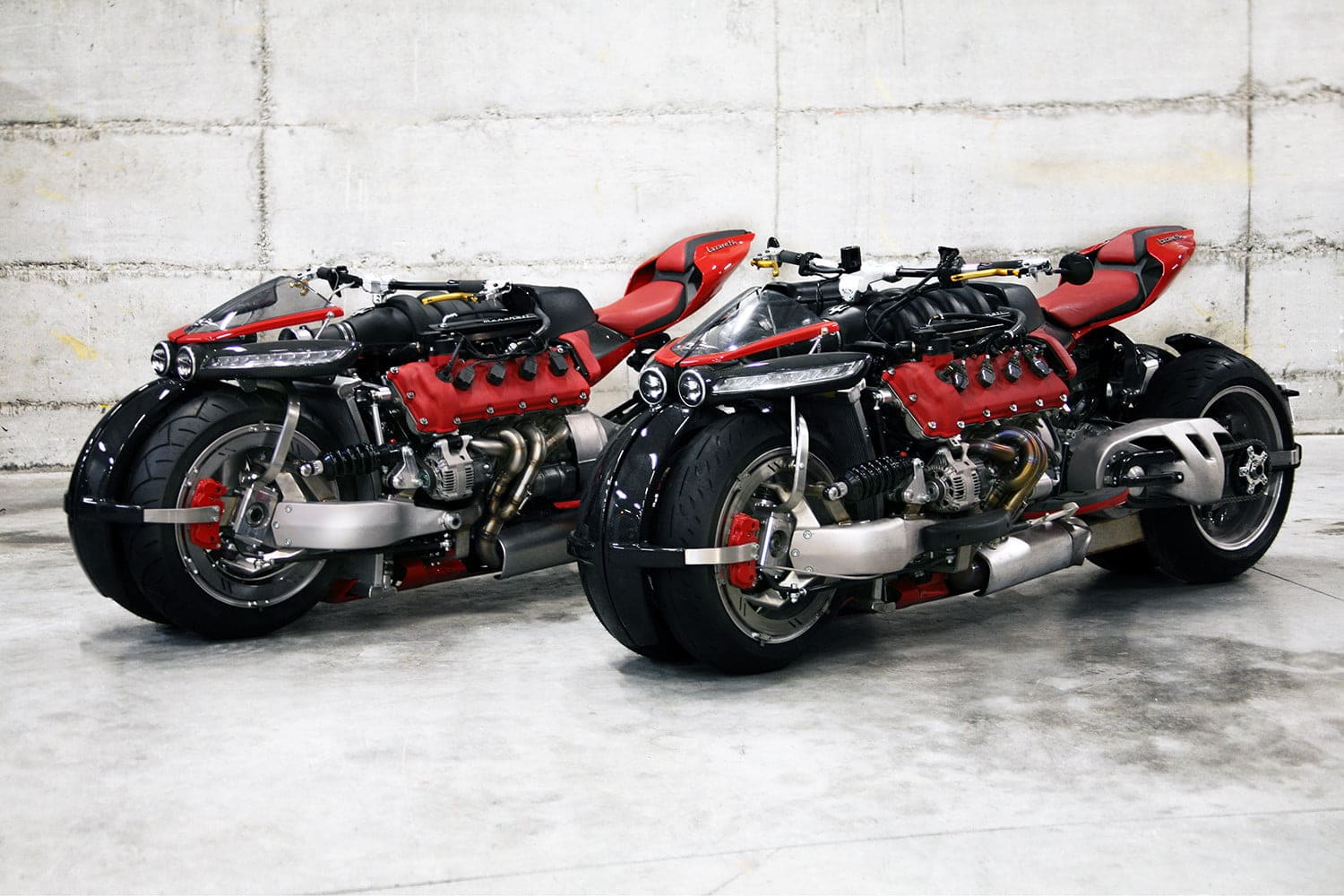 Into the future: Luxury concept bikes that were built to defy gravity

Gear
Into the future: Luxury concept bikes that were built to defy gravity
Share this article
Next article

Concept bikes are getting wilder, bulkier and increasingly audacious.

Over the past decade, the automobile industry has seen the most dynamic and future-driven models, those that strive to push the conventional boundaries of travel and speed. With visionaries like Tesla and BMW at the forefront, the future might be closer than we think. We give you a peek here, via bikes designed to defy gravity. 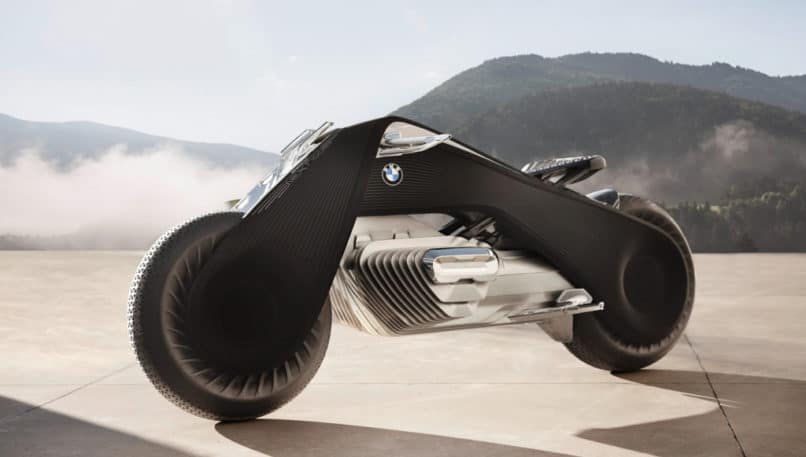 The inspiration for the futuristic BMW construct dates to almost a century ago. The R32, a 1923 off-road ally for the German military, is the predecessor to this futuristic urban roadster. The BMW Motorrad Vision Next 100 or ‘The Great Escape’ is built from a single ‘flexframe’, a carbon fibre shell that extends from the front to the rear wheel. With self-balancing technology, BMW makes a huge leap towards more efficient riding safety.

A pair of semi-VR goggles come with the two-wheeler for even more technical support for high-speed endeavours. BMW has also designed a lightweight, flexible suit that cools or heats the rider while enhancing comfort and posture with banded and strengthened areas. If it senses danger, it can vibrate against its wearer’s skin as an alert. This 2016 BMW roadster comes with a slick Rs 14 lakh price-tag, but we’ll update you about when you can buy one. 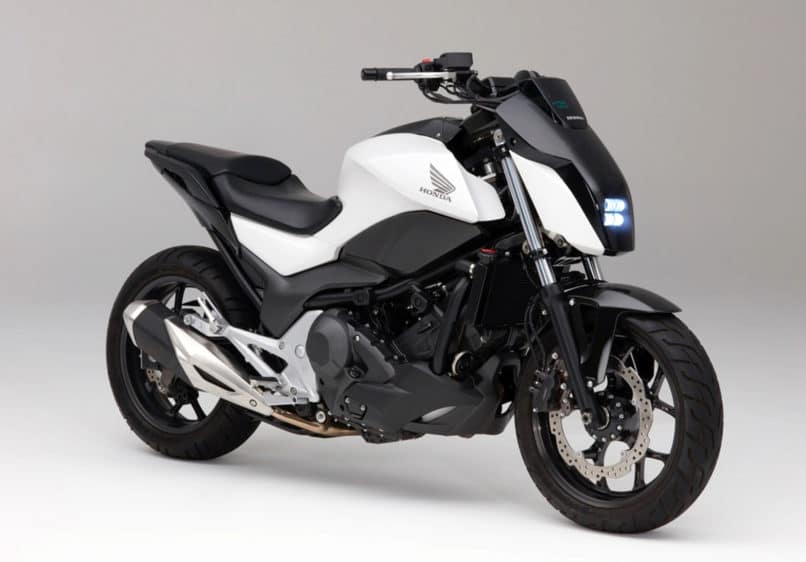 In a global 2017 debut at the Consumer Electronics Show, Japanese tech and auto futurists, Honda, unveiled their Honda Riding Assist motorcycle, which leverages intricate robotic technology to create a self-balancing motorcycle, which reduces the possibility of falling over while the motorcycle is at rest. This two-wheeler, however, isn’t built for the track, but for urban day-to-day commute. What’s different about this model is its ability to gyrate without the use of gyroscopes, but with pure software. What’s more, this bike can follow you around on command. 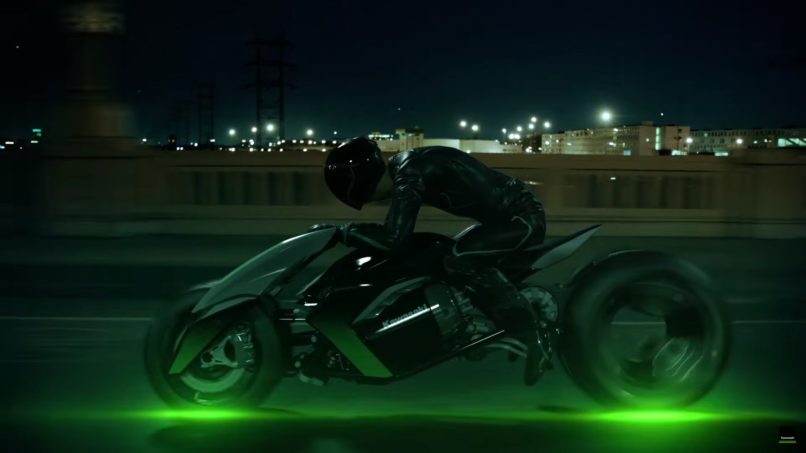 The Kawasaki J concept surfaced in early 2013 at the Tokyo Auto Show, but with concept bikes creating a roar in the auto world, Kawasaki decided to pull out this wild card from their dusty old files. This three-wheeler is quite similar to BMW’s Mottorad but more flexible, with an extra wheel for sharp turns. The bike can literally transform itself from a sports bike to a touring-ride to an in-town cruiser, allowing the rider to optimize his seating. The safety advantages of this ought to be obvious, at least to any rider who has strafed apexes with a Piaggio MP3 leaning three-wheeler in any of its versions. 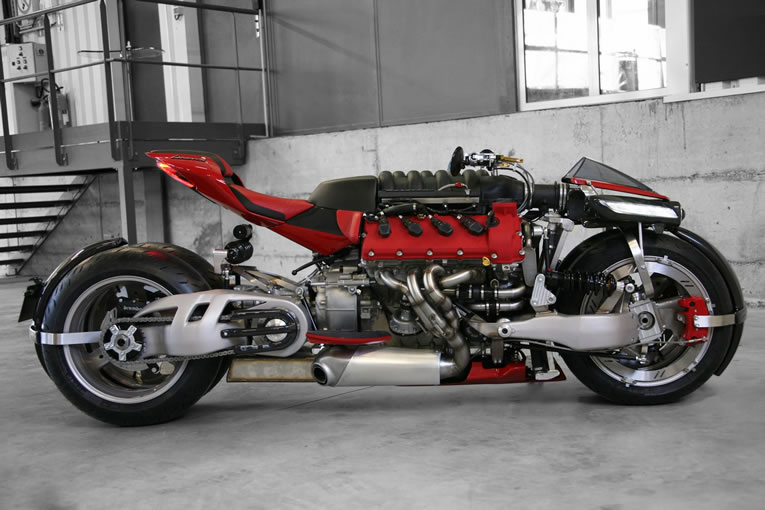 The LM847 Lazareth is a four-wheel pendulum powered by a 470 HP Maserati V8, which in all honesty is a brutish overbuild. With 32 valves and nearly 5000 cc of displacement, this machine weighs in at 400 kgs. Lazareth unleashed the LM84-7 in the second quarter of 2016 with a limited 10 builds, out of which 3 have already been auctioned off. The four tires, two front and two rear allow the bike to ground itself without the use of a stand. This unique piece of brawn machinery clearly isn’t built for the light-hearted. 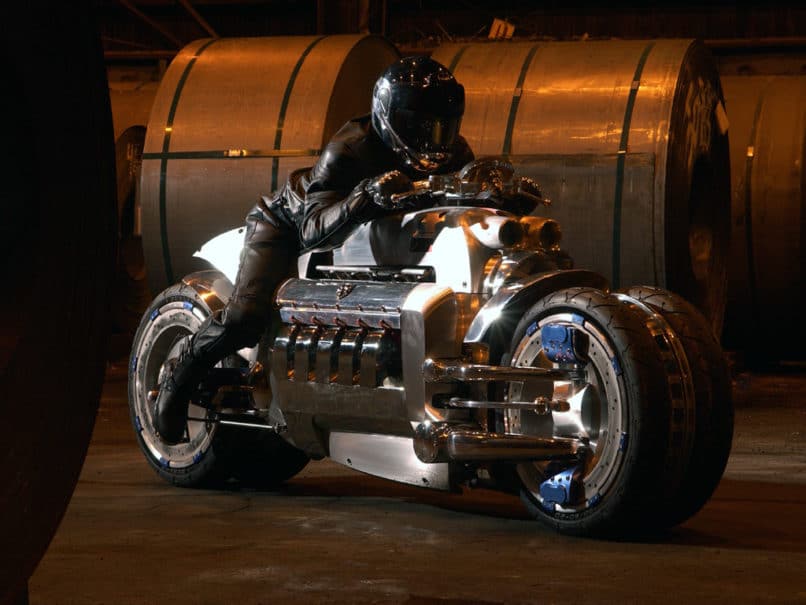 Automotive fans will remember a mind-blowing motorcycle by the name of Tomahawk that made its debut back in 2003. When Dodge introduced this concept more than a decade ago, we assumed that the bike would never see the light of the day, but we were wrong. Equipped with four wheels and a Dodge Viper motor, the Dodge Tomahawk was originally revealed in 2011 at the North American International Auto Show in Detroit. With an 8.3 litre V10 SRT 10 and 500 horsepower, this brute made the list for being the world’s fastest street-legal motorcycle of its time. To our surprise, this vehicle is still up for grabs. Being one of the most exclusive concept bikes in the world at just nine builds, with a price tag of US$5,50,000 each.