“We’re a brand who takes pride in engine sounds, vibrations, and emotions in the automobiles we create,” said Sharad Agarwal, Head of Lamborghini India.

It’s almost a reflex at this point, to picture a car from the Raging Bull of Italy’s dynasty, whenever we hear the word ‘supercars’. We can already hear the golden roars of the Indian automobile Industry with every new season of motoring. But when it comes to luxury sport, Lamborghini is much more than a crowd favourite. They’ve already taken the luxury SUV market by storm with their first SUV, the Urus, and planted a nest egg with the Sian for the off-chance of materializing hybrid plans.

The Huracan Evo RWD recently made its much awaited India debut by introducing new cockpit technology, and fine-tuning its V10 and rewinding to the classics of luxury motoring. To understand the brand better and its roaring success, we spoke with the man behind the past, present and future of Lamborghini India. 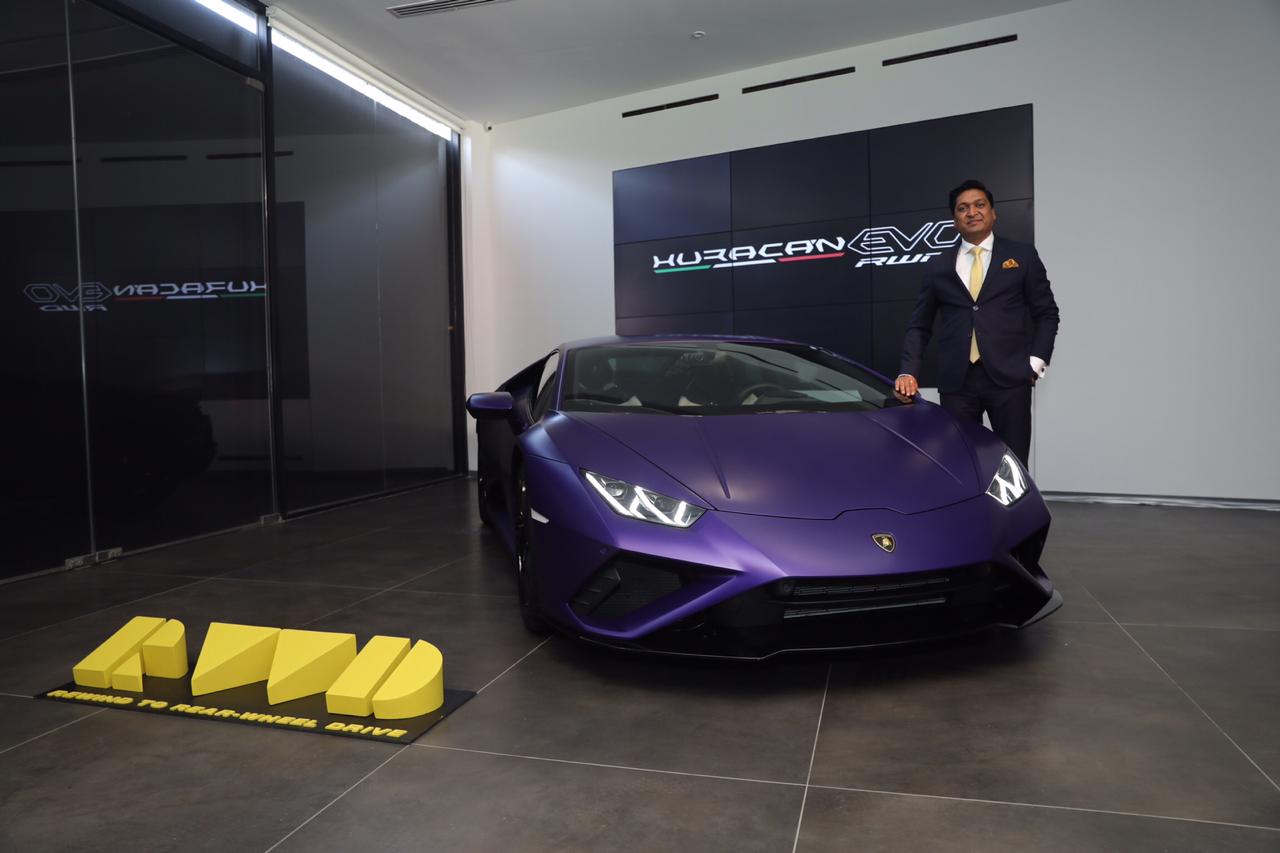 After Aventador, what was the need behind Huracan and where does it stand today?

Until 2003, Lamborghini were dedicated to V12s. And that’s when we introduced the Gallarado after realising that a segment of our clientele preferred a certain type of engine. This also marked Lamborghini’s entry in the extreme super sport industry, where cars were built not for the road but for the track. To take this endeavour forward, we introduced the Huracan in 2014 and upgraded it over the years with its Evo packaging.

In luxury car industry, it’s all about catering to the intimate motoring needs of the customers. That’s where bespoke experiences comes in, and that’s how customers look to match their car with their personality. This is the purpose Huracan serves. 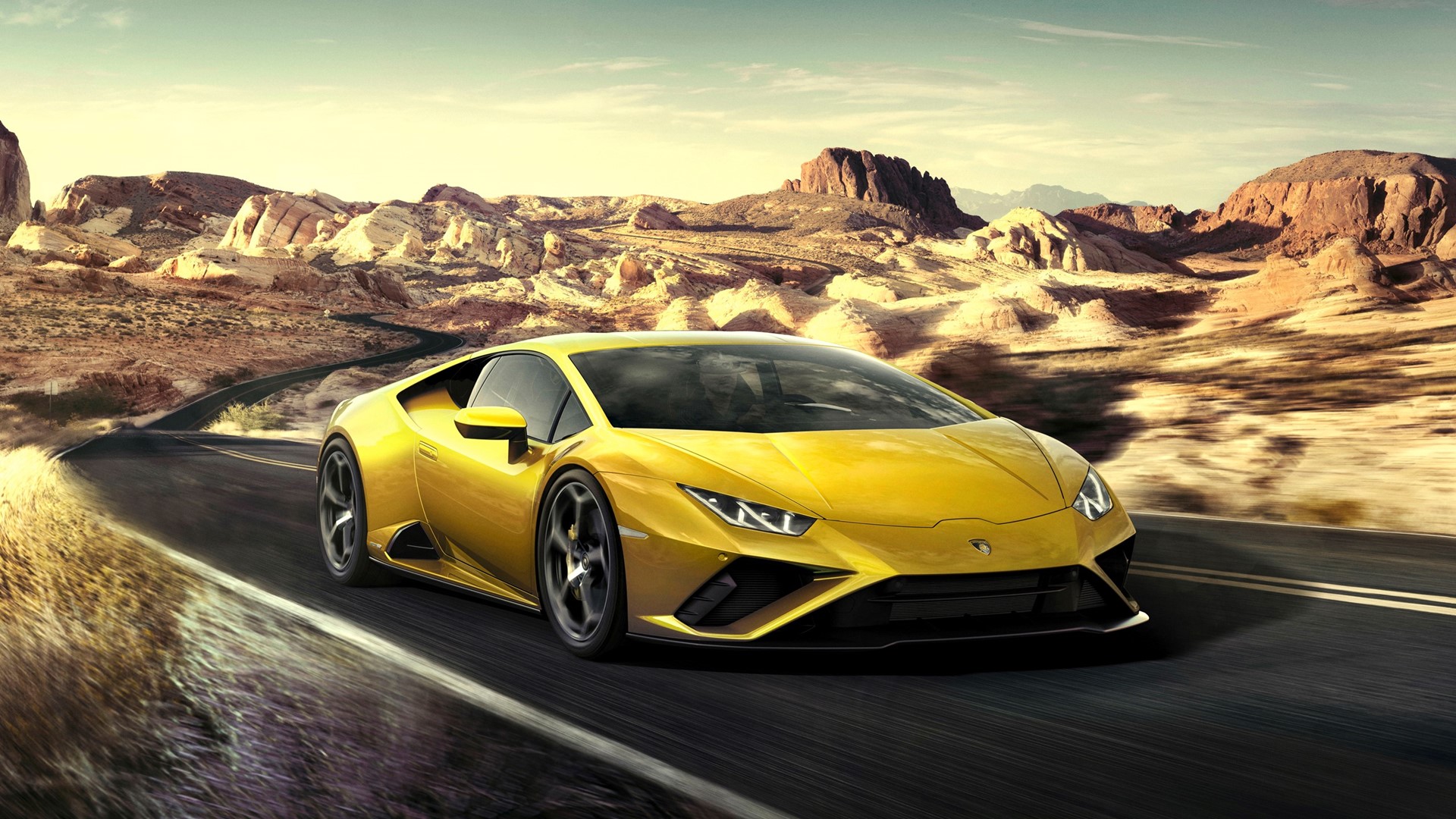 The car has been fine-tuned for purists and drivers who want adrenaline-fuelled experiences away from the city. First there was the Evo and then the Evo RWD, a car designed for power driving. As we keep innovating new ways to offer better driving experiences, we introduced the Huracan AWD last year. But this time, with the RWD, we’re introducing a technology called the LDVI, which works on the feet-forward logic. This allows the car to understand the driver’s style. Hence, adjusting to it.

Our engineers behind this technology focused heavily on traction and performance traction. It controls traction and over-steer, playing an important role in cornering, exiting, and overall maneuvering. Apart from this, the V10 guzzler has titanium walls. We’ve also tuned the exhaust, it’s lighter yet maintains the vibrations that Lamborghini takes pride in. The cockpit now has a large 8.4-inch touch panel for further driving assistance. 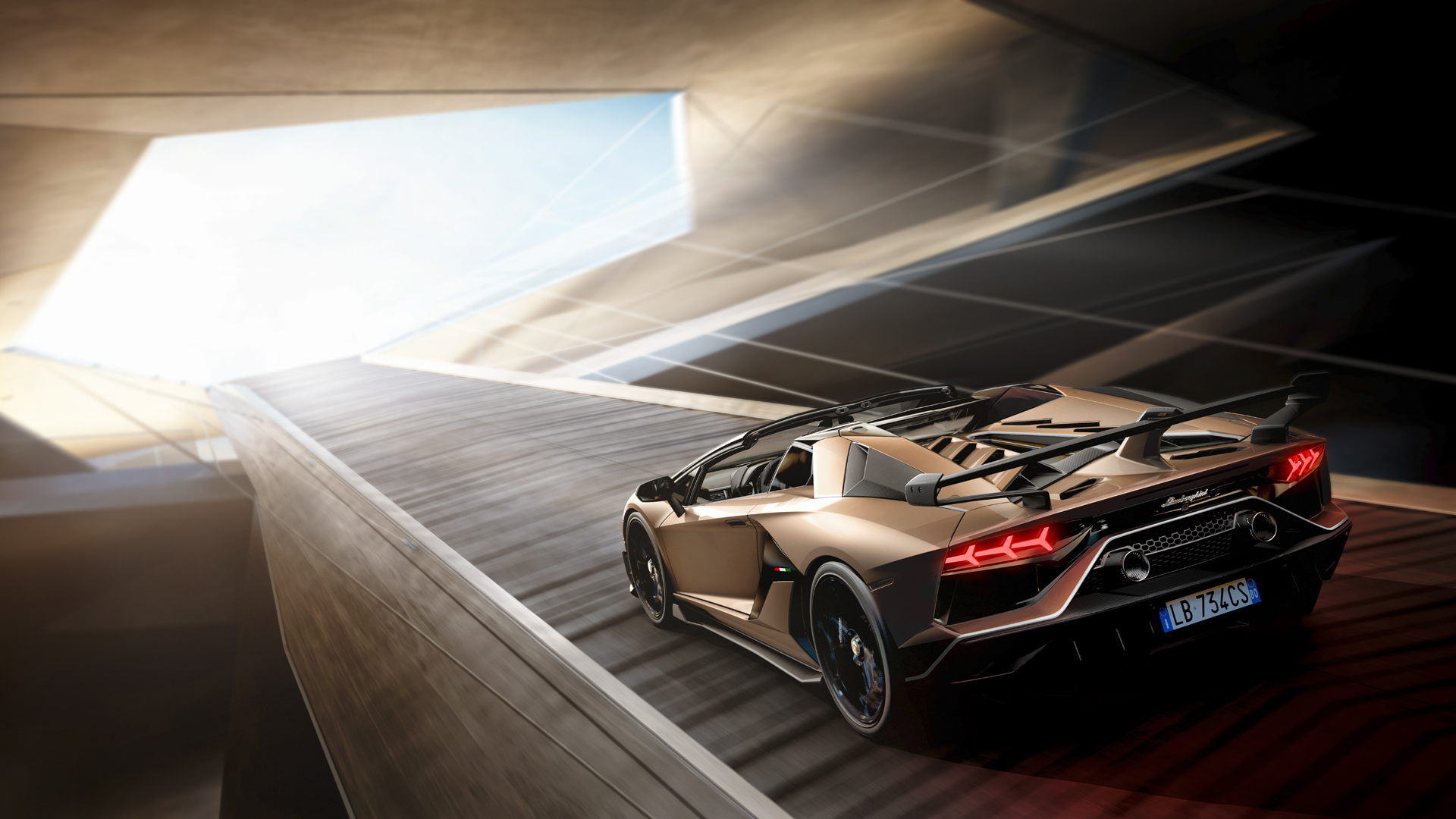 In India’s super-sportscar culture, there’s still a massive developmental curve. Still at its nascent stage, India has had supercars for years. The appropriate infrastructure is unfortunately missing. In order to overcome this, we’ve also made it our key strategic pillar, Lamborghini India has been creating unique driver experiences in bespoke fashion away from the city.

We recently hosted the Lamborghini Day in Jaipur, where we invited Lamborghini owners so they could experience the luxury, royalty, and the driving experience of the city’s non-congested roads. It was historic and beautiful, connecting directly with Lamborghini’s DNA. We did the same in Chennai and also invited professional Squadra Corse drivers who helped our customers understand the cars better. We also put together the Lamborghini Giro, a 600-km tour from Bangalore to Coimbatore to Ooty. We do this to merge informal luxury and driving experiences so that enthusiasts can believe that even in an environment like India, a Lamborghini can be generously enjoyed. What led to the success of Lamborghini Urus in India?

The Urus was an absolute game-changer for Lamborghini India. We know that there couldn’t be a better Lamborghini for Indian streets, and it zooms past every hurdle that stalls the supercar line-up. It’s practical yet luxurious in so many ways. We’ve created a few records as well with the Urus.

Since it’s launch, we’ve almost been delivering one Urus every week, which is a phenomenal record. This really showcases the strength of this model and how people would still opt for a Lamborghini experience even though it’s the brand’s first SUV. It sports the brawn and versatility of an SUV but has the DNA of a supersport car. 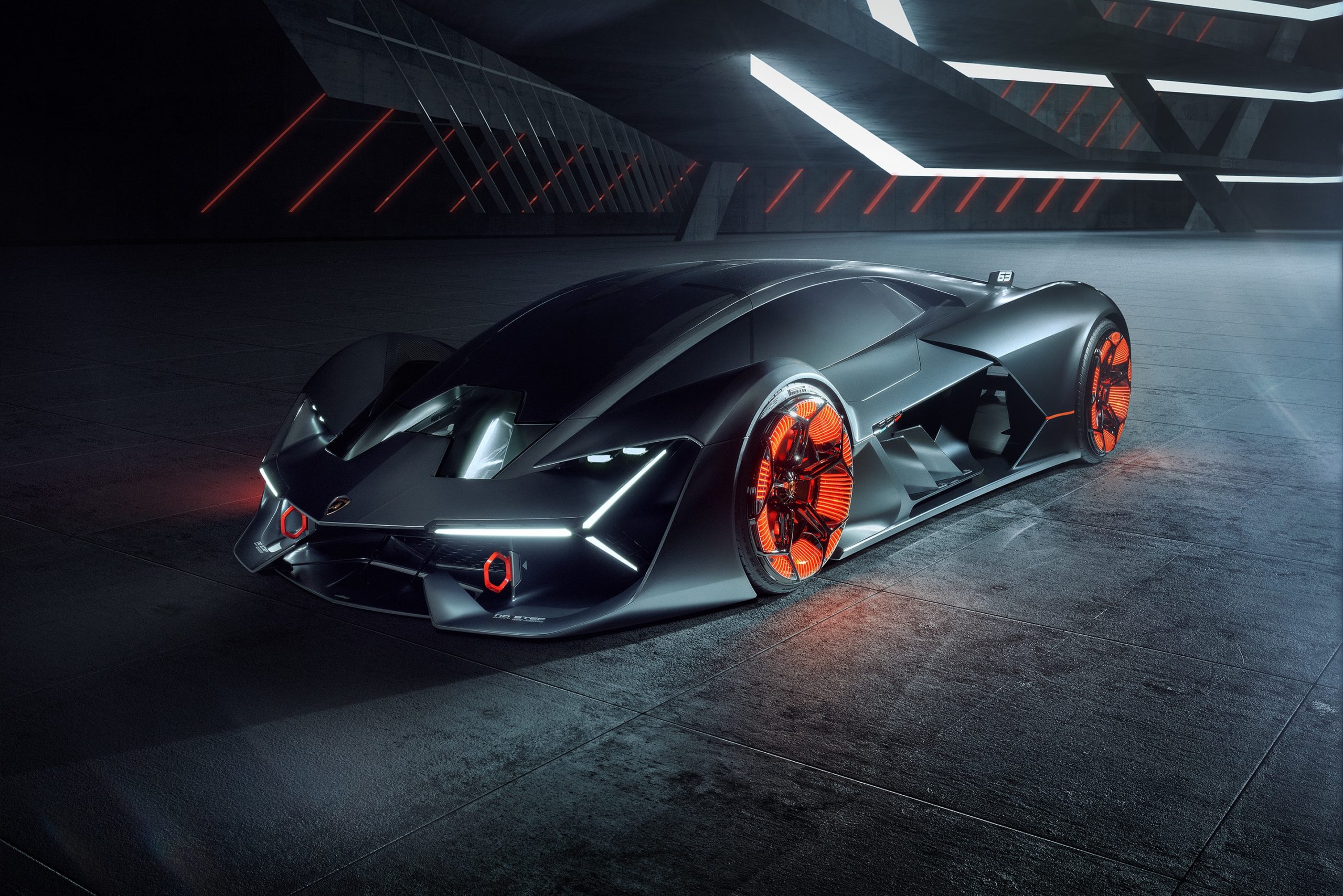 Electrification is a major wave in the automobile Industry. Is Lamborghini looking to do the same soon?

As an extension of a heritage, Lamborghini is all about emotions. It’s about the dynamics of exhilaration with a car that’s made exclusively for you. We are clear and committed to the sound and vibration of our engines, we will never compromise on this.

Considering the electric engines, we don’t think it can deliver the essence of emotions that our customers expect. However, this being a far throw, we will first work towards designing hybrids. We showed the world what Lamborghini’s future would look like with the Terzo Millennio, which is still just a concept of electrification. We’d only put our chips down when we’re sure that technology and design will retain the emotion of a Lamborghini automobile. How much horsepower do you think a supercar needs to be compatible with the Indian transport infrastructure?

When we buy a supercar, we don’t buy it for speed. We buy it for the experience and the luxury it offers. A Lamborghini doesn’t serve as a point A to point B car. It’s a whole new experience that will never reach it’s maximum if limited to city streets. These cars are designed to perform on extreme conditions such as tracks, and that’s where the need of horsepower comes in. It’s important to balance out these two factors: the requirement of horsepower on track as well as the braking and efficient braking clubbed with dynamic city maneuverability. What made Lamborghini an apex in India’s supercar market?

In 2012, we took a big step. We decided to create a setup and a team dedicated to building Lamborghini India. This country has one of the most diverse and complex markets in the world.

In 2018, we brought in the Urus, making us one of the first countries in the world to host this car. We launched the Evo in 2019, being the first market in the world to launch it after its global debut. And now, with the Huracan Evo RWD, we brought it in only 20 days after its global debut. This clearly shows that we are bringing the cars much faster to the Indian market as we want customers to enjoy the cars as soon as they can rather than wait for years.

The second pillar is the experiences and platforms we create. When someone comes to buy a Lamborghini, they don’t just buy a car, they buy an experience and become part of a community. I think this differentiates us and keep us ahead of our competition.

What can we expect from Lamborghini India in 2020?

We will bring more Indian street-friendly cars to the market, creating more intimate experiences and most importantly, having the right after-sales experience.