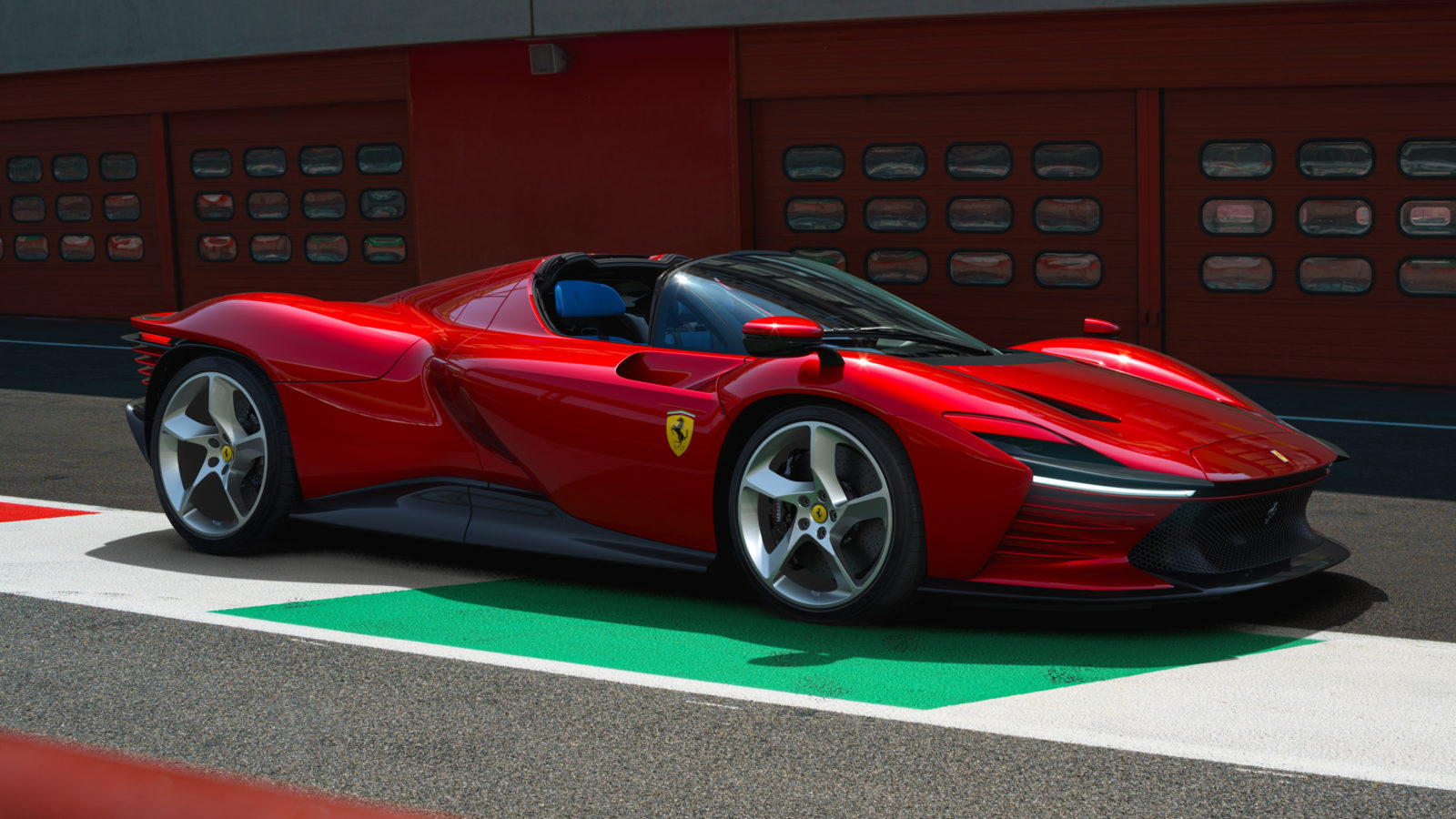 Before we get into talking about Ferrari’s latest entrant in their “Icona” series of ultra-limited-edition cars, how about a quick history lesson? The year is 1967, it’s the 24 Hours Of Daytona and the Prancing Horse of Italy gained their iconic one-two-three podium finish. Both, the cars – 330 P3, 330 P4, 512 S, and their drivers, were celebrated, as they cemented their names in the books of race-car royalty. 54-something years later, presented at the Mugello Circuit as part of the Ferrari Finali Mondialithe ’21, the Daytona SP3 pays tribute to these very icons who gave the ‘Ferrari’ badge the oomph it has in the racing business today. 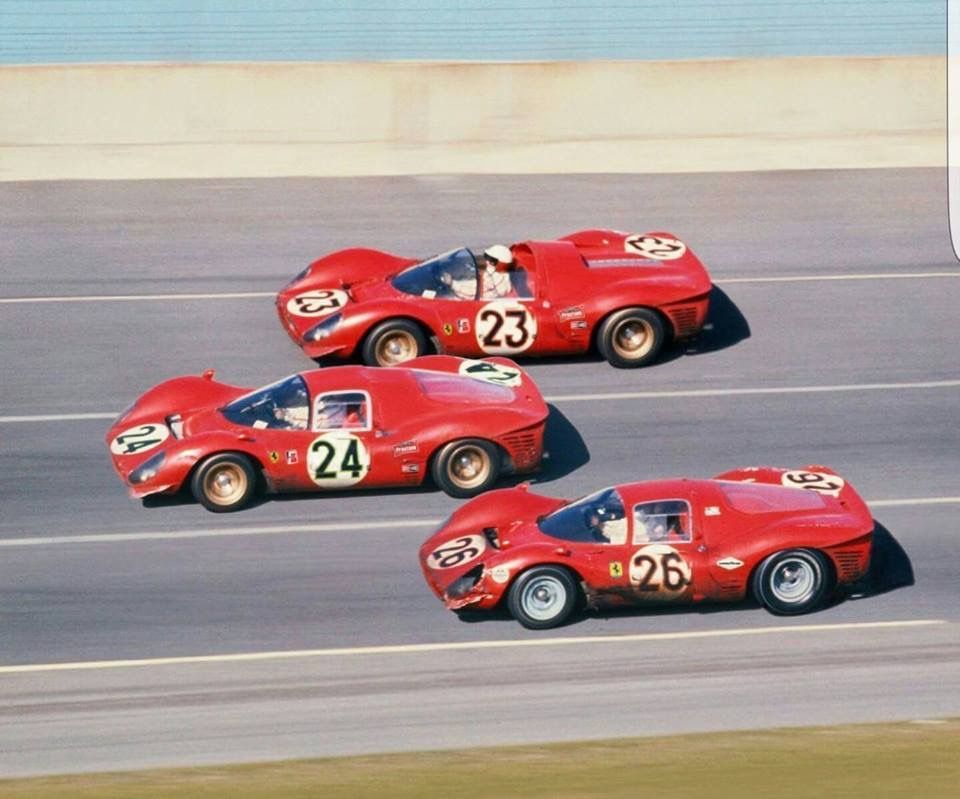 While the classic racecars looked sleek and speedy, the Ferrari Daytona SP3 looks….muscular, while interestingly being the brand’s most aerodynamically efficient car ever built. However, the 1960 racing accents are highly prominent. Take the low-set wraparound windscreen, for example, it’s an ode to the P3/4. Also, the ‘double-crested front wings were first spotted on sports prototypes like 512 S, and the 312 P. 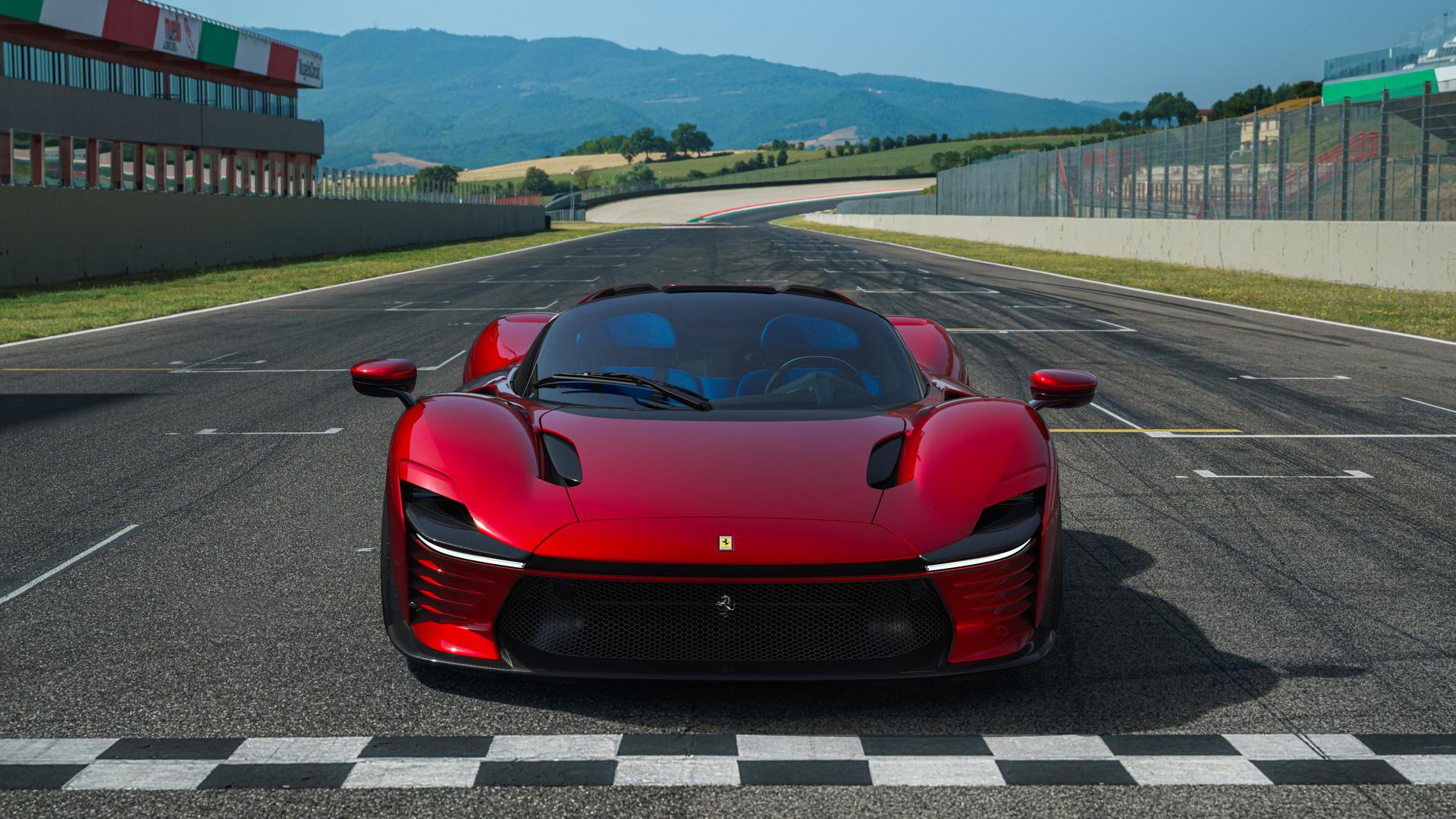 Moving on to the racer’s cockpit, it boasts a seat that’s more reclined than any Ferrari road car. This allows the driver to sit lower, reducing the vehicle’s drag. Also, pay attention to the side mirrors, they’re interestingly fitted on the front wheel’s wing instead of being close to the door. We also notice that the monocoque tub and all exterior panels are carved out of carbon fiber, that’s how this ‘Rari weighs a dry 1,485 kgs with an impressive power-to-weight ratio of 566-horsepower per tonne. 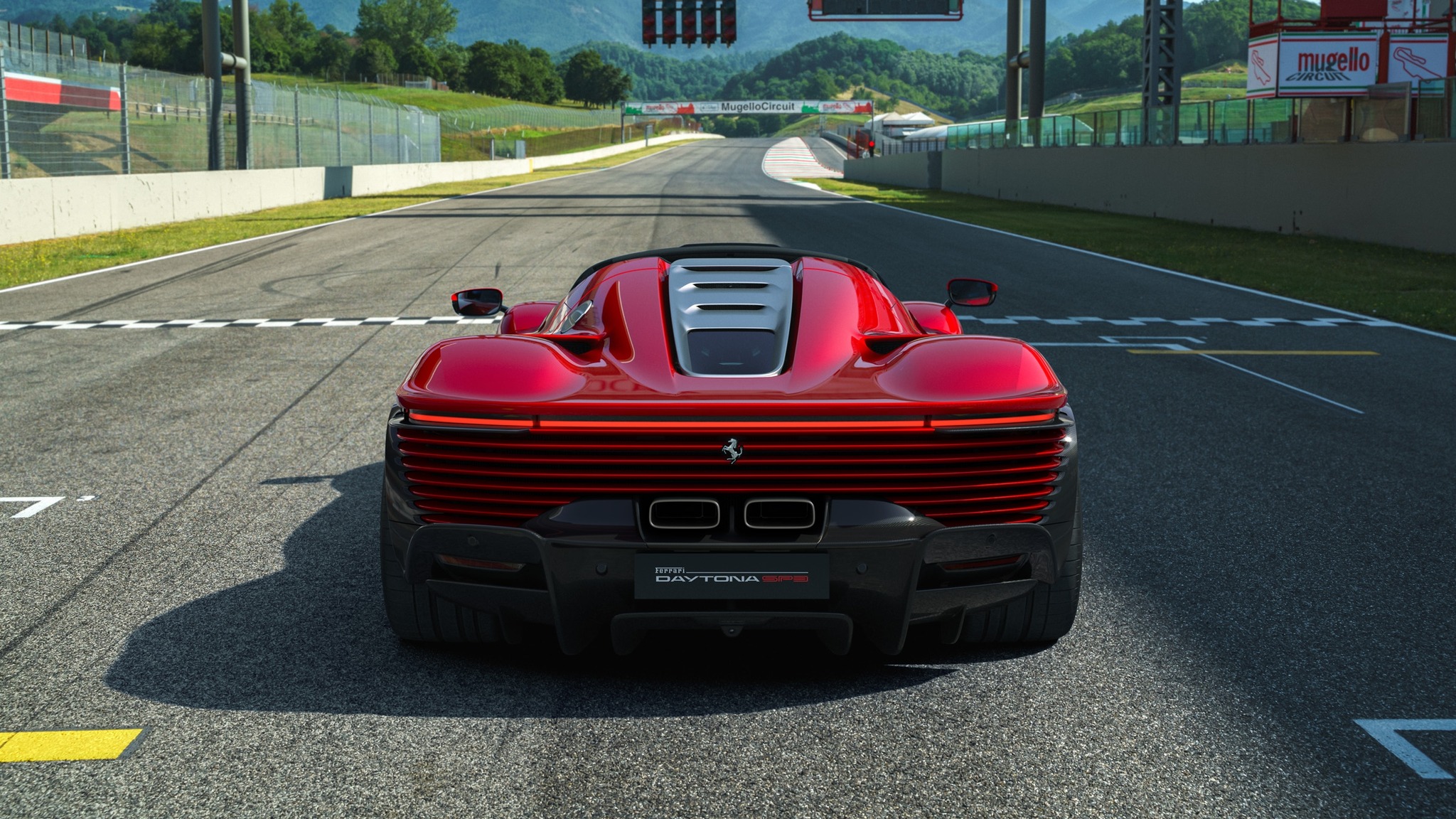 Under the hood resides an absolute Italian monster of an engine – A mighty naturally aspirated 6.5-litre 12-cylinder guzzler that’s capable of producing the power 840 Italian ponies and 657-Nm of raw torque. So yeah, it’s official, the Ferrari Daytona SP3 is the most powerful non-electrified car to ever leave the Maranello in the past 74 years. More so, paired with a 7-speed automatic gearbox, Ferrari says the V12 can promise a “torque curve that rises rapidly” rippin’ all the way up to the 9,500-rpm redline. It’s capable of clocking a zero-to-1oo in 2.85 seconds and zooming up to 340-km/hour. So yeah, it’s in the top five of the fastest Ferraris ever made. 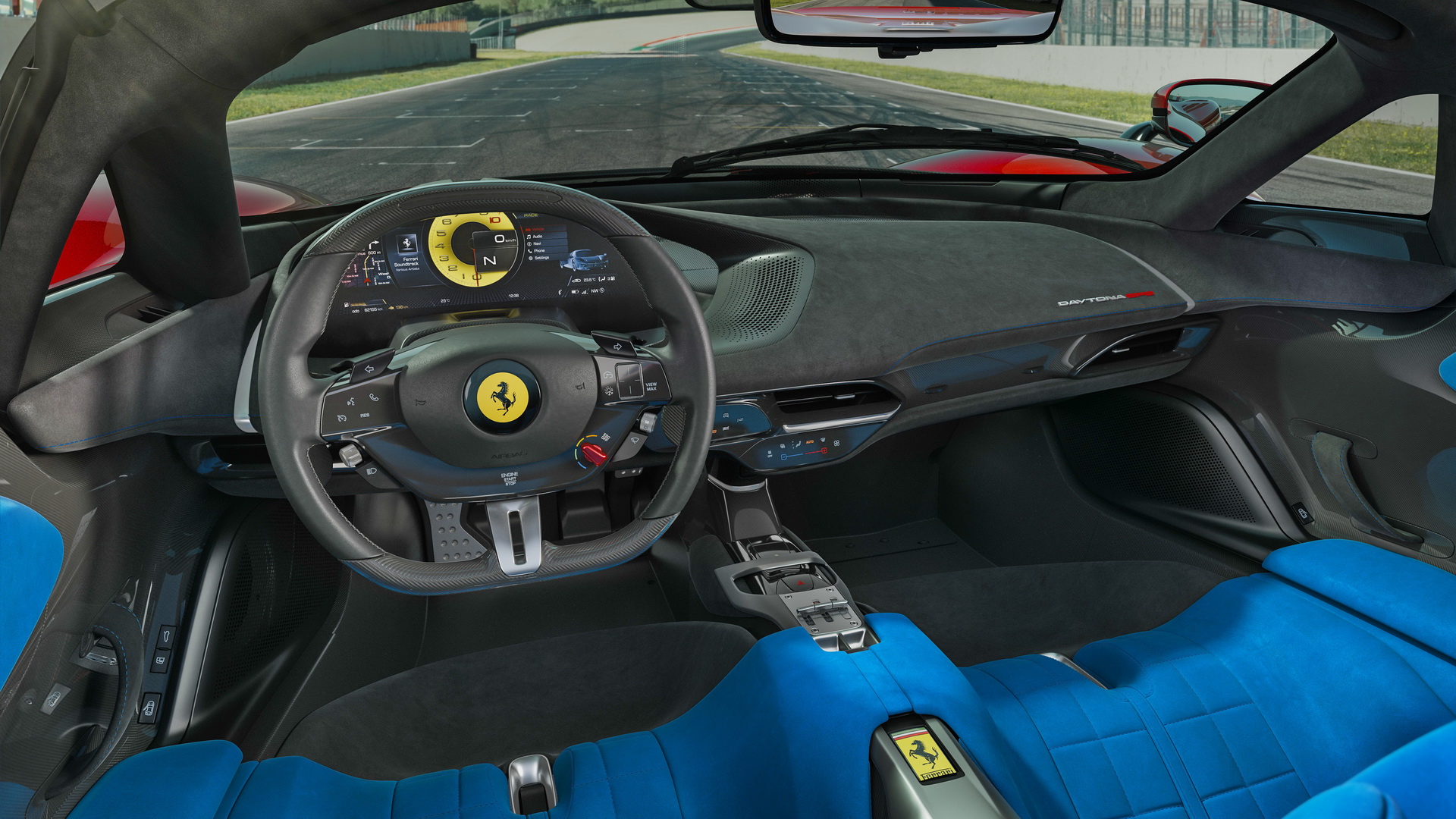 Reading all these heavy race-track-ready numbers, you must be expecting the Ferrari Daytona SP3 to have a boring, button-busy interior. Well, this racecar cockpit is actually a pretty plush cabin. We see the very same digital dashboard and UI kit as the SF90 Stradale. More so, the seats are integrated into the body, something we see very often in Bugattis. However, the way the fabric for both sides slides over the center armrest panel is actually a reference to retro 1960 sportscar cabins. While it isn’t confirmed yet, we’re expecting the car to be fitted with a removable Targa. 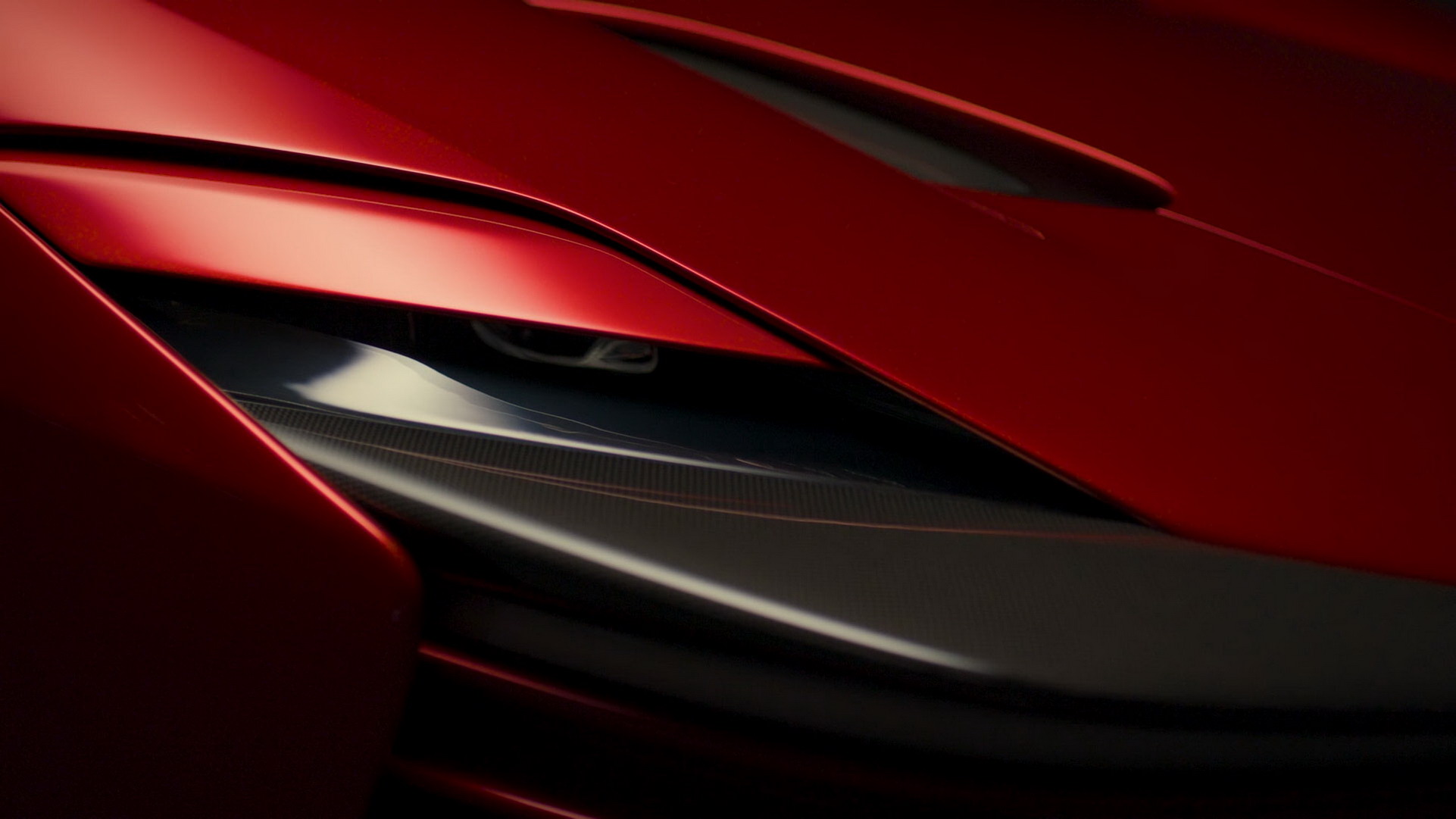 Incase you’re wondering, it’s going to be quite a tough bargain for newby Ferrari buyers to acquire this one. Ferrari stated the car will be reserved for long-time clients and friends of the brands. SP1 and SP2 owners will be given a preference here. Only 599 of these will be made while each will cost a hefty 2 million euros ($2.26 million) in Italy and Rs 16.8 crores if it were ever to be available in India. Any takers?