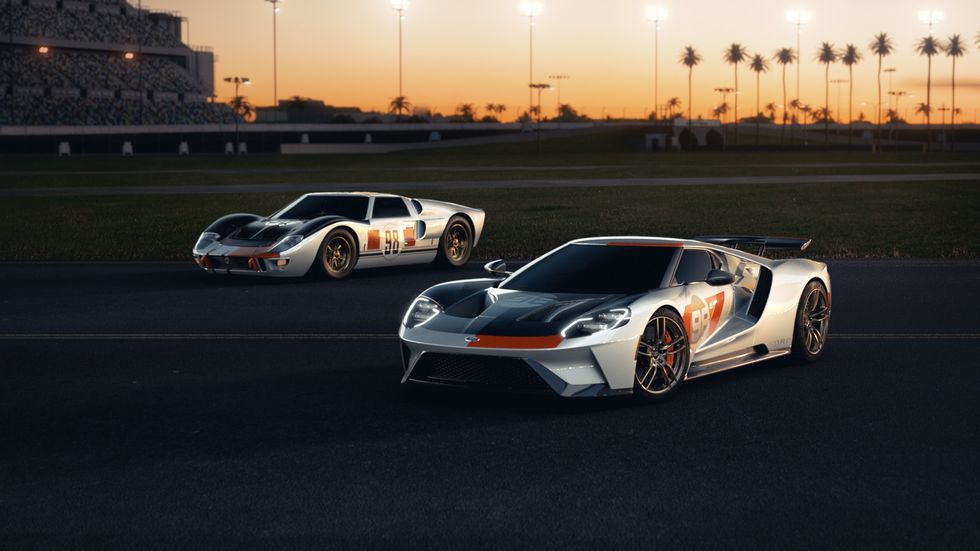 American car manufacturer Ford has presented its first GT Heritage Edition in tribute to the GT40 MK II and its victory at the 1966 Daytona 24 Hours. Deliveries of the new automobile will begin in 2021, which is also the 55th anniversary of the historic race. 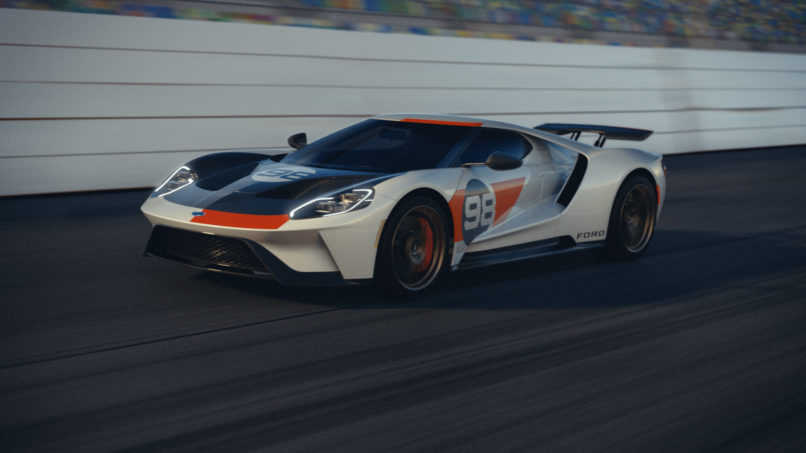 The limited-edition model is the very first to present a livery inspired by a race other than the 24 Hours of Le Mans. The 2021 Ford GT Heritage Edition features “Frozen White” exterior paintwork and an all-carbon-fibre hood. Various unique features have been added such as 20-inch Heritage Gold forged aluminium wheels and red lacquered Brembo monoblock brake callipers. Inside, the interior offers exceptional upholstery and trim including a black Alcantara steering wheel and red Alcantara Performance seats. 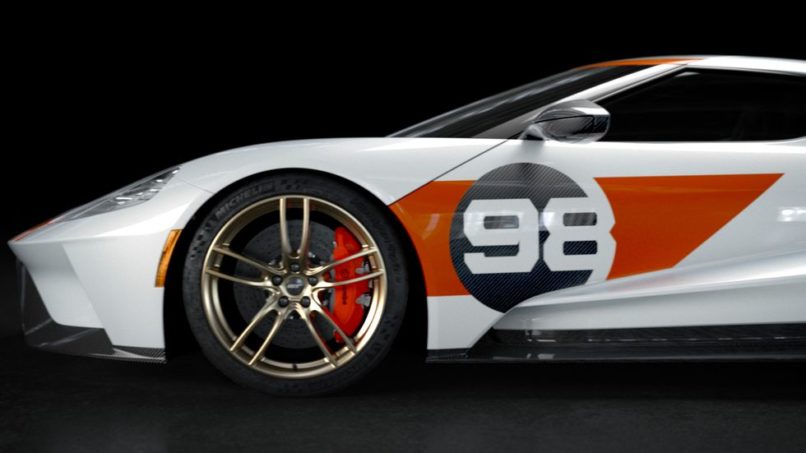 Among further options, customers can choose from 20-inch exposed carbon fibre wheels, monoblock brake callipers lacquered in black and the inscription “98” on driver and passenger door panels, a reference to the number of the winning car in Daytona in 1966. It was the first in a long series of successes for Ford, among them the carmaker’s victory in the 24 Hours of Le Mans a few months later, which was the subject of the film ‘Ford v Ferrari‘ released in 2019. 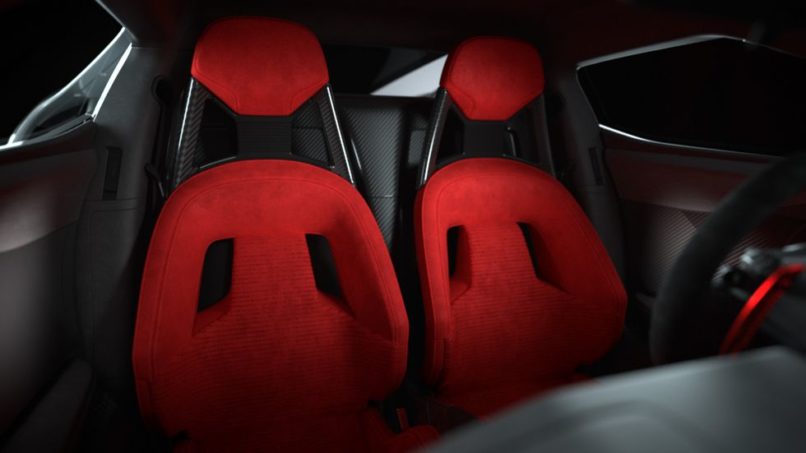