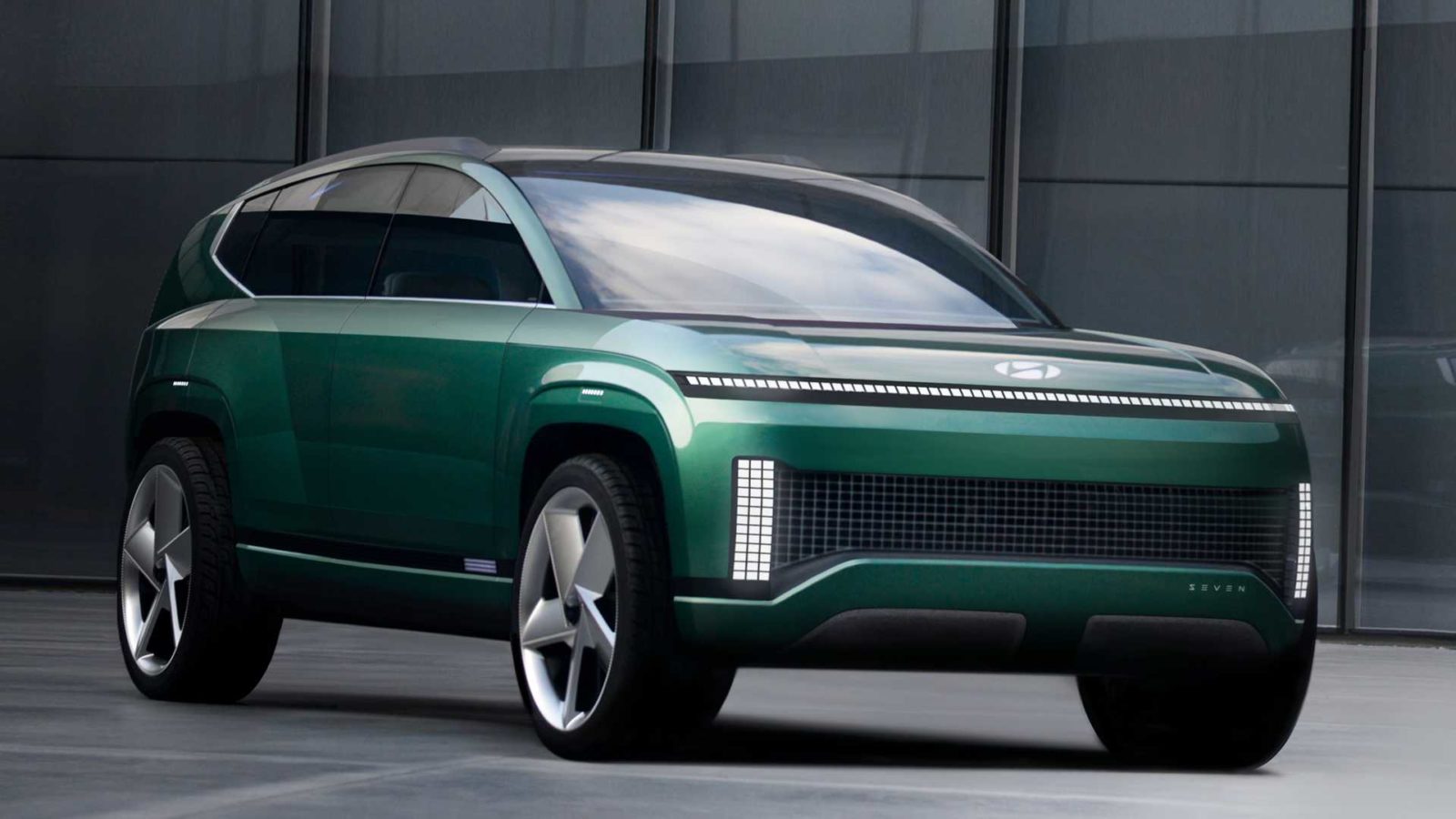 Hyundai’s electric Ioniq wing seems to be the boss’s favourite right now. Further to last year’s Ioniq 5 that was unveiled at the Los Angeles Auto Show, we have the Seven Concept today — a retro-futuristic-themed jumbo chariot of tomorrow that boasts a few pretty nifty designs and features.

The Seven rides on Hyundai’s dedicated Electric-Global Modular Platform (E-GMP) with a wheelbase that stretches nearly ten and a half feet, which is a foot longer than the Palisade, one of their longest models yet. This was possible all thanks to the electric architecture. At first glance itself, the Parametric Pixel lighting design makes its mark. Is it just us or this model looks retro and futuristic at the same time? 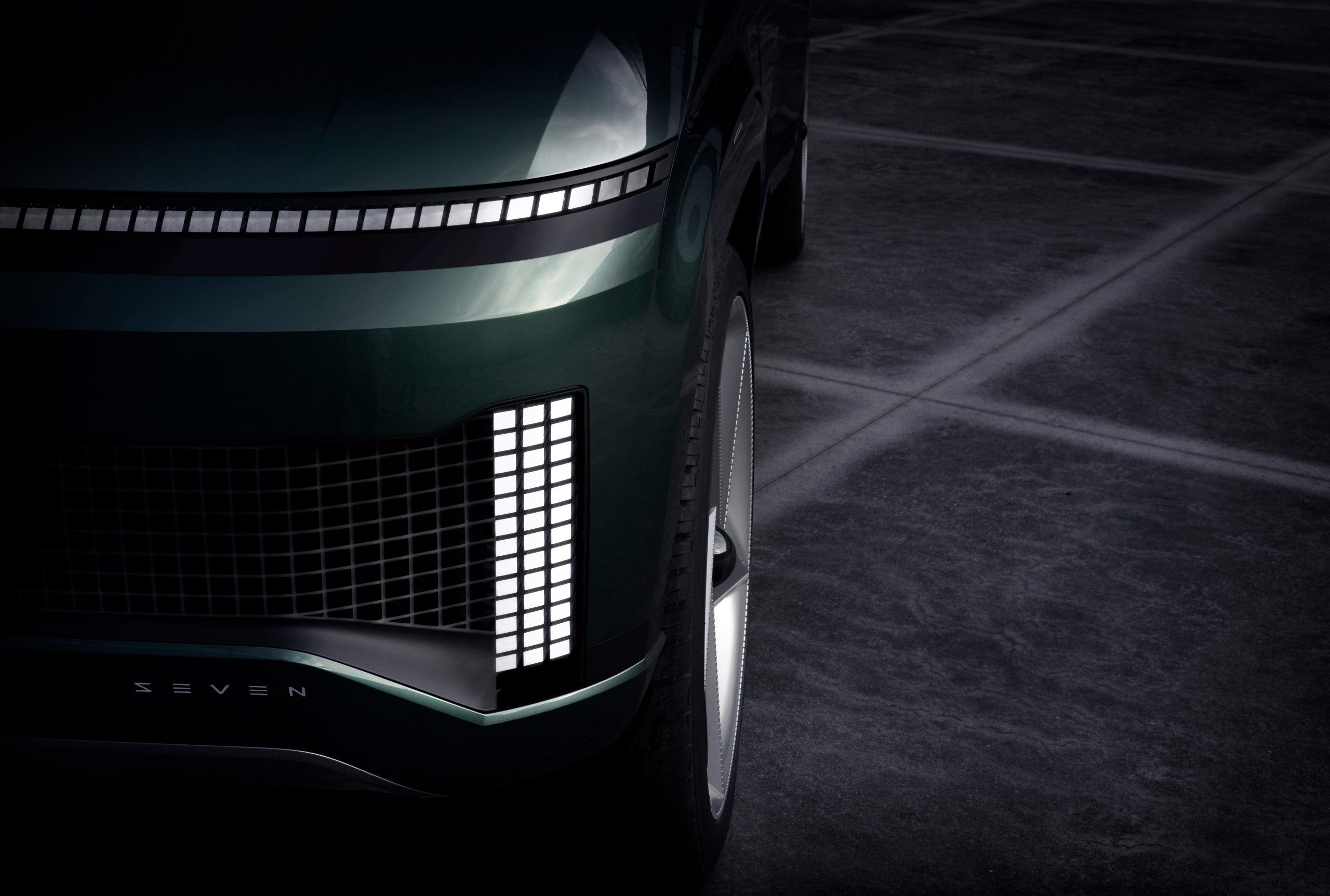 What’s also interesting about the Hyundai Seven Concept is that its cabin is pillar-less, Hyundai likes to call this a ‘more fluid interior layout’. Inside, you get three rows of seats, two of them to the front are swivelling lounge chairs while the last row is simply a curved bench. Keeping up with its minimalist code, the driver steers the Seven Concept using a retractable control stick and controls in-cabin features via a centre console that stretches the width of the cabin. 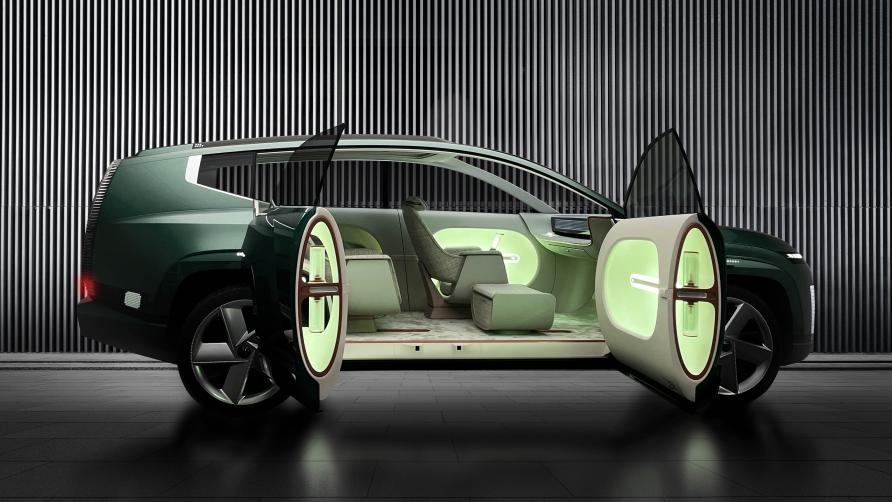 In terms of plush treatments, there are plenty of tiny treats all around the Seven. There’s a mini-fridge that you’d usually find in Maybachs and Rolls, we also see a ‘shoe compartment’. Hyundai said it “refreshes passengers’ footwear,” we don’t know if that’s indicating a clean-up or simple refreshment. While most luxe cars would have an infotainment screen on the dashboard or behind the seats, this one’s on the roof. Yes, you read that correctly, the Seven’s roof consists of an OLED screen to create a better ambience. 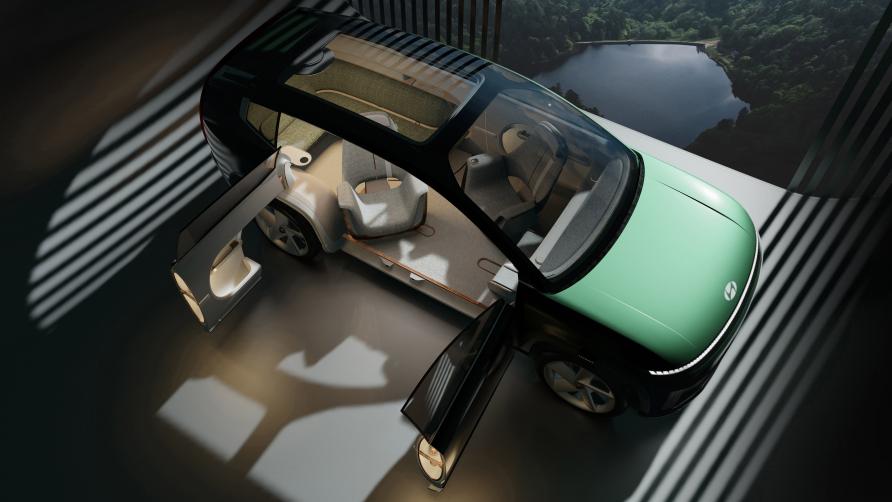 Amidst all this futurism, there’s a place for sustainability, too. We also see great use of recycled and renewable materials like mineral plaster and bamboo all through the cabin. To add to that, Hyundai has also fitted a Hygiene Airflow System and Sanitizing UVC lights that clean up the cabin after you exit.

In terms of range, you can get up to 300 miles on this electric chariot. You can even use a 350-kW charger that plugs in up to 80% in 20 minutes. Expect the Hyundai Seven Concept to arrive not before 2024.