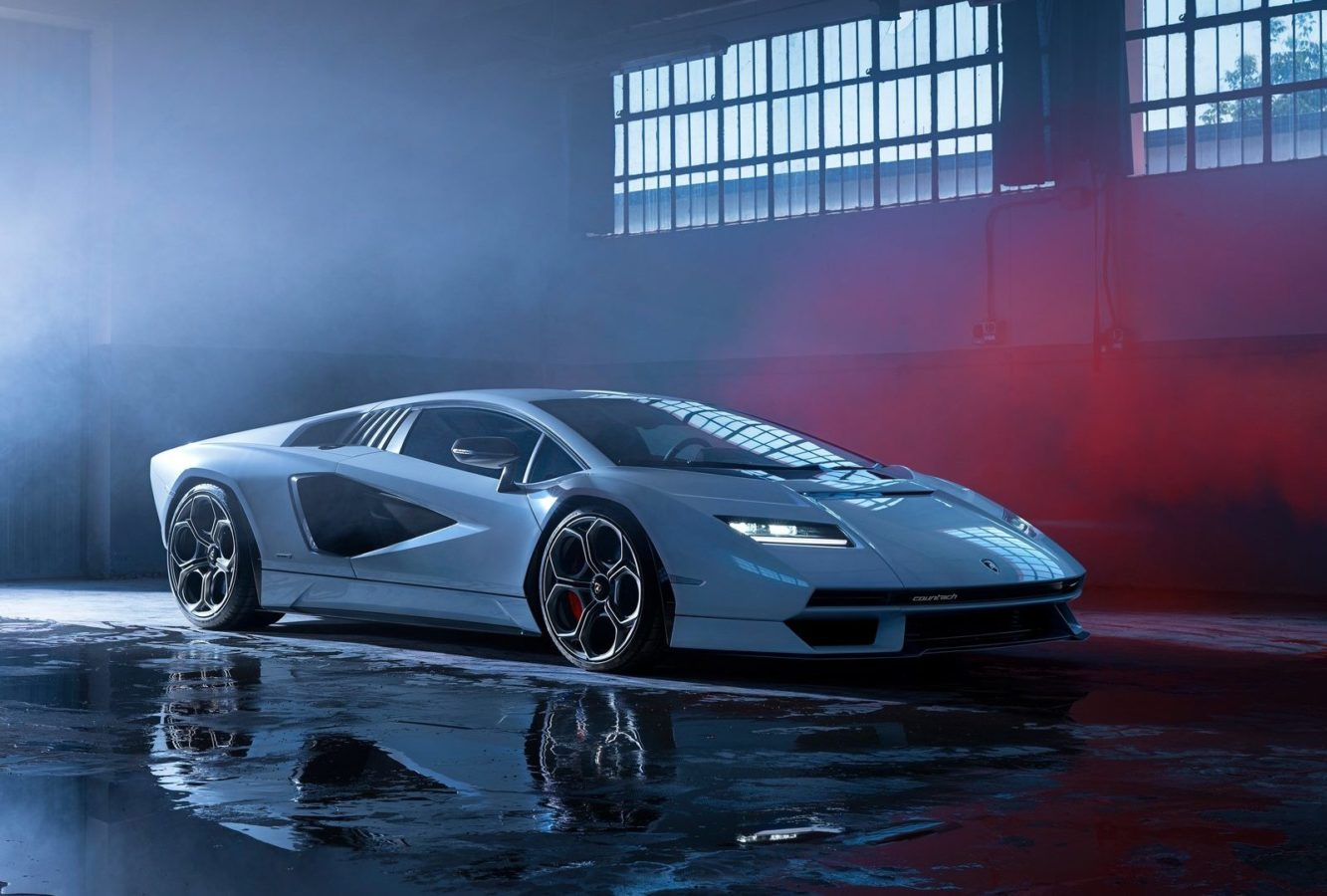 Lamborghini revives the legendary Countach as a $2.6 million nostalgia bomb

Gear
Lamborghini revives the legendary Countach as a $2.6 million nostalgia bomb
Share this article
Next article

The 2022 Lamborghini Countach or ‘LPI 800-4’ makes its debut as an 800-horsepower blast-from-the-past celebrating the wedged icon’s 50th birthday.

Earlier last week, when we heard of Lamborghini’s plans of bringing back their 70s icon, it certainly had our curiosity. Today, seeing the mythical Countach in the flesh (or carbon fibre) undeniably has our attention. Back in 1971, its counter-culture wedge aesthetic changed the way supercars were perceived. This was perhaps the first time in automobile design history where we saw a car that looked like it was intentionally designed for speed. Clocking in at 179-mph, it even held the title of being the world’s fastest car for a few years. In the process, it made its mark as the world’s sexiest sports car, and in the 80s, the Countach was literally everywhere. Right from Hollywood boulevard to college dorm room wall posters across the world, it became the supercar. 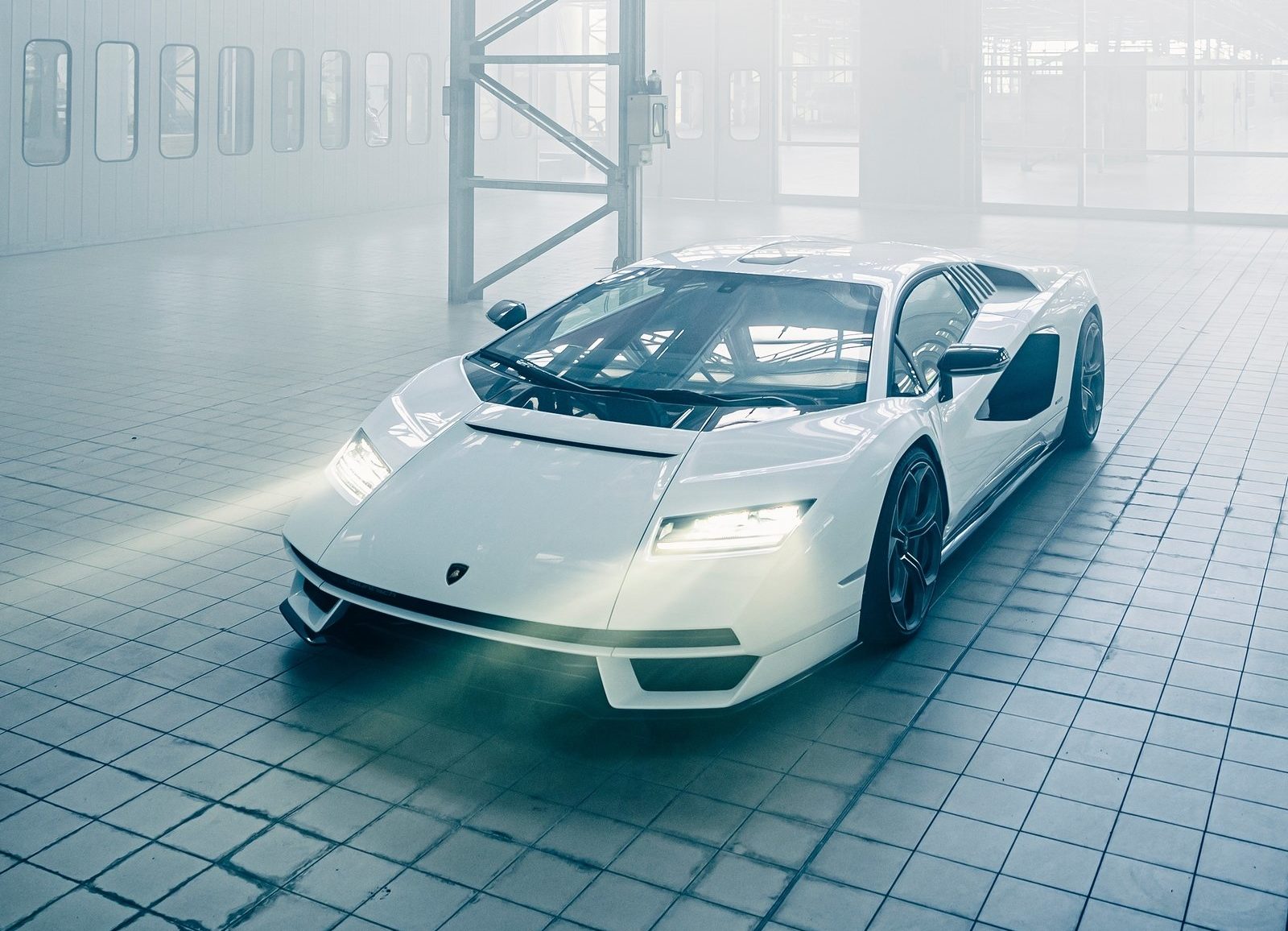 Witnessing the wedged icon go back into production is undeniably special. With this revival, it doesn’t seem like a proclamation of the brand’s future plans or anything of that sort — it’s simply a celebration of the past (with a hefty price tag). Here’s the all-new Lamborghini Countach LPI 800-4 and it bears a prominent resemblance to its original 1971 form. The sharp cuts and the sleek lines are quintessential of vintage supercars, and we’re lovin’ it. 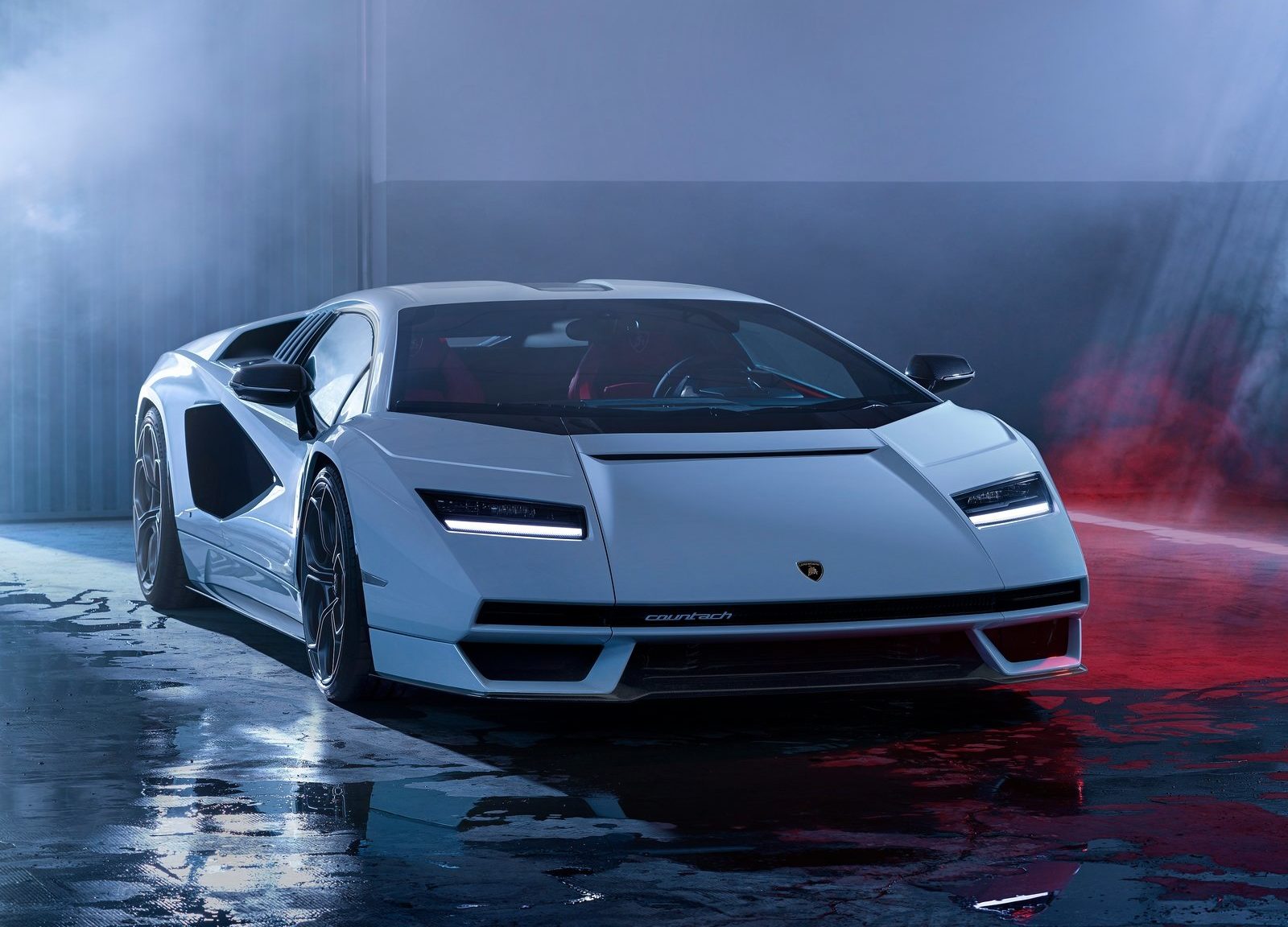 It seems like a mix between an Aventador and a Countach. Channelling their original spirits yet giving them a contemporary twist, they’ve integrated sizable intakes into the doors. However, the upper air intakes at the rear are actually smaller than the LP400’s high-mounted scoops. All body panels are crafted out of carbon fibre. I think the one design spec that doesn’t win me over is the headlight. I understand things have to be boxier than usual for Lamborghini with this one, but it could’ve been smoother. I was also hoping to see the original model’s pop-up headlights and massive wing. 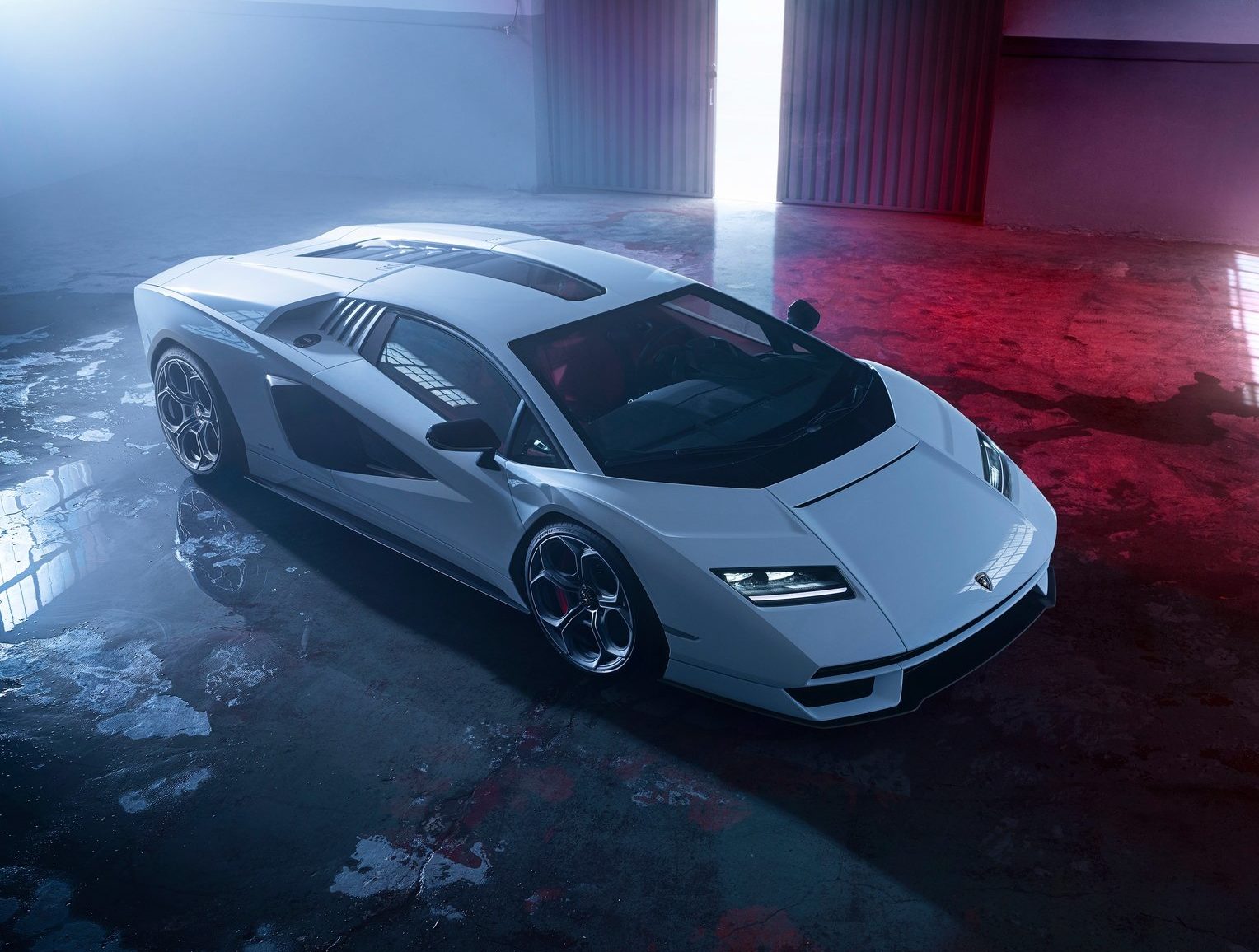 In the speed department, it’s nothing short of mechanical poetry. Taking after the Sián, its hybrid sibling, it gets a mid-mounted 6.5-litre V12 clubbed with a small electric motor powered by a supercapacitor. It’s capable of producing just North of 800-horsepower, allowing it to catapult from zero to 100 km/hour in 2.8 seconds and 200 km/hour in 8.6 seconds. 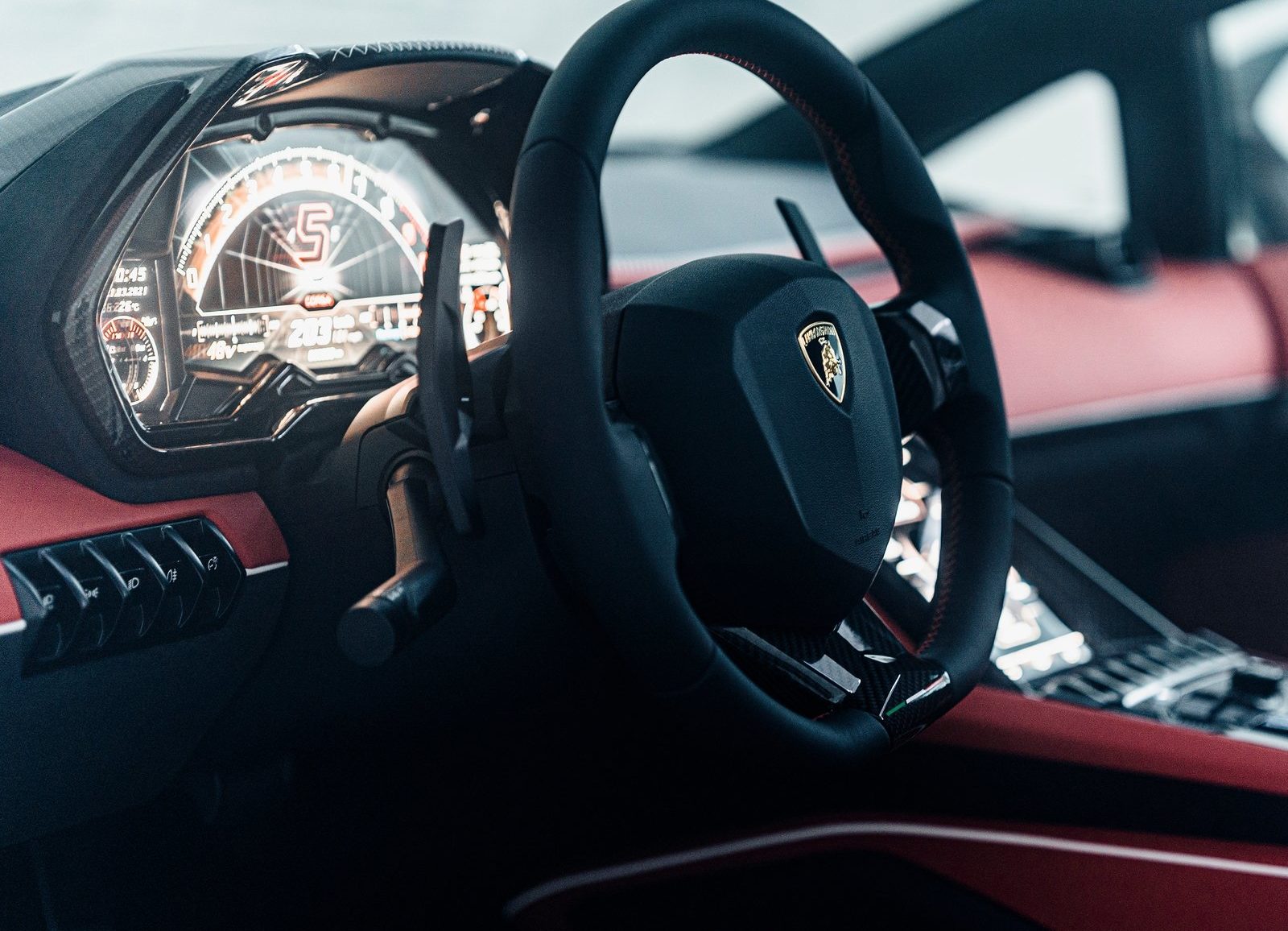 The new Lamborghini Countach’s interior is less retro and more fun. It features a special button called ‘Stile’, which upon pressing gives you a history lesson on Countach’s design philosophy. It also packs an 8.4 inch HDMI centre touchscreen that comes jacked-in with Connectivity and Apple CarPlay, the usual Lambo specs today. More so, the car has movable air vents produced by 3D printing technology and a photochromatic roof that can change from solid to transparent at the push of a button.

Limited to only 112,  the unusual number was chosen to correspond with the original car’s project name, LP112. If you’d like to drive the all-new Lamborghini Countach LPI 800-4 home, it would cost you roughly $2.6 million or Rs 20-25 crores.