Italian luxury automobile giant Maserati has partnered with Mattel, Inc.’s Barbie for a special-edition Grecale SUV. And it has a beautiful bright pink colour.

Barbie is widely hailed as America’s most famous doll and a cultural icon. And, toy cars are part of the Barbie world.

“Maserati and Barbie unleashed their creativity in a masterpiece of timeless design and bold character, inspired by the Barbiecore phenomenon,” the automaker said in a statement, referring to the popular Barbie-inspired trend that has gripped the world since the announcement of an upcoming Barbie film.

Expectations are high from the movie starring Margot Robbie as the titular character and Ryan Gosling as her boyfriend, Ken.

Made under the Warner Bros. banner and directed by Greta Gerwig, the film also stars Simu Liu as an alternate Ken. It is expected to be released in mid 2023.

The Barbie-themed Maserati Grecale SUV is a Trofeo version. It has a powerful 530-hp V6 Nettuno engine. The entire car is bathed in pink, with fine acid-yellow lines forming a pattern over it.

The interior of the car also bears Barbie motifs and the pink shade on its full-leather seats, dashboards, carpets and doors. The headrests bear the ‘B’ badge.

According to Maserati, an iridescent topcoat on the SUV’s exteriors creates a rainbow effect on a sunny day. The Barbie signature is visible on the front side of the car and a ‘B’ logo on the rear side.

The car has been designed under the auto company’s Fuoriserie customisation programme.

As per Maserati, the programme “allows car lovers to express their passion and creativity in the creation of their ultimate Italian luxury car, according to their singular style and taste.”

Gear
As part of the Folgore Plan, Maserati aims to go fully electric by 2030 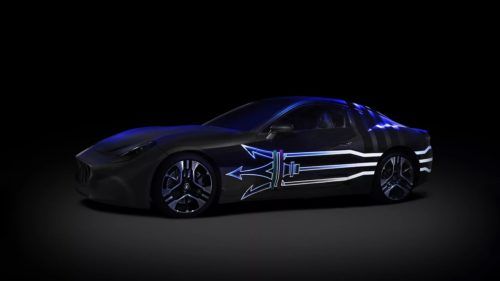 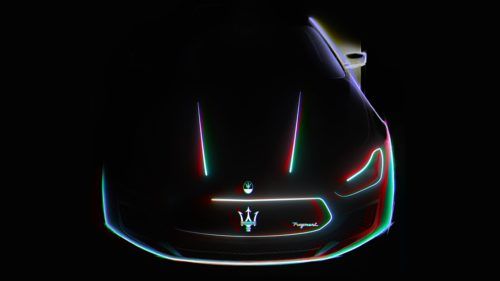 Only two custom units to be released globally

In a statement, the Italian luxury car brand said that there will only be two custom units globally.

One of these was unveiled on 25 October — one of the 2022 Neiman Marcus Fantasy Gifts presented at the luxury retailer’s holiday launch soirée in Los Angeles. The Neiman Marcus signature is also visible below the Barbie signature at the front side.

The company said that proceeds from the car’s auction will go to Barbie Dream Gap Project, the Barbie brand’s ongoing global charitable initiative for girls.

The second unit, Maserati said, will be announced in 2023.