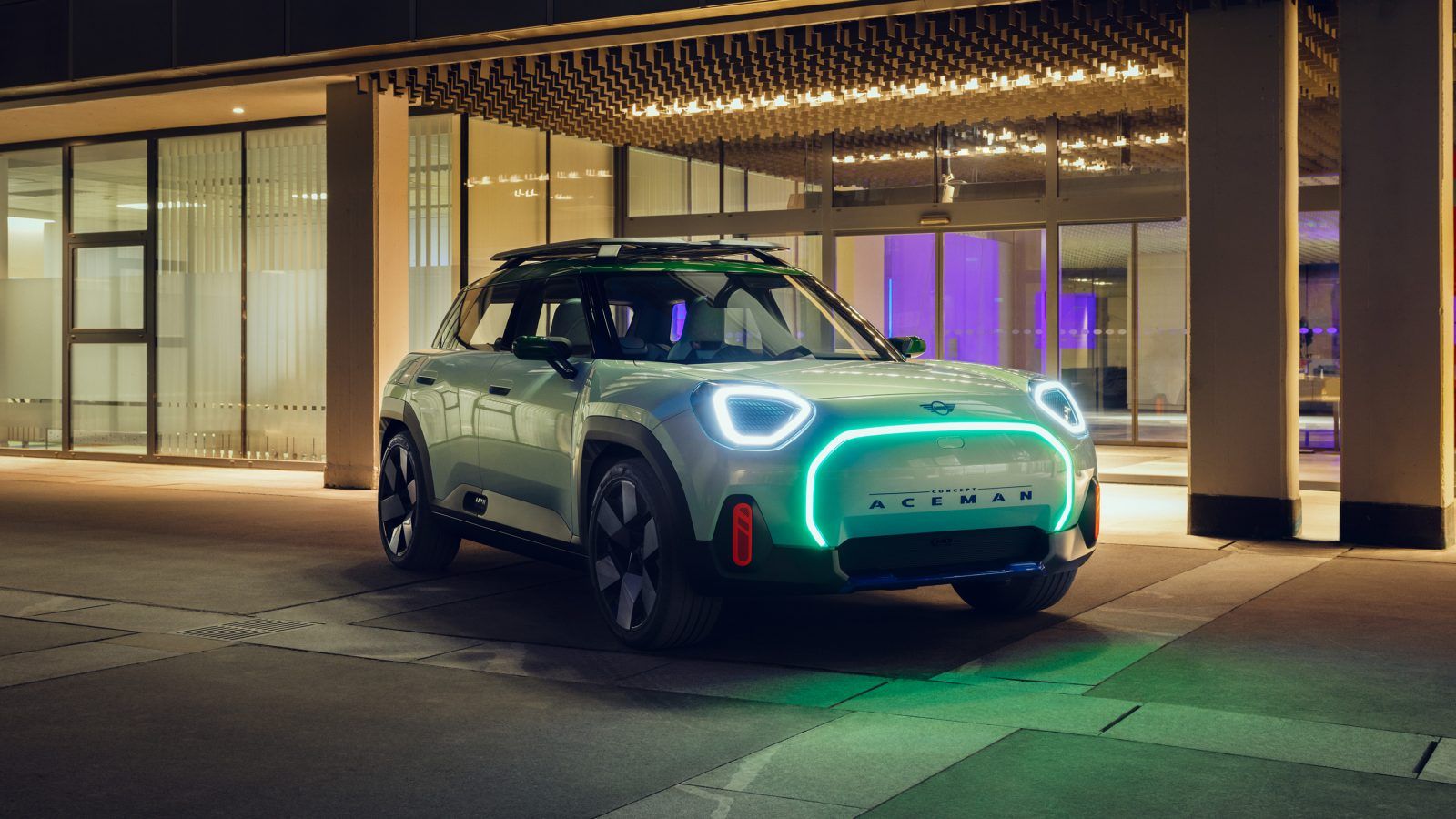 Mini debuts the Aceman EV concept, giving us a glimpse at their electric future, bridging the flagship hatch and Countryman. Here’s all about it.

Meet the Mini Aceman EV concept, Mini’s second car that’s built from the ground up as an all-electric and shows off the brand’s new creative design language for the future. Sure, we’ve seen a Mini with an electric badge before but not quite like this one, it boasts a specially designed new electric architecture.  This means, gone are the days when Mini forced-fit electric motors and batteries into spaces originally designed for internal combustion engines. We’re hinting at the Cooper SE here, which was a milestone yet fleetingly functional. Also, interestingly, this new electrical architecture and the car itself will be made not at BMW’s big ol’ German factory nor Mini’s English HQ, but in China by Great Wall Motors.

We got a preview of the new Mini Aceman EV in Dusseldorf and received confirmation that it will be in production by 2024. 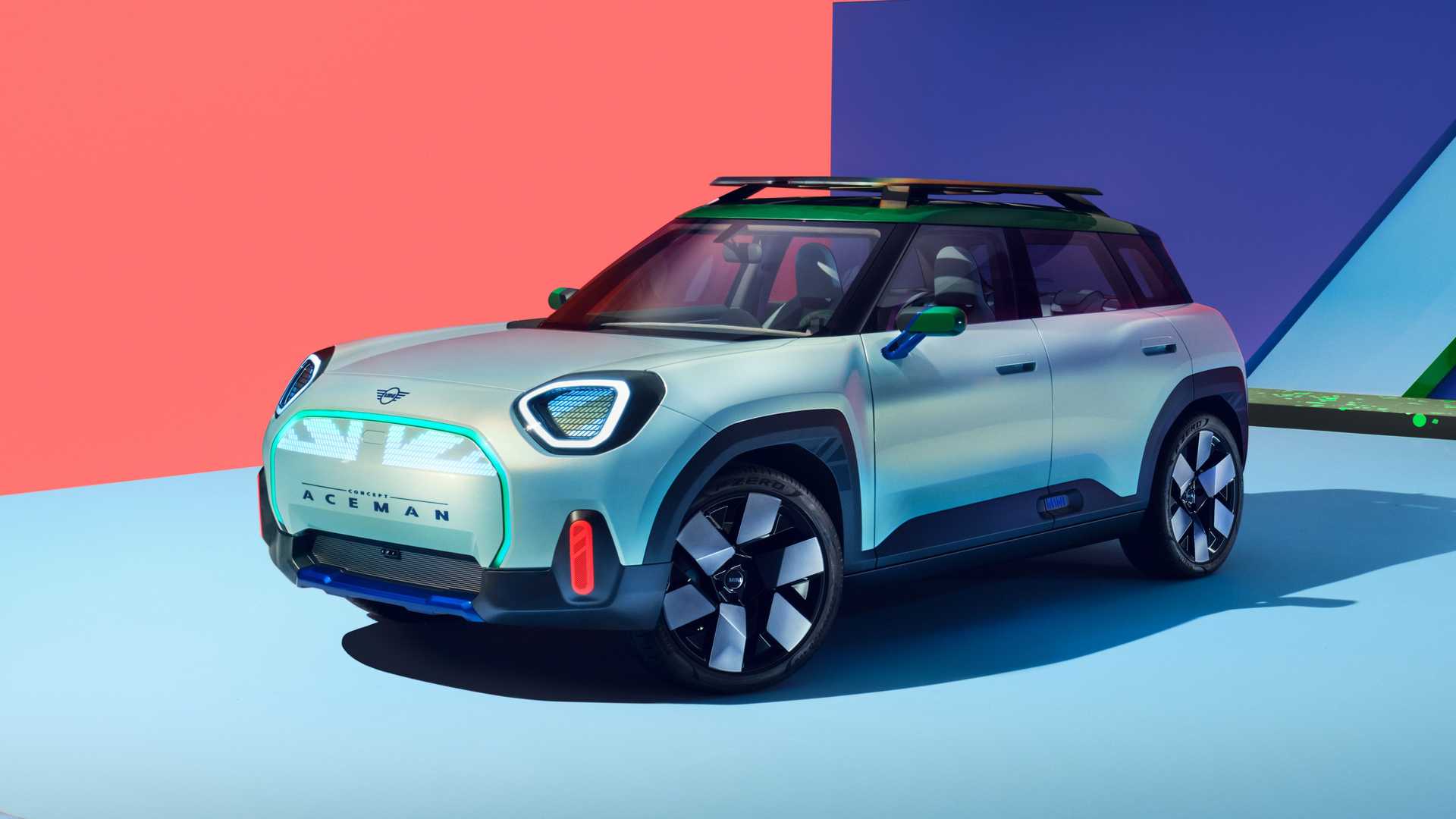 Stefanie Wurst, Head of Mini said “This concept car reflects how Mini is reinventing itself for its all-electric future and what the brand stands for: an electrified go-kart feel, an immersive digital experience and a strong focus on a minimal environmental footprint.”

In our opinion, Mini is evidently aiming to combine minimalism and sustainability with the Aceman. It boasts a two-box shape, promising sensibility and practicality. Also, the wheels are quite stretched out giving you more assertion when driving. To put this into perspective, it stretches 4.05 meters long, 1.99 meters wide which in comparison to the Countryman, is .26 meters shorter and .1 meter slimmer. 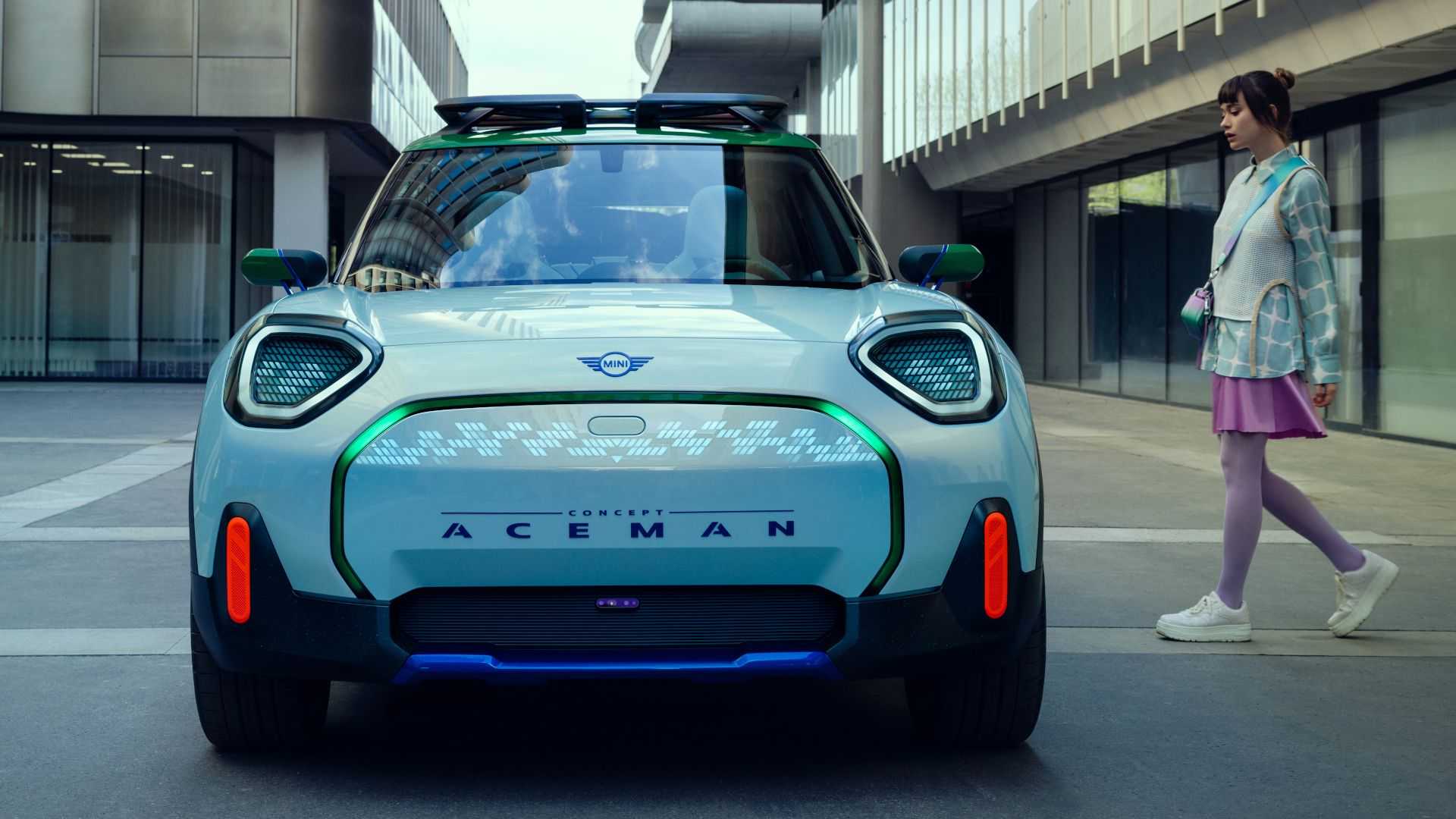 While Mini isn’t telling us much about the Aceman’s electrical details, it wants to keep its focus on the tech. On the outside, it’s draped in an Icy Sunglow Green with splashes of neon blue all around. The roof is a metallic British Racing Green. Up front, the Aceman simply refines the Cooper’s signature look. Also, since it’s an EV, it doesn’t need that big grille to cool up the English guzzler it once housed. Instead, we now see some lovely LED illumination. The Aceman rides on generous 20-inch wheels with spokes bending inward, creating a captivating visual effect. 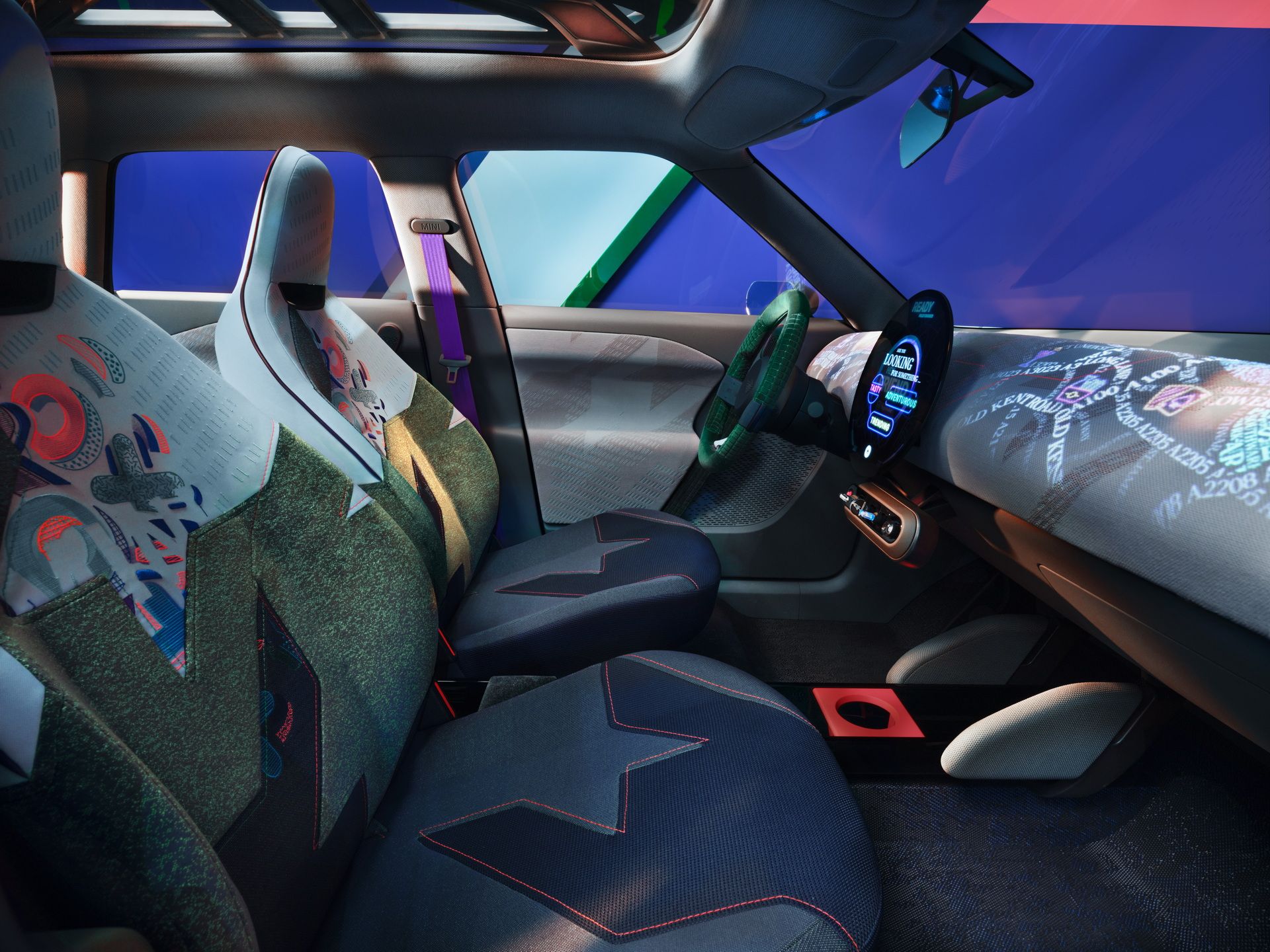 On the inside, we see this funky retro LED flavour too. Taking after the quintessential Mini, the circular infotainment system is also the designated control center now. Also, we see a set of switches underneath the monitor – Parking brake toggle, gear selector, drive mode, and audio volume knobs. Also, you now have projectors that allow information to be displayed beyond the screen and dashboard. It’s one neat trick in my opinion. In terms of interior fabrics, expect zero leather. You’ll only find knitted, recycled textiles and the steering wheel gets a green velour coat. 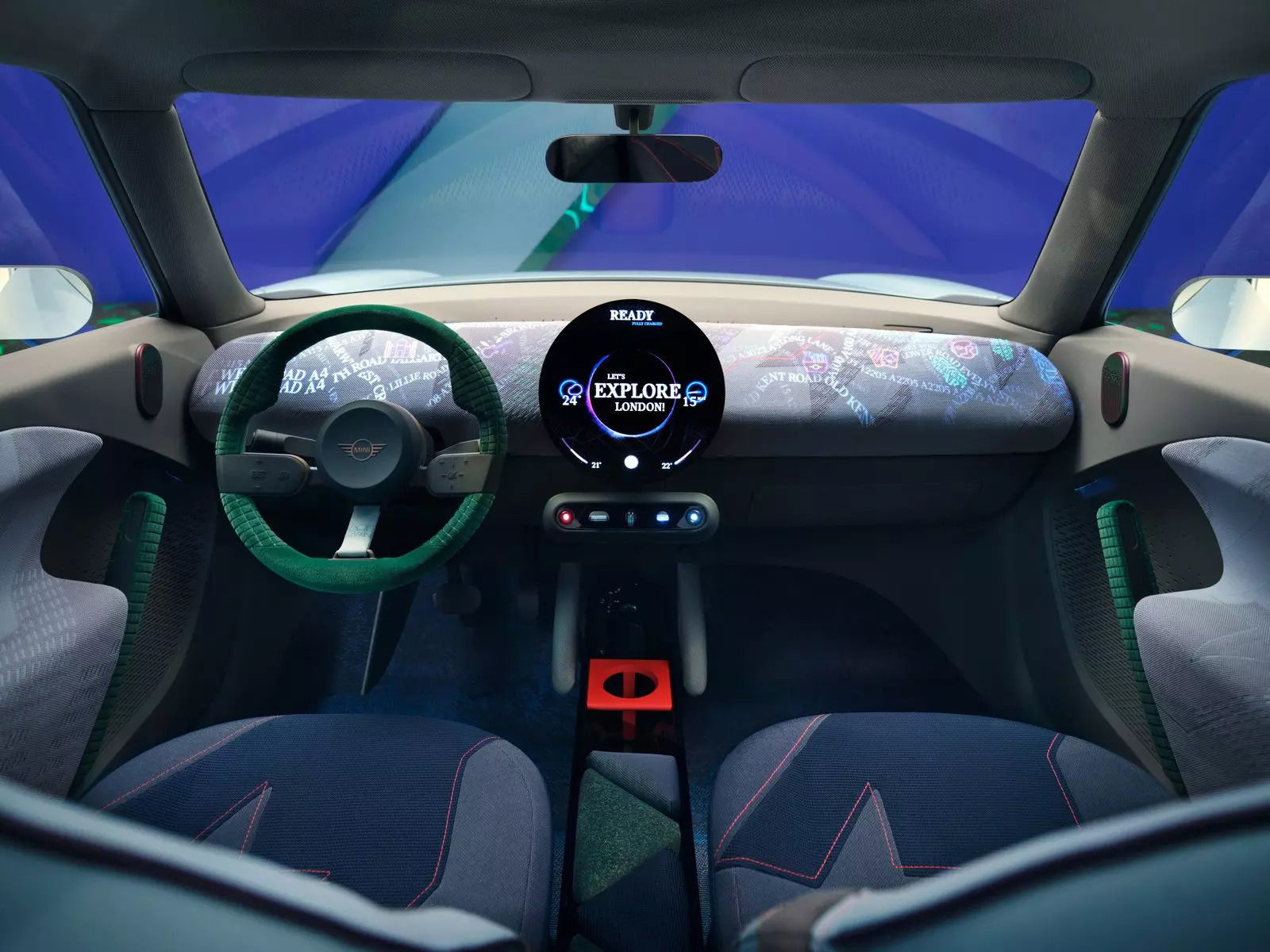 Also, another neat trick. Whenever the driver is approaching the Aceman, the exterior lights track them and the vehicle plays out an audio in sync with the person’s distance from the car. Also, the headlights blink and when you open the door, lights project to the floor.