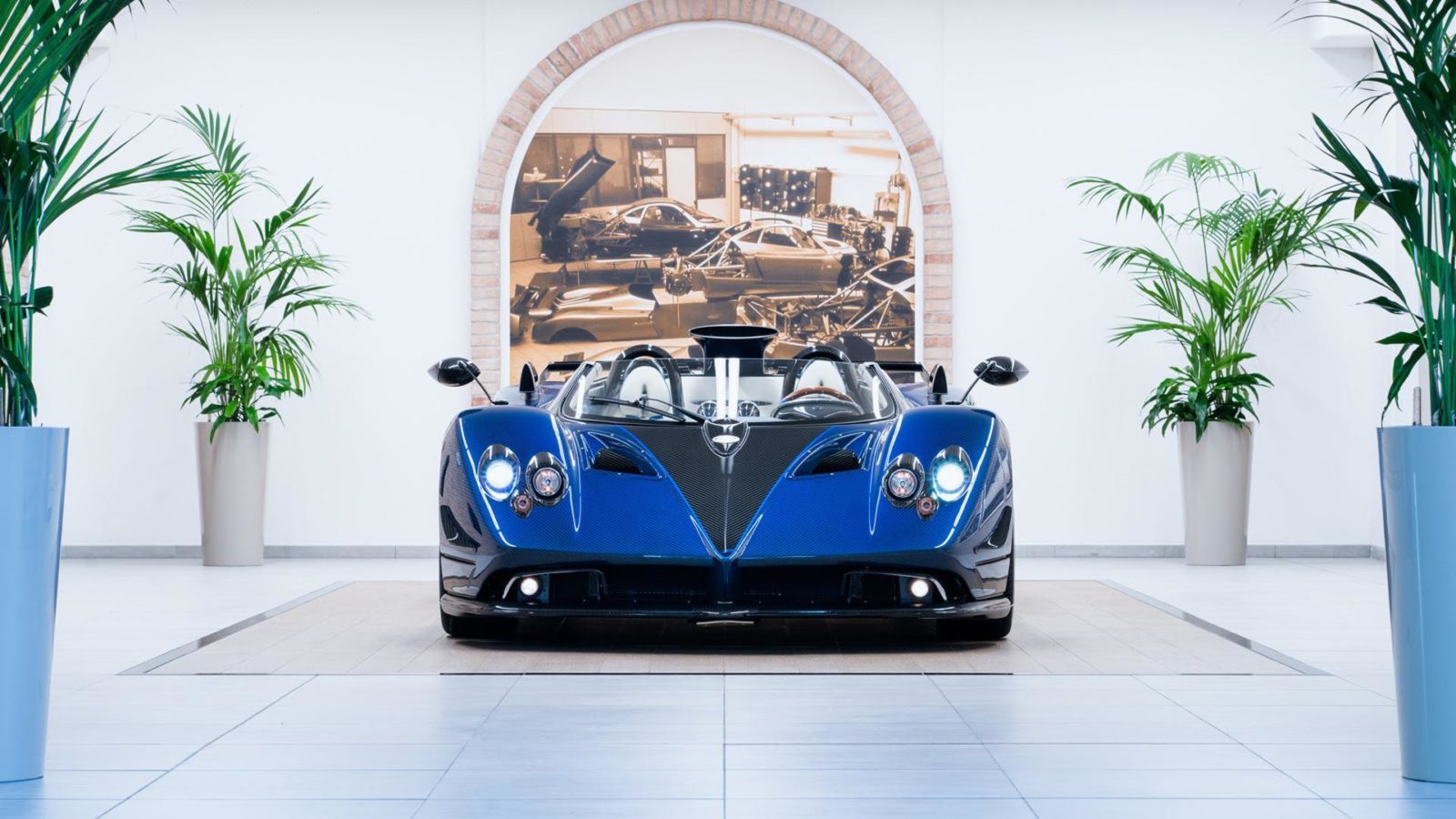 Six figures? Seven figures? Well, much more. These are the world’s most expensive cars right now.

Automobiles are truly limitless. The relentless race for speed and engineering brilliance began the moment we stepped into the four-wheeled genius. And we’ve simply been pushing its boundaries ever since. Designed as early tools of utility, this prowess through the generations turned them into luxury novelties. The faster, the grander and the lesser – this drove the bargain for automobiles higher and higher. Since the world of automobiles has always been limitless, we see mechanical marvels that fetch unimaginable prices.

We’ll be listing down some of the most expensive cars in modern-day history. These aren’t necessarily the highest-priced, but they’re the ones that made a mark. Quite literally, an F1 car for the road. You can tell the mission behind its design at first glance itself. Powering this elegant speedster is a 1.6-litre turbocharged 90-degree V6 engine borrowed from the F1 division. It’s capable of churning out 475–775 kW and 637–1,039-horsepower using its hybrid drivetrain. There’s no glamour here, just raw speed. 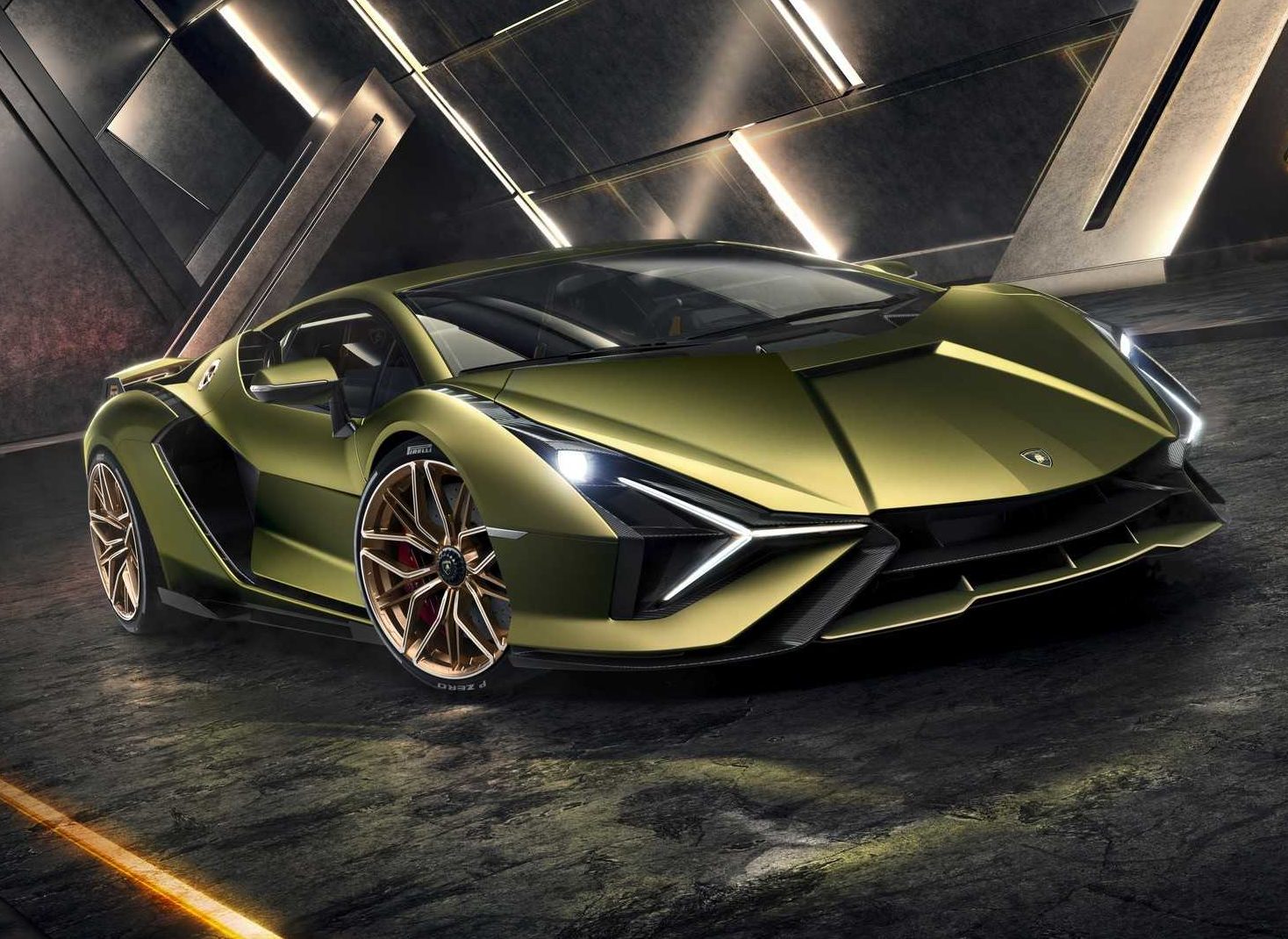 I still remember reading about the Sian at its launch and thought to myself “This is the most Lamborghini approach to hybrid cars”, I’ll tell you why. When we say ‘hybrid’ you might think a decent emphasis on the electric section right? Well, Lamborghini wasn’t willing to make any compromise when it comes to the loud petrol engine growl, but at the same time, it needed a hybrid. So they fitted an electric motor that will be in action up to speeds of 80-mph and then switches to the 785-horsepowered guzzler. Very typical. 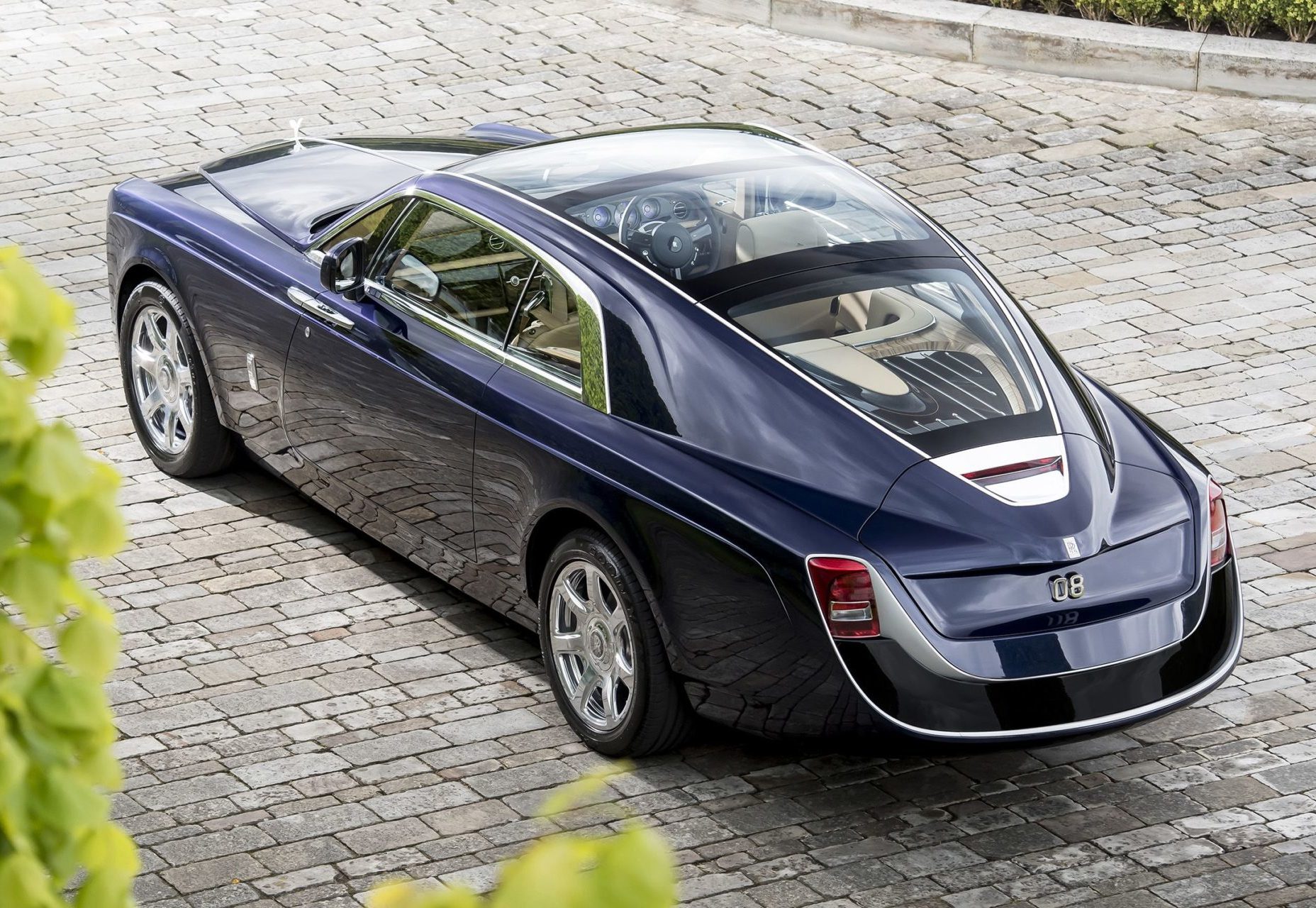 Until 2019’s Bugatti La Voiture Noir, this RR held the crown of the most expensive cars. Why you ask? The Sweptail was a beacon of bespoke luxury motoring. Every square centimetre of this luxury cruiser is customizable and in pure Sussex opulence. This too was a bespoke project and is a one-of-one. We’re totally loving the sunroof that goes all the way back like that. We’ve actually been seeing some pretty expensive rides from AM off late. However, the DBZ Centenary edition is different. Why? you ask, well, because it comes as a pair. Also because it’s the most expensive AM car ever at six million pounds. This is honestly one of the most unique and beautiful pairings in automobile history. This 6-mil combo pack comprises a DBS GT Zagato which takes inspiration from the original 1960 DB4 GT Zagato and a  DBS Superleggera. We know that when it comes to life in the Middle East, the word ‘extravagant’ itself, can’t do it justice sometimes. Here’s a four-wheeled example of that. The Lykan Hypersport, one of the most obscure cars on Earth was produced by W Motors, A UAE based company. Apart from the price factor, there are two reasons why it’s famous – First, for featuring in the Fast & Furious franchise and second, being a part of the Abu Dhabi police car fleet. 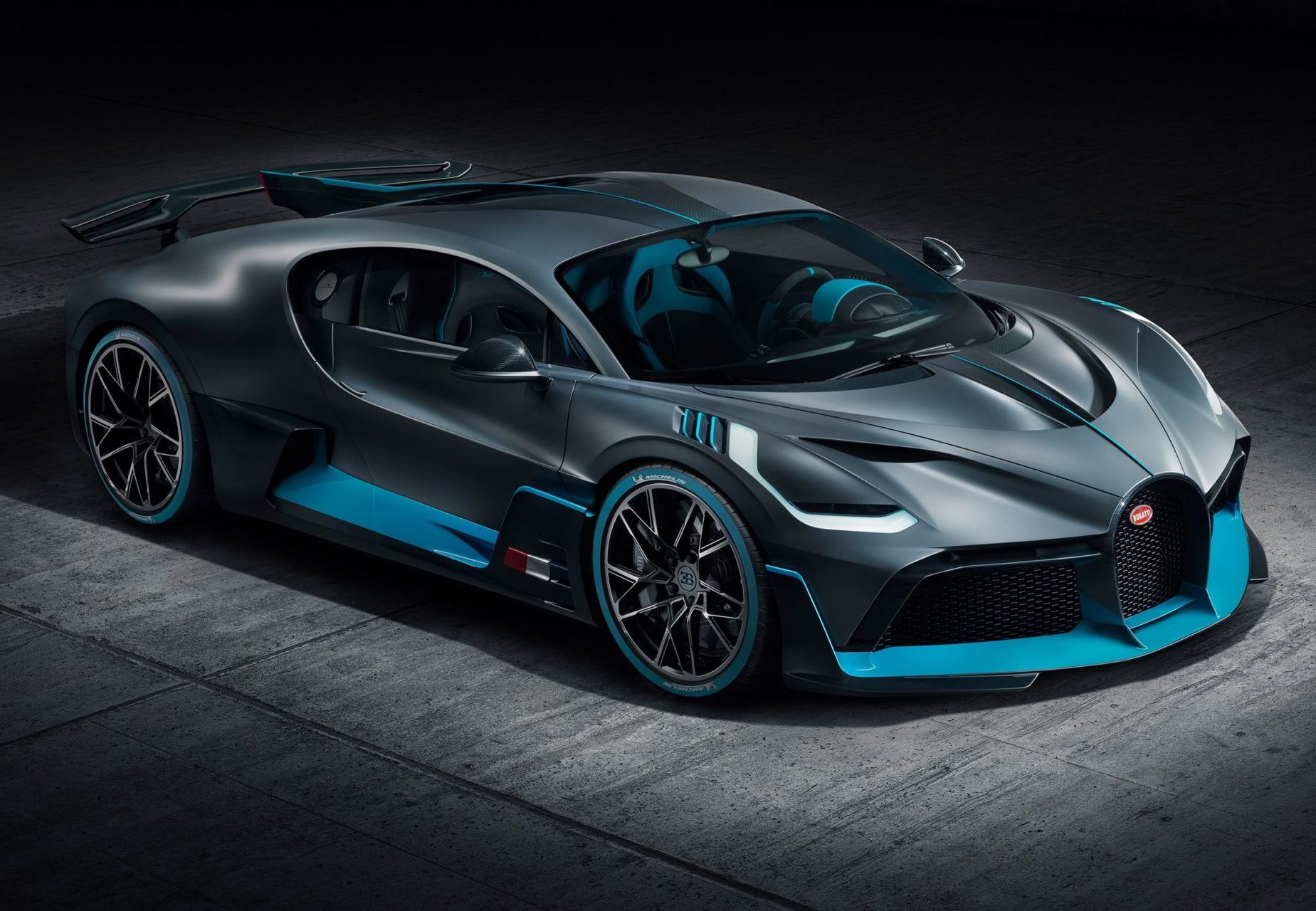 Behold, the Divo, a hypercar in every sense of the word. It’s an obscenely fast, track-focused Bugatti and we could say a slightly toned-down version of the Chiron. The Divo’s top speed is down from the Chiron’s 261-mph to a cool 236-mph all thanks to the eight-litre quad-turbo W16 engine. Its design is wildly futuristic and other-worldly. It’s also limited to just 40. This here is undoubtedly one of the most expensive cars from Lamborghini to ever exist. This was the brand’s 50th birthday gift to the world as introduced at the 2013 Geneva Motor Show. The Veneno is actually Lamborghini’s interpretation of an extreme racing prototype built for the road. The front of the car is designed for maximum airflow and improved downforce. Its 6.5-litre V12 can produce 750 PS (552-kW; 740-horsepower) at 8,400-rpm and churning out 690-Nm of torque. 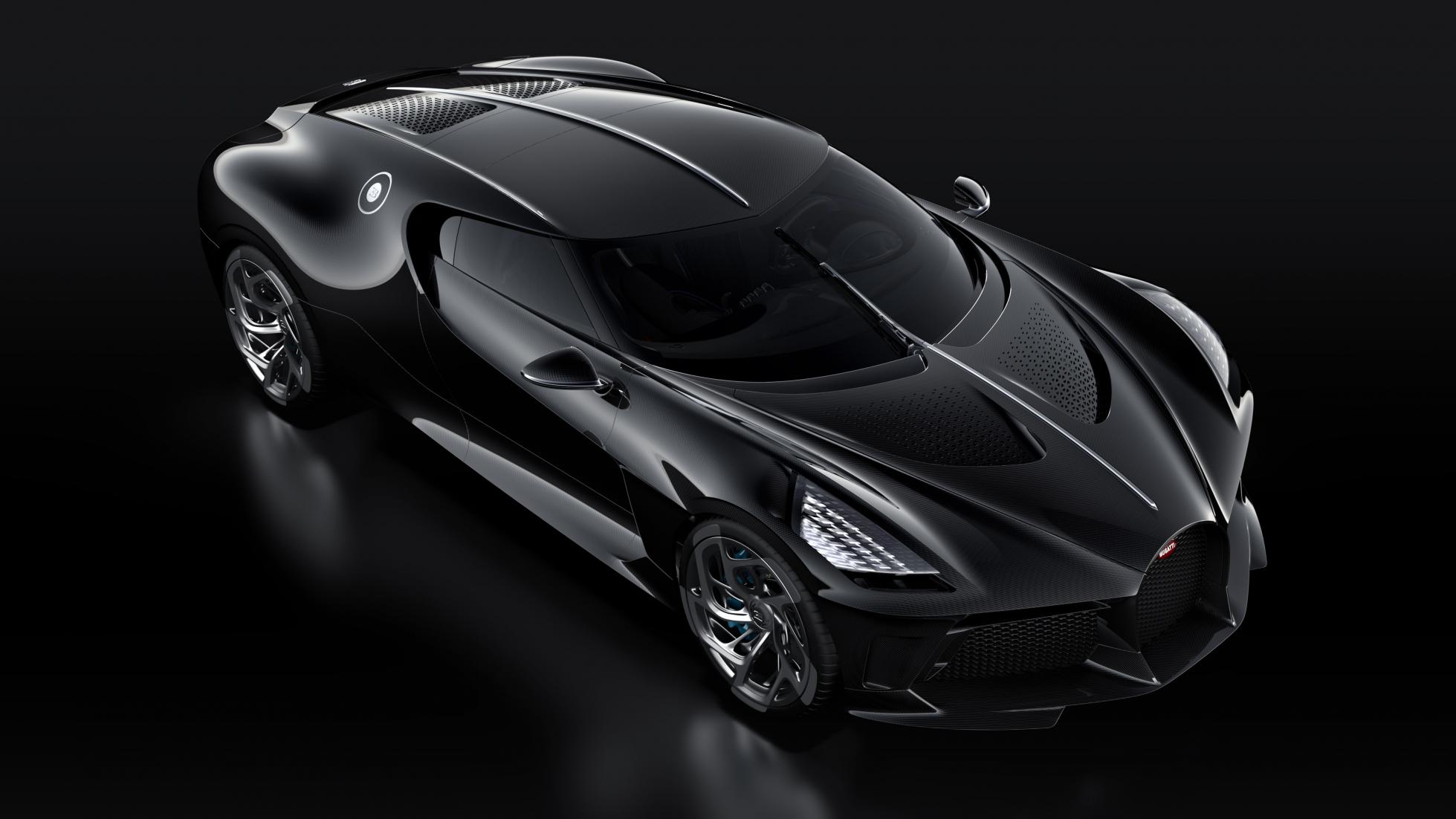 This here is the holy grail, the pinnacle of automobile extravagance and an icon for the future. The Bugatti La Voiture Noir was unveiled in 2019 and broke the internet with its price tag of 18 million US dollars. It actually had a base price of 12 millies but it bumped up the extra six after-tax or so. Its body is made out of carbon fibre, it’s what they use on space shuttles. The La Voiture Noir is also an ode to the Type 57 SC Atlantic, a Bugatti icon lost between the Great Wars. Interestingly, this would’ve been the world’s most expensive car but it was a custom. The Pagani Zonda HP Barchetta is a truly special automobile. This is because it carries the initials of its creator, Horacio Pagani in its name as it was specially built for him. This bespoke masterpiece was the showstopper at Pebble Beach, California in August 2017. This Zonda’s roofless design is absolutely bonkers as it has no option for an attachable or convertible soft or hard-top. In charge of the speed department is a 7.3-litre Mercedes-AMG M120 V12 engine. Limited to just 10 builds, the Bugatti Centodieci is a very special one-off that marks the brand’s 110th anniversary. Based on the Chiron, it harbours its glorious 8.0-litre W16 that’s capable of delivering 1,577-horsepower and an electronically limited top speed of 236-mph. Also, 0-62-mph is achieved in just 2.4 seconds and 0-186-mph in 13.1 seconds. In terms of design, the front fender and headlight are a contemporary take on the EB 110’s headlight ducts.

Disclaimer: Some listed prices are approximate, estimated and subject to change.