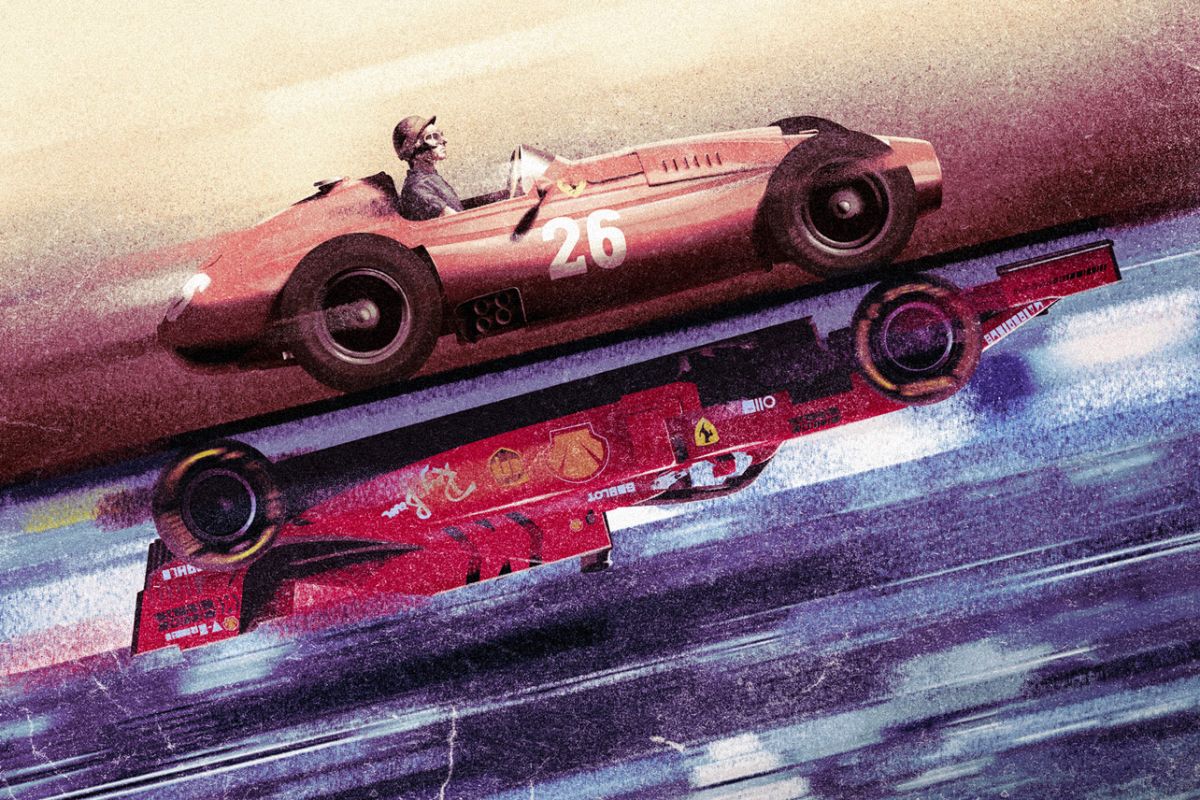 Life may be slow at this point, but that shouldn’t discourage you from embracing life in the fast lane. Check out these Netflix car shows to pump the fast-lane life in you.

Contrary to popular belief, ‘Tiger King‘ isn’t the only Netflix show that’s capable of taking you on a wild ride today.

Your life of speed might’ve been put to a screeching halt now that going out for pleasure is no longer an option, but die-hards will tell you that the only thing better than driving is watching other people drive.

On that note, we’ve scoured Netflix’s immense archives to suss out the greasiest high-octane thrills on the telly to tide you through these homebound times. If you’re still reeling from news of the Formula 1 race cancellations this year, the streaming site has not only an insightful recap on the very dramatic 2019 season, but also spotlights legendary drivers of the past.

All the motoring enthusiasts and car geeks, dive deep into the exotic world of hypercars, watch CEOs moonlight as endurance race car drivers, and see Jerry Seinfeld pick up celebrities for coffee runs in rare vintage rides with the best Netflix car shows to binge while in self-isolation. 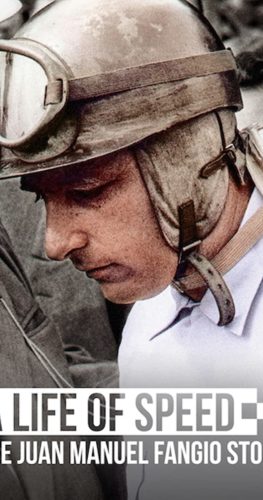 1
A Life of Speed: The Juan Manuel Fangio Story

The world might know Lewis Hamilton or Michael Schumacher for being definitive F1 legends today but way before they even took the stage there was Juan Manuel Fangio, an Argentinian driver who has been heralded the greatest F1 driver there ever was.

This documentary follows his domination of the European F1 circuit back in the 1950s, where he worked his way up from being a mechanic to co-driver, before earning his place as a full-fledged driver. F1 fanatics would be pleased to know that Fangio’s story is heavily entwined with the history and evolution of F1, and how he greatly influenced the rules and safety implementations today. Expect plenty of technical details of racing back then and a bevvy of archival footage you wouldn’t otherwise come across. 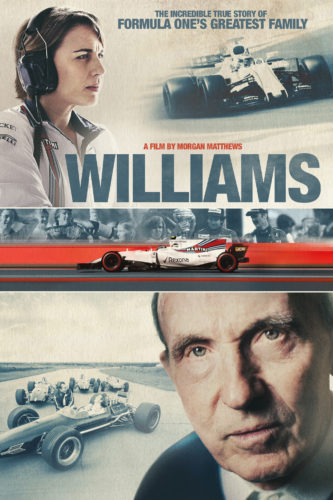 Williams might’ve had a rough run the past couple of years on the F1 circuit but this might just change your impression of the struggling badge.

The British sports documentary follows the birth of Sir Frank William’s renowned racing empire, from which he built with funds as a travelling grocery salesman. This extraordinary tale of resilience is flanked by family drama, race politics, and Williams’ tragic accident in 1986, which has rendered him wheelchair-bound ever since.

3
Apex: The Story of the Hypercar

Hypercars might’ve been exalted for their rare and unobtainable nature but many don’t see them beyond their exoticism to understand how influenced our lives are by them.

Apex counts some of the industry’s most prominent voices — think Chris Harris, Horacio Pagani, and Christian von Koenigsegg — to shed light on these wild machines. It also follows the conceptualisation and production of hypercars like the Koenigsegg One:1 and Bugatti Veyron, while highlighting the industry’s paradigm shift towards balancing over-the-top performance with energy conservation. 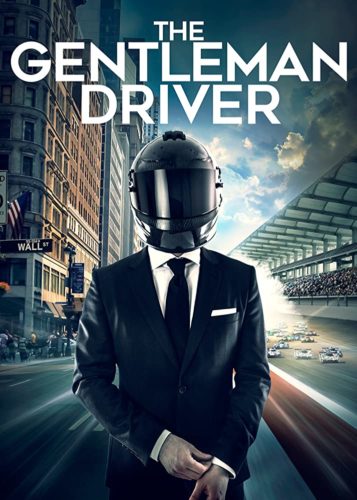 Endurance car racing might not enjoy the prestige that other races like Formula 1 have, but those who follow the sport will know just how unpredictable — and therefore, thrilling — it can be. This excitement is thanks in part to the rules which dictate that there has to be an amateur driver in every team. Also known as the “gentleman driver”, these exceedingly rich businessmen who moonlight as race drivers are an integral part of the team not only for their entertainment value but for funding the teams.

This documentary follows four of these formidable CEOs — including Ed Brown of Patron Spirits and Canadian real estate tycoon Paul Dalla Lana — as they try to balance their busy work schedules with racing and keeping fit despite being much older than the rest of the drivers. The gripping and high-octane series returns yet again, this time documenting the highs and lows of 2019’s Formula 1 season over 10 episodes. Besides a juicy season of broken alliances and renewed rivalries, the show also goes behind the scenes with the owners, team principals, and drivers to showcase an alternative perspective on their lives, both on and off the track.

It’s also the first time all 10 teams — including Scuderia Ferrari and Mercedes AMG Petronas Formula1 — have given Netflix insider access, so expect an unadulterated showcase of this multi-billion-dollar business and the tension and glamour that come with it. 6
Comedians in Cars Getting Coffee

Those seeking a light-hearted watch but still want to ogle at exotic cars will appreciate Jerry Seinfeld’s roving talk show. Seinfeld, who’s an automobile enthusiast and car collector himself, leads 11 seasons worth of caffeine-fuelled adventures with the sharpest minds in comedy, and each episode features either vintage cars like the 1955 Mercedes-Benz 300 SL Gullwing or modern ones such as the Acura NSX and Lamborghini Huracán Performante.

Some of his best guests include Ricky Gervais, Barack Obama, and Ellen DeGeneres, so you’re in for a treat if you’re looking for an easy binge.

The colourful crew at Gotham Garage continue to get their hands greasy in the second season with eight new episodes under their belt, each an insight into the business of custom building.

Here, the ragtag gang of mechanics refurbish junkyard-destined cars into sleek six-figure worthy rides, of which they either flip for another car or sell to discerning collectors. This innovative concept is a genuine look inside the world of custom cars and showcases the team’s attention to detail in blending old-world design with modern-day technology.

Watch it here
Motoring Netflix COVID-19 Car shows
Lifestyle Asia
Here's where you can read the latest news and stories from Lifestyle Asia, curated from all of our editions in Hong Kong, Singapore, Kuala Lumpur, Bangkok, India and Paris.
Luxury

Your Money
The two most popular mutual fund types, what do they mean?
Culture
Weekend watch: Don’t miss these hidden gems on SonyLiv
Beauty & Grooming
Chanel’s new SS20 Collection Desert Dream comes in wearable colours and rich hues
Gear
Captain America arrives in Fortnite to celebrate 4th of July, Thor to follow?
Style
Antar Agni’s latest initiative is all about restoring love into your old clothes
Style
Hollywood stylists who are changing the red carpet game
Food & Drink
What is intermittent fasting and what to actually eat while intermittent fasting
Culture
Saroj Khan: 10 iconic Bollywood dances to remember her legacy
Style
Christian Knoop of IWC on resurrecting a classic and crafting a future icon
Sign up for our newsletters to have the latest stories delivered straight to your inbox every week.