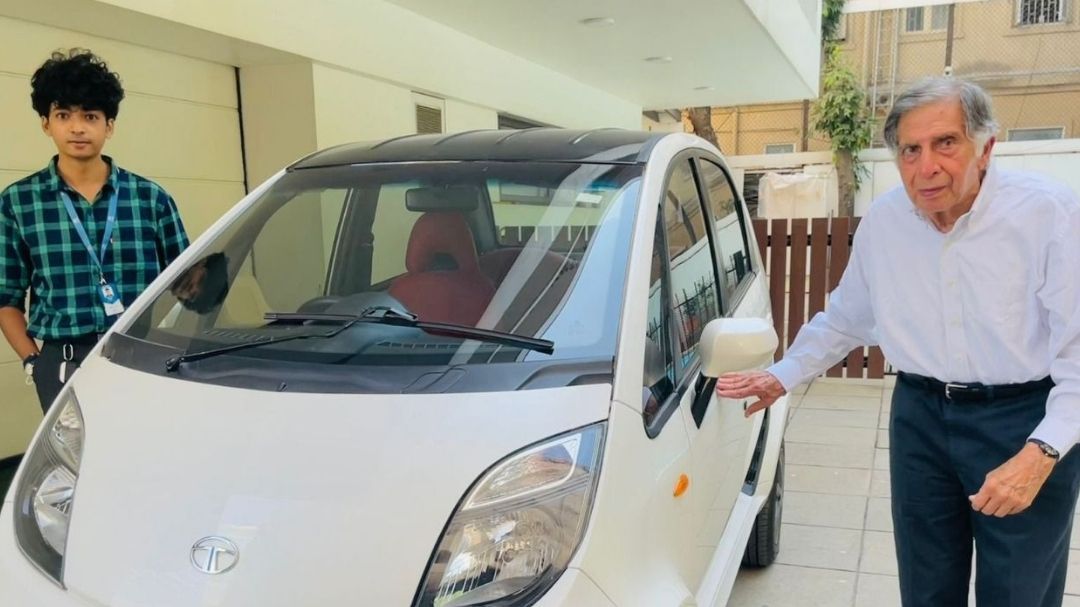 Whenever Ratan Tata strikes a pose with his assistant Shantanu Naidu, everyone takes note. The legendary industrialist test drove his custom-built 72V Nano EV recently, leaving his legion of fans in absolute awe of him.

Electric vehicles are the future and Mr Tata’s company Electrodrive Powertrain Solutions Pvt. Ltd. is working towards accelerating the future of electric mobility in India.

The company, also known as Electra EV, took to its official LinkedIn account to share a picture of Mr Tata and his assistant posing with the brand new electric vehicle. “It is a moment of truth for Team Electra EV when our Founder takes a ride in the custom-built 72V Nano EV, powered by the engineering might of Electra EV’s powertrain,” the company wrote. It added that the Electra EV was super proud to deliver Mr Tata’s Nano EV and was looking forward to gaining insights from his invaluable feedback.

A brainchild of Mr Tata, Electra EV provides affordable EV powertrain solutions and services to tier-1 suppliers, original equipment manufacturers, and orchestrators. The company claims that over 25 percent of India’s total electric cars were powered by an Electra EV powertrain in the last financial year FY20.

According to a report published in Business Today, the 72V architecture of Mr Tata’s custom-built Nano EV offers a higher range than that of its Tigor EV model. While Tata’s original Nano may not have been very successful, the Tata Nano EV looks promising. It is said to have a predicted range of up to 160km. The car can achieve an acceleration of 0-60km in less than 10 seconds. The four-seater runs on lithium-ion batteries made from super polymer.

Professionals on LinkedIn are calling it the “return of Nano”. They were overjoyed to see Mr Tata with his beloved Nano, one of his most ambitious projects, that failed to make a mark with its original version. Mr Tata’s blue-eyed boy Shantanu Naidu also commented on the post by Electra EV. “It glided more than it drove…good job,” the bright assistant wrote.

Some existing users of the original Nano were also curious to know if the company would be able to convert their car into an EV like the one test-driven by Mr Tata. Auto enthusiasts and environmentalists are confident that the car will be a runaway success as soon as it is launched.