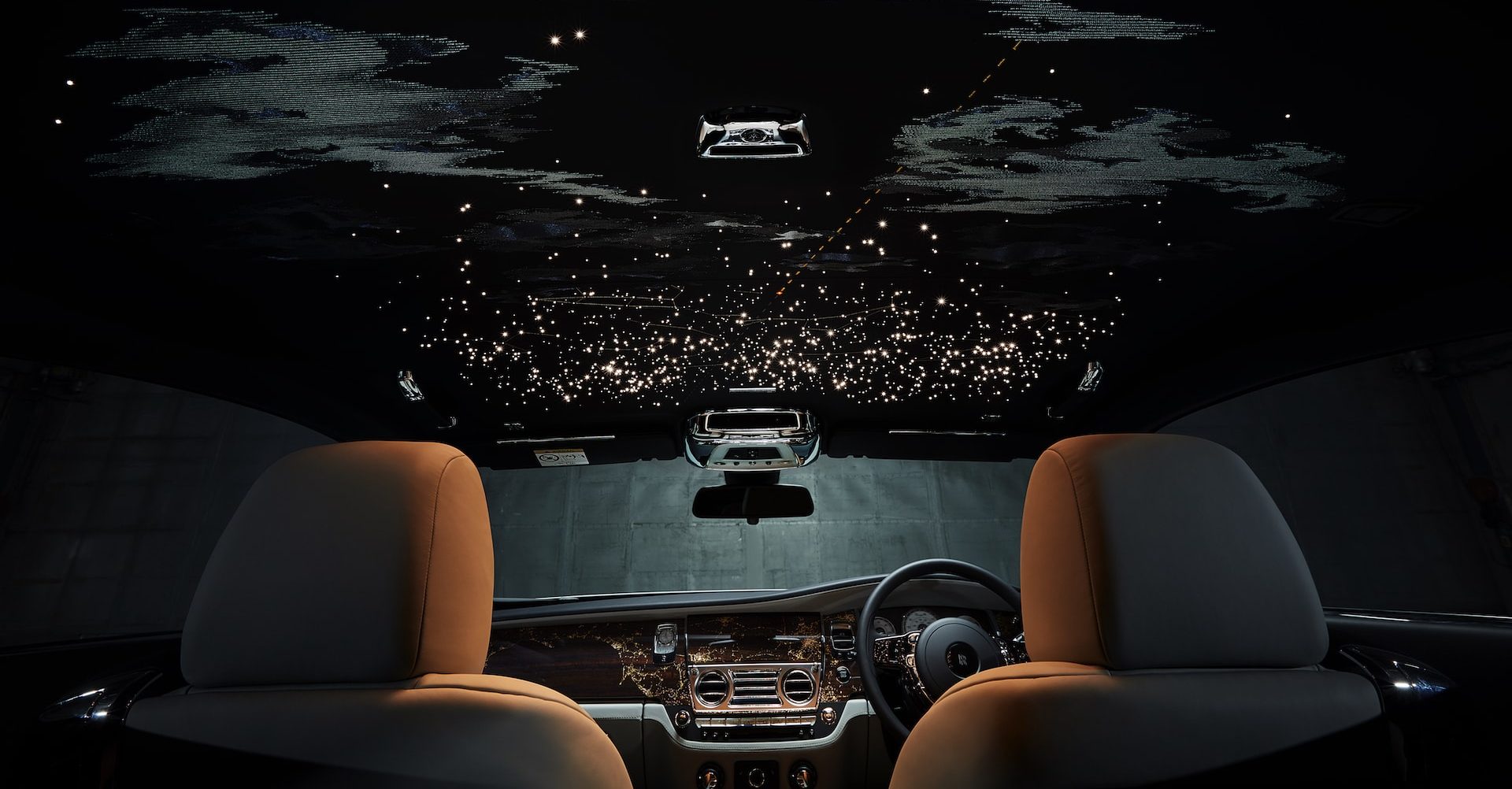 As a major stride in modern aviation, the world witnessed the first non-stop trans-Atlantic flight in June 1919. Piloting this triumph were British aviators Captain John Alcock and Lieutenant Arthur Brown, who took off from Newfoundland, Canada, and touched ground 16 hours later in Clifden, Ireland. It might seem strange that a British luxury marque like Rolls Royce is celebrating this milestone but there’s a strong reason for it – the Eagle VIII engine that powered the Vickers Vimy airplane was a vintage Rolls Royce build. Today, at Lake Como, Rolls Royce celebrated the centenary of this triumphant achievement with the unveiling of a super-exclusive Wraith Eagle VIII Edition, which takes its name from the original engine.

Though the new Wraith Eagle VIII has been draped in Rolls Royce’s opulent treatment, it retains a handful of visual cues from vintage aviation silhouettes. There is the two-tone light and dark grey paint scheme, separated by a brass feature line, used because it was a night flight. Then there are the ‘Translucent shadow’ wheels, and the black X-pattern grille vanes, which are a reference to the engine cowling of the aircraft.

While the interior is elegantly done in grey and black leather with brass accents, it’s the detailing that’s key. The eucalyptus wood dashboard features gold, silver, and copper inlays depicting a satellite perspective of the earth at night. The vintage clock mounted on the dashboard even receives an iced background effect – glowing green at night – a nod to the plane’s frozen-over instruments and the green glow from the control panel.

Though this luxury chariot is all about the glamour and extravagance, the engine powering is in a league of its own as well. While the Rolls-Royce Eagle VIII engine was powered by two 20.3-liter 350-bhp guzzlers, the new special edition comes with a Wraith staple 6.6-liter V12 engine that produces 624-hp. Our favourite detail of this car is the sky-roof, depicting a luxurious and elegant star-studded silhouette, something seen in the Phantom and Dawn.

A tiny plaque has been installed on the driver’s door containing a quote from Sir Winston Churchill on the historic flight: “I do not know what we should most admire – their audacity, determination, skill, science, their aeroplane, their Rolls-Royce engines, or their good fortune.” God and Churchill are in the details here.

The Rolls Royce Wraith Eagle VIII is limited to just 50 builds and will be available globally. No official pricing has been specified yet, but we’d expect quite a bit of a hike from the standard Wraith’s Rs 6.62 cr price tag.

Gear
More than suicide doors & mini fridges: This is how Rolls Royce Ghost 2020 will be