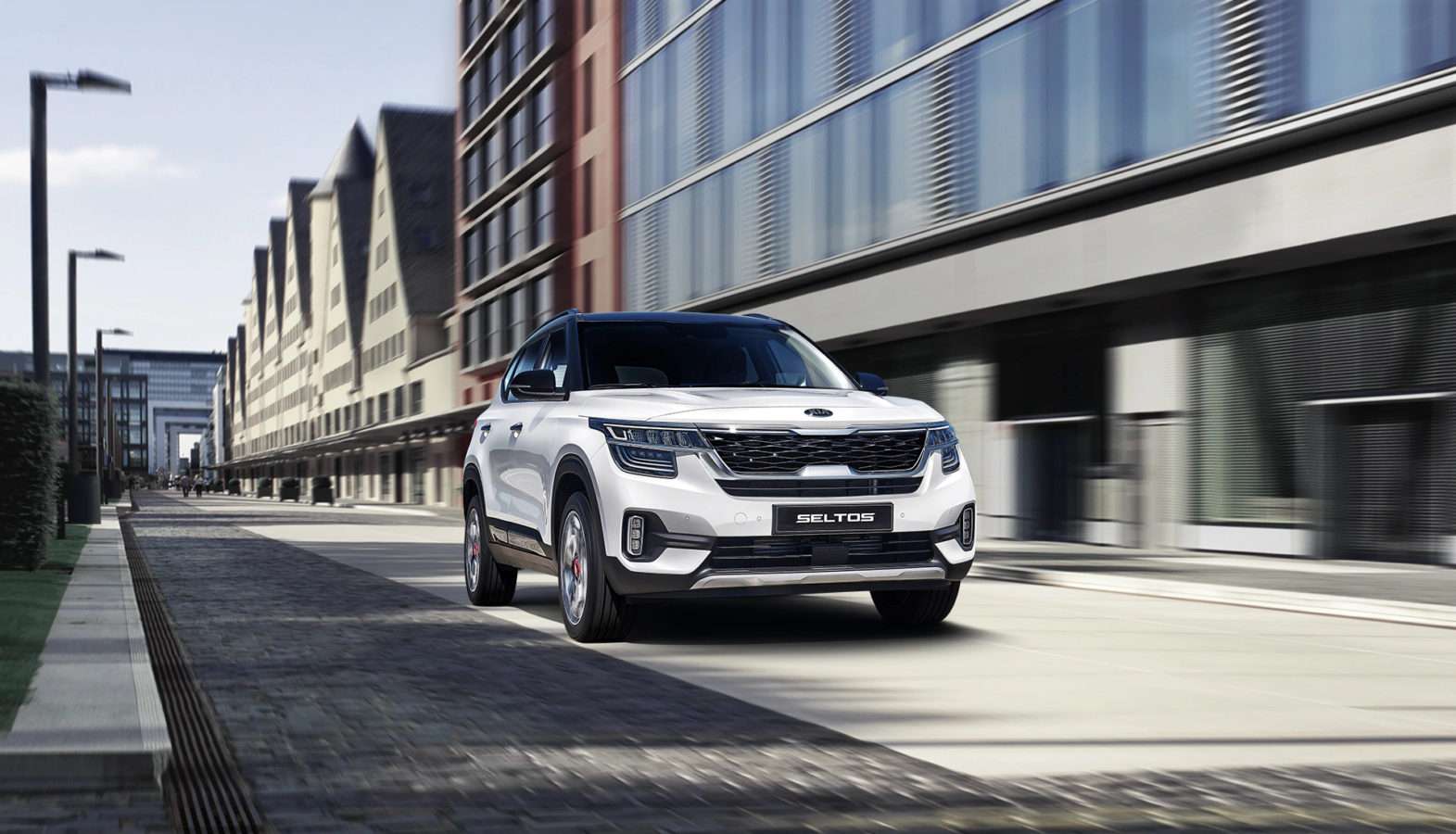 The month of July was all about ‘big wheels’. If you’re looking for a jumbo chariot, these are the best SUVs in India you need to bookmark.

India’s premium SUV segment is currently at the centre of its automotive industry. While some have a taste for sub-compact rides, others opt for over-sized luxury vehicles. Nevertheless, the Sports-Utility-Vehicle space in India has some serious competition, as every automotive giant have their chips on this table.

If you’re looking for a new set of big wheels, you may have more options now than ever before. As July was packed with some mega SUV launches in both, the luxury and budget genres, these are the best SUVs in India you need to keep an eye out for. 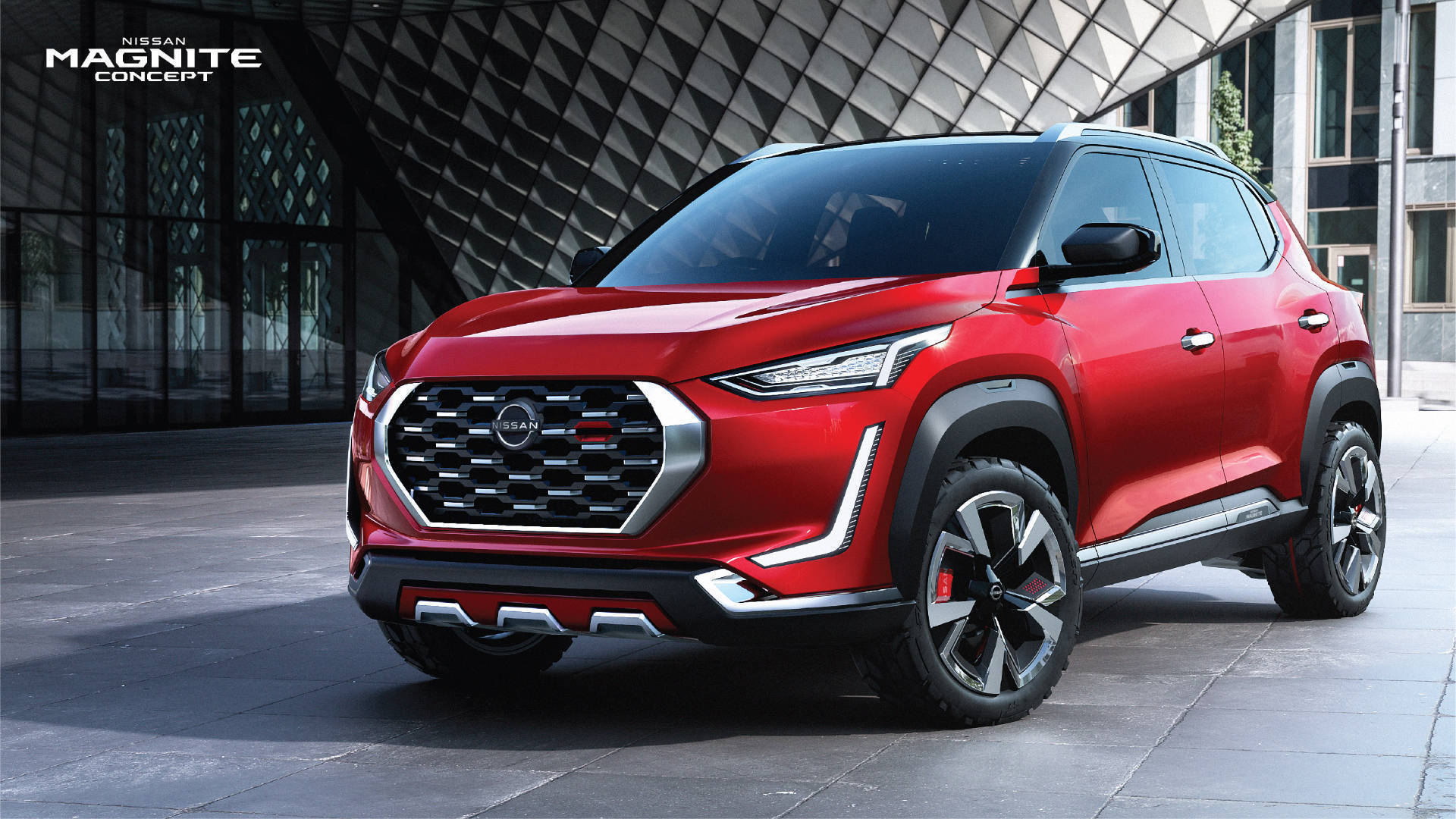 As a portmanteau of the words “magnetic” and “ignite”, this B-SUV concept is said to mark a new era of Japanese motoring in the country. ‘Magnetic’ highlights Nissan’s global design appeal and ‘Ignite’ emphasizes on the spark of a new era. The car will be an entry-level variant for the brand, it certainly hits the right mark, both in philosophy and design.

The Japs did state that the Magnite is built upon the ‘Made in India’ philosophy, prompting a production cue there. If the inside is as impressive as the exterior, we can certainly look at a feature-rich cabin for the Nissan Magnite, which could give it a serious edge over its competition. The Nissan Magnite will be arriving in India in the second half of FY 2020-21 as an entry-level SUV. 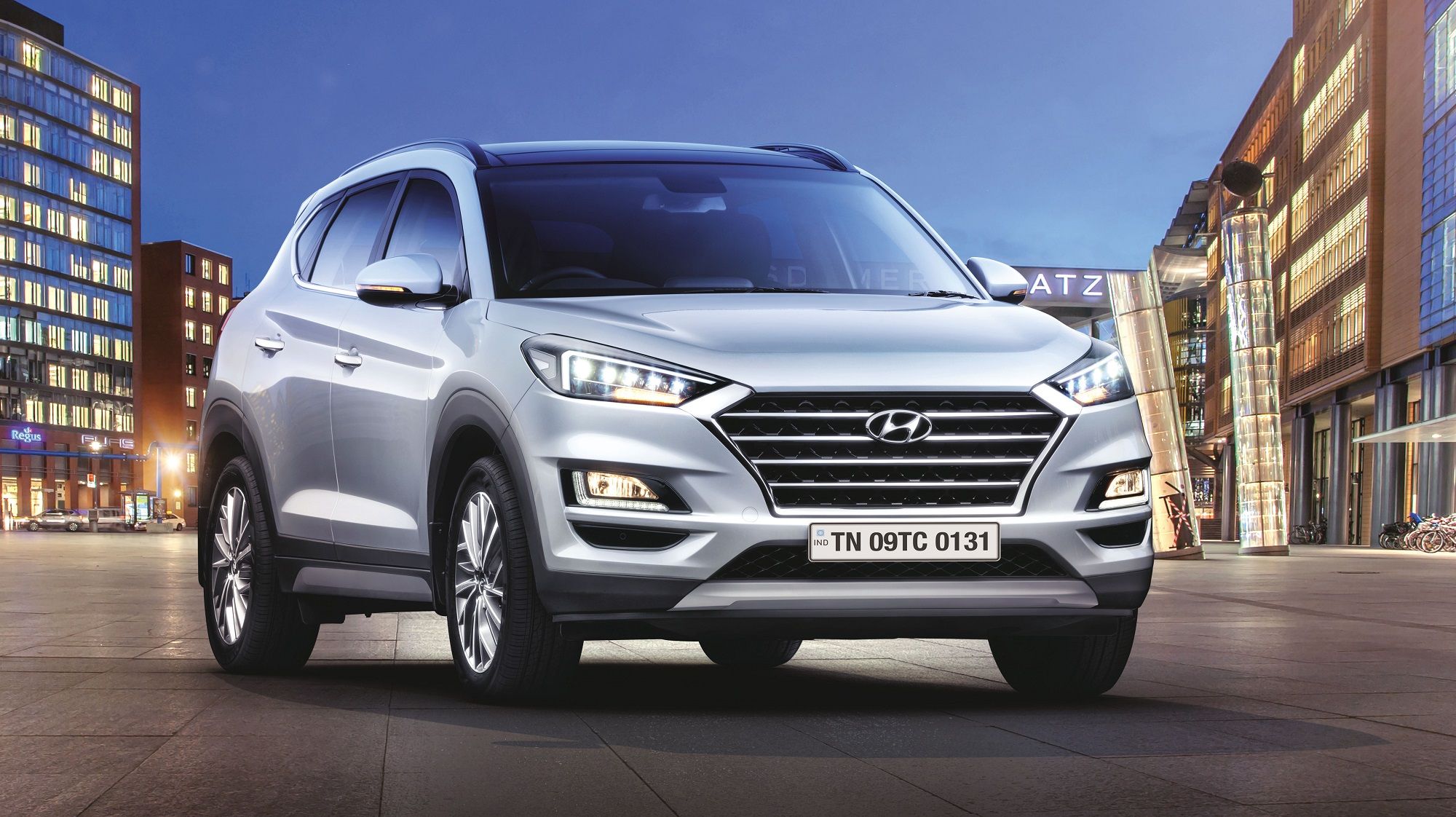 We’ve seen Hyundai evolve from making low-priced econoboxes to designing stylish, feature-rich automobiles. The 2020 Tucson is just one of the brand’s latest examples. To the front, the car remains mostly modest when it comes to its cosmetic upgrades. Everything seems more defined and sharper, contributing to a much racier facial appearance. They’ve reworked the LED headlights and the fog lights.

When it comes to comfort and leisure, expect a floating 8-inch HD infotainment screen that’s been paired with an Infinity eight-speaker system, a panoramic sunroof, dual-zone climate control, and wireless charging. More so, it also packs six airbags, hill-climbing assist, an electronic parking brake and DRVM. Under the hood, we see two engine options – 2.0-litre petrol and a 2.0-litre diesel. The petrol churns out about 153-horsepower and 192-Nm or torque while the diesel boasts 182-horsepower and 400-Nm of torque. When it comes to the premium-yet-affordable segment, the Tucson may just be one of the best SUVs in India at the moment. 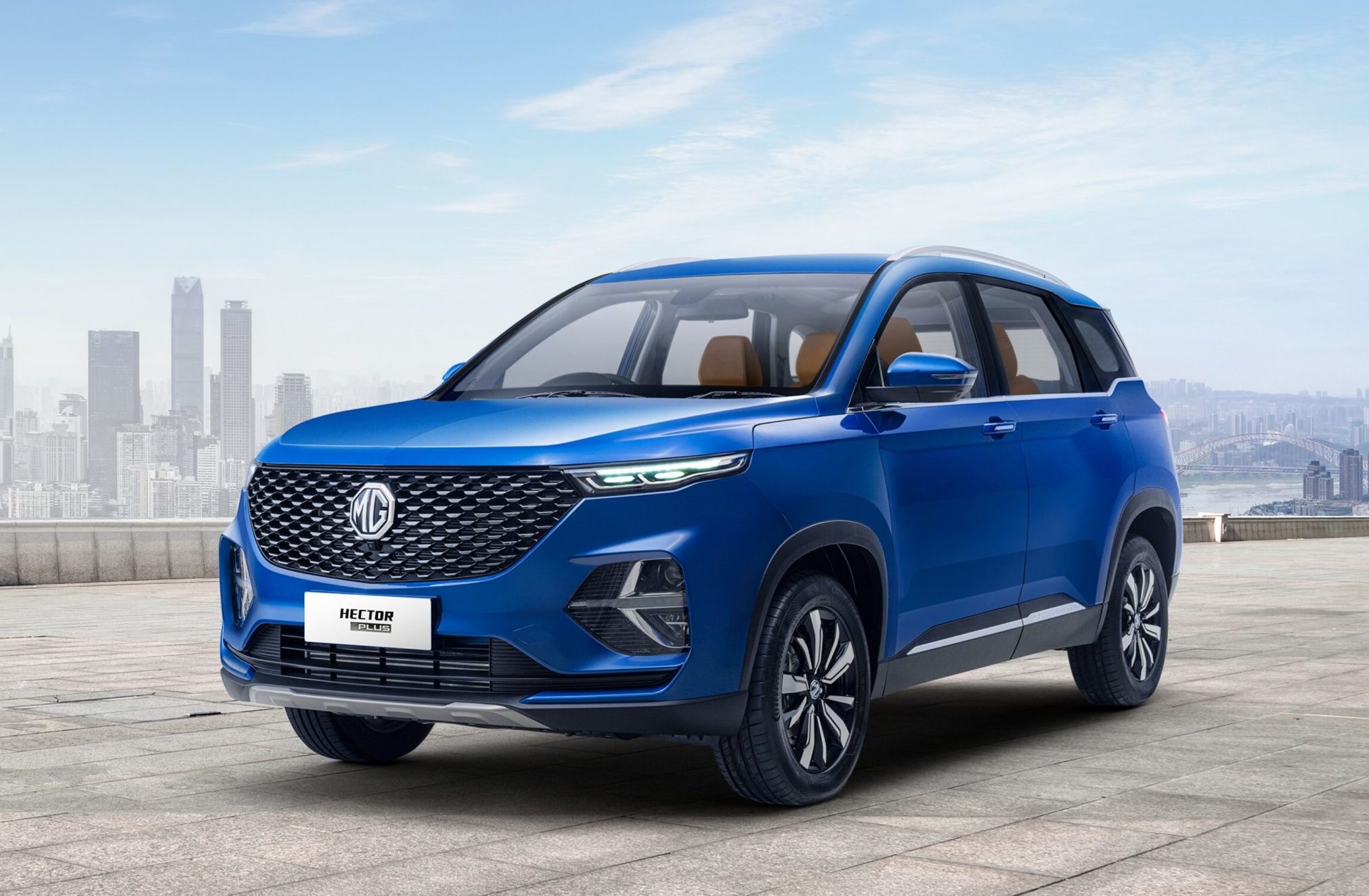 The Hector Plus takes the Hector’s elegant stride onto larger dimensions but with a serious  digital punch in its cabin. The ‘Plus’ in its name stands for more than just cabin space. The newly launched Hector has done an impressive amount of upgrades with the new extra space. You get four variants to choose from: Style, Super, Sharp, and Smart. Its top-spec model is the Sharp Turbo diesel MT variant that comes with a price-tag of Rs 18.53 lakh.

The ‘Digital Edge’ starts from Inside, with a new online voice recognition system, a new Chit-Chat voice interaction to keep you company when driving alone, Geo-Fence feature for safety, Over-The-Air-Updates for constant connectivity and Vehicle Health scanning. These are just to name a few from its long list of 55+ connected features. On the outside, they’ve also introduced a Smart Swipe feature which automatically opens the boot when the user swipes foot beneath the rear bumper. If you’re looking for a spacious tech-savy ride, this may just be one of the best SUVs in India for you. 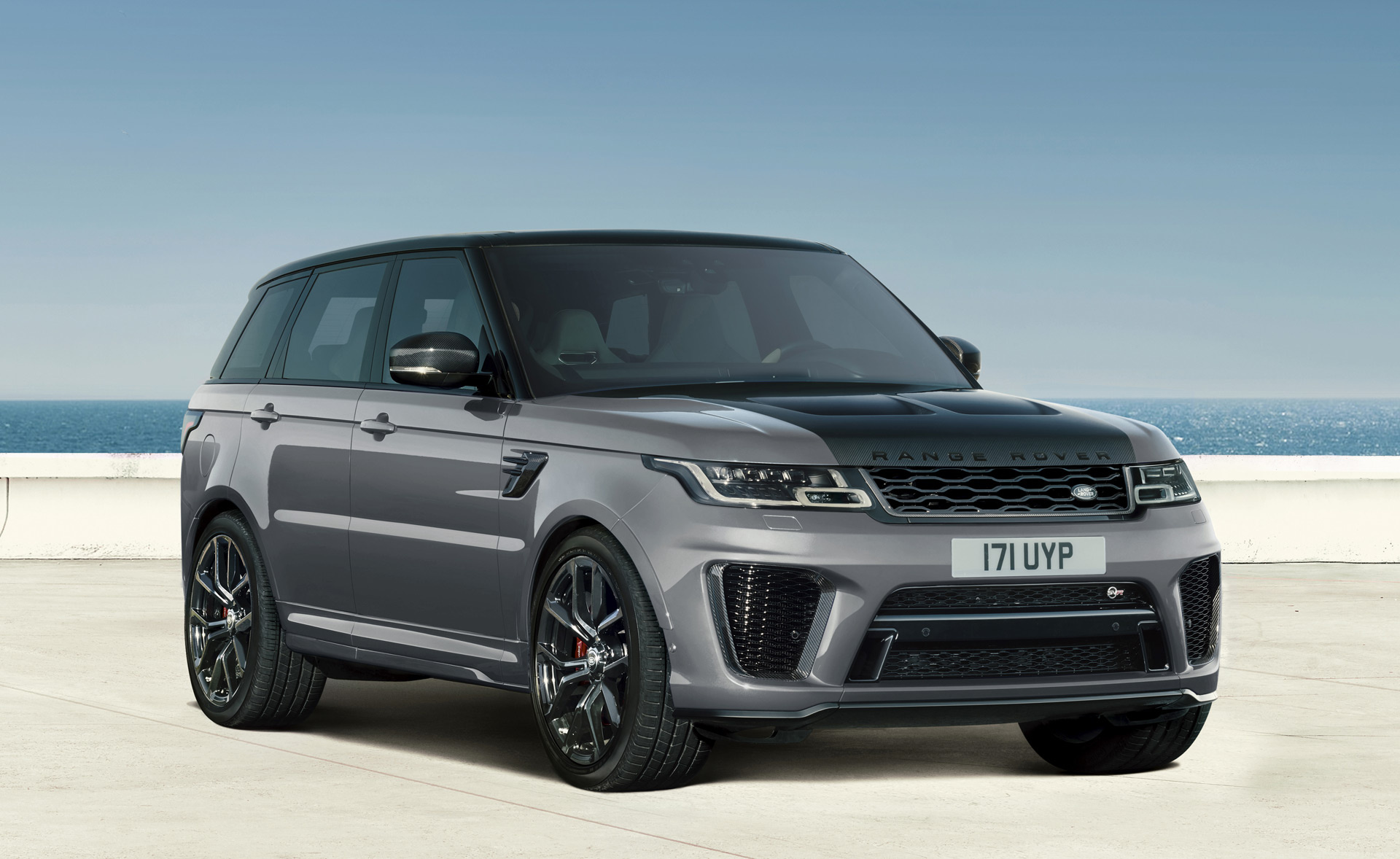 It’s great news to hear that Range Rovers have finally taken a turn towards hybrid mobility. Dawning a new beginning in 2021, the Range Rover Sport will arrive with two predominant engine options: a standard petrol and a plug-in hybrid. From the former, you get to choose from a 2.0-litre to a 5.0-litre. At best, the 5.0-litre supercharged V8 churns out about 575-horsepower and 700-Nm of torque. The P400e plug-in hybrid engine on the other hand, makes a total of 404-horsepower and 640-Nm of torque.

The interior also keeps up to its name, it’s also ultra-slick and minimal. Don’t forget to opt for the SVR Carbon Edition model, which comes with a more aggressive appearance to match the performance flagship status of the vehicle.

Price: Yet to be disclosed. 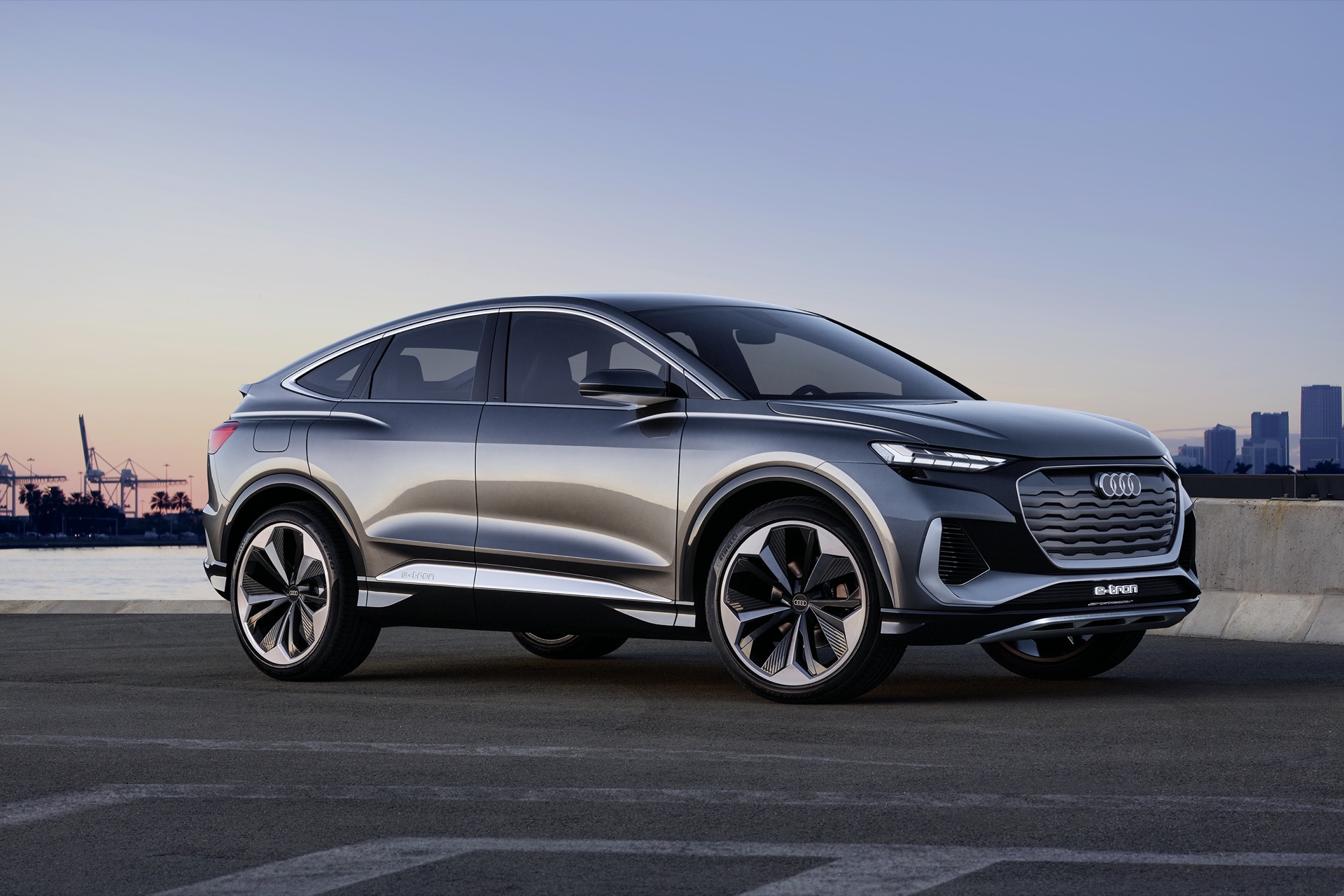 At the Geneva Motor Show 2019, the world was introduced to Audi’s vision of supersized German luxury for the near future. Recently, we reached a little closer to it turning into a reality. Being the most futurist car on this list, the Q4 Sportback E-Tron actually takes alot of design inspiration from the standard Q4 in the market today. We’re talking about the coupe-like roof and the overall aesthetic up front, ofcourse, it’s much sharper with this concept.

Under its skin, we see an all-electric MEB platform and a dual motor setup – One up front and other  up front. The rear being more powerful makes 204-horsepower and and 310-Nm of torque, while the motor up front makes 102-horsepower and 150-Nm of torque. This gives the Q4 Sportback e-tron a total output of 306-horsepower. Power for both motors comes from an 82-kWh battery pack which is capable of charging up to 80 percent in just 30 minutes. While being a rear wheel drive, expect a single-charge range of upto 500 kilometers. The Audi Q4 Sportback E-Tron is expected to make a debut next year.

Price: Yet to be disclosed. 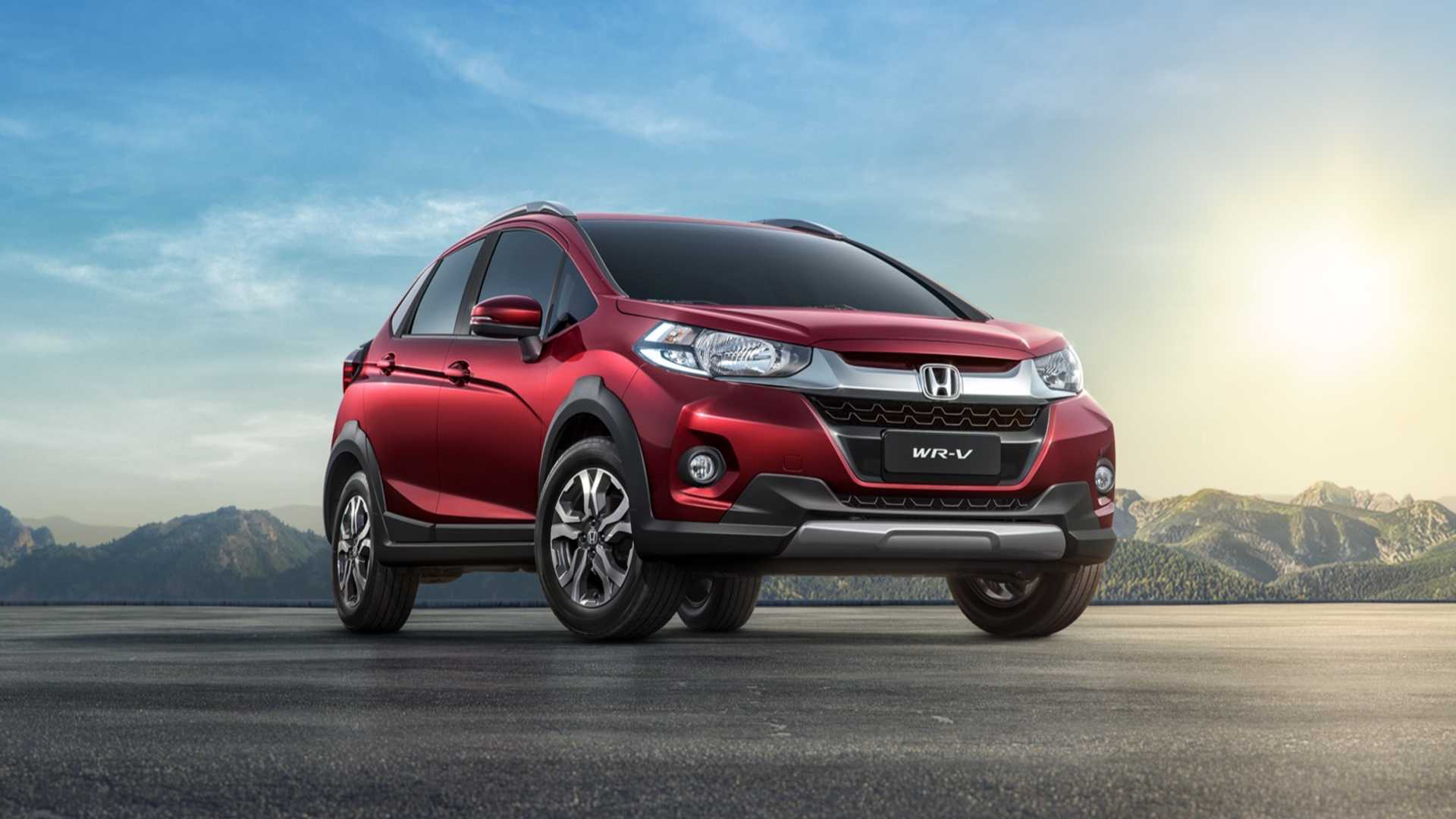 You may be thinking why this SUV looks smaller than most. That’s because it’s more of a sub-compact crossover rather than a full-sized SUV. Keeping up with new BS-VI coes, the Honda WR-V also got a facelift for 2020. Available in two variants – SV and VX, the car is available in both, petrol and diesel engine options.

If you’re looking for something compact for Indian streets, yet spacious enough to fit 5, this is the one to own. As far as the facelift is concerned, the car gets a bold winged chrome grille and rides on new R16 dual tone diamond cut alloy wheels. More so, if you opt for the VX variant, you even get a better trim of headlamps, a rear washer and a chrome shark fin. 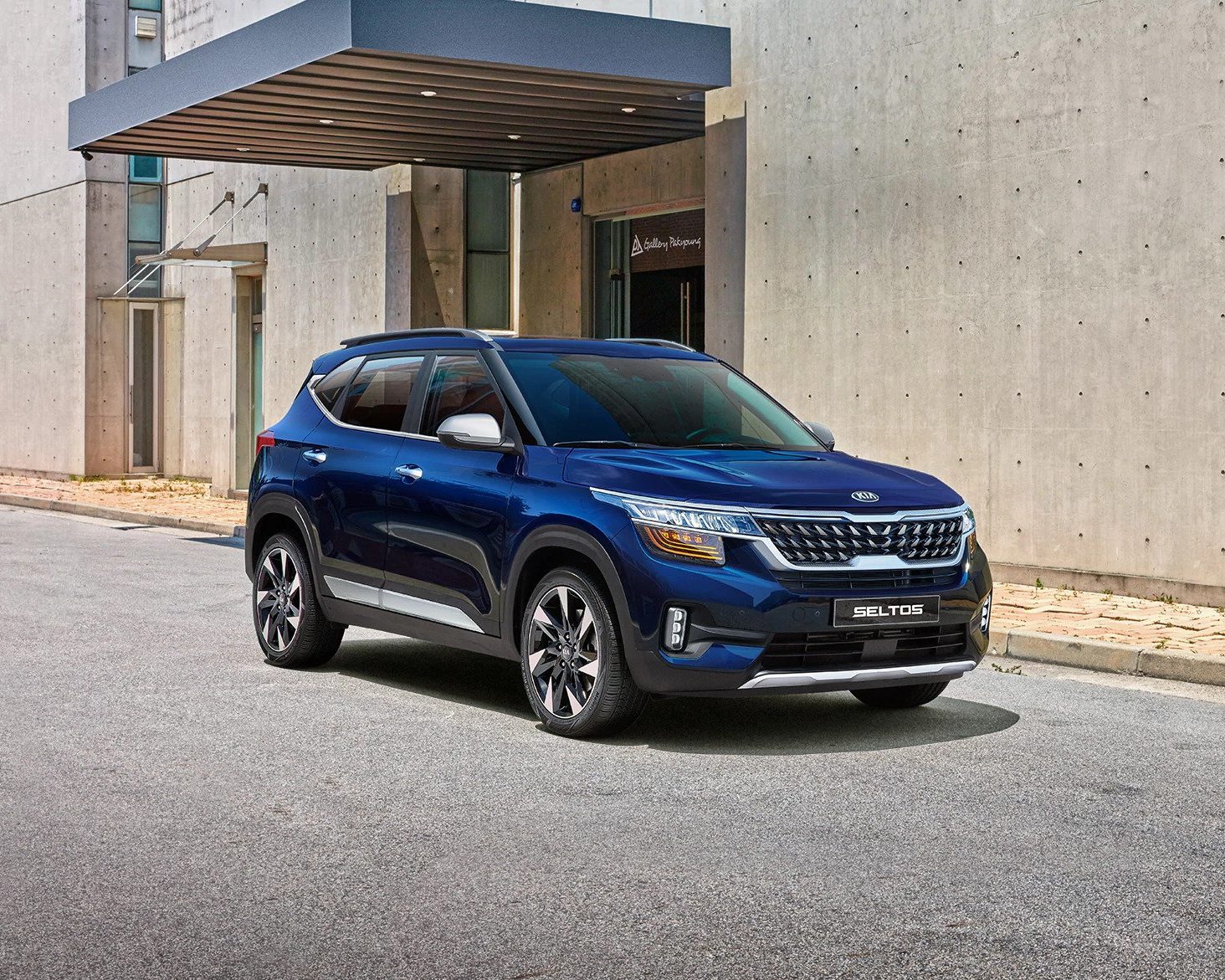 The Seltos is the second-most loved SUV in India and it’s for good reason. While we’re currently seeing a 2020 version of the Seltos, it’s the one coming up next that we must be excited about. Out of their 2021 line-up, there’s a particular variant that peaks our interest, the ‘Gravity’. It’s currently only available in South Korea but we will be seeing this model very soon on Indian streets.

The Seltos Gravity is the edition’s top-spec variant. We’re absolutely in love with the new grille and its scale-like aesthetic. This comprises of a chrome-studded ‘Tiger Nose’ design featuring three-dimensional elements. We also see tons of new chrome accents on car. Inside, Kia have updated their security features. We’d have to wait a bit longer to know more about the new Seltos. Nevertheless, it will still remain as one of the best SUVs in India.

All prices are approximate and subject to change