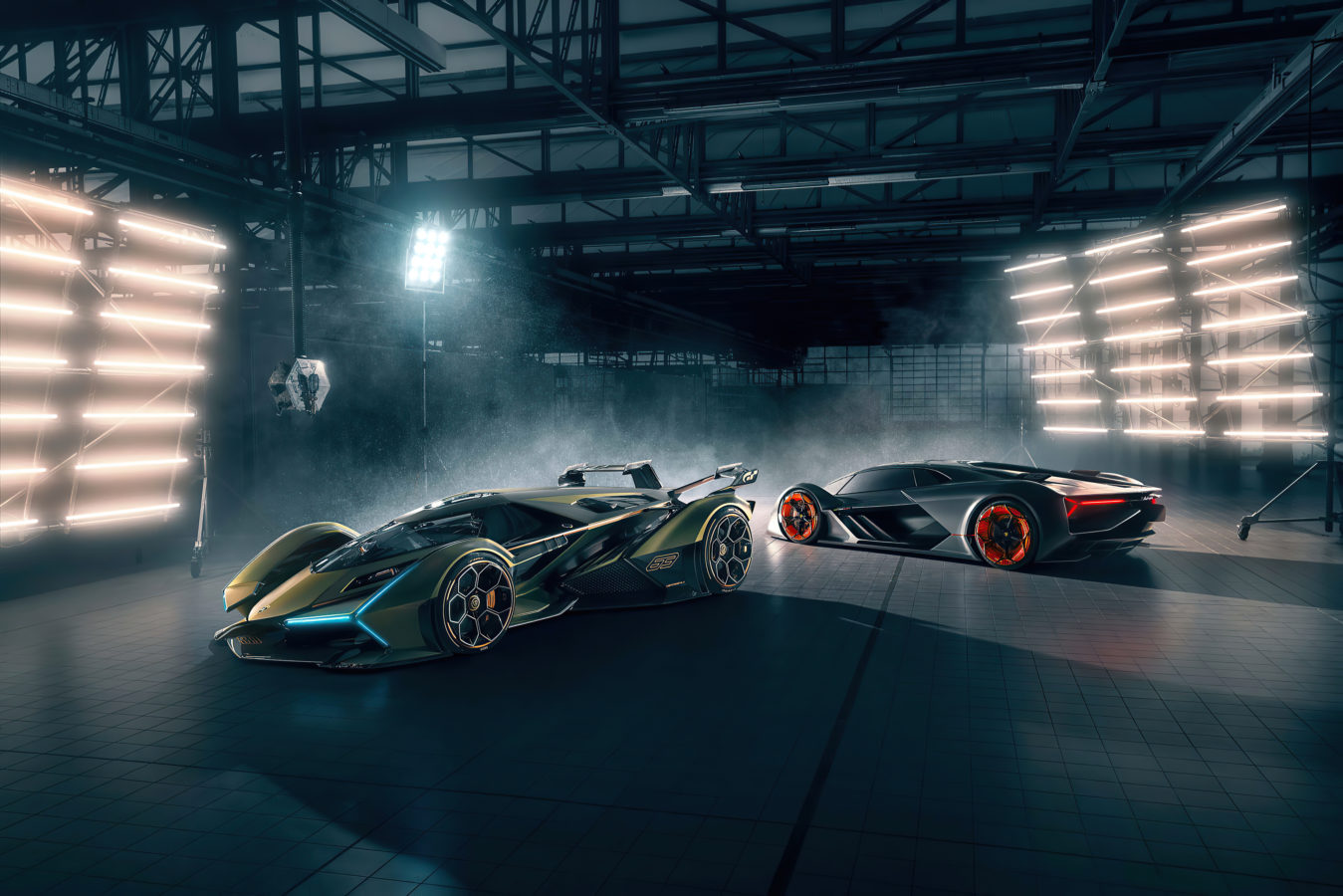 We’re about to dawn a new era of the Dark Knight dynasty. As Robert Pattinson suits up for the upcoming ‘The Batman’ 2021 movie, the world is eager to see what the next batmobile would look like.

After 2008’s ‘The Tumbler’ from The Dark Knight Series, it pretty much set the bar high for modern-era batmobiles. They aren’t just gadget-jacked machines like they were in the ‘80s, they’re now brawny and more sinister-looking automobiles with a touch of futurism. Over the past year, tons of concepts and supercars have surfaced that would have a fitting spot in the batcave. Whether they come in black or not, here are the top 5 automobiles we’d like to see alongside the Caped Crusader in the next Batman film.

The Valkyrie in all black, just like the Batman, would simply be a beast hiding in stealth. Introduced first in 2017, it made its public debut last year. The all carbon fiber body offers the resilience of an armored truck and the lightness of an F1 car. While the Valkyrie runs hybrid, it offers a total of 1,160 horsepower with its Cosworth-built, 6.5-liter V12 can rev to an amazing 11,100 rpm. Jack this hypercar up with a rail gun and a few RPGs, and that’s a new breed of lightweight batmobile right there. 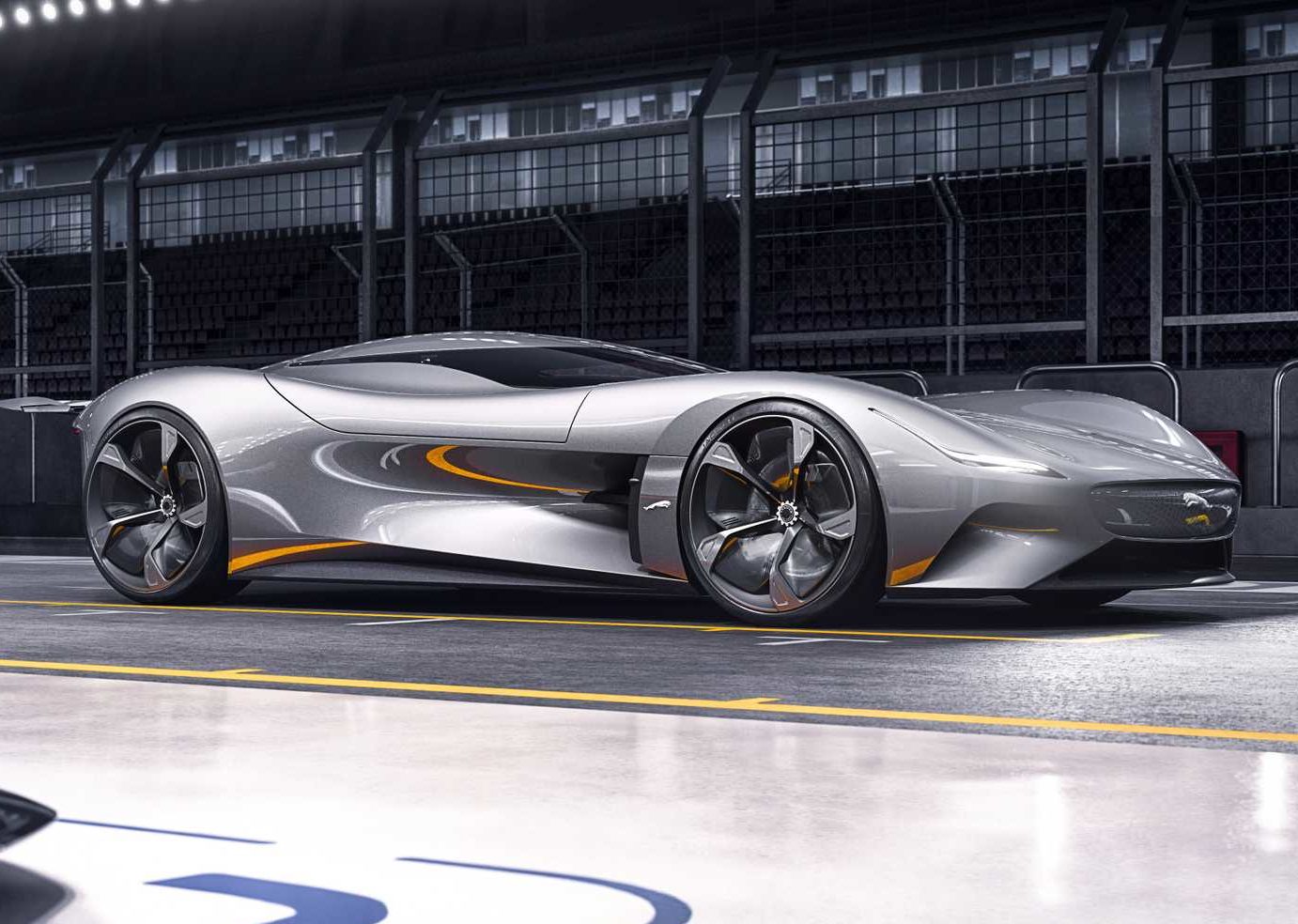 This supercar strangely reminds us of the Mercedes-Benz Vision Gran Turismo that Bruce Wayne drove back in 2017’s Justice League. While Jaguar designed this luxurious speedster for the new Gran Tourismo PS4 game, we think it has a fitting place in the Batman 2021 flick. With about 1,100 horsepower and 885 lb-ft of torque. The result is an in-game zero-to-60-mph time of less than 2.0 seconds. It’s low slung appearance boasts some similarity with the B-Roll from the Justice League movie. So maybe they could consider this all-electric coupe for a late night city-chase. 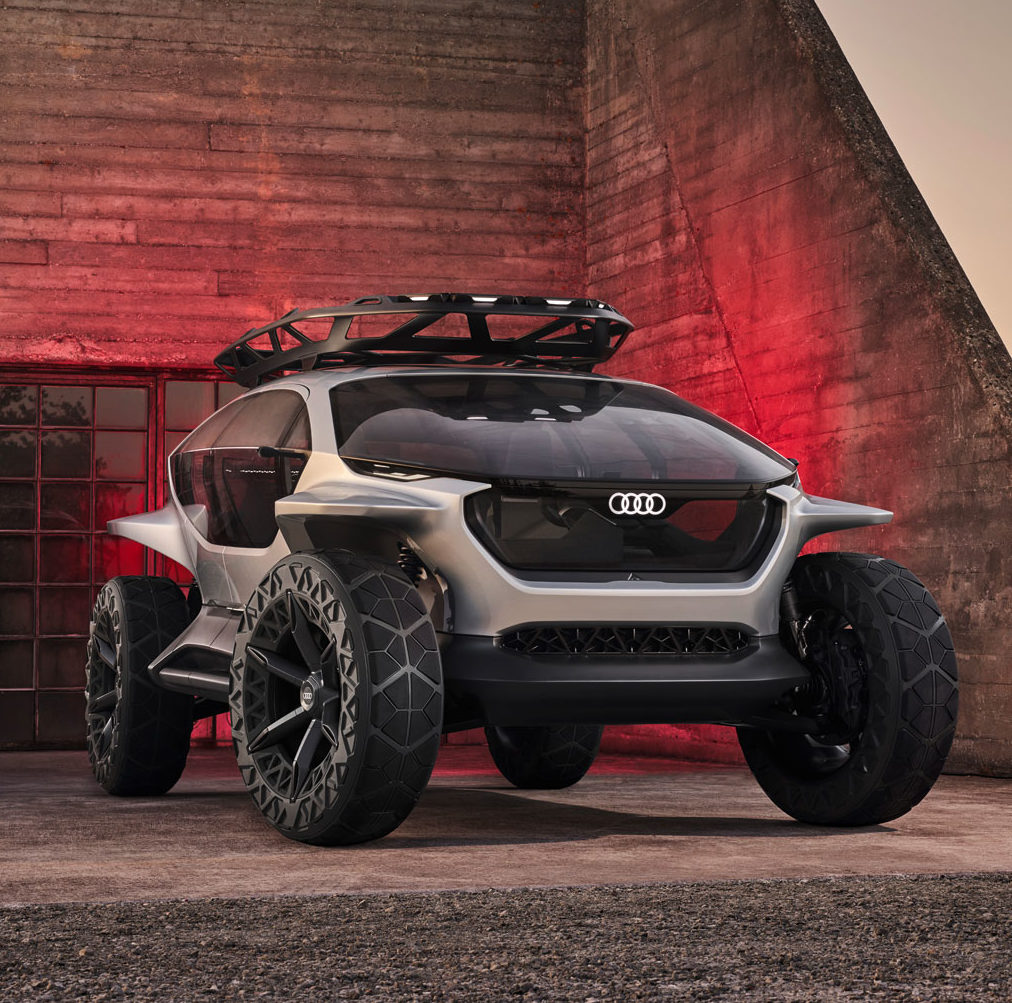 If you saw the last Batman movie, you’d know that the Dark Knight’s endeavors aren’t always going to stick to city roads. For which, we picked out this luxury moon crawler by Audi. The AI:Trail’s checklist presumably ticked off the following; Futuristic Design, Electric Mobility, Autonomous Driving, and Off-Road Capabilities. To keep up with its nature-inspired aesthetic, the interior uses wool, wood, and other organic elements. Power stands at 429-bhp with 1,000-Nm torque. 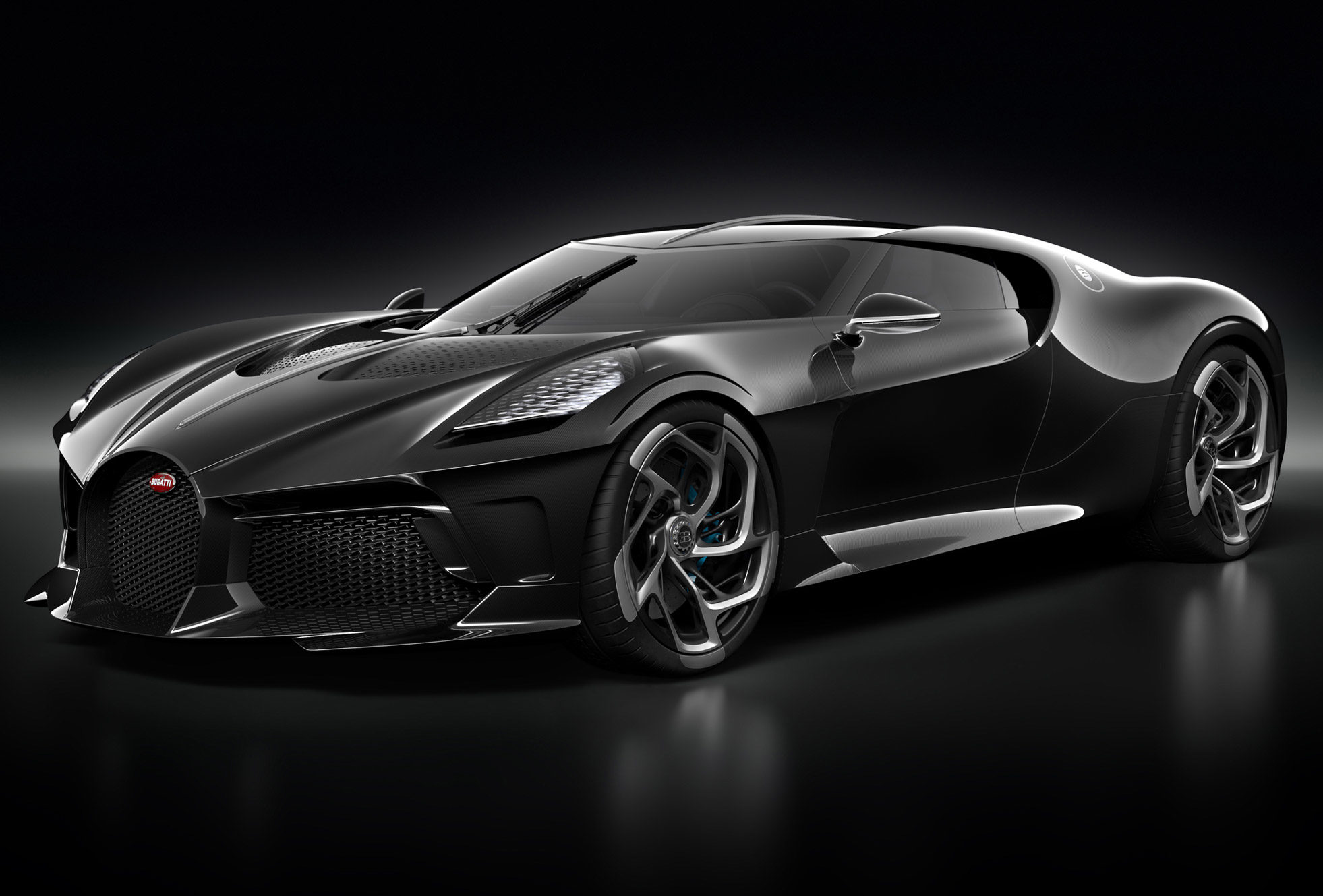 The La Voiture Noire is currently the world’s most expensive car. But that’s no problem for Bruce Wayne when shopping for a new batmobile. After owning multiple jets, tanks and more, this $18.9 million super car needs to be a part of The Batman 2021 fleet. Being one of the most exclusive cars of 2019, the La Voiture Noire sports a thunderous 8.0-liter quad-turbocharged W16 engine that churns out 1600-HP, a 100 more than the Chiron which is notably the world’s fourth-fastest production car after the Hennessey Venom GT. The La Voiture Noire shouldn’t be shy of breaking the 261-mph record, considering what’s under the hood. 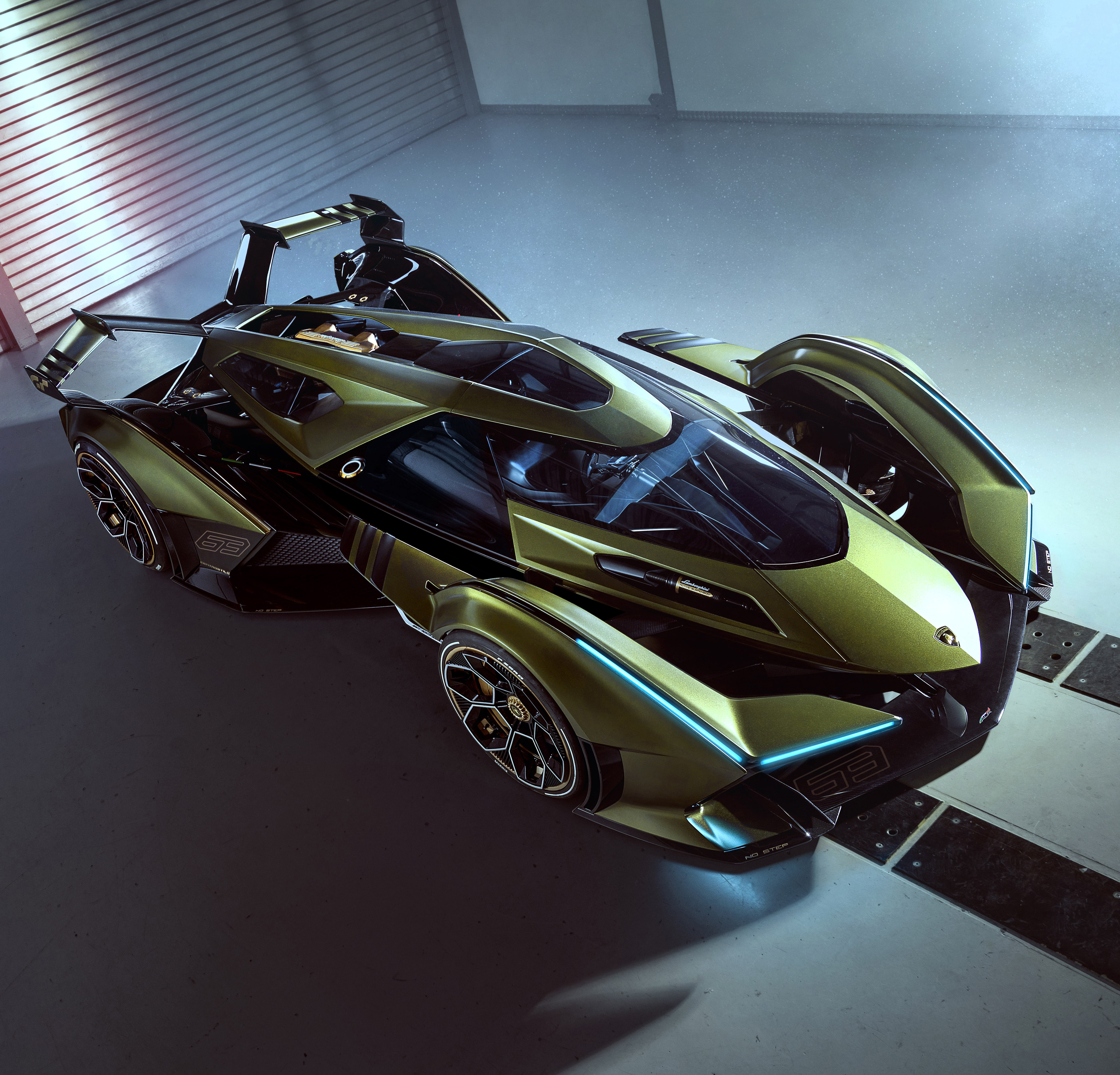 If you thought the Jaguar was the greatest VGT car you’ve seen, the Italian Prancing Horse is here to prove you wrong. This ultra-luxe super-sportscar also bears a striking resemblance to the B-Roller in terms of structure. Just more futuristic and sharper in detail, if not for The Batman, 2021 could we expect this to be next in line somewhere? Hybridized V-12 powertrain that Lamborghini created for the Sian, Lambo’s first mass-produced hybrid supercar. On its own, the V-12 engine cranks out 774 horsepower, making it the most powerful version of Lamborghini’s iconic V-12 engine. The world has unofficially dubbed this GT as the real life batmobile.