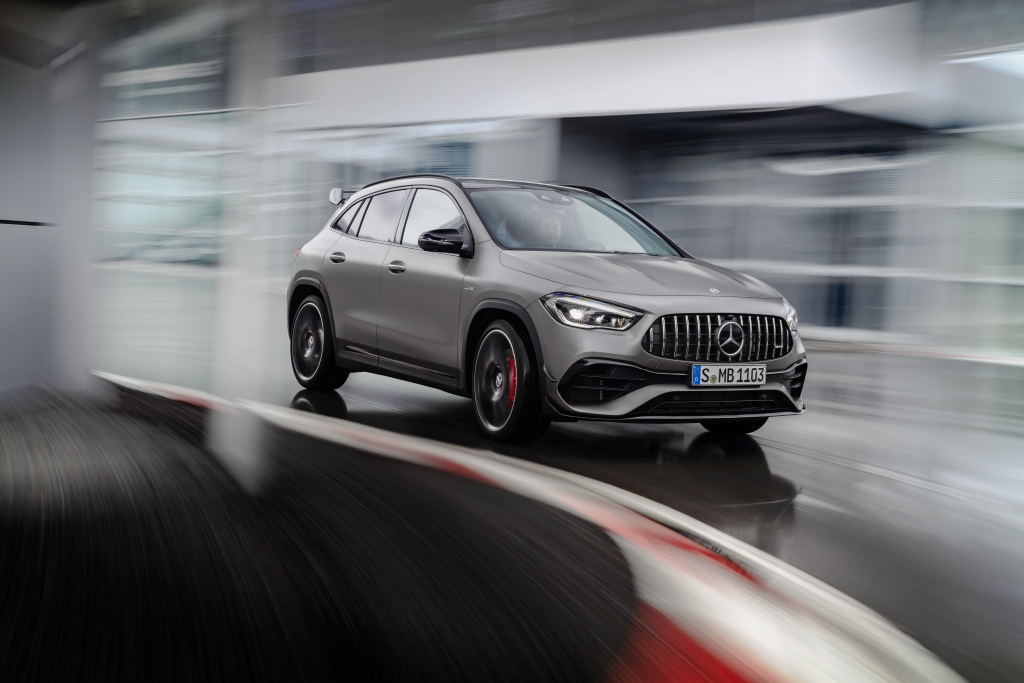 Mercedes-Benz has revealed that the latest generation of its Mercedes AMG GLA 45 4MATIC+ has been outfitted with the brand’s 2.0-litre turbo engine, an engine the company claims is “currently the world’s most powerful turbocharged four-cylinder manufactured for series production.”

After the first generation GLA 45 AMG was introduced to the world back in 2014, Mercedes-Benz announced that it’s time to launch the second generation of the hot crossover; this time, the model is equipped with the brand’s powerful four-cylinder turbo engine. 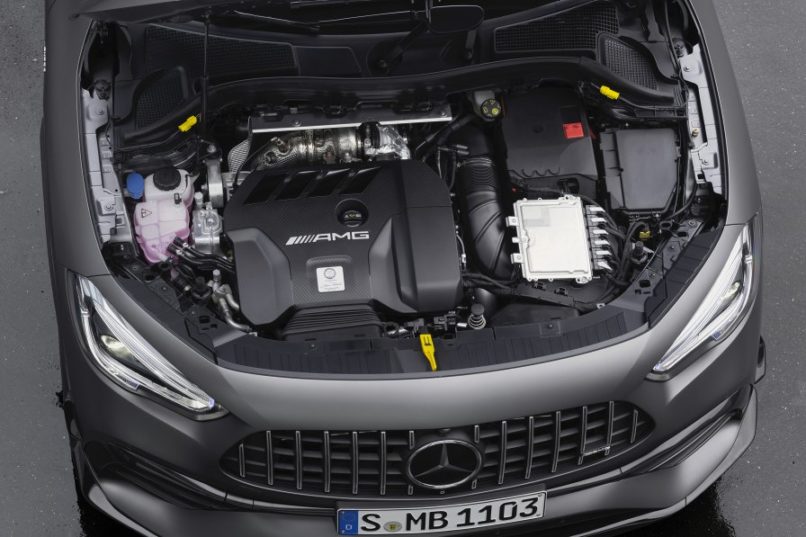 With this updated powertrain, the Mercedes AMG GLA 45 4MATIC+ can generate 382 hp of power and 354 lb-ft of torque, which is distributed to all four wheels through an 8-speed dual-clutch transmission. In 4.4 seconds, the base version of the crossover can sprint from a standstill to 100km/h (about 62mph) and continue on to a top speed of 250km/h (about 155mph); the S-Model can reach up to 270 km/h (about 168mph). The performance improvement has likewise been complemented by better dynamics and increased reactivity, thanks in part to two electronically controlled multi-disc clutches and electro-mechanical controlled drive torque.

Compared with the first generation, all suspension components have been revised to provide a more comfortable driving and riding experience that’s easier to control even at high speeds. Six AMG drive programmes optimize the vehicle’s functionality during various weather conditions while also offering owners different levels of sport driving experiences. 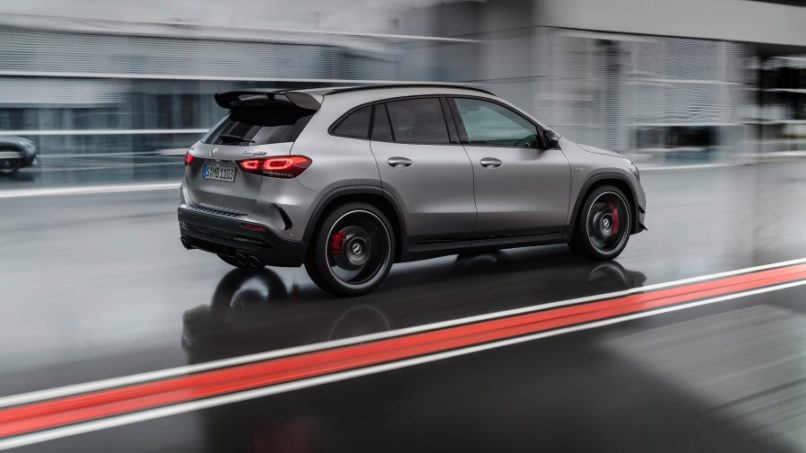 On the inside, the MBUX infotainment system “creates a close, personal alliance between man and machine,” and the luxurious upholsterers and trim finishes give the owner and rider a comfortable interior space that is also chic. 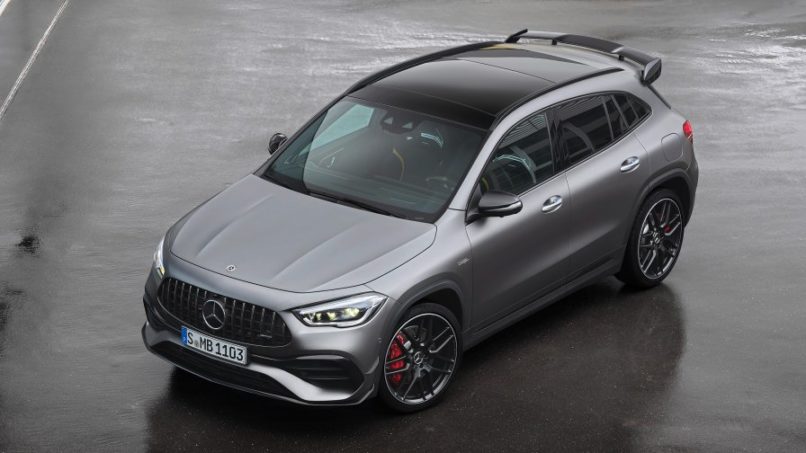 The 2021 Mercedes-AMG gla 45 4MATIC+ will be unveiled to the press on March 3 at the Geneva Motor Show where it will later be on display for the public to see from March 5 to 15.

Culture
One of Christopher Nolan’s films is going up on video game ‘Fortnite’
Style
LSAforLocal: Support these homegrown fashion labels that are offering gift cards
Style
Hand-painted renditions to off-beat motifs, modern saree labels to know
Food & Drink
Eid Mubarak! Order the perfect feast from these restaurants across India
Culture
‘Betaal’ actor Aahana Kumra on how her new Netflix series breaks the mould
Beauty & Grooming
Rose water is not just surviving, it’s thriving. Here’s why you need it
Beauty & Grooming
Top 5 summer undercuts and the best grooming products for them
Style
Zenith revived the El Primero after finding it in an abandoned attic
Beauty & Grooming
Juicy Chemistry’s Megha Asher on sustainable beauty practices and honest ingredients
Sign up for our newsletters to have the latest stories delivered straight to your inbox every week.

Can online car bookings save the auto industry? Here are the brands doing it

All the auto manufacturers extending insurance and warranty during COVID-19

Hot in pursuit: 5 most extravagant police cars from around the globe

New Launch: BMW’s 8 Series Gran Coupe is a sports car for a family of four

This lovely video from @gucci by Emma Allegretti (

...or hit the link in bio, to read what @AahanaKum