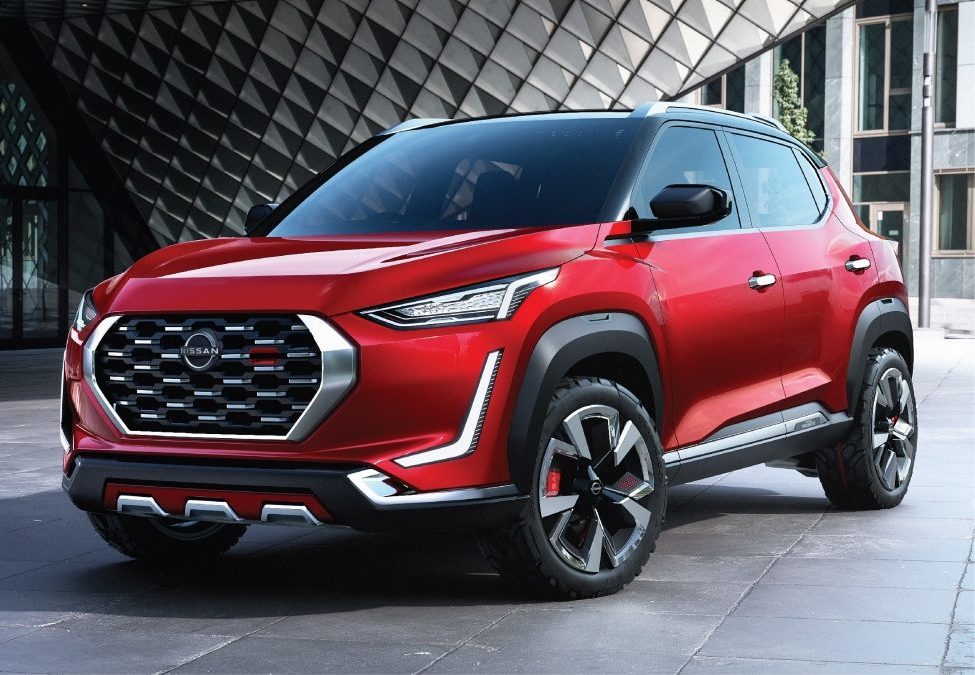 New Launch: Nissan’s Magnite is the entry-level SUV you need

Gear
New Launch: Nissan’s Magnite is the entry-level SUV you need
Share this article
Next article

We finally get a glimpse of the much-anticipated B-SUV concept from Nissan after months of teasing and guesswork. Christened as the Magnite, the new SUV marks a new beginning for Nissan in India. It’s in the name really, being a portmanteau of the words “magnetic” and “ignite”. While ‘Magnetic’ highlights Nissan’s global design appeal and ‘Ignite’ emphasizes on the spark of a new era.

Following the footprints of the elder Nissans, the Magnite will go head to head with the Maruti Suzuki Vitara Brezza, the Hyundai Venue, and the upcoming Kia Sonet. While the car will be an entry-level variant for the brand, it certainly hits the right mark, both in philosophy and design.

Making its first appearance today, the Nissan Magnite appears to have incredibly sharp headlights and a chunky front grille. The boomerang-shaped DRLs are stylishly sharp too while the taillights appear to comprise of svelte LED. It also rests on dual-tone alloy wheels. Nissan hasn’t commented on the engine specifications just yet but confirmed that it will follow the same engineering footprint of its elder siblings. The Japs did state that the Magnite is built upon the ‘Made in India’ philosophy, prompting a production cue there. If the inside is as impressive as the exterior, we can certainly look at a feature-rich cabin for the Nissan Magnite, which could give it a serious edge over its competition. We’re expecting an 8-inch infotainment screen, climate control, and advance parking tech. More so, we’d like to add that this city sprawler does have an off-road appeal with its design.

The Nissan Magnite will be arriving in India in the second half of FY 2020-21. As an entry-level SUV, we’re expecting it to be priced around the Rs 5.5 lakhs ex-showroom.