The Apple Watch Series 4, which was unveiled in September this year, proved to be a beacon of utility and elegance in the ana-digi timepiece league. Packing the power of a standard iPhone into an efficiently un?complicated modern-day timepiece with the features of an entry-level computer, the Apple Watch Series 4 currently stands as 2018’s best smartwatch yet. And when it debuted, one part particular feature stood out. 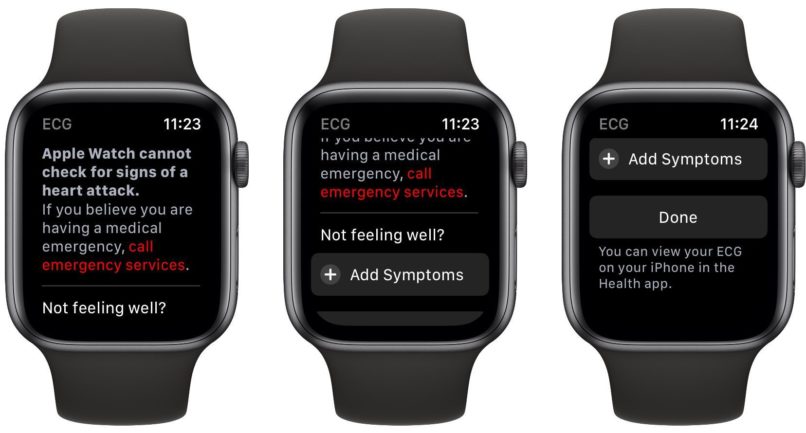 The Electrocardiogram or ECG feature was listed in the watch’s brochure and was one of its unique selling points. But it wasn’t available at the time of launch – it became active as a part of the Apple Watch’s 5.1.2 update, which was unveiled last week. The delay was reported due to FDA clarification (approval?) formalities.

Apple claims that with this feature, all ECG recordings, their associated classifications and any noted symptoms would be stored securely in the Health app on the connected iPhone, and users will be able to share a PDF of the readings and the observations with their physicians. However, it is currently available to Apple Watch Series 4 owners residing in the US only, prolonging the wait for the rest of the world. Another attribute of the feature is the unique ability of detecting heart rate anomalies; it is on a constant lookout for atrial fibrillation, the most common form of irregular heart rhythm, which if left untreated, can even lead to death. The back of the watch measures the heart rate. Touch the Digital Crown with the finger on your opposite hand and the circuit is complete. The monitoring then starts. The Apple Watch Series 4 will periodically diagnose the heart’s rhythm or any notable background anomalies, which would correspond to patterns of atrial fibrillation. In real time, the watch will send out notifications with detailed cardio-physical analytics.

The regular heart rhythm detection feature will be available on previous Apple Watch models including the Series 1. However, the ECG feature remains exclusive for the Series 4.

7 ‘Made in India’ apps you may be missing out on

Lost your smartphone? Here’s how to find it and secure your data

Which smartphone has the best battery life? We ranked the top 10