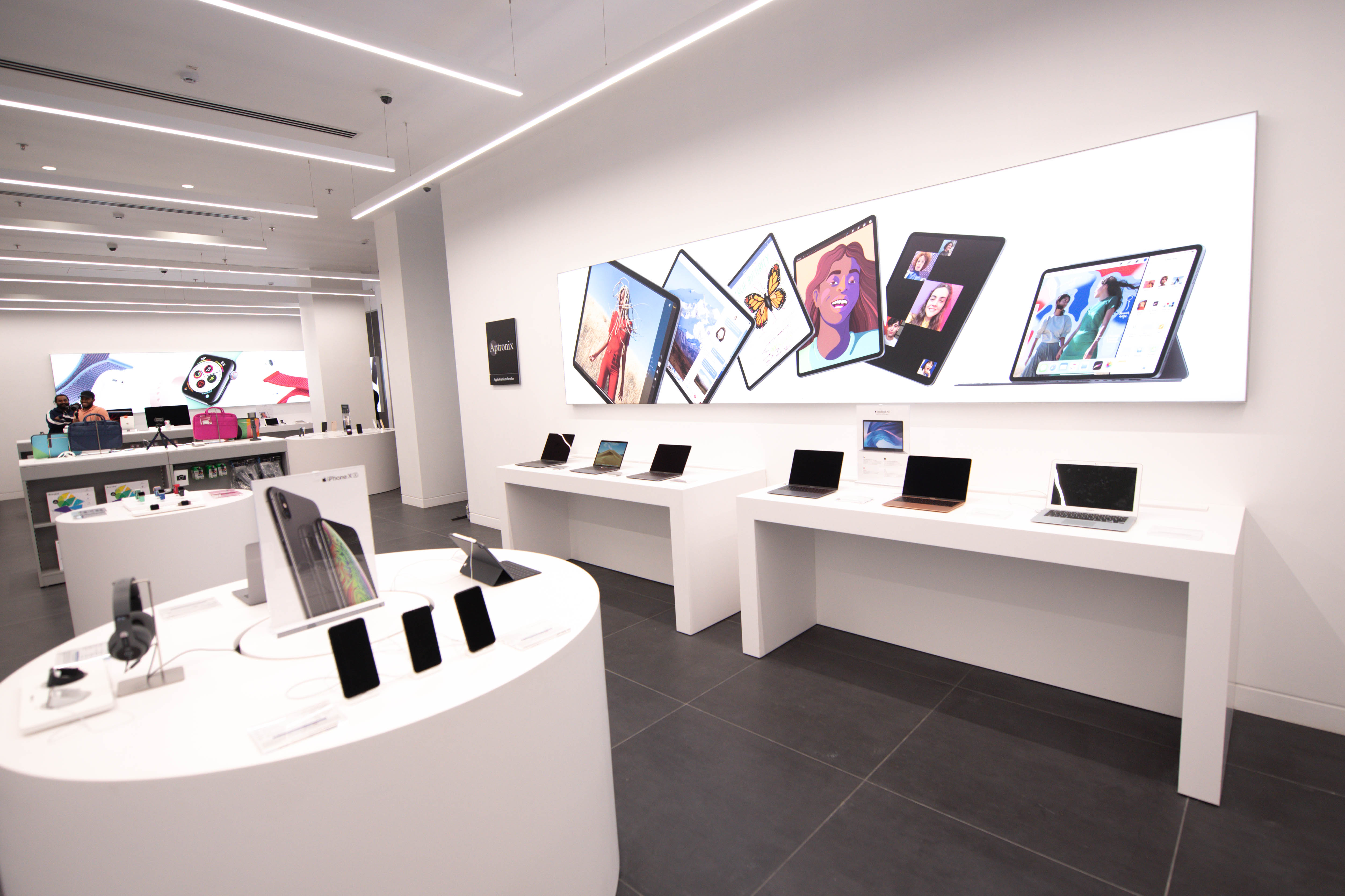 Apple’s biggest store in India has opened in Mumbai

Tech has a new destination in Mumbai, and not only is it Apple‘s new flagship store but also the biggest one in India. Launched yesterday, the 8000 sq ft High Street Phoenix space belongs to  Aptronix, India’s top premium tech retailer. In collaboration with Bombay Duck Designs, the store is quite literally a physical personification of Apple’s minimalist aesthetic, and is set to retail Apple’s entire line of products.

“Apple and Aptronix have had a 10 year relationship, as we’re currently their largest retail partners in India. The first Apple x Aptronix store was based in Hyderabad and since then we’ve expanded to 30 more stores with four more being crafted as we speak. In terms of Aptronix’s future, we’re hoping to have 50 fully operational stores by 2020,” said Sutinder Singh, founder and managing director, Aptronix.

The double-story space has an Apple service centre on its upper deck, creating an even better all-round Apple experience. Given the size of the venue, Aptronix also stated that the space will also host future Apple workshops on photography, filmmaking, music creation, art and design, which is what creative professionals globally use Apple products for. The space will also be Apple’s ‘House of Creativity’ in Mumbai.

“The Aptronix store at High Street Phoenix will build on the customer experience, taking it to a much higher level. After all ‘Obsess about customer Experience’ is the motto that we live by,” said Meghna Singh, Director, Aptronix.