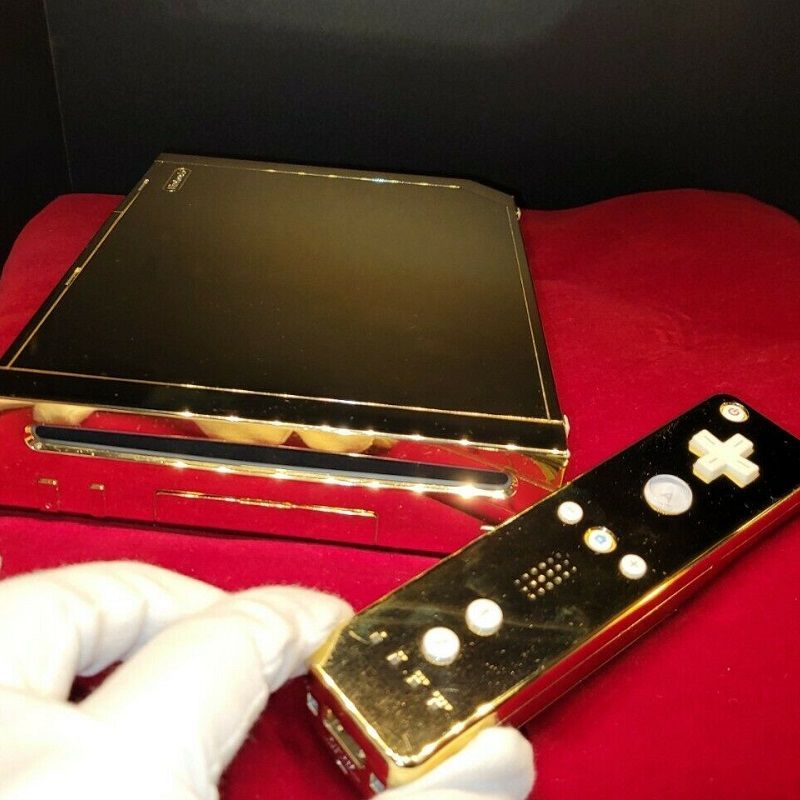 A specially made 24 karat gold-plated Nintendo Wii, that game developer THQ wanted to gift to Queen Elizabeth II in 2009, is up for auction now.

According to Kotaku, Dutch collector Don, who owns the website Consolevariations, has put up the console, dubbed ‘The Golden Wii’, for sale.

However, the console is unusable because Nintendo shut down Wii years ago. Yet its future owner can take pride in the prized possession, as it is one of the rarest collectibles in gaming history, both because of its design and the Queen connection.

The history of the ‘The Golden Wii’

The console never reached the Queen

The gold-plated Wii was supposed to be a promo piece for THQ’s mini-game collection, Big Family Games. However, the console never reached the Queen because of the strict royal gifting policy.

The console was returned to THQ, which went bankrupt in 2012. An unnamed person obtained the Wii in 2017. Don later got the console from that unidentified owner.

It is not the first time that the gold-plated Wii has come up for auction. Don tried to sell it on eBay in October 2021. The asking price that he put was USD 300,000. Even though the price was high, it received around 700 bids.

Months before, in an interview in April 2021, Don said that the reason why he was selling the console, was because he was ‘moving on with life.’

“I’ve been in one place for my whole life, it’s time to get my own place. At times it has been difficult for me to have free time or relax. Lately, it’s all CV and my daily job. When I come home, I don’t get to spend a lot of ‘me time’ so I would like to take the step and move on,” he said.

However, eBay shut the sale down after making a policy change, which determined the seller’s history to the value of the item being sold. The change prevented sellers from selling items far outside their usual range.

Don has now put the ‘The Golden Wii’ up for auction at Goldin, where it will continue to receive bids till 21 May. At the time of writing, the Wii received 13 bids, with the current bid at USD 3,000.

Apple is reportedly working on its iPhone 15 ultra model

Apple iOS 16: Here are the new key features that come to iPhones