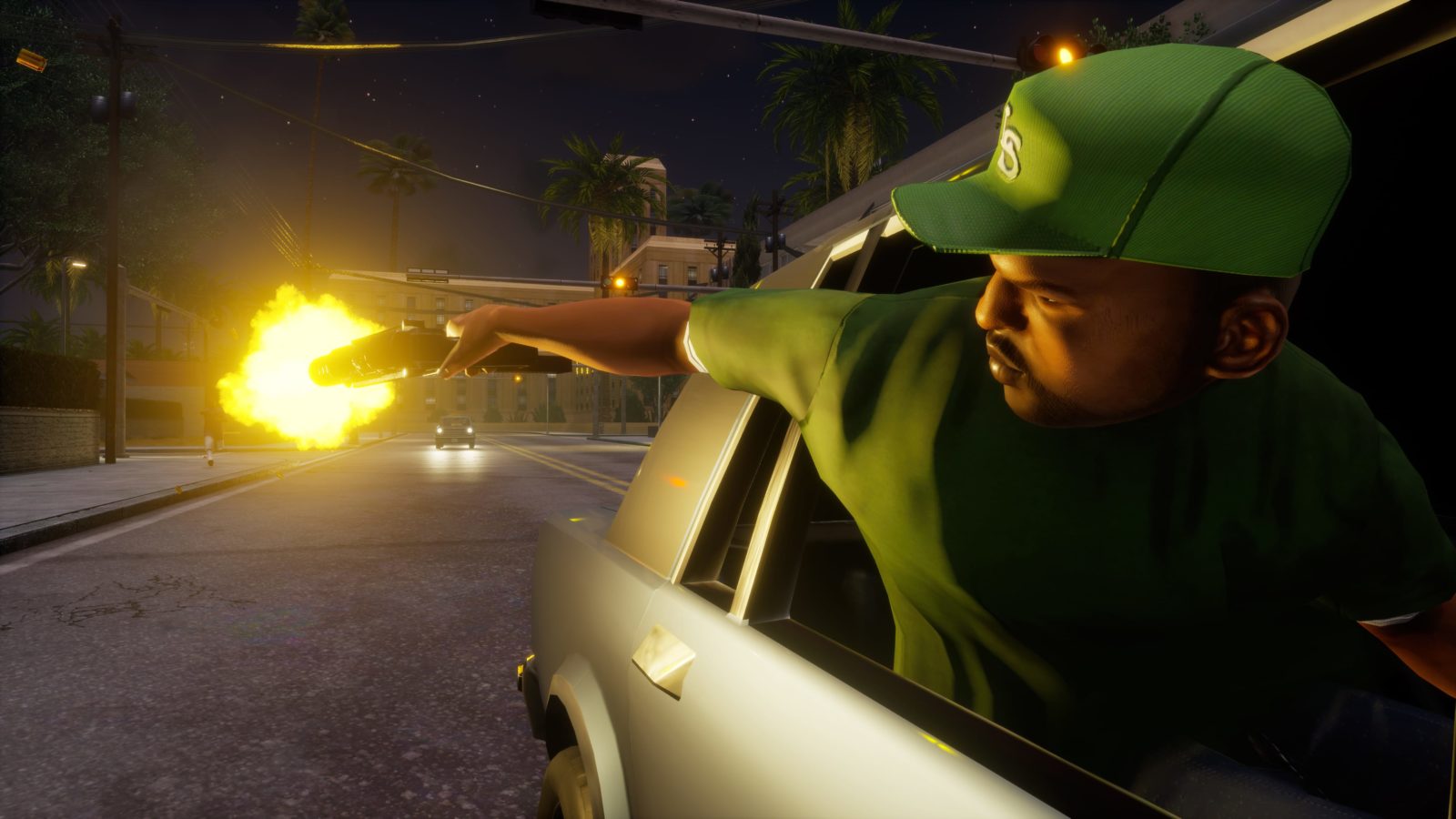 Gear
Relive that vintage GTA magic with Grand Theft Auto: The Trilogy, releasing on November 11
Share this article
Next article

Rockstar Games shows off their remastered Grand Theft Auto: The Trilogy, set for a digital release on November 11. Here’s everything you need to know about it.

It’s safe to say that GTA or Grand Theft Auto played an integral role in our childhood. Whether it was about the missions, the guns ‘n’ glory, the cars, or simply, the freedom of exploring a digital open world. Even though GTA VI is on the cards and 2013’s GTA V is still making waves, those retro classics from our childhood will always be the ones closest to heart, as every gamer would agree. Grand Theft Auto III, Vice City, and San Andreas are perhaps some of the most prolific titles in gaming history, and developer Rockstar Games intend on bringing back that magic.

Just a couple of weeks ago, they announced the coming of ‘Grand Theft Auto – The Trilogy’, which will be a visually remastered masterpiece of those near-20-year-old icons.

So before you plan your trip to Vice City, Los Santos, or Liberty City, here’s a quick crash course on what’s really happening.

Think of it as a major ‘Pay n Spray’ but aiming to also meet contemporary gaming standards. Rockstar Games stated that it will showcase many graphical improvements in all three games. While so, the way the game ‘feels’ will also see big changes. We’re looking at enhanced controls, improved visuals, in-game menus like GTA V, and overall aiming to make it look and feel a lot more realistic. In some aspects, I feel like they’re simply applying the GTA V formula to these iconic titles.

Upon close inspection, we simply see terrific attention to detail with a stunningly improved lighting system and motion mechanics. Take a look at how the lights reflect off the shiny cars or how they glow in some ways. I think this ‘glowy’ look helps it retain its 80s and 90s aesthetic. More so, there’s also a tweak in how the characters walk and drive around. Again, very GTA V-like. I also see much more realistic weather aesthetics and sharper visuals. Most importantly, motion and weapon mechanisms see a major change. I can only remember how many times I failed a mission because of shabby pre-mature controls. So I guess, with modern visuals, you’ll also be seeing modern controls. The magician behind the magic is Grove Street Games.

Currently, as per schedule, Grand Theft Auto: The Trilogy has a digital launch on November 11 along with a physical launch later in December. It’s currently priced at $59.99 or Rs 4,500 (approx.) and will be available on Nintendo Switch, Playstation 4 and 5, Xbox One, Series X/S, and of course, PC.