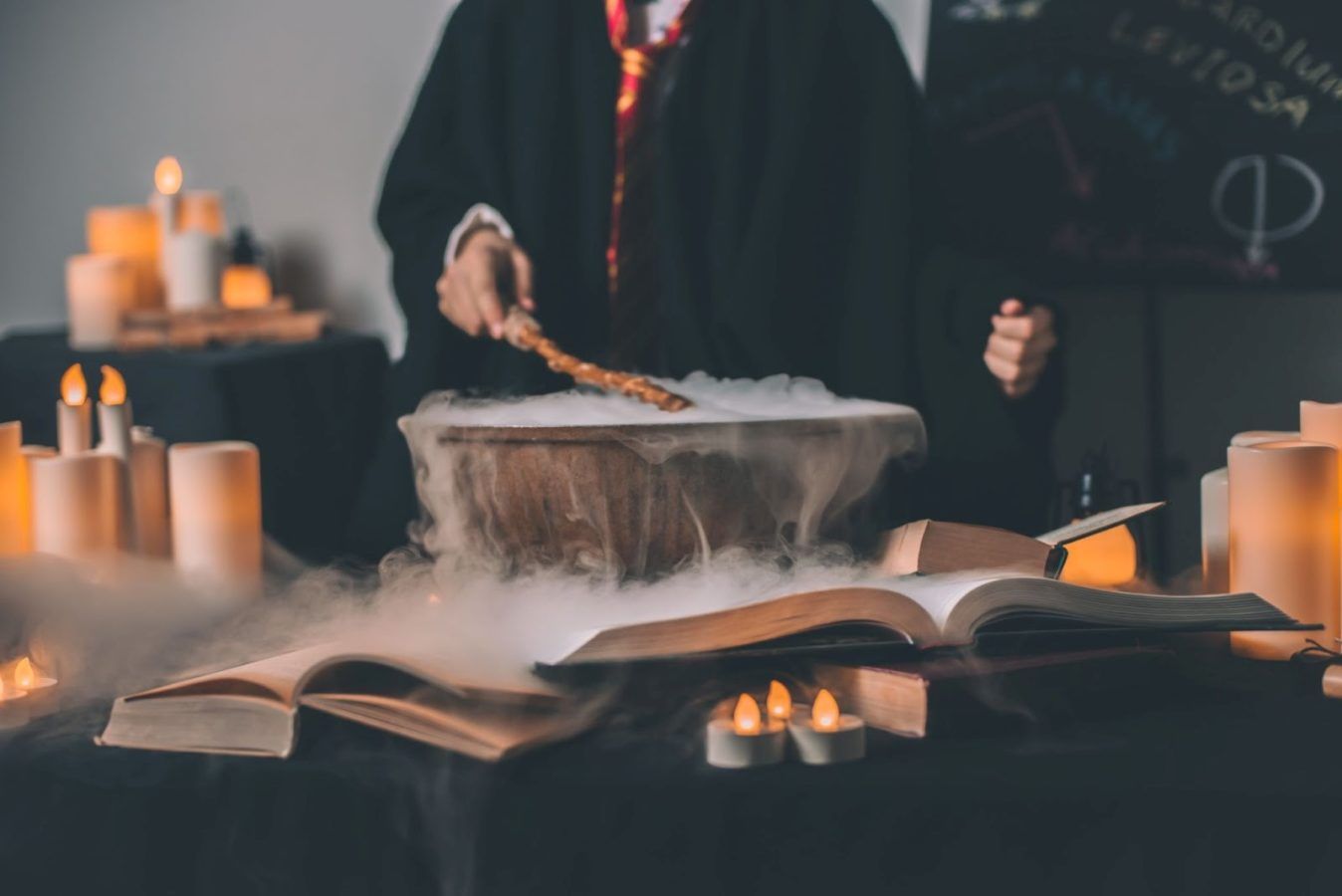 From ‘Lumos’ to ‘Accio’: Harry Potter spells that work on Android or iOS phone

Gear
From ‘Lumos’ to ‘Accio’: Harry Potter spells that work on Android or iOS phone
Share this article
Next article

Looking back at the adventures of Harry Potter (Daniel Radcliffe), Ron Weasley (Rupert Grint) and Hermione Granger (Emma Watson), fans still reminisce about reading the J.K. Rowling books and watching the films for the first time. Every Potterhead as a child hoped to join a school like the Hogwarts School of Witchcraft and Wizardry and wished the magical world to be true. However, every time such a thought cropped up, it was almost immediately thwarted by ‘muggles’ around.

But that did not stop fans from memorising Harry Potter spells with correct pronunciation or pretending to cast them. This caught the attention of tech companies like Apple Inc. and Google, and they made this dream come true, at least to some degree. Smartphone users can perform some Harry Potter spells with the help of artificial-intelligence personal assistants like Siri and Google Assistant.

In 2016, Google announced that some Harry Potter spells will work on its phones. The tech giant, along with Warner Bros, was celebrating the release of Fantastic Beasts And Where To Find Them at the time, with four new locations on Google Street View that will transport users to the film’s world.

Recently, a tweet re-triggered the craze amid Harry Potter fans of using the same spells on their phones. The post dated 5 January 2022 mentioned that ‘Lumos’ can turn their phone’s flashlight on. Potterheads soon shared their excitement on social media of being able to do so.

For this, grab your iPhone or Google Pixel or any Android phone, and say one of the spells to see the ‘magic’. So, even if you may not be the Chosen One to fight against the Dark Lord or fly away on a broom, that doesn’t mean you cannot cast Harry Potter spells.

As fans of J.K. Rowling’s world of magic and witchcraft, every Potterhead has, at least once, tried to turn their lights on by saying ‘Lumos’ or ‘Lumos Maxima.’ Though it may not have worked on your home appliances, it surely will work on your mobile phones.

Casting this spell is super easy, and you won’t need a magic wand for it. (Though we wouldn’t mind one for the feels, would we?) For both iPhone and Android users, the process of casting the spell is the same. Wake up Siri for Apple users and Google Assistant for Android users, and say ‘Lumos’.

Voila! The phone’s flashlight will turn on. Well, in today’s digital era, smartphones are nothing less than wands, aren’t they?

As a counter move, to turn the flashlight off, wake up your phone in a similar manner and say ‘Nox.’ Those using Google Home for their smart electronics can say ‘Lumos Maxima’ and ‘Nox’ to turn on and off the lights.

This wand-lighting charm first appeared in Harry Potter and the Chamber of Secrets (2002) and has been used by stalwarts like Headmaster Albus Dumbledore (Richard Harris), Professor McGonagall (Maggie Smith), Professor Severus Snape (Alan Rickman) and others besides Potter, Granger and Weasley.

The wand extinguishing charm first appeared in Harry Potter and the Prisoner of Azkaban (2004) and has been practised by many, including Filius Flitwick (Warwick Davis).

Trying hard to look for something but just cannot find it at the right moment? Such difficulties are no problem in the magic world when you know the correct spell. The summoning charm ‘Accio’ brings any non-living movable object, which may or may not be in sight, to the caster. It first appeared in Harry Potter and the Goblet of Fire (2005).

In the world of muggles — people sans wizarding prowess — this spell may not bring that lost item to you, but you can surely find apps on your smartphone with its help. Just say ‘Hey Siri’ or ‘Hey Google’ and then ‘Accio,’ followed by the name of the app. For example, ‘Accio Instagram’ will open the app on your device.

Remember the part where Hermione could successfully mute a large raven while Ron tried to silence his toad in vain in Harry Potter and the Order of the Phoenix? The silencing charm renders the victim mute temporarily. However, if it goes wrong, it can swell up the victim, and they would start making strange noises — like those the toad made.

The 21st century poses its own set of disturbances, and there are times when taking a break and going on a digital detox becomes necessary. The first step in this direction is to put phones in silent mode. But why would you manually do so when you can do it like a witch or wizard?

Say ‘Hey Siri’ or ‘Ok Google’ or ‘Hey Google’ followed by ‘Silencio,’ and it will mute the phone’s ringer and notification sounds.

Apple Harry Potter android smartphones harry potter movie
Trinetra Paul
An ardent foodie, Trinetra seeks every opportunity of travelling and writing. Storytelling and slam poetry are her go-to jam. Her lazying around ideas includes binge watching and whipping up some snacks or searching the next place to visit.
Sign up for our newsletters to have the latest stories delivered straight to your inbox every week.