Poornima Seetharaman, a game developer, entrepreneur, the leading lady behind ‘Farmville 2’, and a gamer herself, has entered the Global Hall of Fame for Women In Gaming.

We’ve said this before and we’ll say it again — India’s gaming community has a boom over the past couple of years. And while we have millions of gamers in the country, we tend to forget the game developers who design these games. Last week, Bengaluru-based Poornima Seetharaman, a gamer and developer, entered Women In Gaming’s Global Hall of Fame, alongside several other titans of the gaming industry. With 15-years dedicated to the craft and running her own gaming blog Drowlife, she’s currently the Lead Game Designer at Zynga Gaming, the brain behind games like Zynga Poker, CSR2, and Farmville. The first ever Indian to receive this honor, we caught up with Poornima Seetharaman to talk about her journey and how India’s gaming world is growing.

In conversation with Poornima Seetharaman

Take us back to the beginning — how did gaming find its place in your life?

Gaming is something that started off with humble board games, NES consoles, and Game Boys which finally became a core part of me when I got my first personal computer. On an odd summer day through friends, I was introduced to the enticing world of gaming, and two of the earliest games I began with, was Age of Empires II and Warcraft III. As I bettered at these two games, I also started designing my own campaigns. The more I played and the further I delved, the more fell in love with gaming culture and its dynamics.

Was lovely to meet Adrian from @nomadastudiobcn and his brother Eduardo again! 💖 It was great to discuss some of the games we are working on and our upcoming ones! Thanks Goutham and @vijaycos for making it happen! Those who haven’t yet played #gris please do! And also checkout our very own #MysticPillars by @holycowgames! #indiegames #gamedevelopment #grisgame #videogames #nomada #holycowgames #holycowproductions #IndieGameDev

Tell us about your journey in the gaming industry so far and what has been your core driving force?

I started out as a game programmer purely by chance. In that same firm, thanks to my collegemate and colleague, I got the opportunity to try my hands at game design. I recall falling in love with the Dungeons & Dragons manuals that were given to me for reference for a game I had to design. I barely knew what game design was then, and yet jumped into it, head first, and am loving it still! I’ve tried a range of things – production, product management, heading a studio, being an entrepreneur. It has been an interesting ride full of ups and downs.

I believe games can do so much more, it is such a wonderful and dynamic medium. It’s this strong belief that keeps me going.

How does it feel to be a part of the Women in Games Hall of Fame?

It’s still sinking in but it feels truly great. Even even the nominations came in, I was honored to just be listed with such talented and successful women in the global gaming community. Talking to these women about the current ventures in the field was not only inspiring to me, but also a very cool learning experience as well. 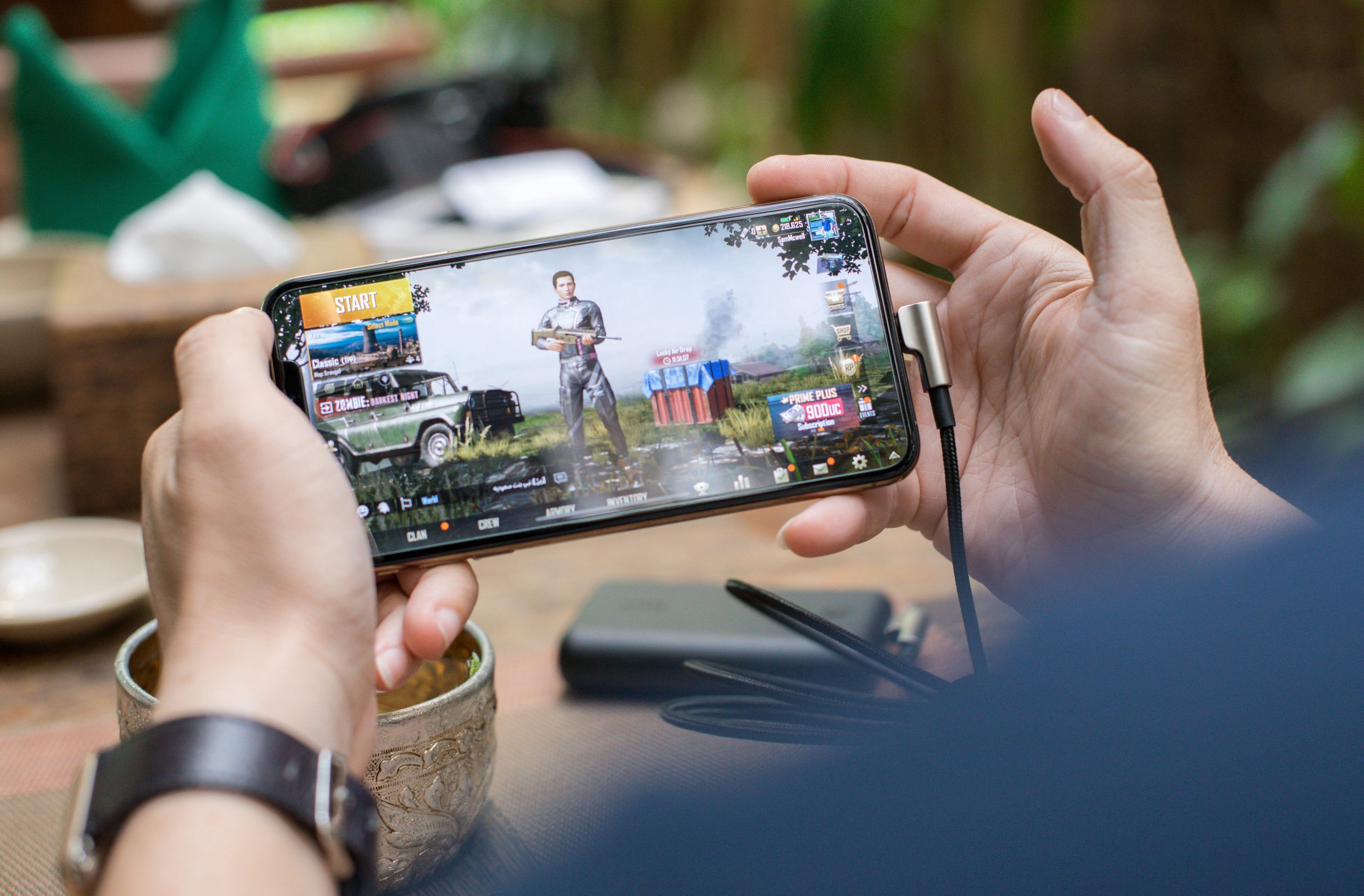 In your opinion, why do you think there’s been such a boom in India’s gaming industry over the past years?

India is unique in a way, compared to a lot of other markets. Smartphones are still a prime commodity when it comes to gaming today. Be it preference or accessibility, I think market penetration, affordable devices and cheap data has been a winning combination for the community and the market. Games are now perceived as a viable product and we’re beginning to turn into a digital commodity. While we have millions of people engaging with games, we also have a lot of game development companies creating these games that are based out of India too.

What do you think are the biggest challenges the Indian gaming game development community faces today?

Since users have a tilt towards smartphones, we see funding move in a similar fashion. Moreover, the focus is on creating free-to-play games, as Indian users are most likely to watch ads than pay for a game. We also have real money / skill gaming and e-sports/fantasy sports that seem to be something Indians engage with more so. This actually focuses the industry and investor attention towards the smartphone sector. So when game developers try to create global centric content, they face hardships with funding.

It’s also the same reason why it’s taking us longer to make a global appearance in other formats and platforms of gaming. Although, that is slowly changing. But the sustainability of it is dependent on how the investors look at game development. 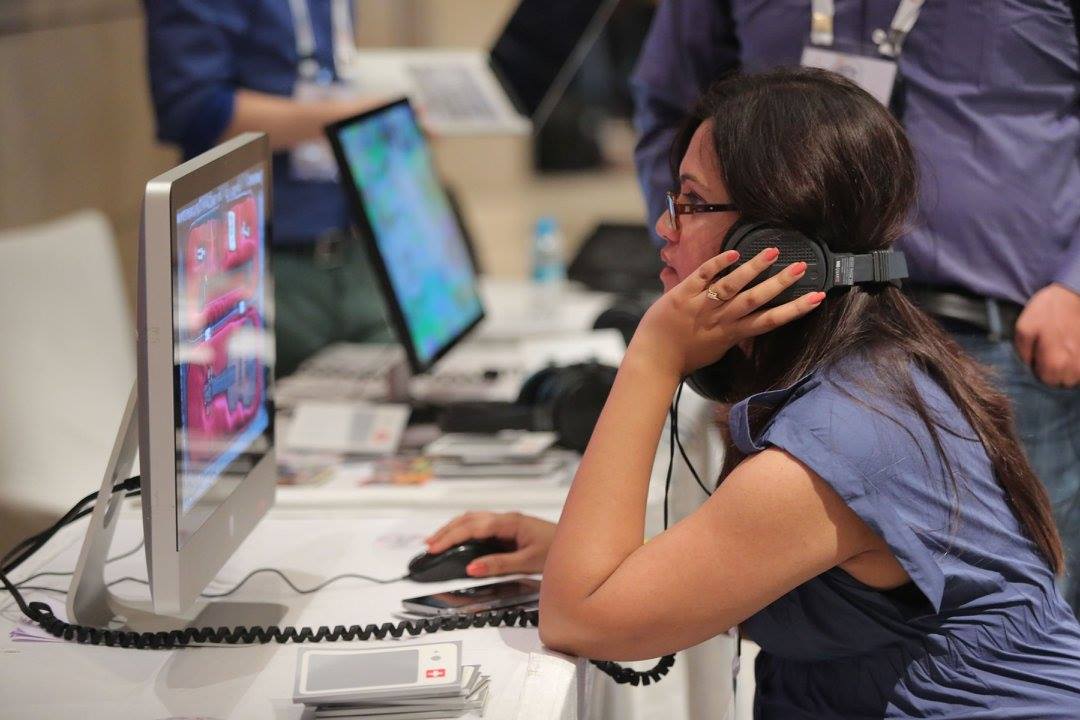 Tell us about what goes into the process of designing a successful game in today’s ecosystem?

There isn’t a secret formula, just three core values — a whole lot of hard work, brilliant marketing, and just the right amount of luck. But even then, you may be surprised. I believe it’s essential to figure out your target market, the scope for growth and budget. However, the game’s marketing plan, is the game’s success.

Your favourite project so far?

BioShock Mobile! Back in 2009-2010, when I was working with Indiagames (now Disney India), I got the opportunity to work on the mobile version of the hit video game BioShock. These were for feature phones (BREW platform). We didn’t have many options to choose from for the development engine and we actually made the game in our own proprietary engine called ICE 3D. We had to come up with innovative solutions for everything to ensure we can fit the vast universe of BioShock into this tiny screen in under 4-MB (which was considered to be a larger size granted to us by the mobile network operator). But we pulled it off.

In all of gaming today, what’s your dream project to work on?

My late aunt, Guru T.R. Balamani had devoted her entire life to teaching Carnatic music (South Indian classical music) and today her students are famous musicians. When she passed away in 2014, I wanted to pay a tribute to her in my own way and that gave birth to my dream project called ‘Madhuram’, which means sweetness. It is a Carnatic music inspired puzzle adventure game that takes the player on a journey of Navarasa (nine emotions).

Which are the games today, Indian gamers must keep an eye out for?

There’s no shortage of homegrown names when it comes to game designing and we definitely have reason to be proud of them all. I’m going to give a shout out to a few made-in-India games.

Tell us about a few of your favourite games.

Age of Empires II, Warcraft III, and Zeus. The one on my radar right now is Gris.

Gear
A TV that doubles up as art? Meet Samsung’s breakthrough tech-décor, The Frame

I’m currently essaying the role of Lead Game Designer at Zynga. I plan to set up a dedicated community in India to promote women and marginalized genders in games. And am definitely hoping to get back to completing my dream project.