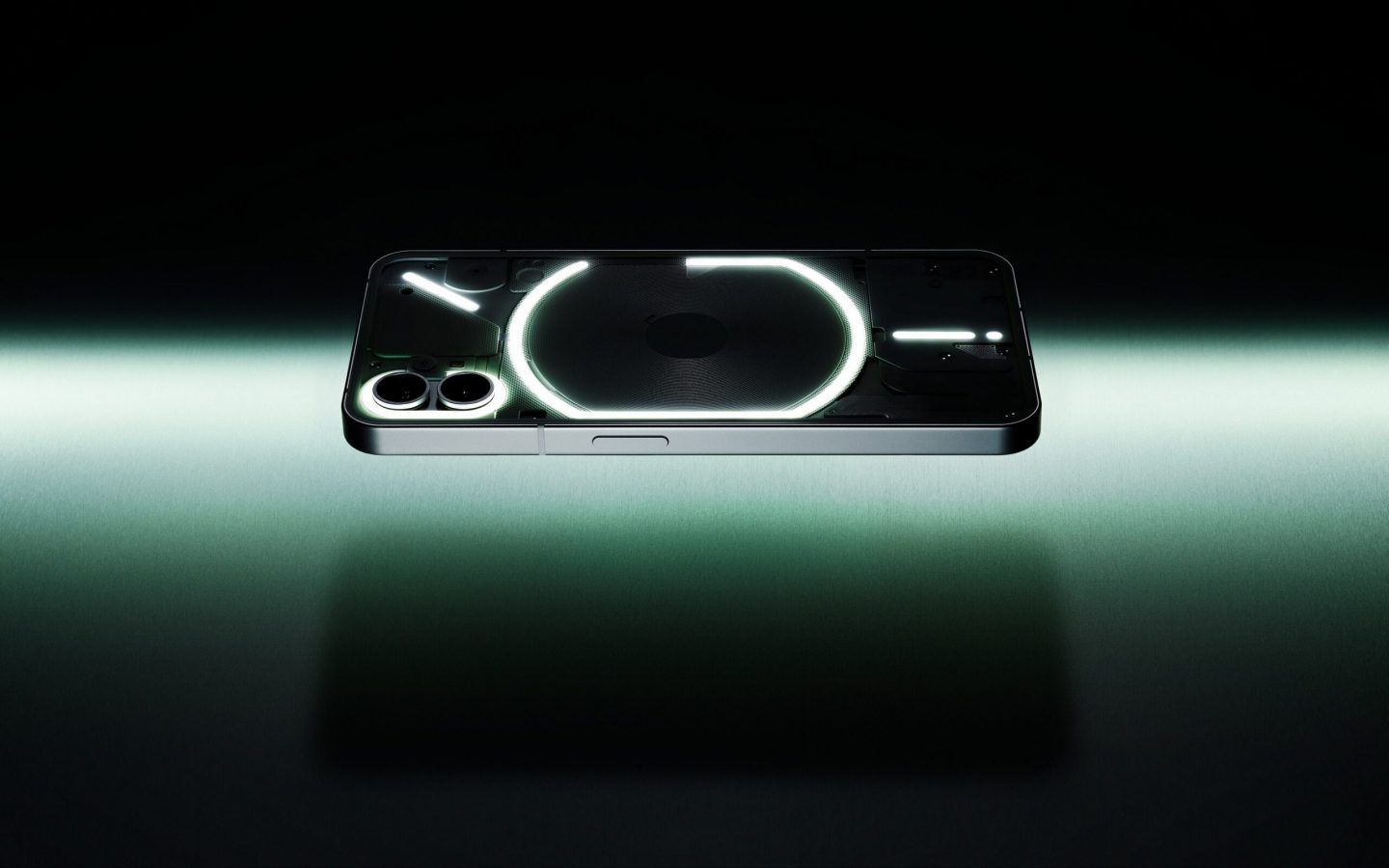 After months of hype, we finally got our hands on the Nothing Phone (1), the newest entrant in the wildly competitive mid-range smartphone league. Here’s our review.

Nothing, are really something. Something quite unique, actually. They promise a refreshing take on everyday tech, or as they claim, “Making tech fun again”. Trust me, after spending a solid two weeks with the Nothing Phone (1), I can most certainly concur with that. There were other claims like “Bring us back. To us”, having “deeper interactions” and showcasing “brave simplicity”. Hmm, I’d just go with the latter for now. It may not be a silhouette that will revolutionize the smartphone industry but it’s definitely a funky smartphone in a cookie-cutter and clustered market where brands are simply trying to one-up each other with no unique substance be it in form or function.

So what’s Nothing’s special recipe? An industrial, skeletonized design, a revamped back-to-the-future OS, fancy lightwork on the back and a sweet starting price-tag of Rs 32,999. 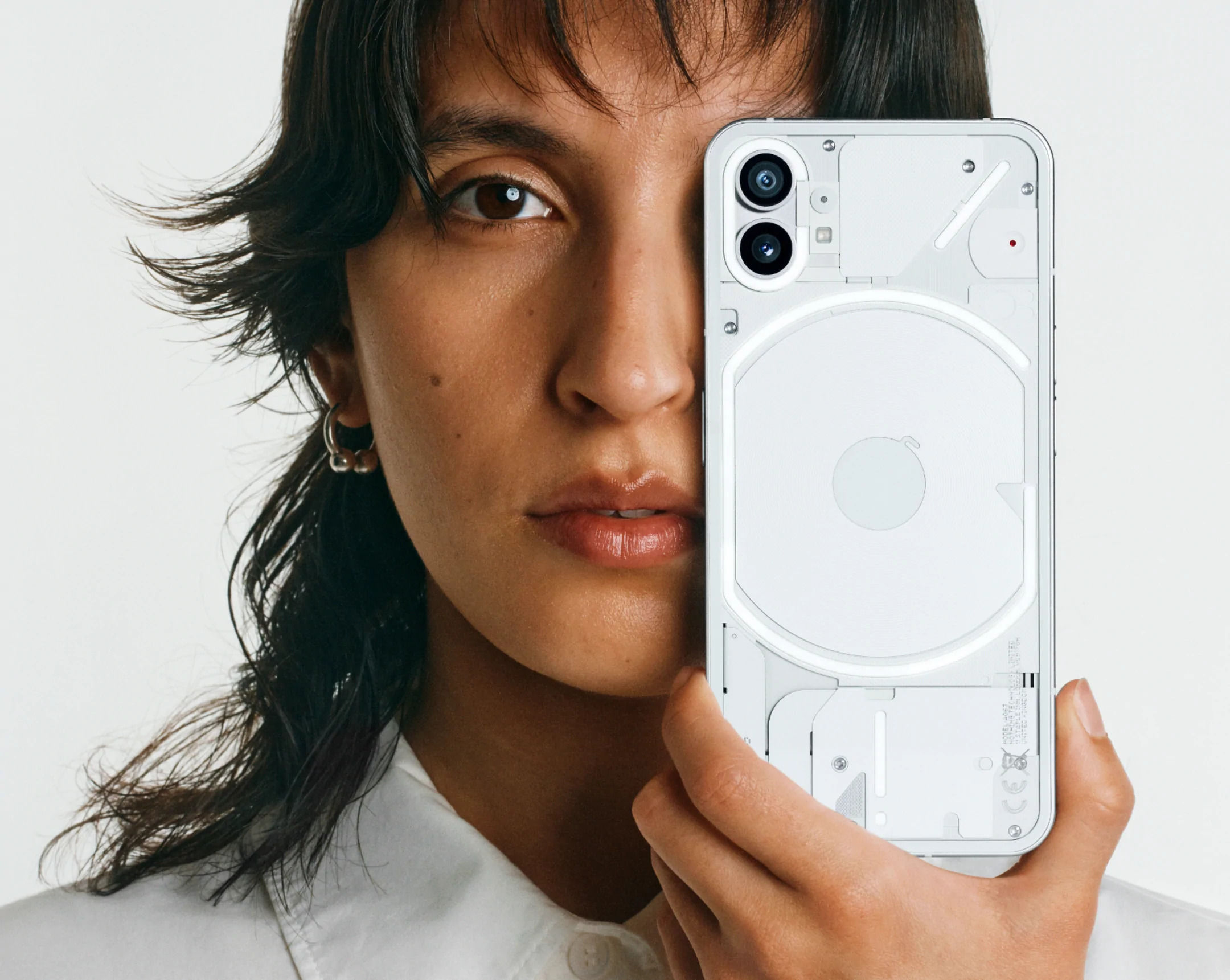 Let’s talk about the main attraction first – The lightwork, or as Nothing calls it, the “glyphs”.

They comprise of 900 LEDs that sit underneath the glass back. Work mainly as illuminating notifications, you get 10 ringtones and alert tones to choose from, each boasting unique lightwork combinations. The last time I saw the use of flashy lights for notifications was during the Blackberry era, which undeniably was quite an attractive feat. However, on a similar beat, Nothing’s Phone (1) has refined this LED notification feat for 2022, giving it a retro-yet-futuristic feel. I’m actually quite impressed with the precision in synchronization the LEDs have with the ringtones. The extensive hours of R&D that went into perfecting this, is quite prominent. But while this may be a feature that ‘looks’ cool, how smart is it? While working or even lounging, our smartphones are always placed face-up. So in order to see the Phone (1)’s glyphs in action, the phone will have to face-down. So every time you see the Glyph light up, you know there’s a notification waiting for you. But is it from Zomato? Instagram? WhatsApp? Gmail? You can’t really tell. So the only way of knowing who actually buzzed your smartphone is by flipping it over, face-up. Until then, it’s just blinky lights.

However, despite this, I do feel like this is a very impressive feat and perhaps my favourite detail about the phone. No other smartphone in the market offers this. It truly is one-of-a-kind in today’s landscape. Moreover, it’s a brilliant show of LEDs and a highly eye-catching feat. Another interesting feat was that while charging, two LED panels, one’s a blot, other’s a bar, placed close to the charging dock act as progress bars. So you don’t have to keep turning the device on to check how much juice it holds. Neat! 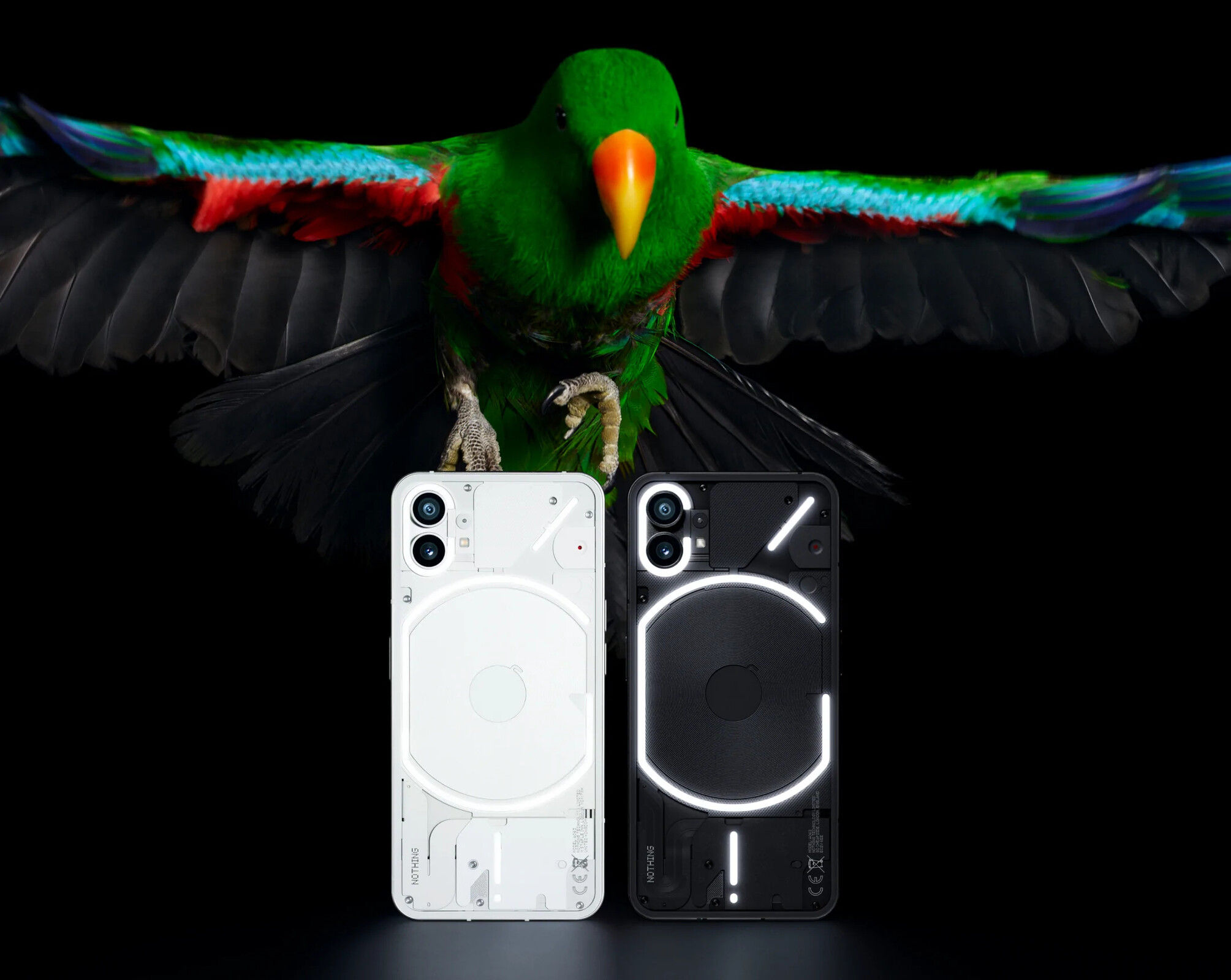 In terms of design, it’s hard to ignore its resemblance to the iPhone’s square-cornered silhouette. When I showed the Phone (1) to a few friends, a few even believe it was actually a stripped-down iPhone! But well, upon close inspection you’ll realize that it really isn’t. In fact, it boasts a design language unlike anything in the industry today. This skeletal/industrial/stripped-down aesthetic is truly stunning in our books. It’s eye-catching, neat, and intriguing. More so, The button placement too is much like the iPhone. A few noticeable design differences between the Phone (1) and iPhone – The buttons are larger, the SIM slot is towards the base, swapping out a speaker, the bezels are thicker than the iPhone, and there’s a punch-hole camera setup on the screen instead of the usual sensor dock. So yeah, similar, yet different.

Next, the OS, which too, embraces the retro-futuristic emotion. It’s a refined take on Android 12 and it’s simply stunning. Everything’s quite simplified, deliberately kept to the point, with no fluff. As of now, only the Camera and Recorder icons are in Nothing’s unique design language pack. Which look quite cool so I really do hope they revamp the rest of the icons too.

Arriving in a single size, it boasts a 6.55” OLED display with Corning® Gorilla® Glass and HDR10+ visual brilliance. You get an under-screen fingerprint scanned as well as face recognition. The display is buttery smooth. I’m genuinely impressed with how seamless and quick this interface and the pace of this smartphone is. One of the key reasons for this is its 60-120-Hz adaptive refresh rate and 240-Hz touch sampling rate. I think we could give some credit to the 12-GB RAM under the hood, which too seems quite sufficient and efficient. The Nothing Phone (1) also houses a Snapdragon™ 778G+ chipset and an Adreno 642L GPU. Not the best in the game, not it’s no slouch either. All in all, absolutely zero complaints in this department. 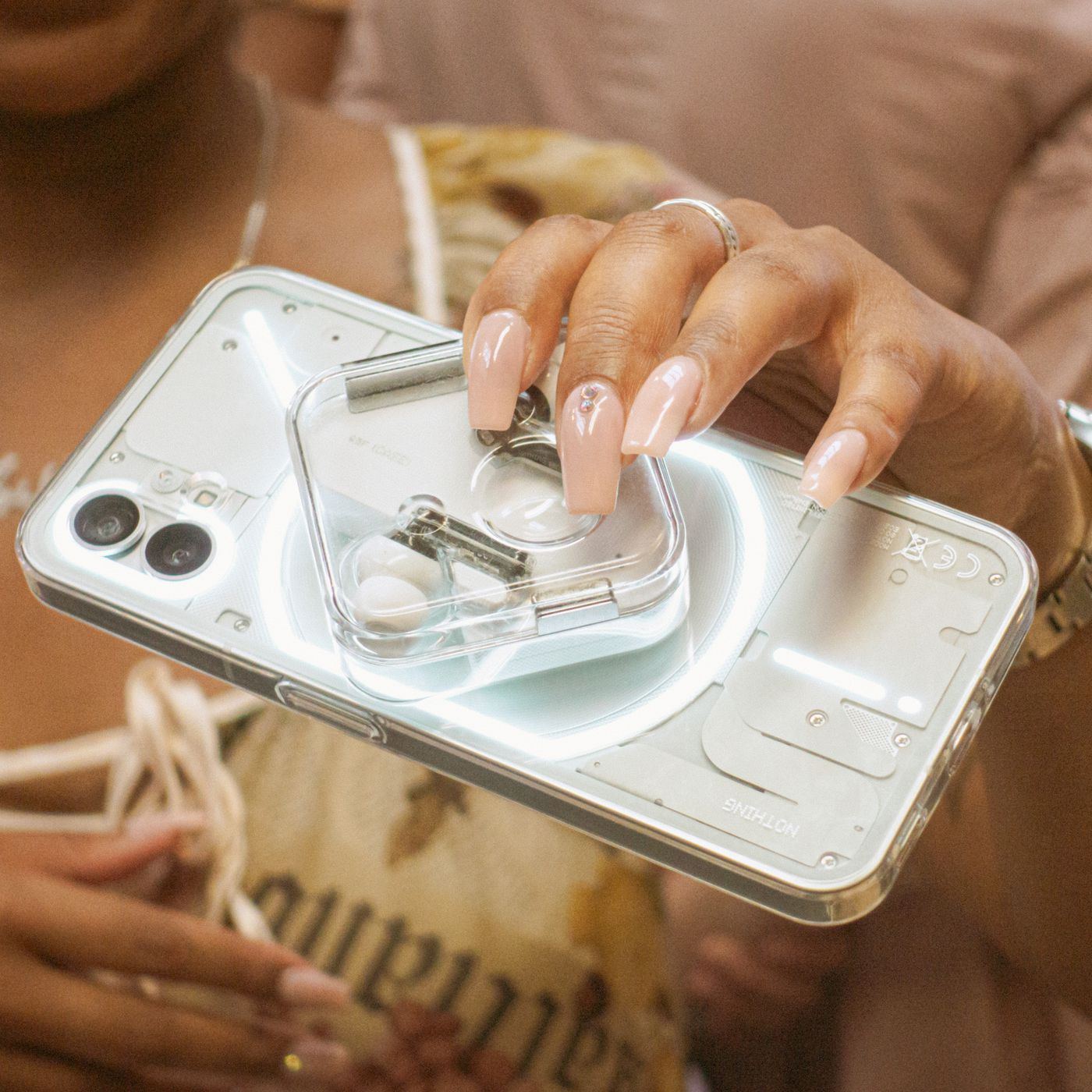 You get to choose between 8-GB+128-GB, 8-GB+256-GB, and 12-GB + 256-GB. I’d suggest choosing the top-end version simply because the 12-GB is comfortably quick and the 256-GB because we need to be generous with our storage choices in today’s climate considering you’ll the size of professional-spec videos you’ll be taking on this smartphone. 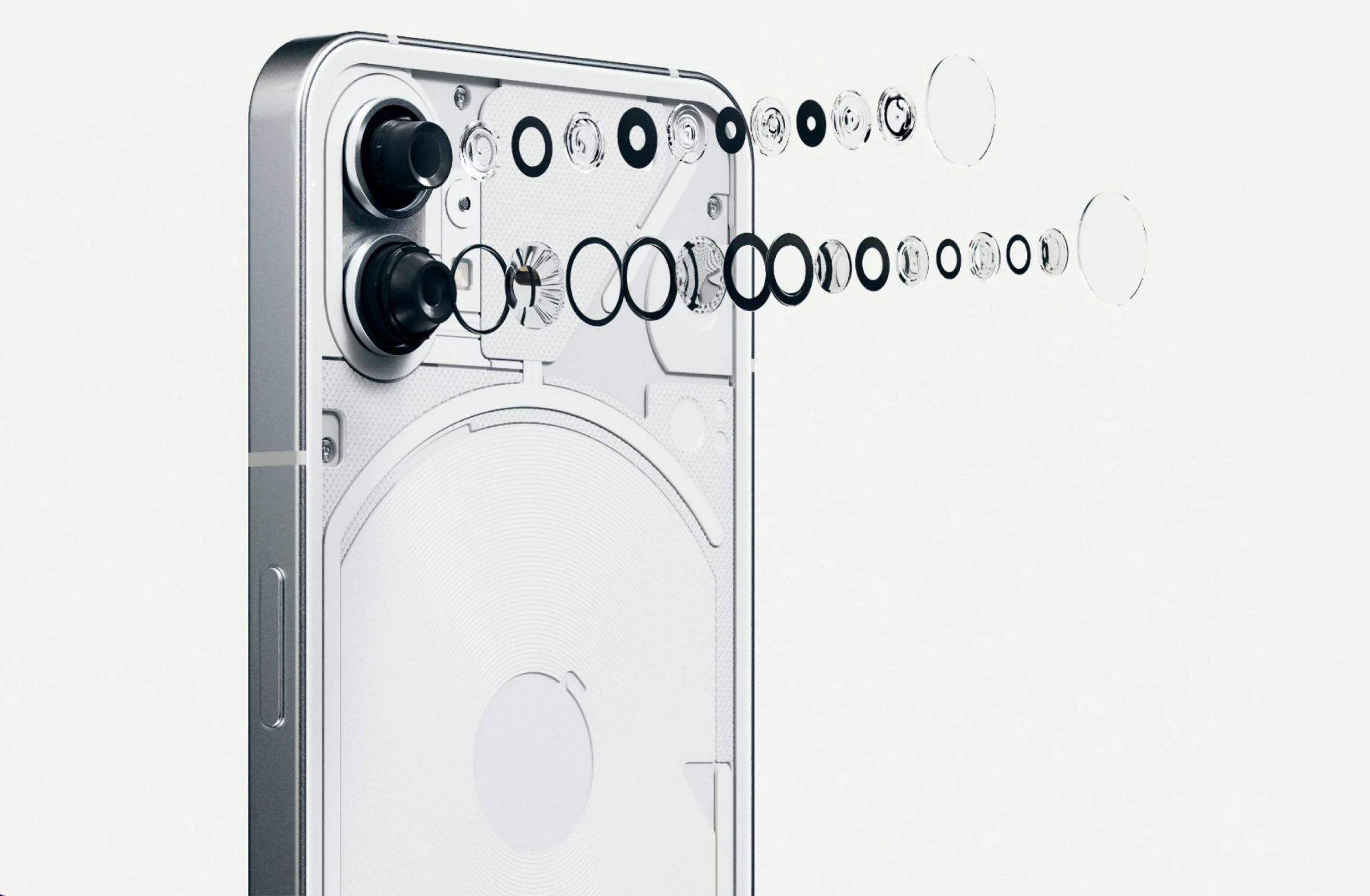 Speaking of which, this brings us to the camera deck. We have a 50-MP Sony IMX766 sensor primary and a 50-MP Samsung JN1 sensor Ultra-Wide. To the front, you get a 16-MP Sony IMX471 punch-hole camera.

I’m quite impressed with the Night Mode on this thing, it truly surpassed my expectations and its specs on paper. Do keep in mind that the colour depth and black balances are pretty strong here. Much more than one might expect. While I think the cameras are pretty good, I wouldn’t give it a 10/10. It’s crisp, clear, smooth and smart, but I think there’s still some room for improvement. Also, for Macro shots, you can actually use the Glyph lights. Nice touch there. I’d give the camera department an 8/10.

All of this is powered by a 4500-mAh battery that supports 33-W PD3.0 wired charging promising a full charge in 70 mins. Also, 5-W wireless charging and when this is in action, the a section of the Glyph surrounding the coil, lights up. 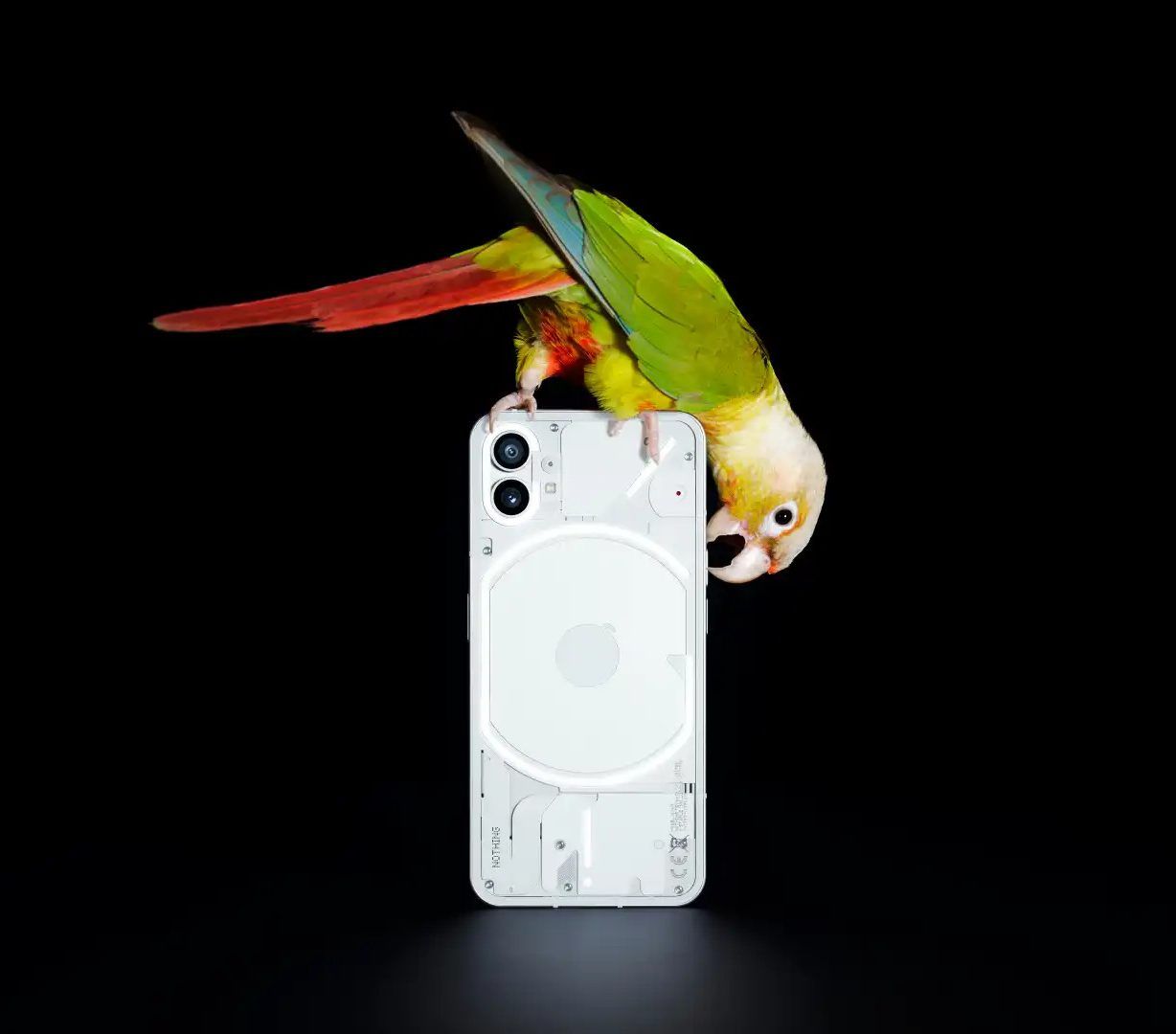 The Nothing Phone (1) is undoubtedly the most hyped smartphone of 2022 and there are plenty of reasons why it lives up to that hype. Firstly, at a starting price of Rs 32,999, you’re getting a phenomenal amount of fancy specs and a smartphone experience unlike any other. I do think the Glyphs and the bare-back design will be two of the key reasons as to why one would want to purchase this device, but even if we take that out of the mix and focus on hardware and software, it’s a brilliant device and an absolute steal for its price. It’s really a fun device to use and it comes with a highly refreshing smartphone experience.

I’ve seen plenty of headlines calling this the ‘Flagship Killer’, well, it really isn’t. On paper, it’s definitely in a league below the titans of the smartphone industry. It may not have the best chipset in the game or a camera department for shutterbugs to drool over, but does that necessarily mean it’s not as good? I think of the Nothing Phone (1) running its own race. It may not be better, but one thing’s for sure – It’s different.

All images: Courtesy Nothing

Decline in resale of NFTs: Is the golden age over for NFTs?