While multinational giants like Apple and Samsung compete for the title of the biggest technological powerhouse with a newly designed smartphone every few months, the future-driven American tech company, Royole, has broken new ground by crafting the world’s first foldable smartphone. Called FlexPai, this smartphone boasts dual screens that fold open into a tab. With a notebook opening mechanism, the FlexPai is notably the only smartphone in the world that can be reshaped to meet user demands using a single screen.

“The Royole FlexPai foldable smartphone provides mobile phone users with a revolutionary, different experience compared to traditional phones. It perfectly solves the contradiction between the high-definition large-screen experience and portability, which introduces a whole new dimension to the human-machine interface,” says Royole founder and CEO Dr Bill Liu. “The phone’s inherent design will forever change the consumer electronics industry, as well as the way people interact with and perceive their world.”

In an attempt to revolutionise the technological industry, the Flexpai is currently Royole’s flagship model, expressing an extremely unique brand objective. The phone comes equipped with a AMOLED 7.8 inch 180 degree rotatable full-colour display, 4:3 aspect ratio, and 920 x 1440 resolutions along with 20 and 16 megapixel cameras. When folded, three screens (primary, secondary and edge) are available with the following aspect ratios and resolutions: Primary = 16:9/810×1440; secondary = 18:9/720×1440; edge = 21:6/390×1440. 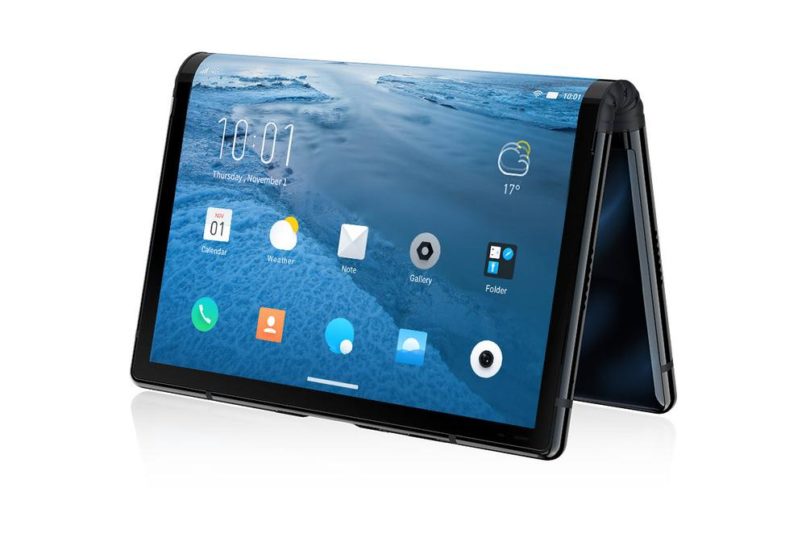 The device operates with a unique Water OS over a sturdy Octo-Core Qualcomm Snapdragon 8 series SoC. In terms of RAM and internal storage, Flexpai features two versions, 6 GB and 8 GB, which pack 128 GB and 256 GB respectively. All of this powered with a 3800 mAh battery.

In additional features, the device supports fingerprint scanning, ambient light, proximity, accelerometre, multi-axis gyro, compass, hall effect sensor, and a barometre. With a price-tag of US$1,588 for 128 GB, and US$1,759 for 256 GB, Royole have been undeniably generous with this package.