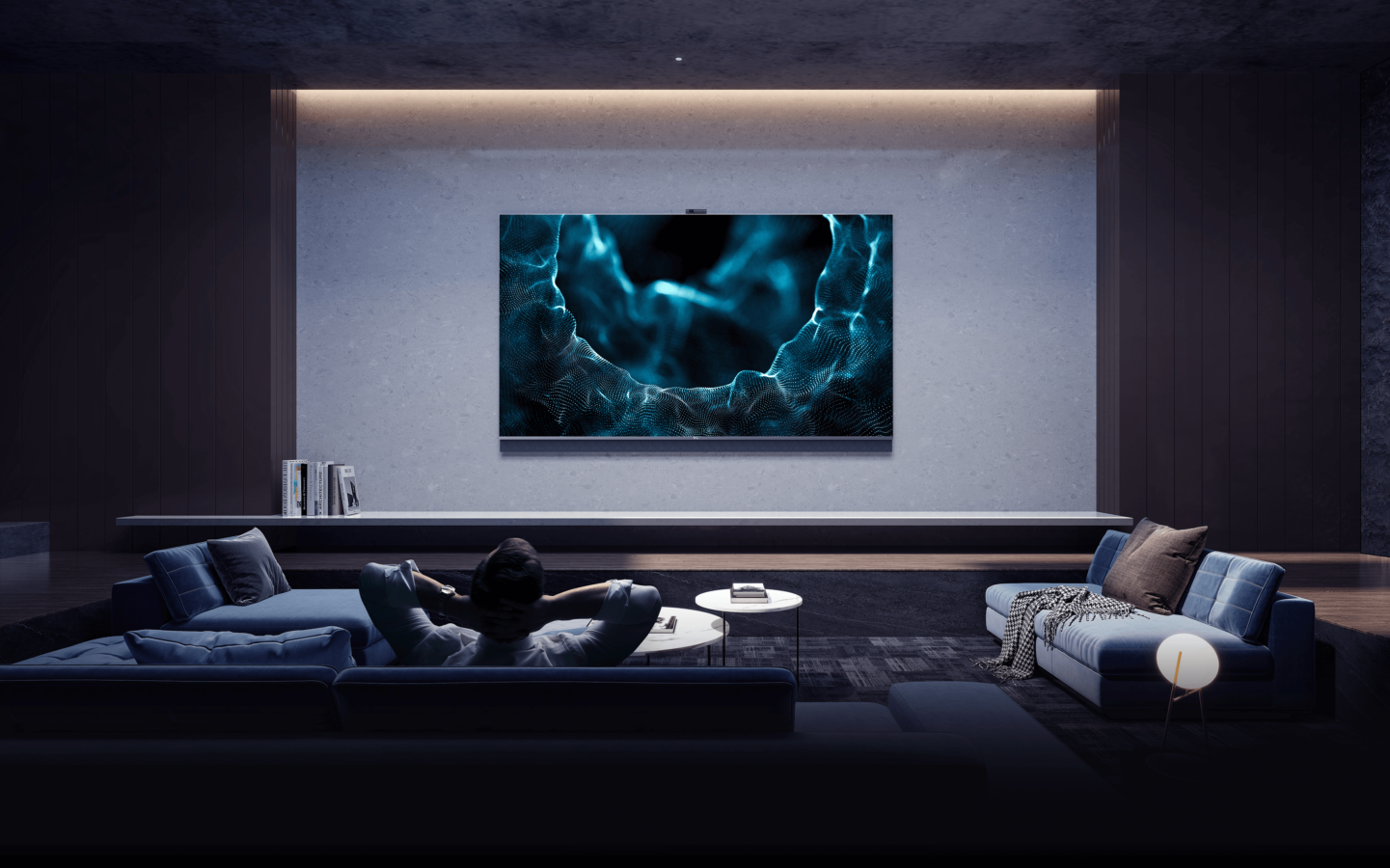 We spent a week with the TCL C825 Mini-LED TV, the brand’s new hardware-packed Android TV and a first of its kind in India.

A television set is perhaps the most critical accessory of your living room. Of course, it’s a digital window to all things entertainment, but in the 21st century, we want more. I’ve always wondered if televisions have already gotten so overly connected and intelligent, what ups the ante further? We already have pixel-perfect graphics, elegant design, and AI, so what’s next? Well, after spending a week with the TCL C825, I think I’ve found my answer. It isn’t software, it’s hardware. It’s not only about the magic, but also what’s facilitating it. And safe to say, this TCL set is an absolute hardware juggernaut. Let me explain why.

Sitting in my living room today is a 55″ TCL C825 Mini-LED 4K Android TV, and before I could share my thoughts on this, how about you quickly peep at the brochure? Particularly the spec sheet. You’ll instantly realise, this television set seems pretty solid on paper, and you haven’t even seen it in action yet. This was our first impression of this TCL. What you also need to know is that this TV is seriously heavy. It weighs a net 25-30 kgs which might be too much for a wall-mount setup. I’d advise keeping this one resting in a cabinet.

When it comes to visuals, you need to realise that this isn’t a traditional back-lit television, it’s a Mini-LED, which is a whole new breed of visual brilliance. Expect a great dose of vibrancy here and knock yourself out with Dolby Vision IQ. You’ll see a notification pop up whenever Dolby Vision IQ is enabled, it usually depends on whether your streaming content offers that spec. 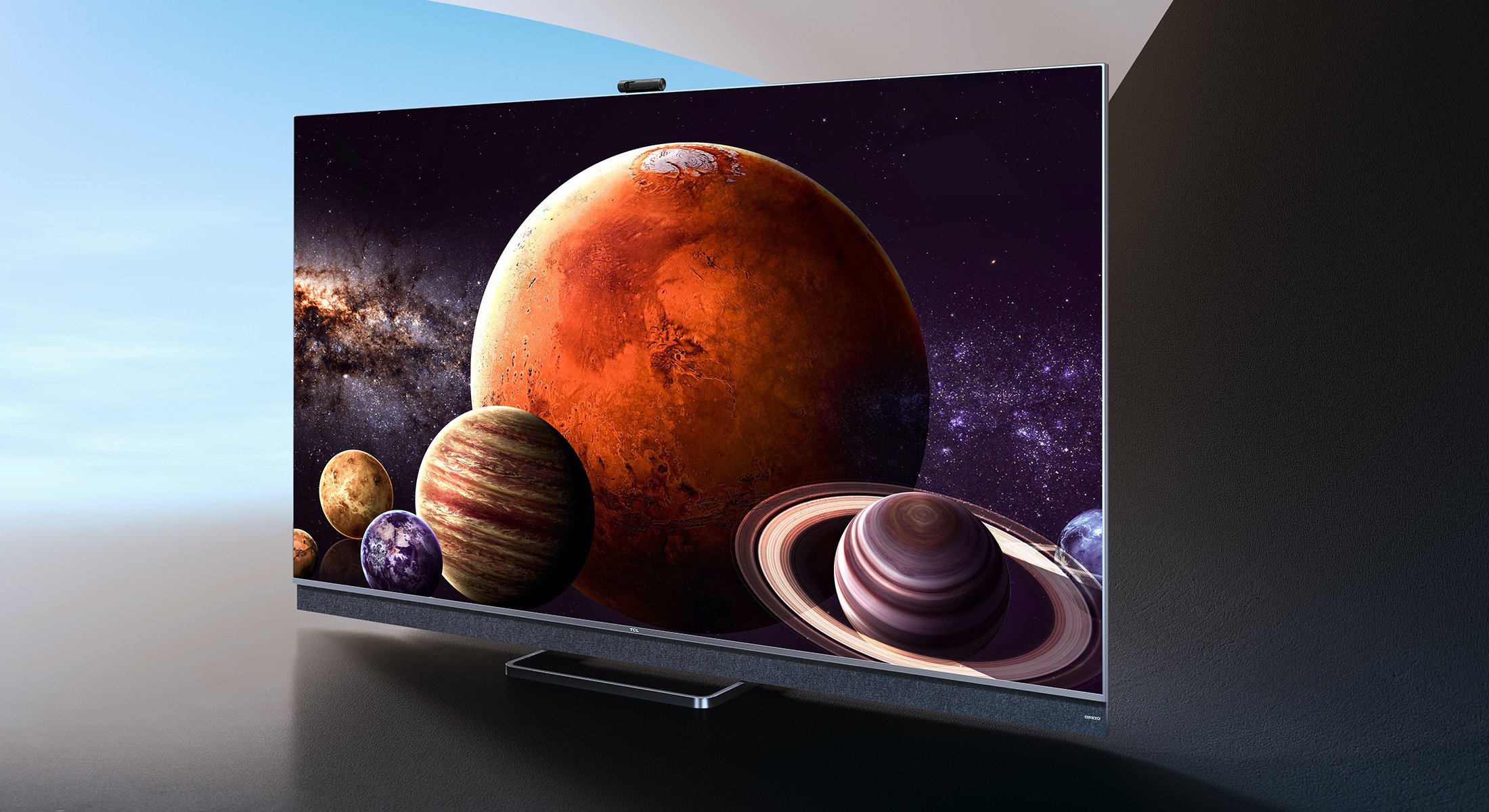 The endless amount of LEDs fitted ensures the colours are shown in their purest form. However, a small area of improvement I found, is how the television manages darker visuals. I’d certainly like the black spots to be a bit more intense. Fresh out of the box, factory settings may be the best as they may lead to overexposure and loss of sharpness in visuals. It’s essential to turn on ‘Adaptive Brightness’ and ‘Adaptive Content’ in the setting’s ‘Intelligent Picture’ section, this way it auto-adjusts brightness and exposure in terms of room lighting and content being streamed. 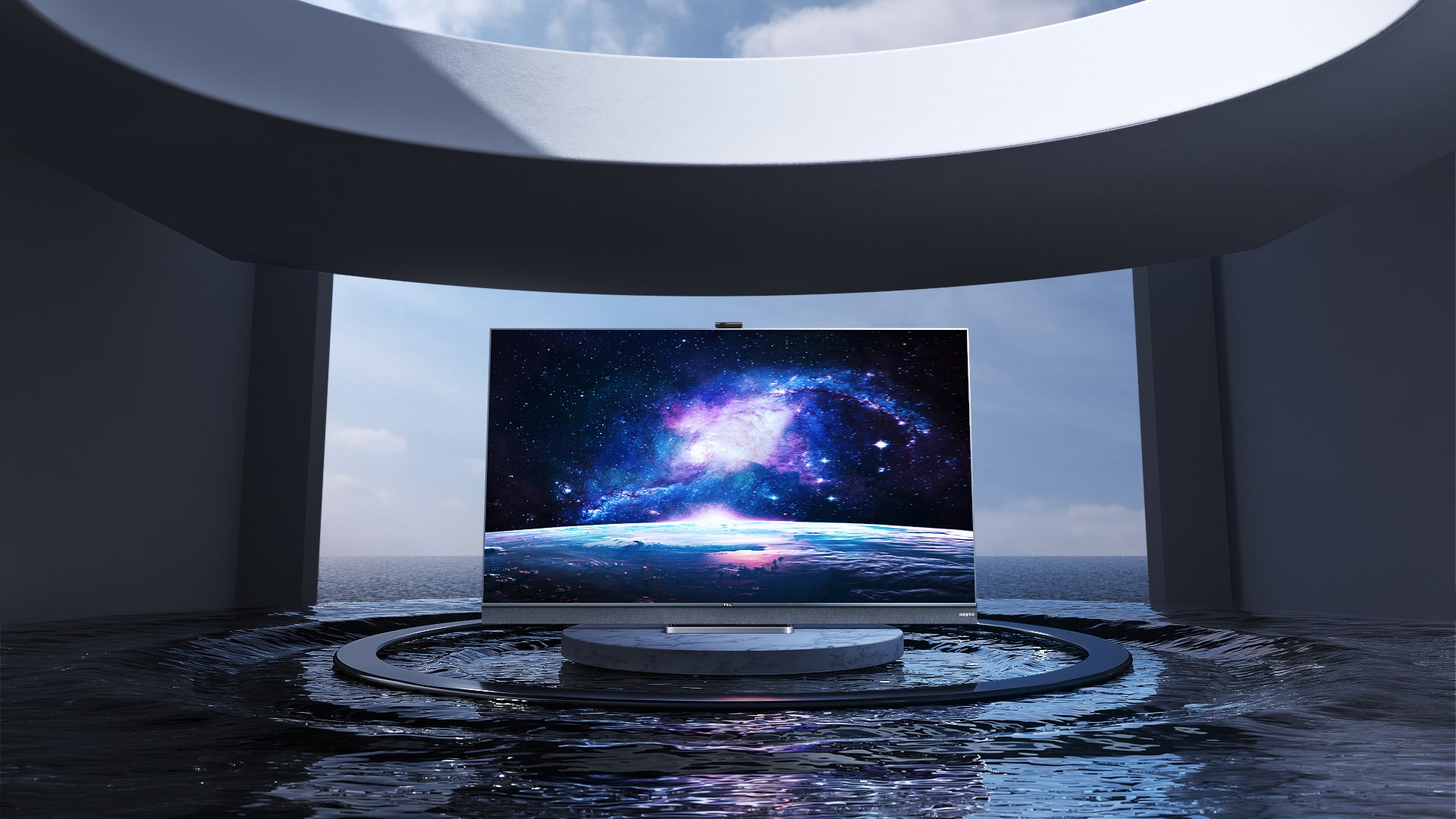 As a tech purist, nothing hurts more than a television set with exquisite graphics, yet poor sound. Sure, it’s an industry standard of being ultra-sleek and elegant, but we can’t forget, it’s also the audio that provides that theatrical experience.

I feel like the good men at TCL, feel the same way in this matter. They’ve addressed this by fitting in a sub-woofer, which is also perhaps my favourite spec of this TV. The ONKYO 2.1 20W subwoofer is placed on the rear side of the TV and seriously boosts the audio experience. Typically, I’ve noticed that TV sets require an additional soundbar and woofer that matches their great visuals. However, the TCL C825’s built-in subwoofer is seemingly enough to do the trick. It’s enough thump and bass one would want for a medium/large living room. The cherry on top? Dolby Atmos, that offers multi-dimensional audio. 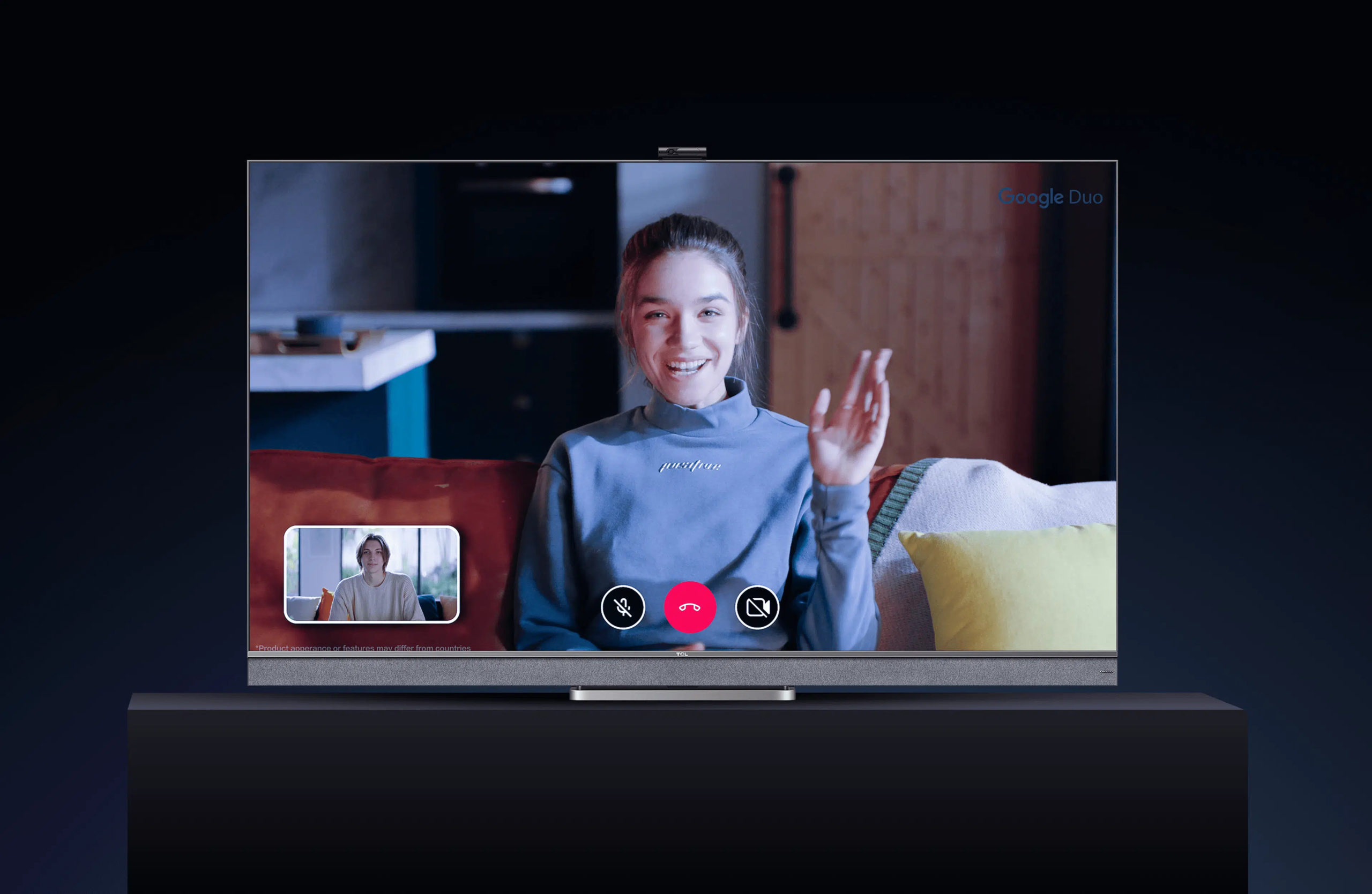 Also, here’s something you don’t find too often — a magic camera. This magnetic attachment can be used for Google Duo meetings and gesture controls. Yes, gesture control, another feather in its hat. You can fast forward, rewind, pause, play, or take selfies while watching TV. While all of this is cool, there’s a bunch of sensible features too. MagiConnect allows you to control the TV using your smartphone. However, if you’re feeling a bit lazy, just say ‘Okay Google’, this is built-in too. All of this is operated over an Android OS, which offers a smooth interface that further compliments the 120-fps refresh rate. However, on occasion, I’ve noticed crashes and lags, which usually happen if you operate things too fast.

The TCL C825 Mini-LED 4K Android TV is undeniably a stunning piece of tech, especially for a price of Rs 1.15 lakh. While all the fancy features impress us, I think it is largely thanks to what’s powering it under the hood. The subwoofer is suitable for a medium or slightly large living room space. This is perhaps the first television set where sound quality is at par with visual calibre. Big win for TCL there. Also, just to reemphasize, this TV is quite heavy. While I got my hands on a 55″, I think the bigger 65″ model would be a better pick, considering the extra 10W you get on the woofer and bigger screen. The only two disappointments I had were the inconsistency in black visuals and the occasion app crashing. All in all, I’d say this one’s a solid 7.5/10.