Home > Gear > Tech > What’s the best smartphone for you? Find out in this list of the top phones of 2019 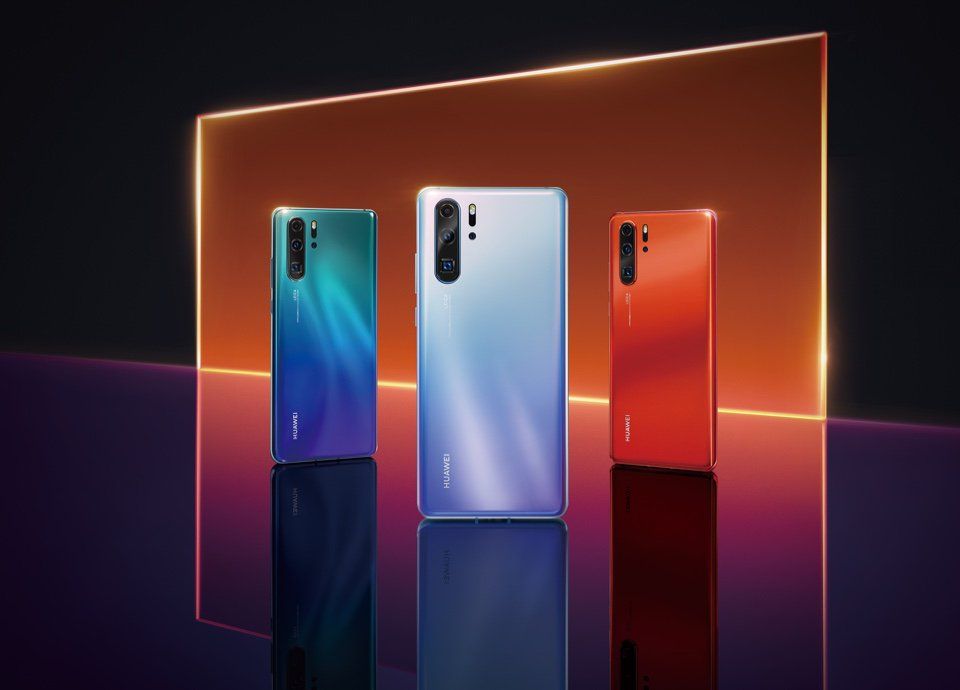 What’s the best smartphone for you? Find out in this list of the top phones of 2019

Gear
What’s the best smartphone for you? Find out in this list of the top phones of 2019
Share this article
Next article

With the Indian smartphone market being valued at $522 billion, we wouldn’t be surprised if smartphones soon replaced our laptops, cameras, and became our personal assistants. In this day and age, a smartphone isn’t just for communication – it has evolved into an efficient tech tool that is deeply invested in our day-to-day lives. Which is why it’s important to pick the right one. So which are the best smartphones to buy in 2019 so far?

Before we get into that, it’s important to know of the two biggest developments the smartphone industry over the past few months. 2019 has truly been a rollercoaster for the players in this field. Foldable smartphones, with their large screens that could fit compactly into the pocket, were a rage that died just as quickly as it rose. Championed by Samsung and the infamous Galaxy Fold, the genre was taken forwarded by Huawei, who unfortunately had their Android licence revoked under question, which led to a major halt. The year has also seen several phones characterised by the uniqueness of their cameras. In the age of Instagram and people documenting every moment of their lives via images, these phones negate the need for powerful standalone cameras.

When considering buying a new phone, there is a simple enough checklist to follow. This includes camera quality, ease of use, and system performance. Being the three pillars of smartphones today, this will help you determine which smartphone is up to the mark. And by further appraising its attributes, you’ll be able to figure out which smartphone suits you best. The spectrum is usually segmented into smartphone photography, gaming, and all-round digital assistance. This could be best defined by the iPhone XS, the OnePlus 7, and the Google Pixel Series respectively. In the list of smartphones below, you’ll find the best smartphones available in the market today and why we think they’re the best in their respective fields.

Gear
YouTube Music or Spotify? We tell you which streaming service suits you best 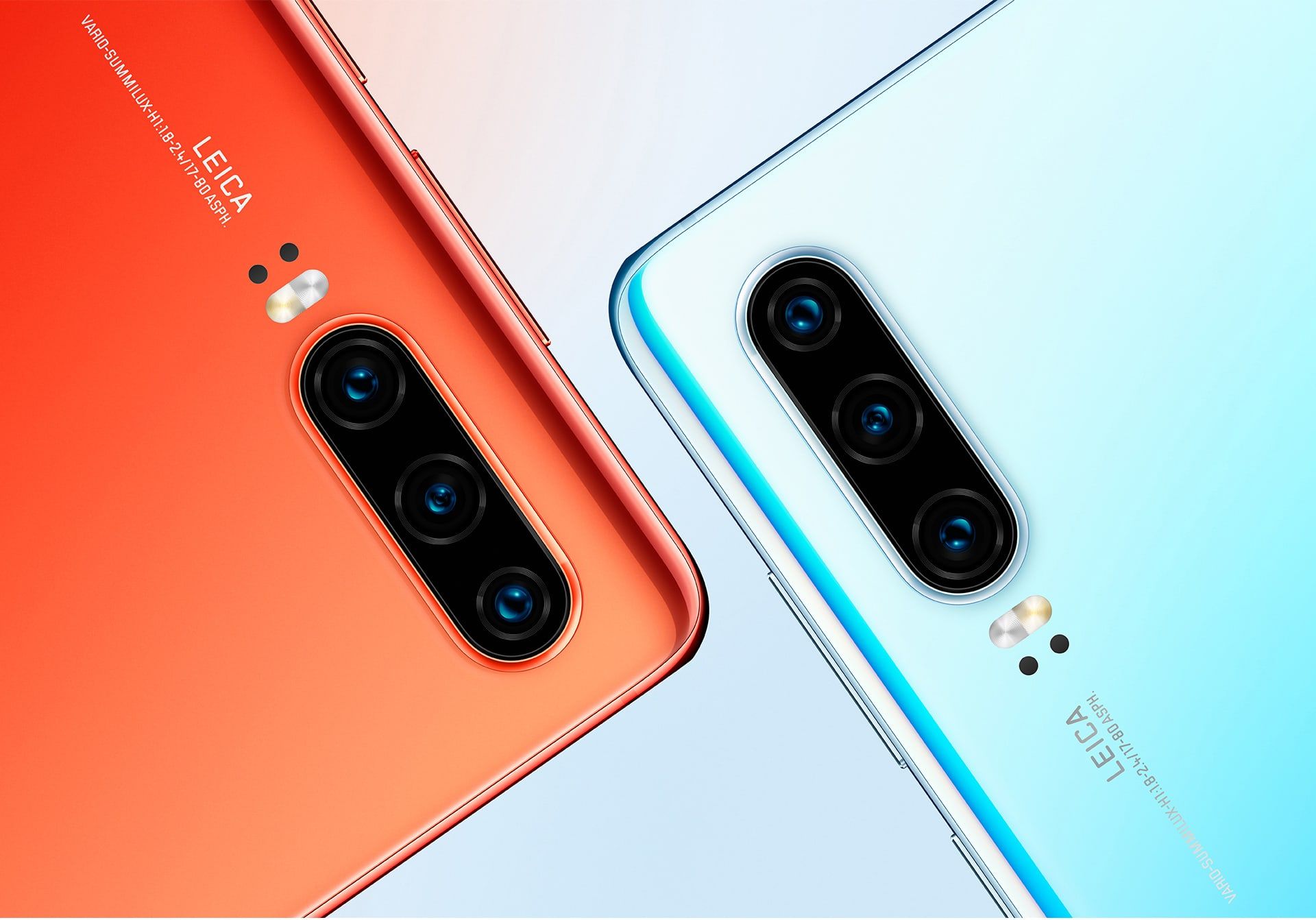 For those who love photography - Huawei P30 Pro

Spearheading the smartphone photography cult is Huawei’s newly launched P30 Pro that offers a combined total of 100 MP between both its front and rear cameras. With an astonishing 40MP+ 20MP+ 8MP setup, the P30 Pro boasts a Periscope lens that offers up to 5x optical zoom, 10x hybrid zoom, and up to a whopping 50x digital zoom. Add to that that the P30 Pro’s front camera is 32-MP, the best we’ve seen so far. The massive 6.47” OLED display runs on an Octo-Core Kirin 980 thread-mill with 8 GB of RAM. The P30 Pro has been jacked up with an Andriod 9. 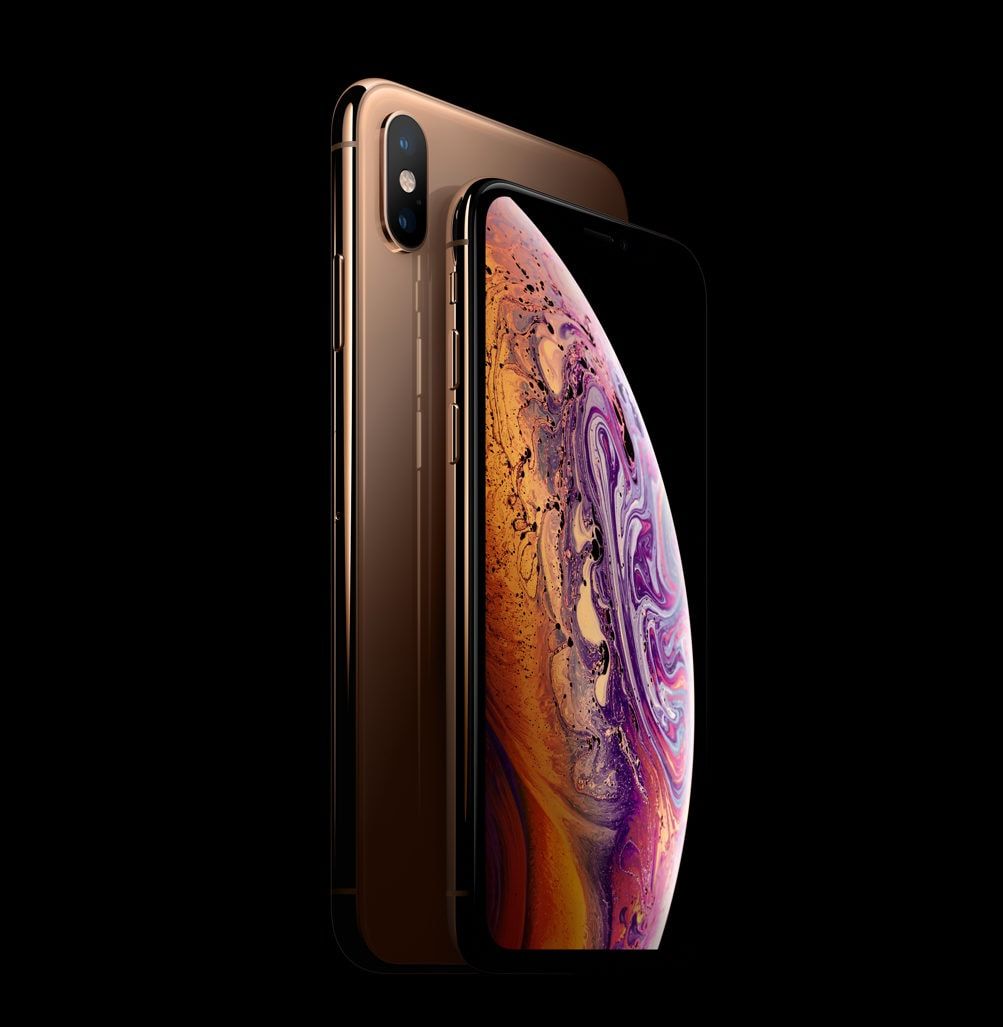 Year after year, the Cupertino tech titans roll out a lineup of iPhones. Their latest instalment, their current flagship, the Apple iPhone Xs Max was actually a successor to the iconic iPhone X of 2017, fixing up few tiny pet peeves and making it more durable. The diagonally measured 6.5″ Super Retina HDR display elegantly displays its visually therapeutic yet intelligent iOS 12. The Xs Max runs on an A12 bionic chip that’s powered by a 3,174 mAh battery pack. To its rear, it features six-lens Dual 12-megapixel wide-angle and telephoto cameras. 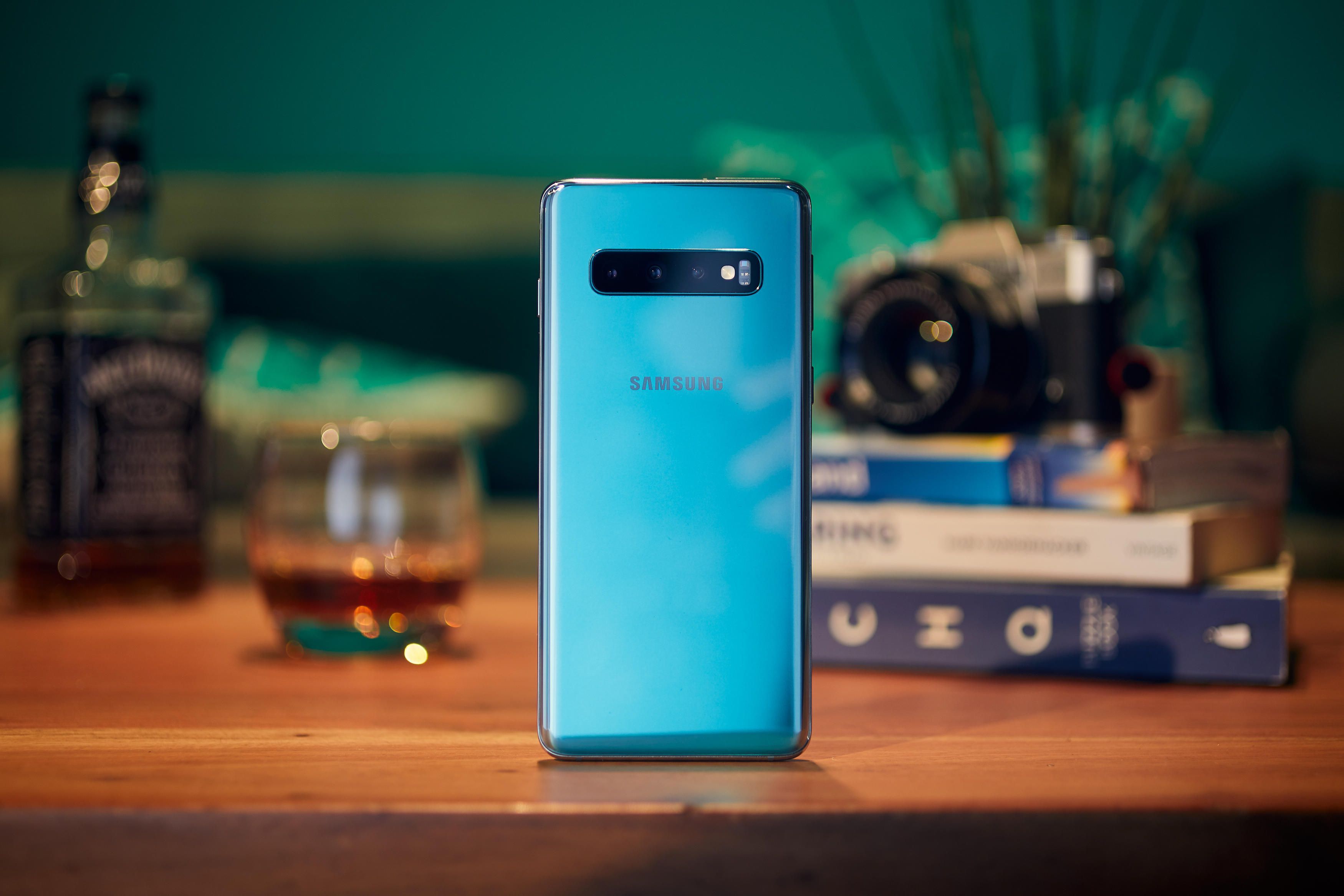 For those who want speed and performance - Samsung Galaxy S10 Plus

While the highly anticipated Galaxy Fold is making its way to the Indian market, Samsung has given us the Galaxy S10 Plus for now, offering the same calibre, just holding back on the foldability. The massive 4100 mAh battery on the S10 Plus was necessary – after all it has tons of heavy-duty features to power. The 6.4” inch Super AMOLED display elegantly displays an Android 9 interface that runs on an Exynos 9820 Octo-core processor. The Galaxy S10 Plus has a 12MP+12MP+16MP triple-camera setup to its rear and a 10MP+8MP dual-camera setup at the front. 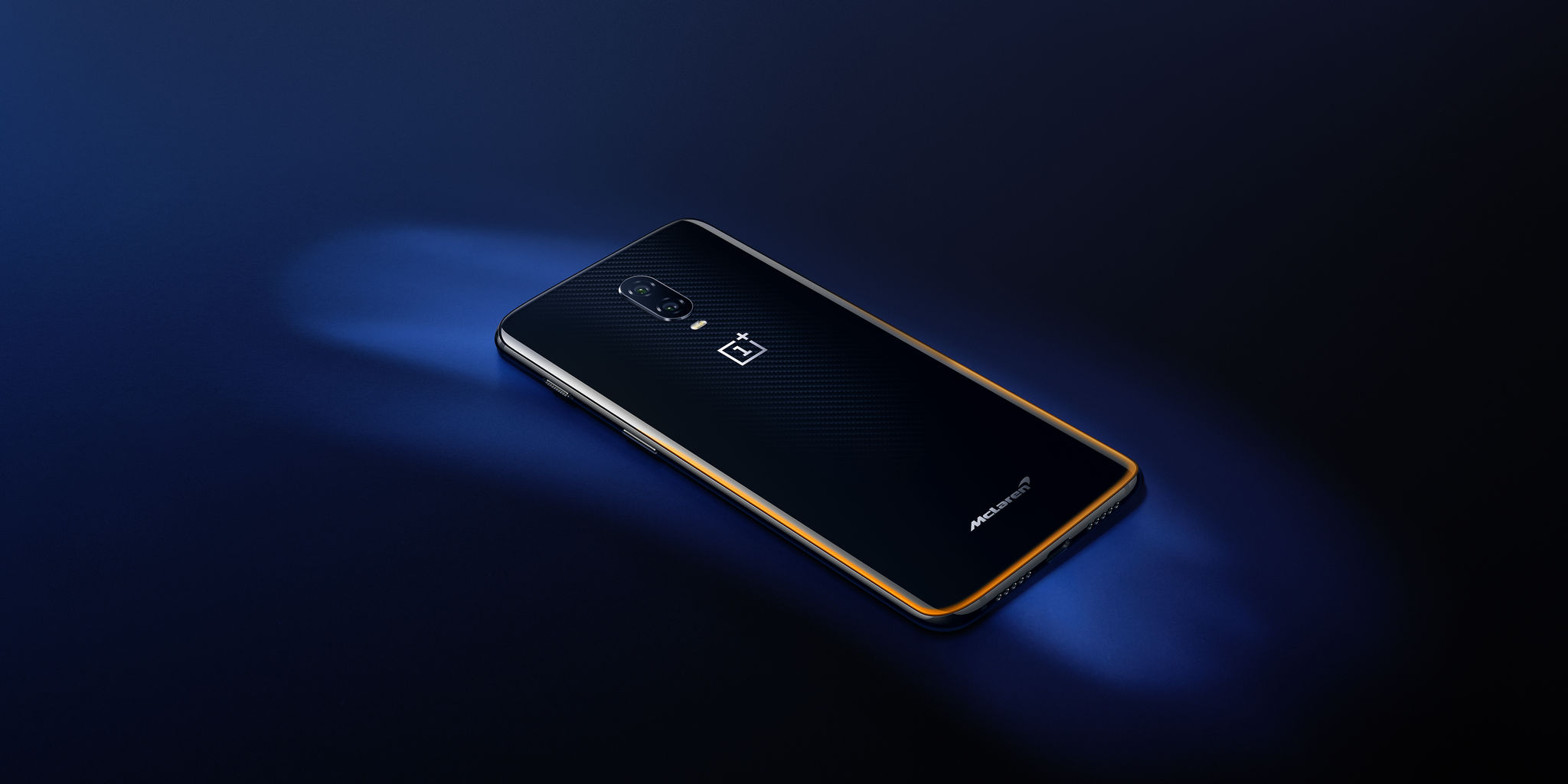 For those who want exclusivity - OnePlus 6t Mclaren Edition

It seems to be a recurring trend – legendary automakers and smartphone powerhouses combining forces to create a masterpiece. First Porsche and Huawei joined hands, and then McLaren and OnePlus, which was also our favourite tech collab of 2018. With McLaren’s signature papaya orange detailing, the OnePlus 6t McLaren Edition’s rear features a a glossy carbon-fibre patterned base. As a salute to McLaren’s speed, the 6t boasts a beefy 10 GB RAM set, the best we’ve seen. It is elegantly interfaced with an Android 9.0 Pie based on OxygenOS, OnePlus’ exclusive operating system and a Qualcomm Snapdragon 845 octa-core. To top it off, the retail kit includes McLaren’s legendary Speedmark logo, crafted from the same AA-grade carbon fibre that’s used in their Formula 1 racing car. 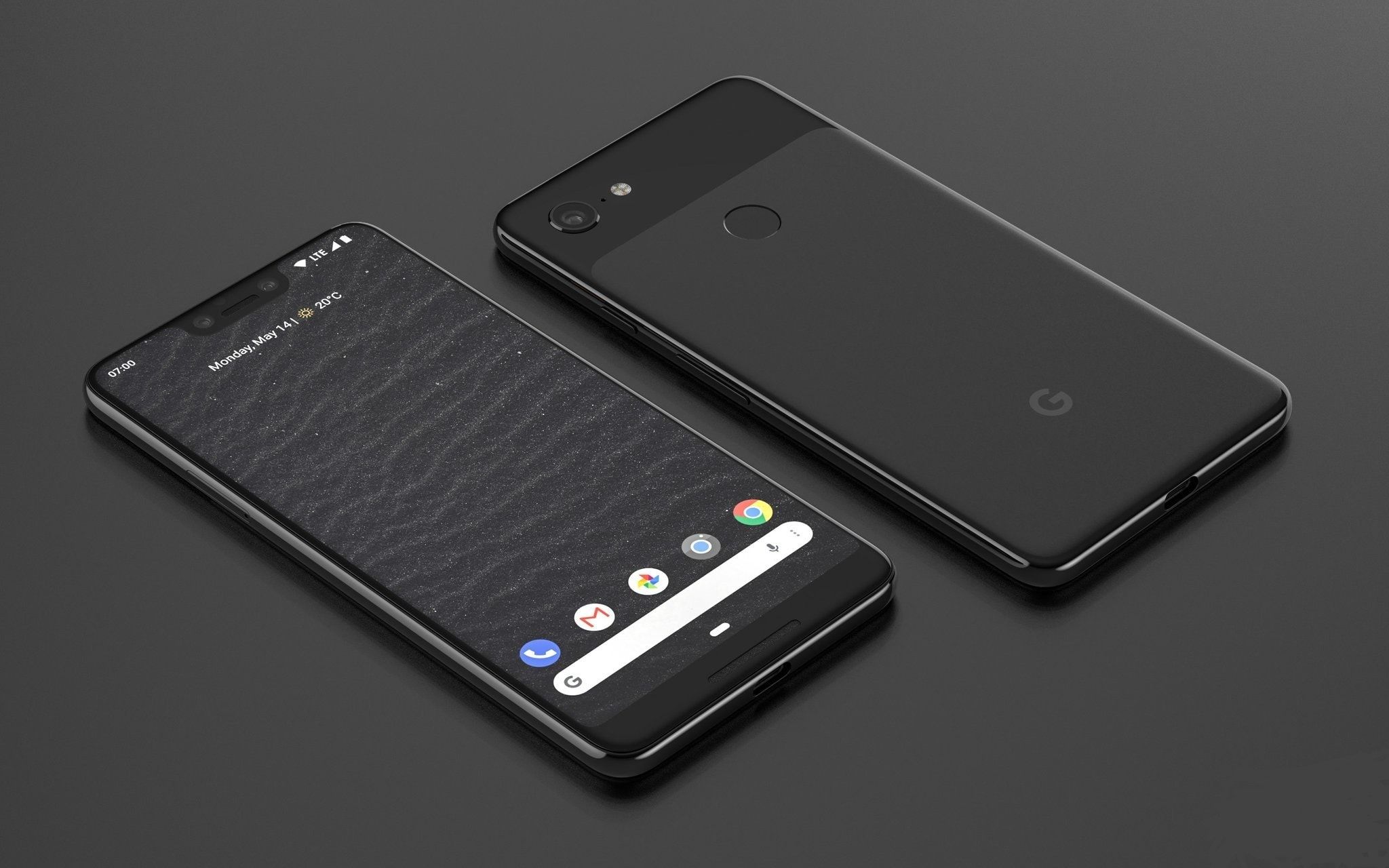 Google’s assistance through smartphones is truly overwhelming – it’s reaching a point where we can control every electronic device with a smartphone. The Pixel 3 XL isn’t about hardware or specs – it’s simply about the state-of-the-art software support offered by this device. Underneath the 6.3” display is an octa-core Snapdragon 845 with a compact 4 BG RAM slot. Another impressive feature is its 12.8 MP camera with an ultra-premium night mode feature.

What sets the Pixel series apart is its ability to study our behaviour, habits, and preferences. For eg, it keeps a tab on our daily work route and the time we leave, and suggests a better departure time and route automatically. Like Google ads, Pixel identifies our searched movies, electronics, and other interests and looks out for best offers. In fact the next Pixel is touted to be smart enough to voice call a venue and book an appointment. If you’re someone who’s looking for constant digital assistance, the Google Pixel 3 XL is the one.