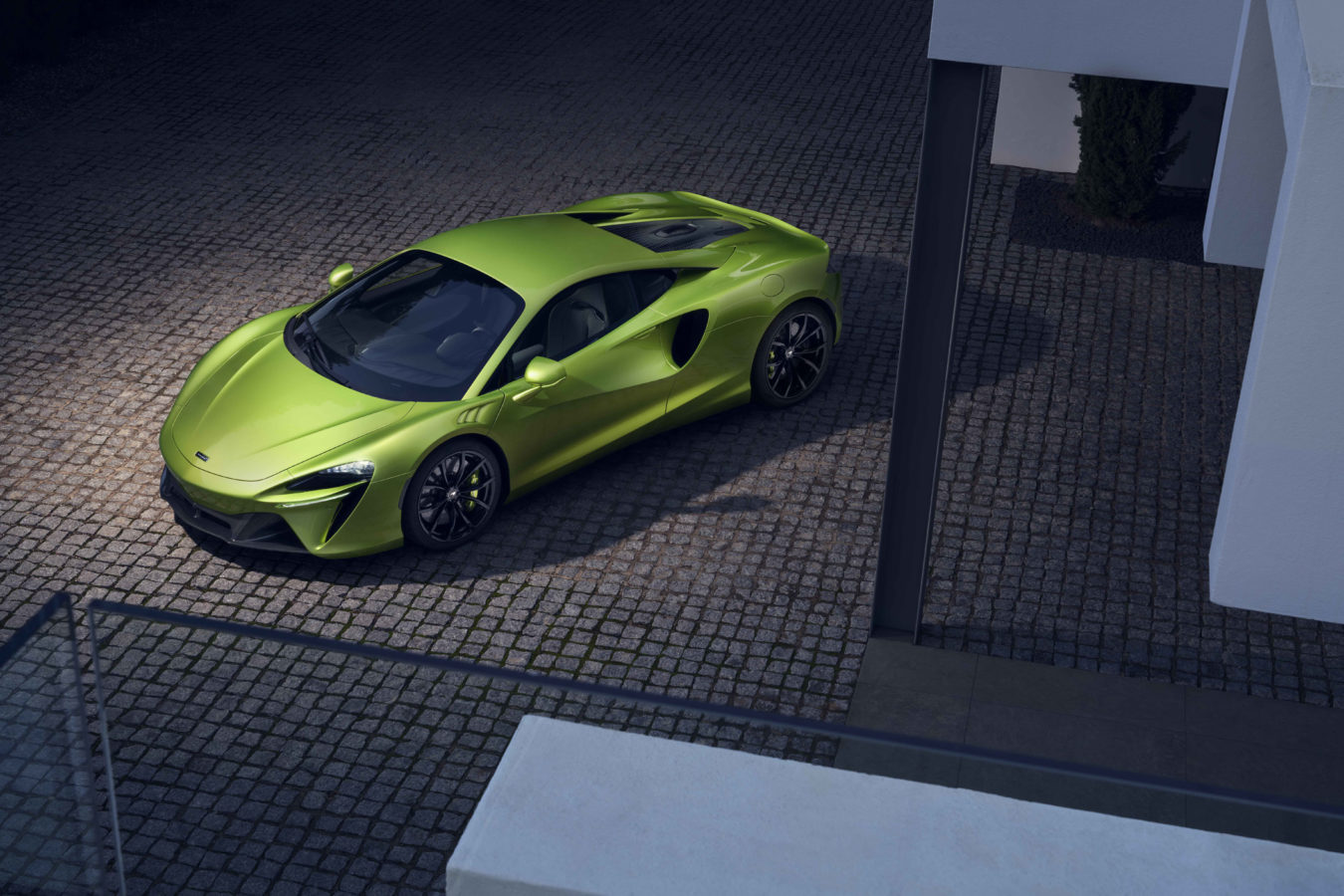 The Artura isn’t just a hybrid reskin, but a whole new breed of McLaren

Gear
The Artura isn’t just a hybrid reskin, but a whole new breed of McLaren
Share this article
Next article

The McLaren Artura, the brand’s first plug-in, hybrid breaks cover today and dawns a whole new world of McLaren for the future. Here’s all about it.

We don’t see new McLaren launches very often but we have one today and it’s truly special. Why? you ask, because it isn’t just another English speed demon leaving the Surrey shed, it’s a whole different machine making an entry. Well, the first of its kind for McLaren, as they now enter the plug-in, hybrid league. The McLaren Artura, a ‘high-performance hybrid’, makes its first global appearance today as it swaps out the twin-turbo V8 for a 3.0-litre V6 and an electric motor.  Here’s everything you need to know about the new McLaren Artura. 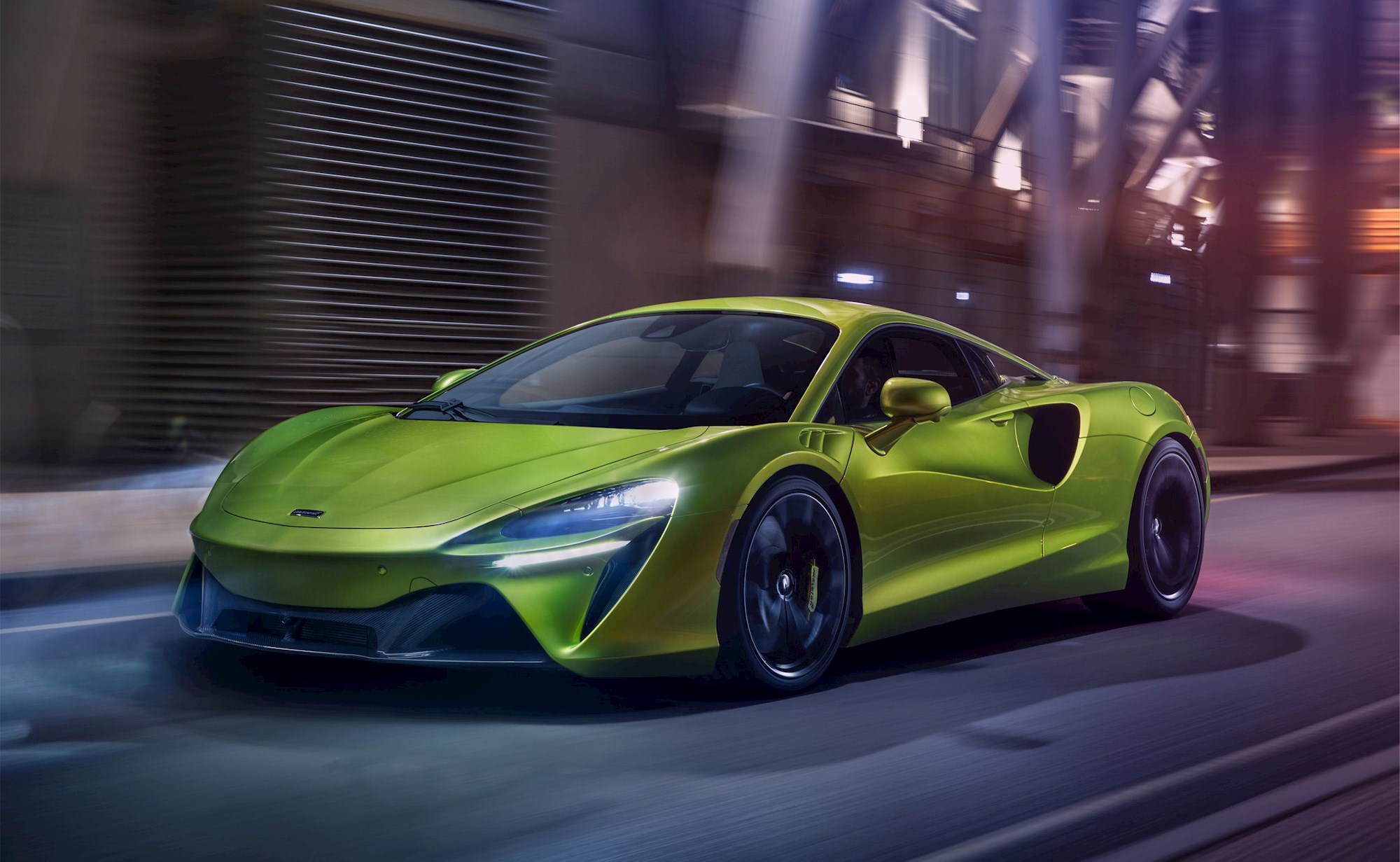 We’ve seen McLaren build a hybrid before, but not a plug-in and considering the verve of electric mobility engulfing the industry, it’s high time the brand placed a chip on the table, or at least turned in that direction. But interestingly, this partial switch towards sustainability is a costly affair. The Artura is said to be priced at $225,000, which makes the McLaren GT their opening price model. Under the hood, the all-aluminum V-6 produces 577-horsepower and 431 pound-feet of torque. The additional electric push numbers to 94-horsepower and 166 pound-feet. McLaren claims total output can peak 671-horsepower and 531 pound-feet. Perfectly efficient for its caliber. 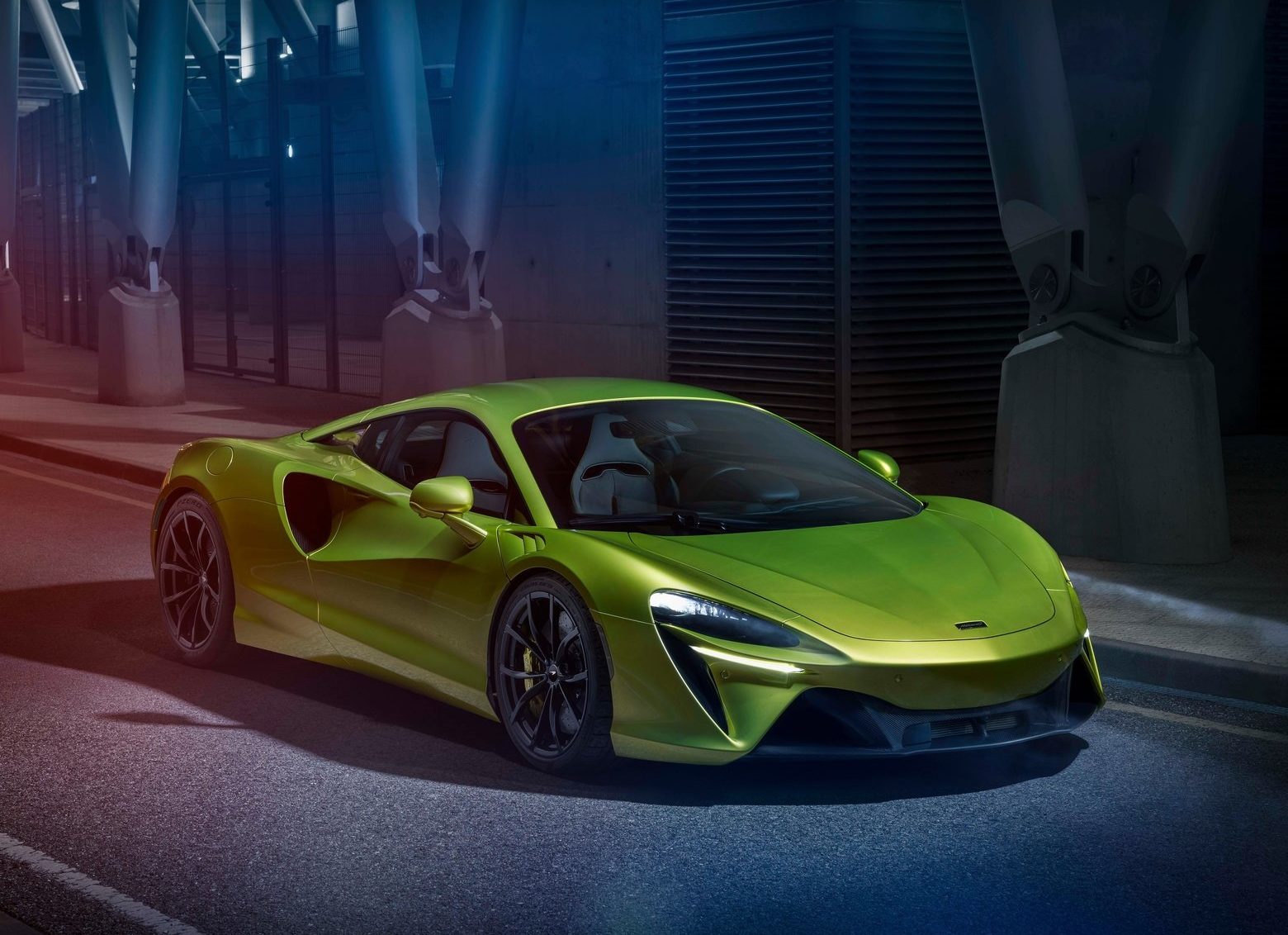 Under the car, the e-motor itself is a state-of-the-art “axial flux” unit which is an expresses the company’s new MCLA architecture. In terms of charge, we see a 7.4-kWh lithium-ion battery pack which is positioned under the rear of the passenger compartment. McLaren claims a 2.5-hour time for an 80 percent charge. Finally, speed – Expect a zero-to-60-mph, electric swish in 3.0 seconds and a max speed of 205-mph. In terms of design, I think the car seriously takes after existing McLaren models but somehow seems smoother. I think the lack of an aggressive look actually makes the car look smaller. Compared to the 570S, the Artura’s side vents have acquired a more organic shape, I think that’s new.

Inside, the cabin is perhaps more spacious than the rest of the McLarens out there. More so, it’s also more plush in terms of the materials used. They’ve swapped out most carbon fiber trims for micro-fibre and hide, which suggests that it’s meant to be more of a driver’s car than a race-car. We also see an 8-inch infotainment screen and power-adjustable “comfort seats”. One thing remains constant, they haven’t changed the steering, which will continue to use electrohydraulic assistant.

The McLaren Artura is set to make an on-road debut in 2022.